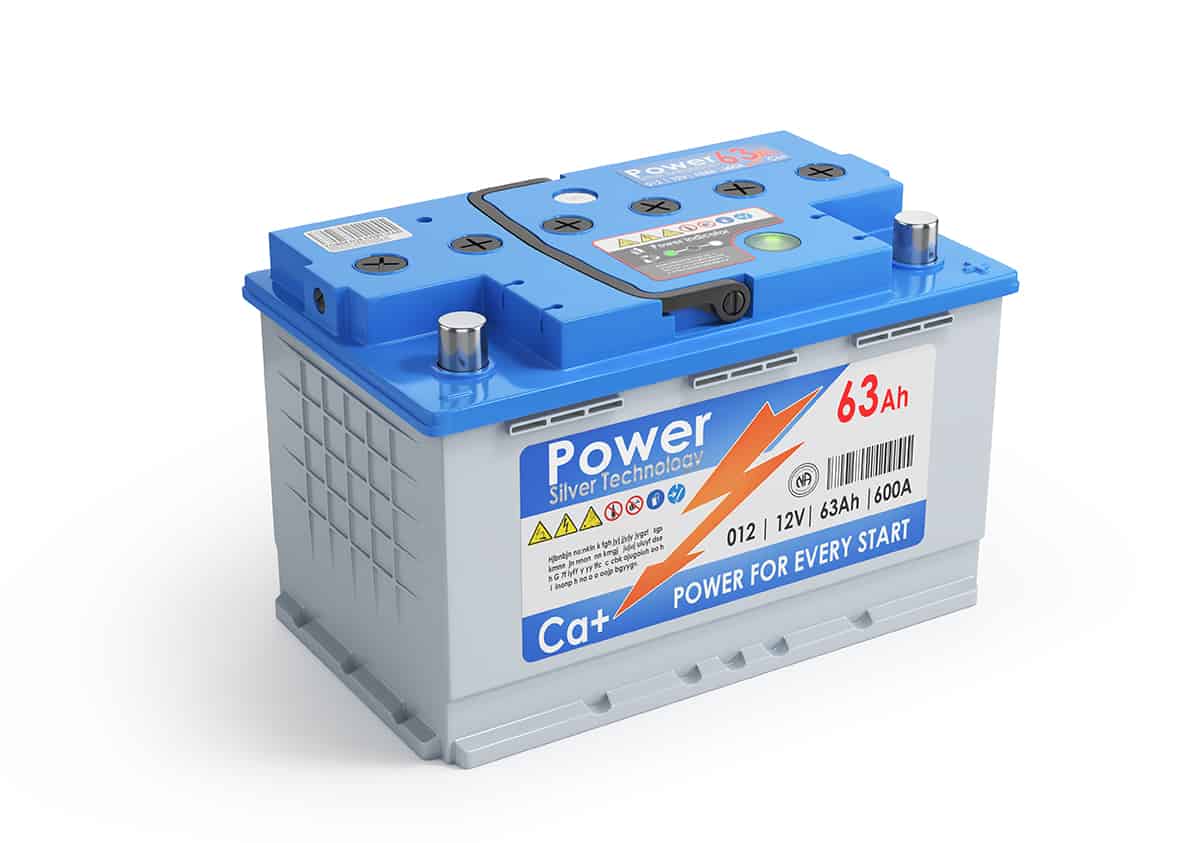 Every 3 to 5 years or so, car owners are required to swap out their car batteries out with a fresh one. Most passenger cars use 12V batteries, but what are their measurements and weight? 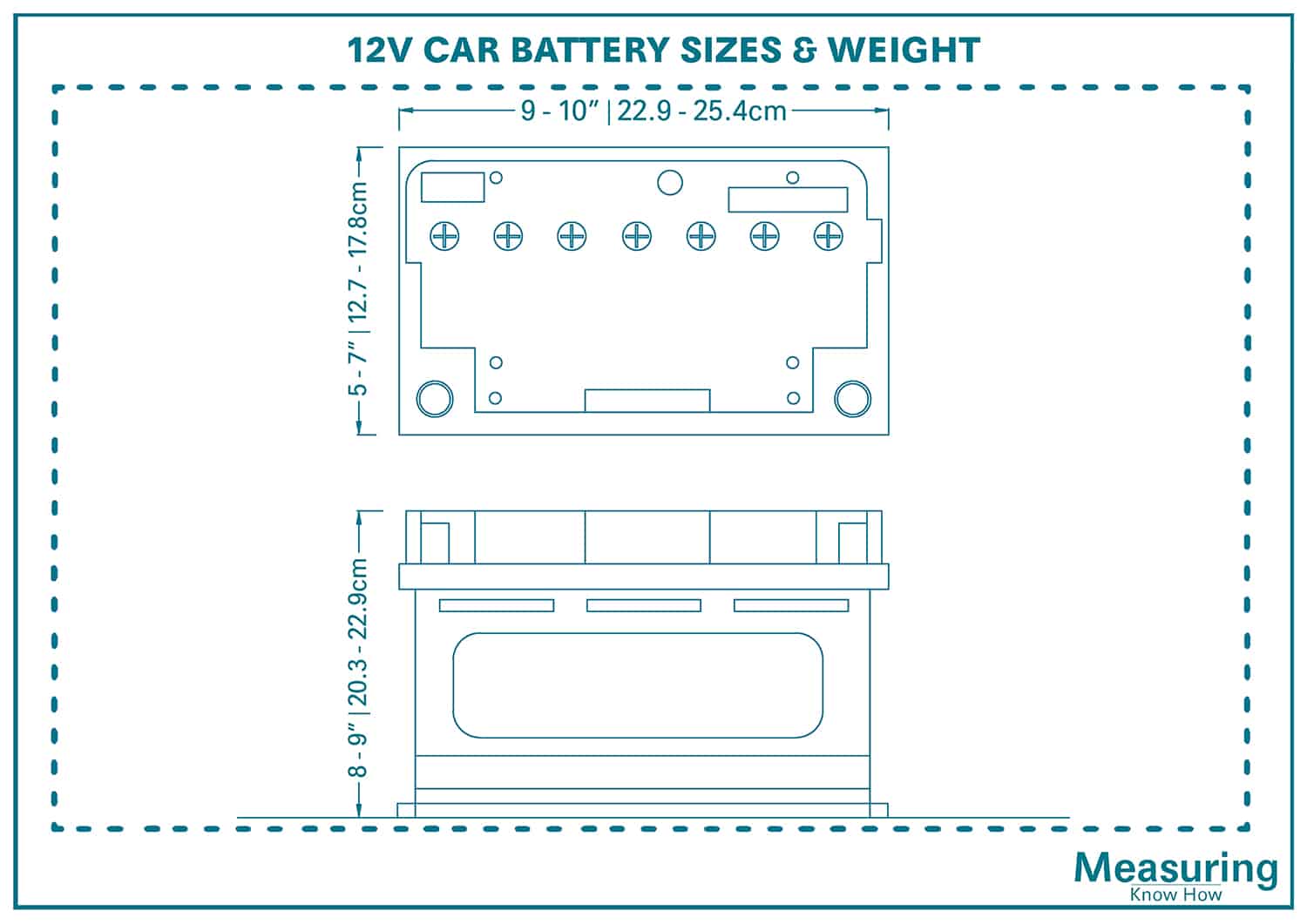 However, there are factors that can affect the size and weight of a 12V car battery. If you’re interested in learning what those factors are, I invite you to continue reading. 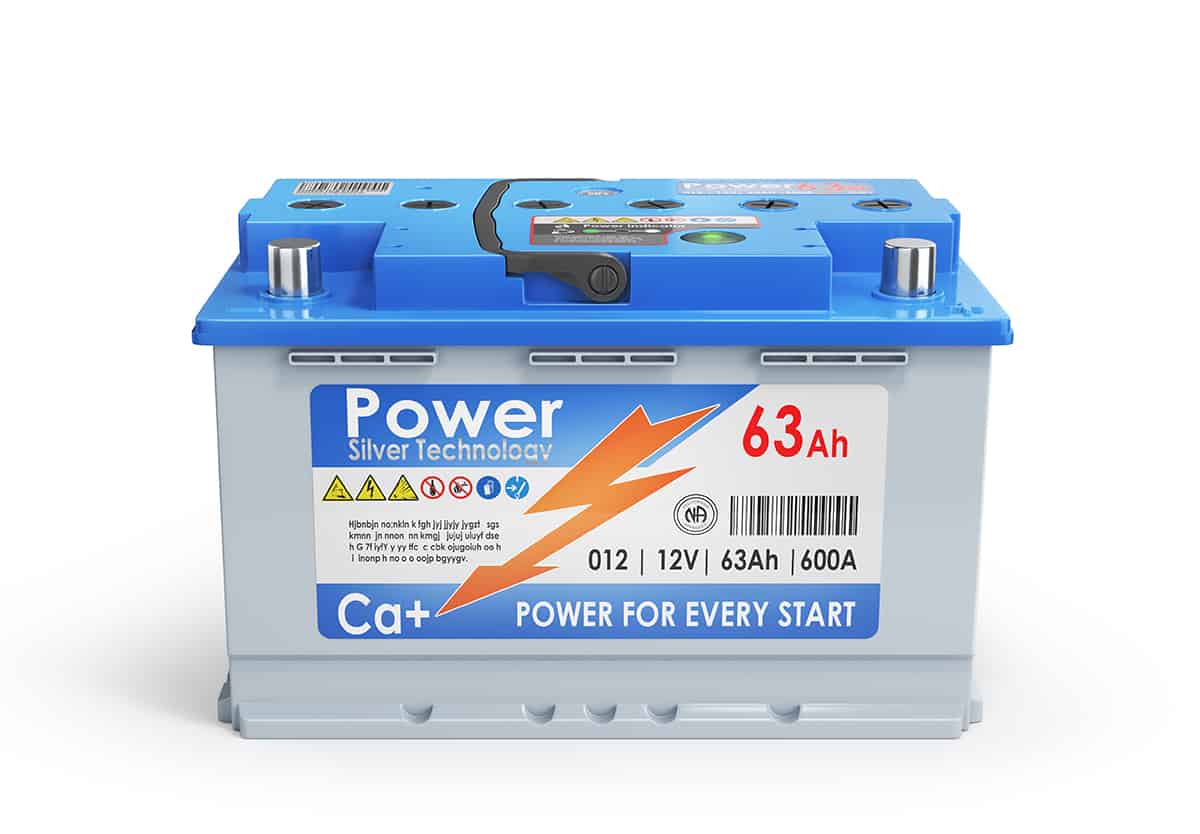 When it’s time to replace your car’s battery, there’s no universal battery size that will fit every car on the planet. So, how do you determine the size of the battery?

The chart simply places batteries into different group categories based on their physical size, the location of their terminals, as well as the type of battery that is suitable for which vehicles.

Below is a brief chart that describes the most widely used BCI group sizes for passenger vehicles, their physical dimensions, as well as their average weight. 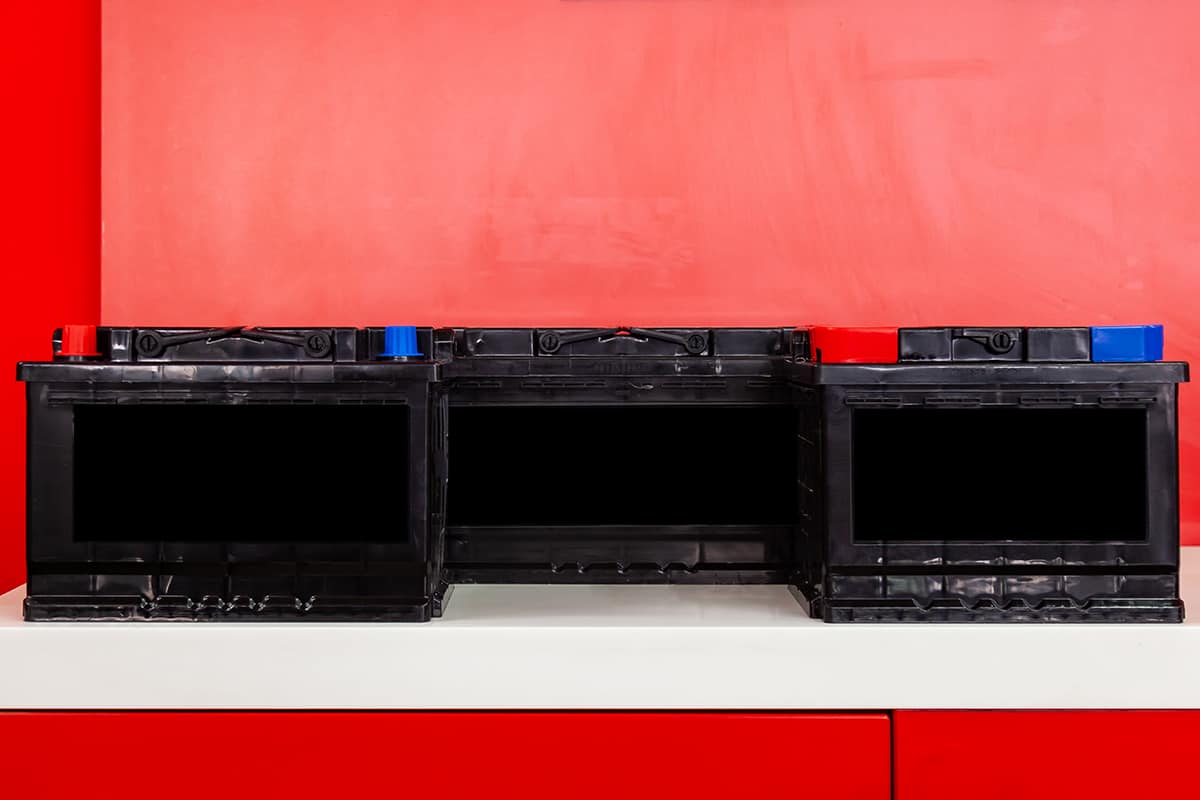 In the table above, I listed the average weight of each battery based on their BCI group size. However, that’s not all there is to know about the weight of a 12V car battery.

On average, there are # factors that affect how light or heavy a car’s battery is. I’ll list those factors and explain them briefly down below.

Age: An older battery is assumed to contain less of a charge as opposed to one fresh out of the box. As such, it will weigh considerably less than a brand-new 12V battery. An empty battery—i.e., one that cannot start a car—can weigh as little as 7 pounds (3.2 kilograms).

Weight Class: There are 2 weight classes when it comes to car batteries—light and standard. Light batteries weigh around 30 pounds (13.6 kilograms) and are used to power small passenger vehicles, whereas the weight of a standard car battery can be found in the table above. On average, it will weigh 48 pounds (21.8 kilograms).

BCI Group: The BCI group will generally give you an idea of whether one battery group has a different weight from another.

Brand: Although the dimensions of a specific BCI group battery size will remain the same, batteries by different brands may vary. For instance, a BCI group 65 battery by ACDelco weighs 45.9 pounds (20.8 kilograms), while the same battery type and size by Full throttle weighs 57.5 pounds (26.1 kilograms).

Battery Type: In general, there are 8 car battery types. Your car will use a specific type of battery that may not be interchangeable with other types. For instance, electric cars use Li-Ion batteries, and you would not want to swap it out with a dry-cell battery.

Why Does Size and Weight Matter?

If the BCI didn’t categorize batteries based on their sizes, then this question would make no sense. However, there’s a reason why car batteries are placed into different groups—because they deliver different levels of power.

Conversely, if you place a larger battery inside a smaller car, the battery will provide too much power, which may overheat the alternator and reduce its lifespan dramatically.

Why Are Car Batteries So Heavy?

Assuming we disregard lightweight car batteries, you’re probably wondering why they’re so heavy. As I explained earlier, the average weight is around 48 pounds (21.8 kilograms), which is about the same as an entire hay bale.

Long story short, car batteries contain lead, which is precisely 11.4 times denser than water. According to the Handbook Of Batteries, roughly 60% of a lead-acid battery (one of the 8 car battery types) is comprised of lead.

So, if we were to somehow remove all of the lead inside of a 48-pound lead-acid battery, we would be left with roughly 19.2 pounds (8.7 kilograms) of plastic and other materials.