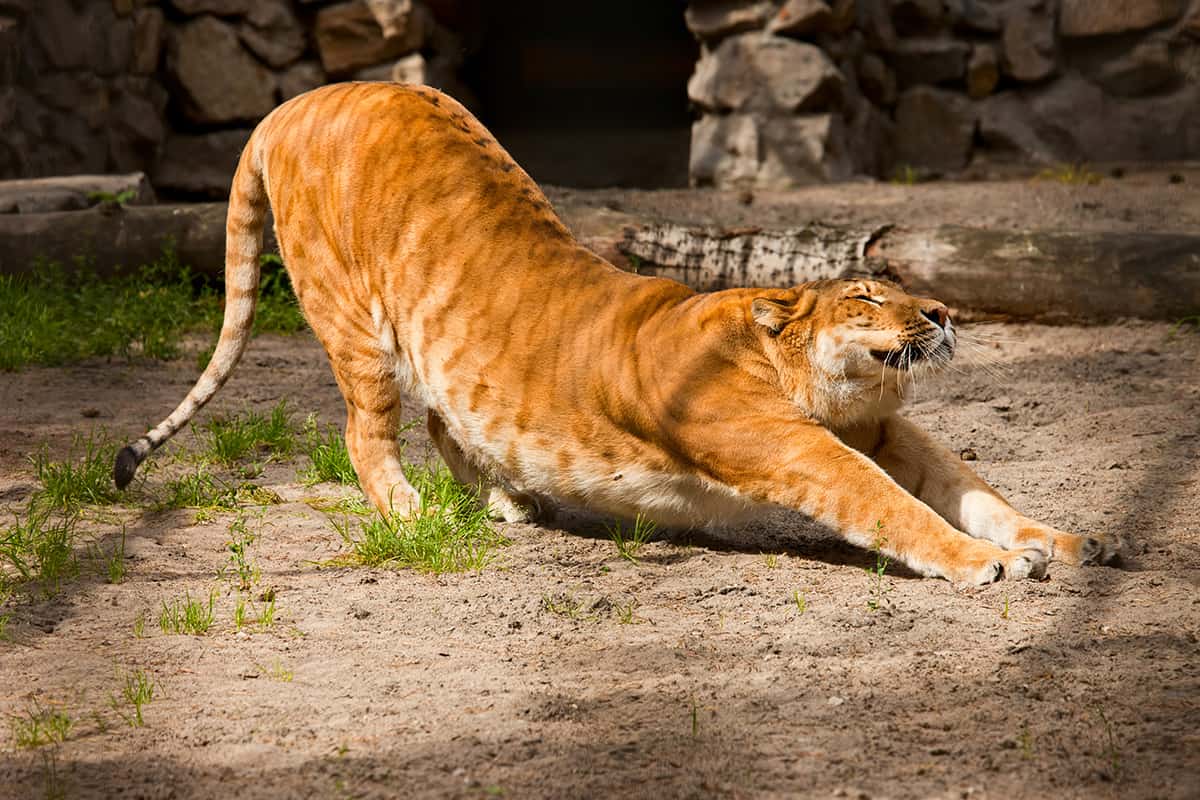 One of the most enjoyable things you can do at a zoo is take a look at the largest animals in the exhibits. It’s amazing how wild beasts can grow so much, even though they don’t receive nearly as many nutrients as we humans do.

There are hundreds of animals on our planet that can grow to 10 feet or longer. Below, I’ll share with you 9 fascinating animals that grow to such large proportions! 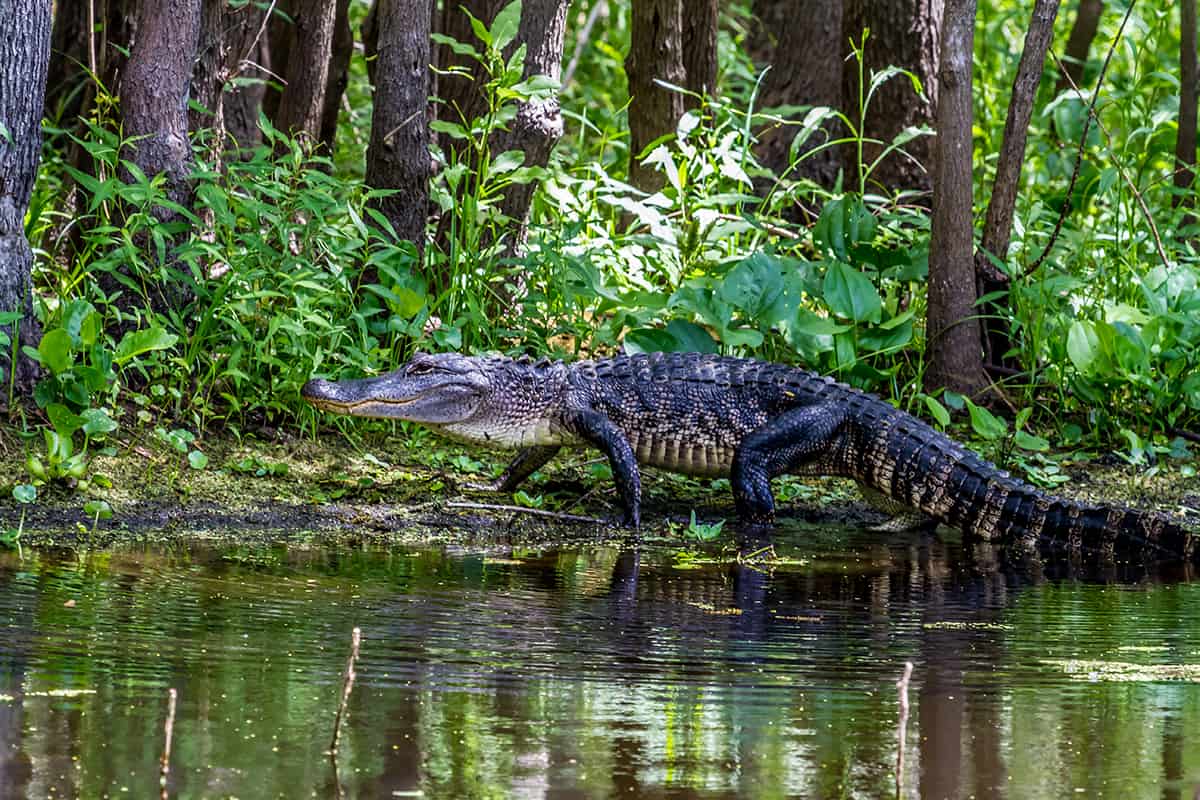 If you’ve ever visited Florida or Louisiana before, one animal you should keep an eye out for is the American Alligator. Not only can they grow up to 15 feet long, but they are ferocious creatures that will consume all sorts of animals, including other alligators and even people!

This also happens to be the largest reptile in the entire North American continent. But as threatening as they can be, they have also found their way onto the dining table, with many people adding Cajun spices onto the meat before throwing it on the grill. 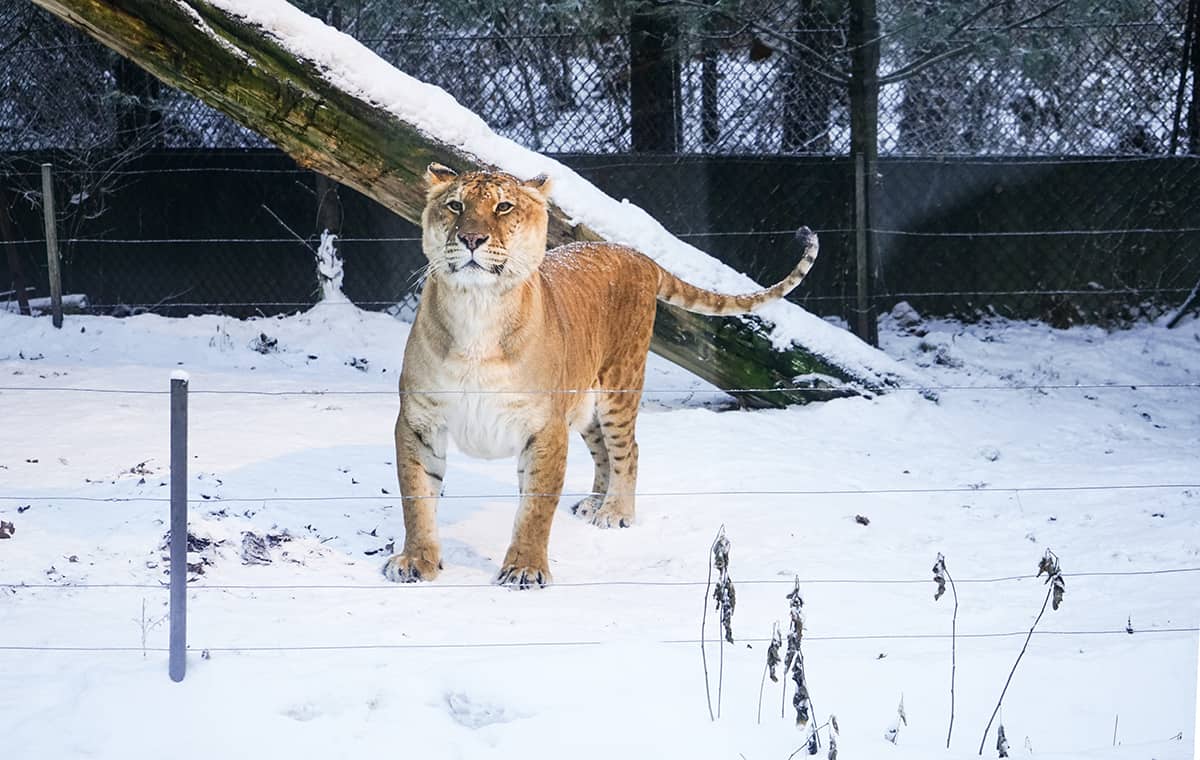 As you can probably tell by its name, ligers are a hybrid species. They are the offspring of a daddy lion and a mommy tiger, and they are also the largest known cap species on the entire planet. Ligers are known to grow more than 10.8 feet long and weigh up to 1,000 pounds.

As majestic as these beasts are, ligers are only found in captivity. This is due to the fact that tigers and lions don’t coexist in the wild (only in zoos). Also, male ligers are born sterile, but their female counterparts have been known to produce young. 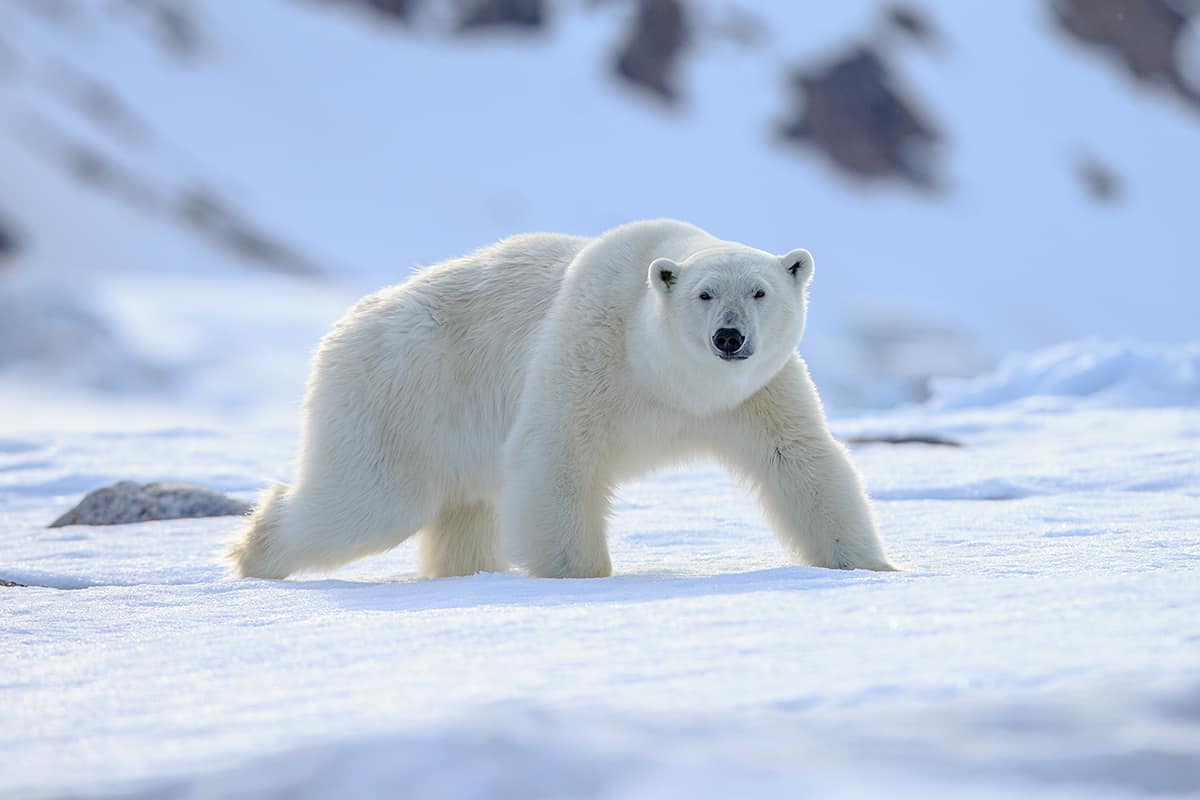 As cute and cuddly as Coca-Cola wants us to believe polar bears are, they’re not something you’d want to mess with. Polar bears can be highly aggressive, and mixed with their heightened levels of curiosity, coming across a polar bear can be nothing but life-threatening on your part.

On all four legs, a polar bear will typically measure between 3.5 and 5 feet tall. However, while standing on its hind legs, it can reach heights of over 10 feet. Sadly, polar bears are classified as vulnerable, meaning that their population is decreasing at a rapid rate. 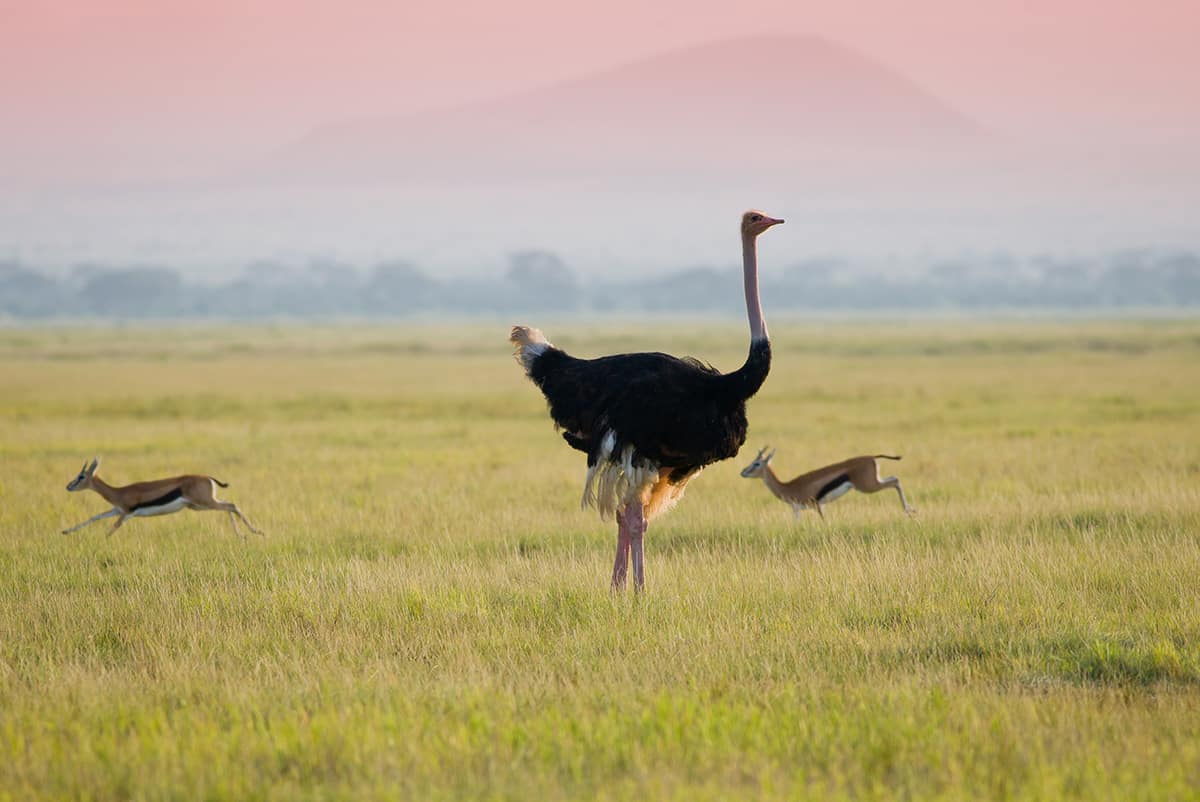 Even though ostrich can be farmed for their meat, that doesn’t mean they are docile creatures. In fact, if you ever get on the wrong side of this beast, a single kick is all it takes to end your life. Also, contrary to popular belief, ostriches don’t stick their heads in the sand, but instead, they’ll place their head on the ground to appear less visible to predators. 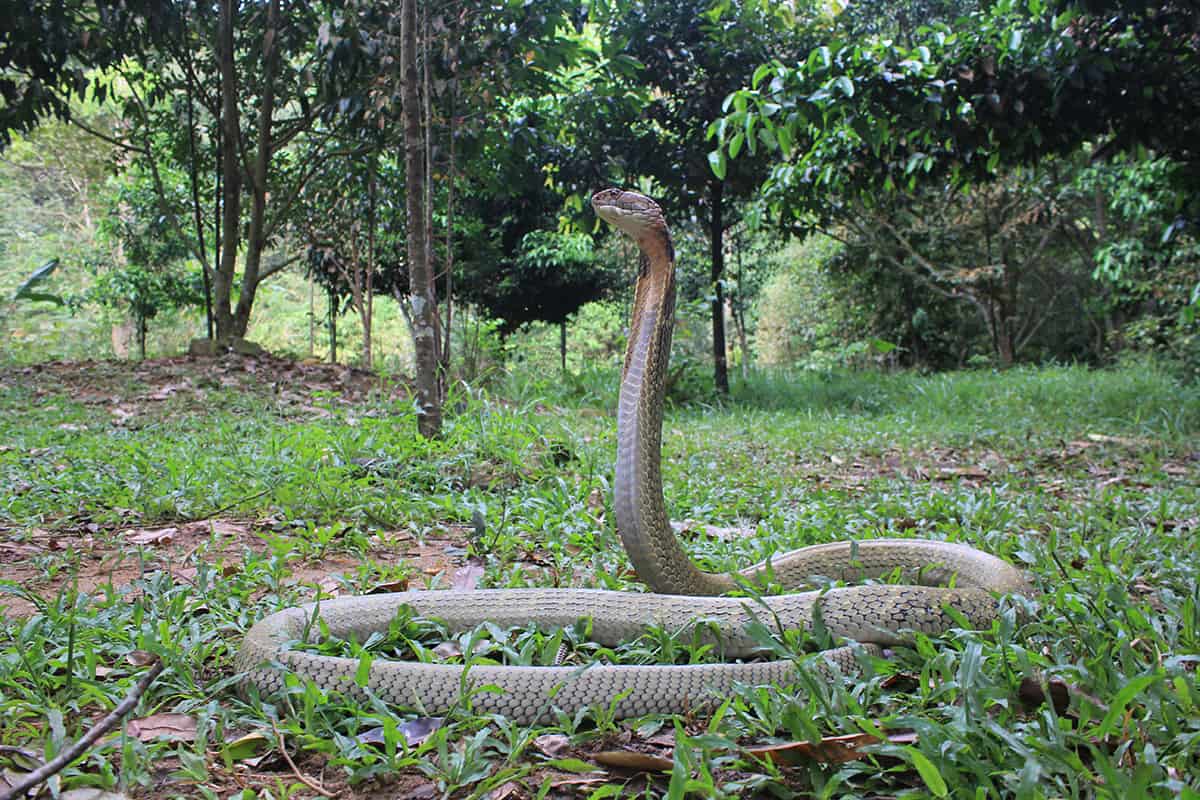 When it comes to snakes, there are two types that you should be wary of: constrictors and venomous snakes. King cobras fall into the latter category, and they are also the longest venomous snake in the world, reaching lengths of over 15 feet! However, the typical adult king cobra will “only” measure 10 to 12 feet long.

Although king cobras are one of the most feared predators, they are not on top of the food chain. A tiny mammal known as the mongoose poses a huge threat to the venomous snake species, and some reports claim that mongooses win up to 80% of their bouts against kind cobras. 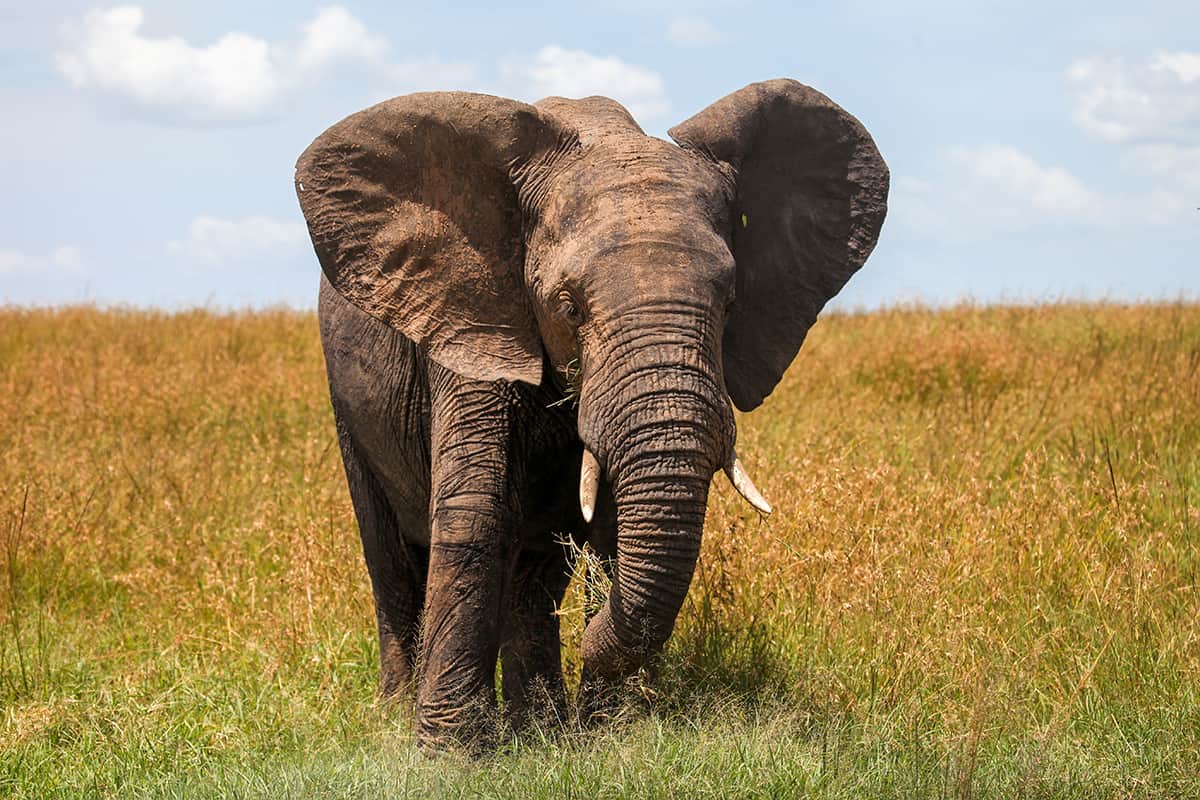 There are only three species of elephants: the African bush/savanna elephant, the African forest elephant, and the Asian elephant. Of the three, the African bush elephant is the largest, growing up to 13 feet tall! These beautiful creatures typically grow to weigh up to 14,000 pounds and live up to 70-odd years.

Have you ever heard that elephants can’t jump? This is 100% factual. Being so large and muscular, elephants don’t need to leap away from predators. Instead, they live in groups to ward off any potential predators. Why would you need to jump away from danger when you can trample it? 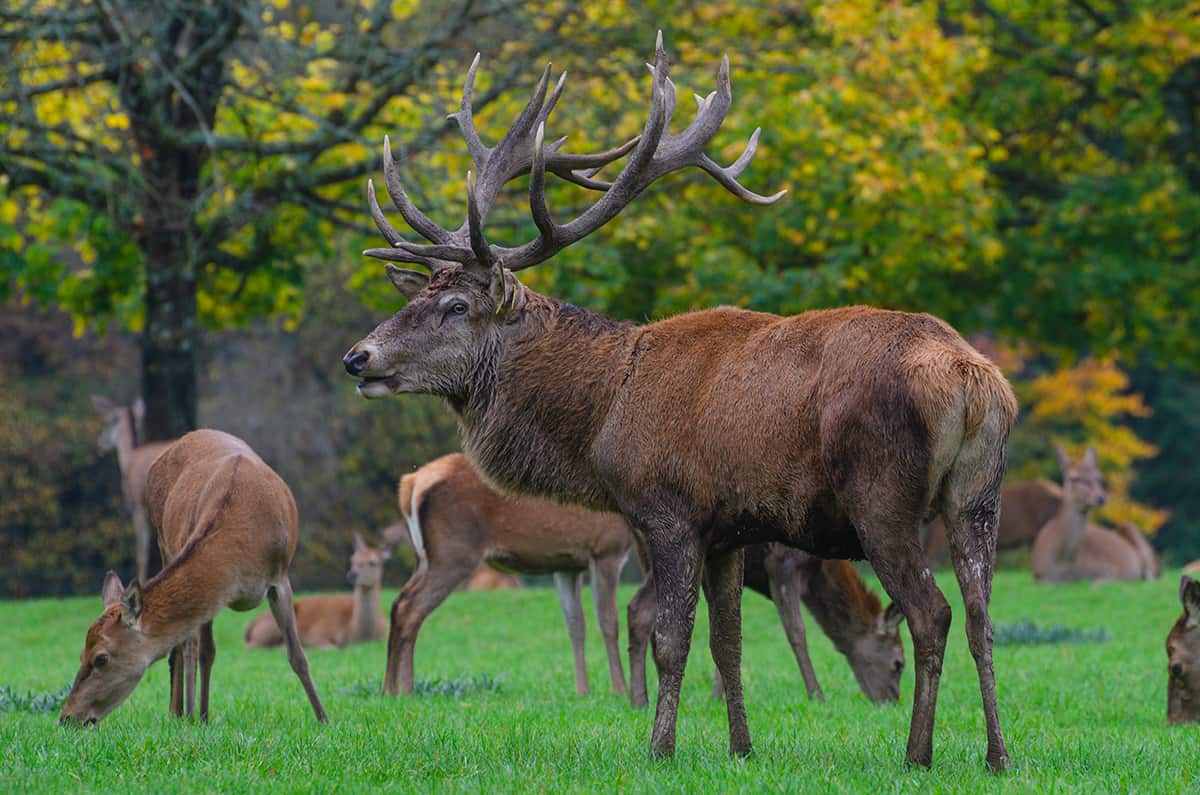 Even though moose are a type of deer, they’re not the type of creature you would want to hunt in the wild. In fact, if you rub a moose the wrong way, it may come charging at you and crash into your vehicle with all of its 1,200 pounds of muscle!

The typical adult moose will stand up to 8 feet at its shoulders, but if you include its head and antlers, you’re looking at an imposing beast that stands 10 feet tall! Another interesting fact about moose is that they are hunted by sharks. This is because moose are powerful swimmers and spend considerable time in the water feasting on aquatic vegetation. 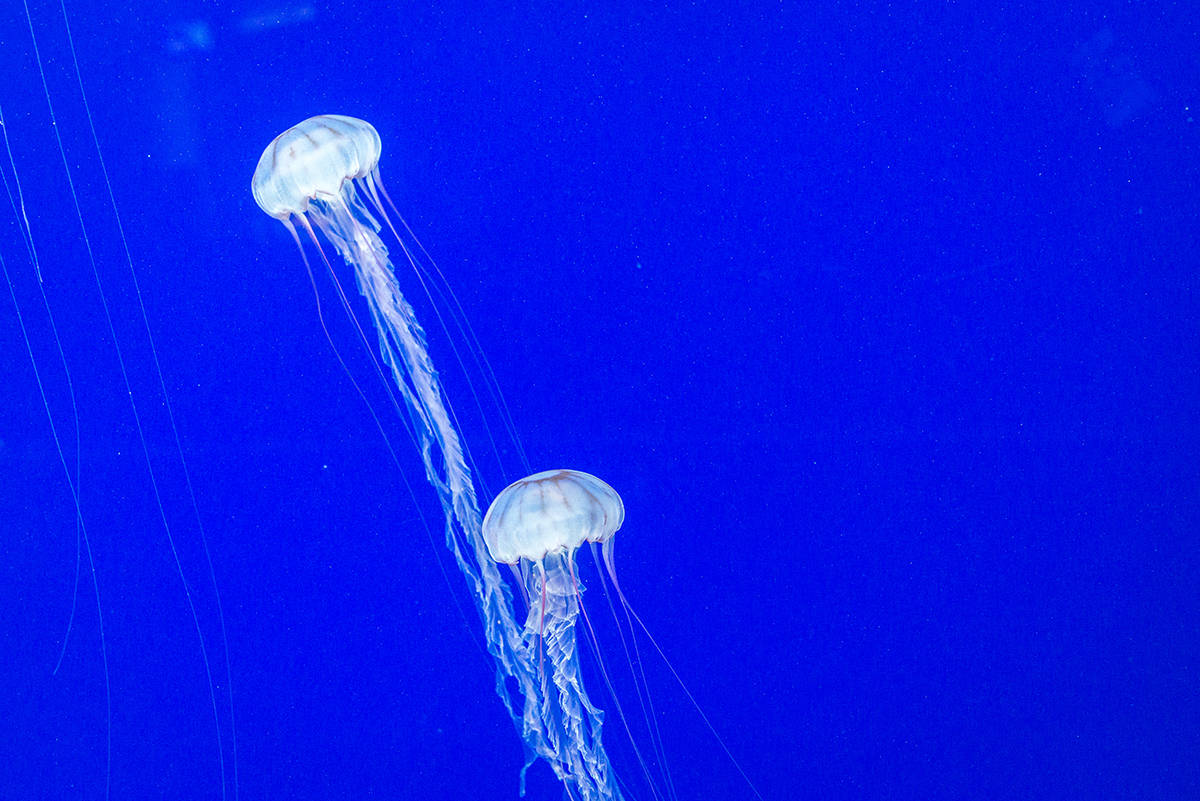 There have been at least 51 identified species of box jellyfish. Some species grow to just 8 inches long, while others, such as the Australian box jellyfish, which just so happens to be the most venomous marine animal in the world, can reach sizes of up to 10 feet!

Even though we mainly know jellyfish as being stagnant creatures who wait for unsuspecting prey to swim into their unassuming tentacles, box jellyfish can swim at a rate of up to 6 meters (nearly 20 feet) per second! Did you need another reason not to visit the Land Down Under? Well, here it is! 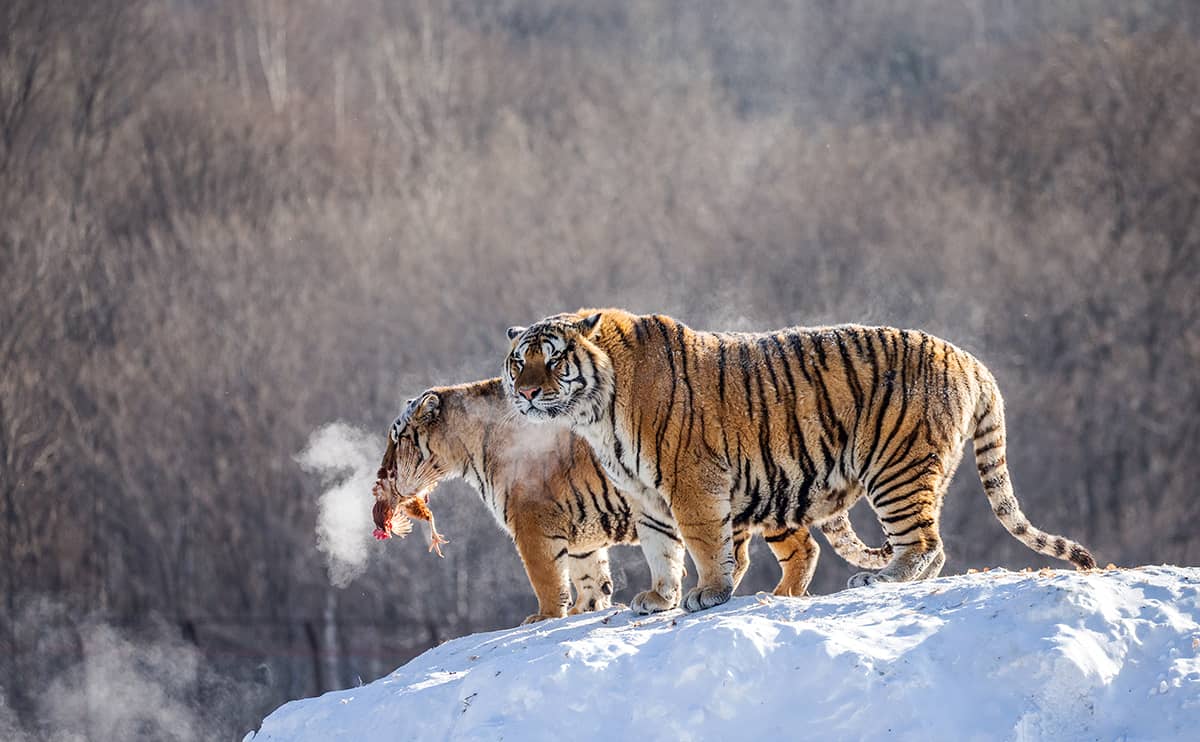 To date, there have been nine identified subspecies of tigers, though three of them have been wiped off the face of the planet. The other six, including the Siberian tiger, are dangerously close to extinction. We have illegal poaching and the destruction of their habitat to thank for their critically low population levels.

The Siberian tiger can measure up to 11 feet long from the tip of its tail to its snout and weigh anywhere from 400 to 700 pounds. The remaining population of wild Siberian tigers can be found in Russia, China, and North Korea.