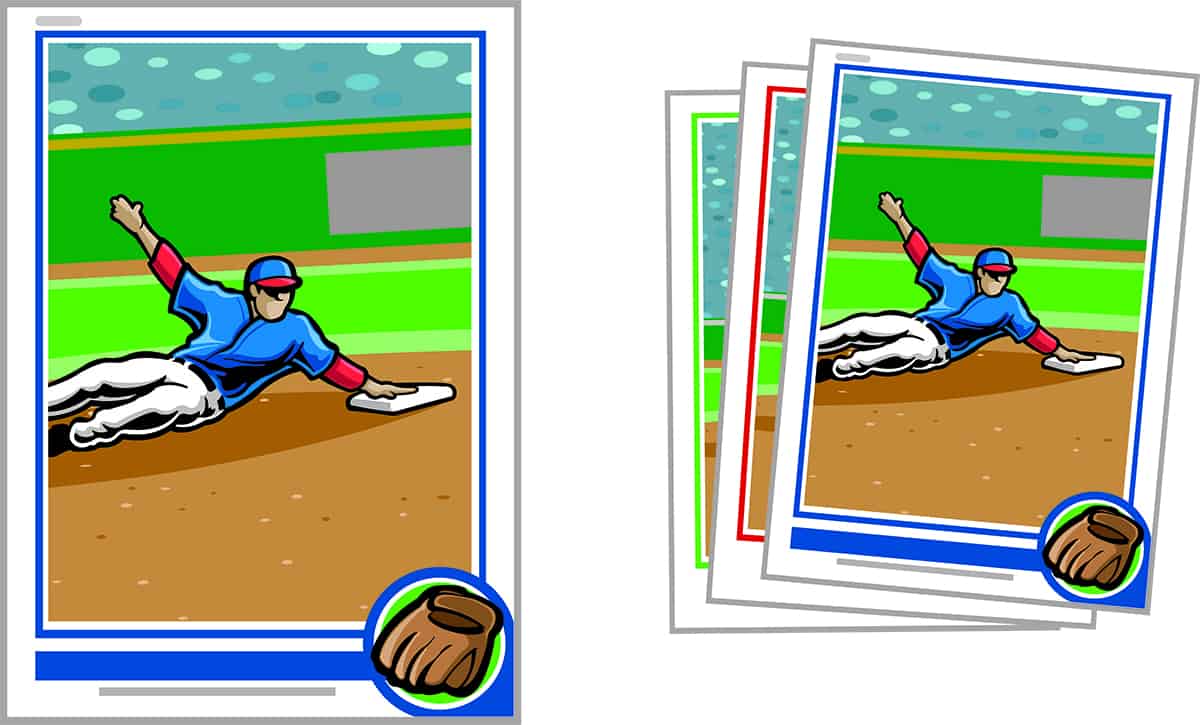 Baseball cards are a huge part of American history. Even though the sport has dropped in popularity, baseball cards are still highly collectible, with some cards being worth over millions of dollars. The size of baseball cards has changed over the years, but today, we’re most familiar with seeing rectangular cards that don’t differ much from other collectible cards.

It’s important to note that there is no set standard when it comes to baseball card sizes, and as history has shown, they can their exact measurements may differ over time.

In the following sections, I’ll go into greater detail regarding the chances of baseball card sizes over the years, as well as discuss what sort of cards to look for. 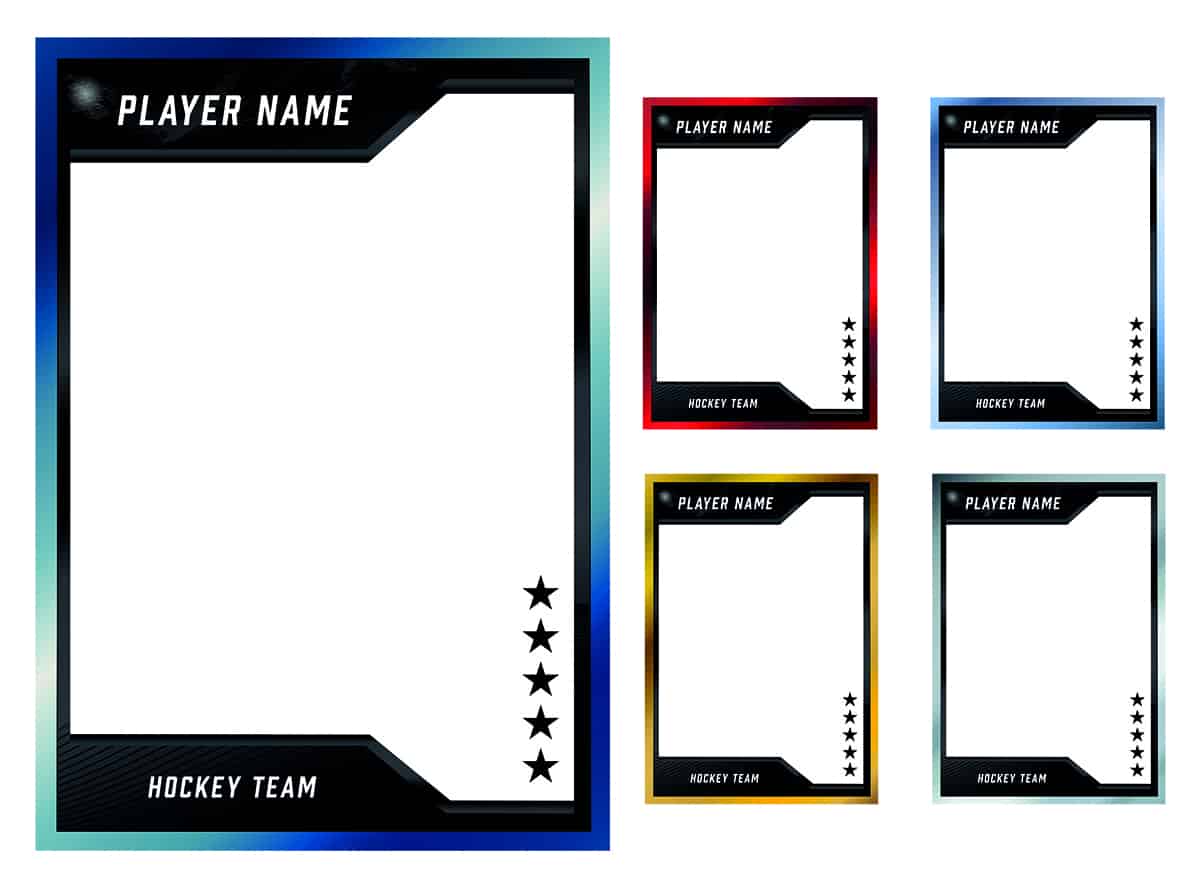 There is no such thing as a standard baseball card size. In fact, over the course of more than two centuries, the size of a baseball card has changed rather dramatically. However, when you think of a baseball card, you’re probably thinking of 2.5 × 3.5-inch cards, which is the standard size for trading cards.

For the most part, baseball cards that were printed after 1957 will measure 2.5 × 3.5 inches. So, if you have a collection of baseball cards that do not match these measurements, the odds of it being an older print are significantly higher. However, there are exceptions to this rule, which you can see in the following table.

As you can see, the size of the baseball card varies based on when the card was printed, what type it is, and what company made them.

Topps, Upper Deck, and Panini make the collectible baseball cards we know today. Back in the day, T206 Cards were available in cigarette packs made and distributed by the American Tobacco Company.

Also, when it comes to the rarest, most valuable baseball cards, none of them will follow the typical 2.5 × 3.5-inch size we know today. That is because they were printed long before collectible cards followed a standard size.

What Are the Rarest Baseball Cards?

In baseball card circles, there is something known as the “Big Three.” The Big Three refers to three baseball cards that are extremely rare and have become the Holy Grail among collectors.

Those cards are the Honus Wagner (T206), the Eddie Plank (T206), and the Napoleon Lajoie (Goudey) cards.

Both the Honus Wagner and Eddie Plank cards were T206 cards, which were printed by the American Tobacco Company. Due to public outrage against a tobacco company’s affiliation with professional sports, these cards, as well as any other card that was distributed with loose cigarette packs, were taken out of distribution.

The Napoleon Lajoie card was made available only after Goudey received complaints of a missing #106 card. Anyone who wrote the company would receive a free #106 card, which featured the five-time AL batting champion and Cleveland Guardians Hall of Famer. The card was intentionally “missing” from Goudey’s set of 240 cards made available in packets of bubble gum.

Which Baseball Cards Are Worth the Most? 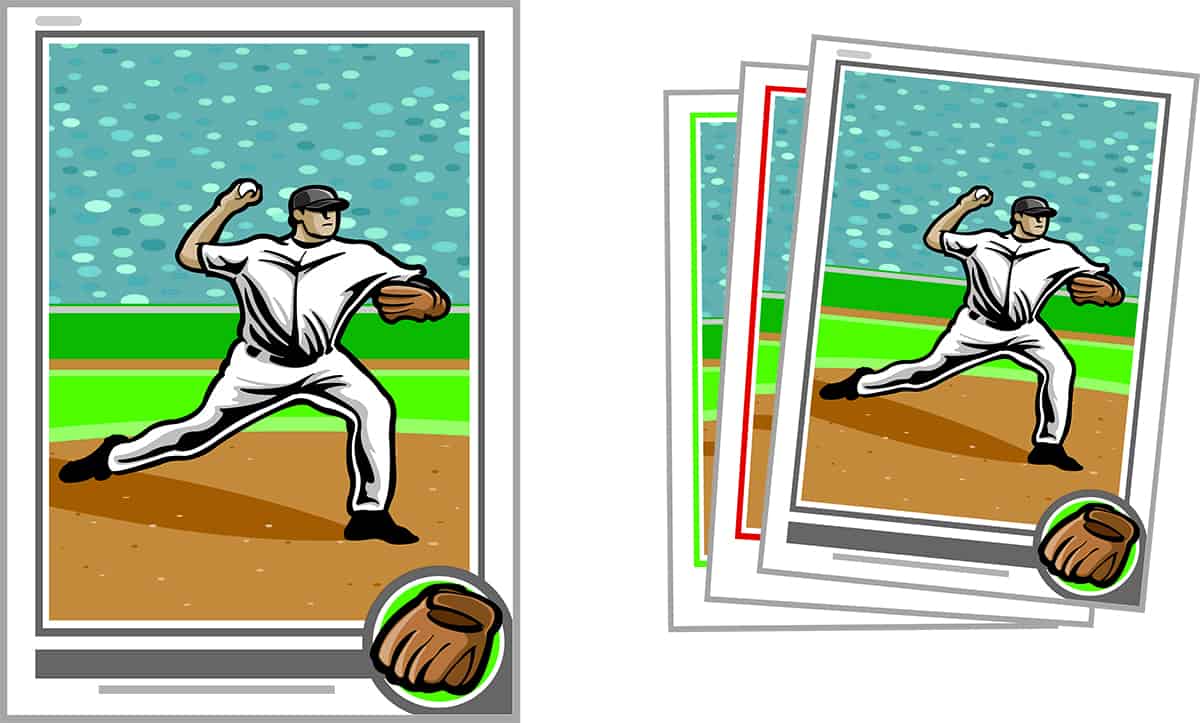 However, if you want to strike it rich as a baseball card collector, you don’t have to keep your eyes peeled for the Big Three. There are a handful of ultra-rare baseball cards featuring historical players that can fetch a pretty penny, assuming it is still in decent shape.

Are My Baseball Cards Worth Anything?

The odds of you having one of the baseball cards listed above is slim to none. However, that doesn’t mean your cards might not be worth anything. Here’s a brief guide that will help you determine whether or not your baseball cards hold value.

Player—was the player inducted into the Baseball Hall of Fame? If so, odds are the card might be worth something or will increase in value over time. Also, if you own the rookie card of a Hall of Famer, that card might be pretty steep in price.

Grade—if you think your cards are valuable, it might be worth sending them to PSA or SGC to get them graded. A high-graded card will sell for more, whereas a low-grade card, even if it features one of the most well-known players in history, will retain minimal value.

Scarcity—the rule of thumb to determine whether or not your baseball card is rare is to check its print date. If it was printed sometime before 1980, odds are there aren’t very many of them available today.

Short Print—a short print (SP) refers to a card or cards that were in print and distribution for a limited time. So, if you can get your hands on an SP card today, hold onto it—it might increase in value over the years.

Errors—collectors will actually look for cards that have printing errors on them. However, it’s usually the cards that had subsequently corrected prints on them that hold any value.