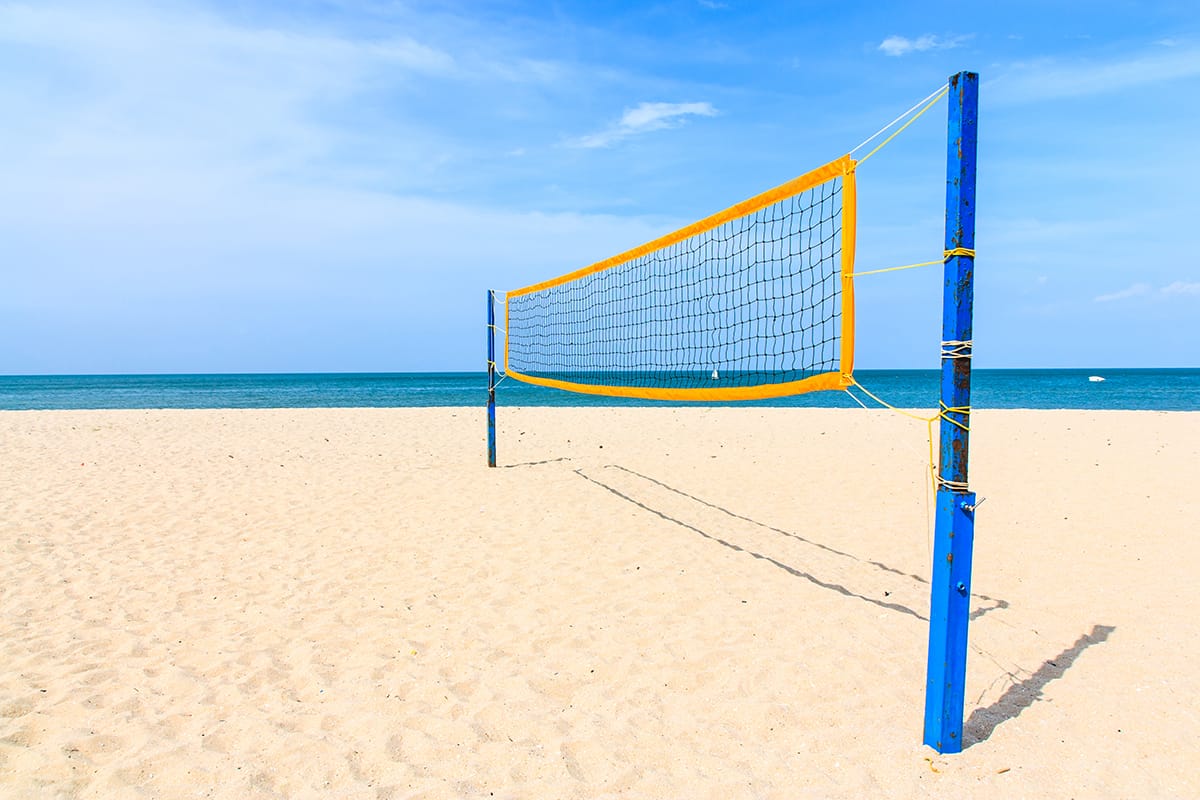 Have you ever thought to yourself, “Volleyball is great, but I wish I could play it on the beach!” Well, you can!

Beach volleyball is an official sport that is governed by the Association of Volleyball Professionals (APV), which takes many of its rules from the Fédération Internationale de Volleyball (FIVB) in Switzerland. One of the major differences between indoor and beach volleyball is the size of the court.

According to the Association of Volleyball Professionals (APV), the size of a beach volleyball court should be 52 feet 6 inches (16 meters) long and 26 feet 3 inches (8 meters) wide.

In today’s guide, I’ll speak about the differences between beach and indoor volleyball in terms of court size and gameplay rules.

A Brief History of Beach Volleyball 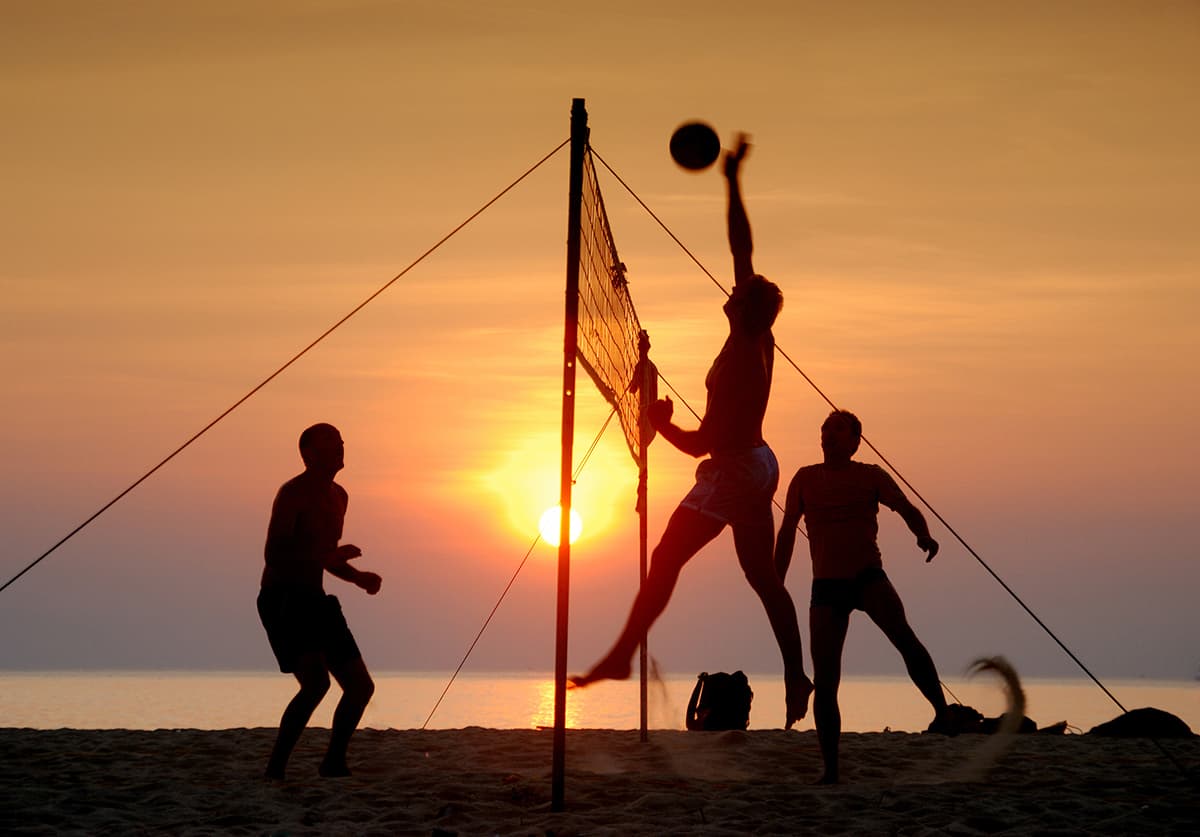 Like many sports, beach volleyball started off as a fun way to enjoy time with the family. The first instance of something playing volleyball on a beach was in the 1920s in California. A decade later, the game became a favorite in America and in Europe.

In 1948, the world saw its very first beach volleyball tournament. In 1986, the Fédération Internationale de Volleyball was established to govern official tournaments throughout Europe. The sport was officially introduced to the Olympics in 1996, with the first and second-place medals in the male category going to Team USA.

How Does Beach Volleyball Differ from Indoor Volleyball? 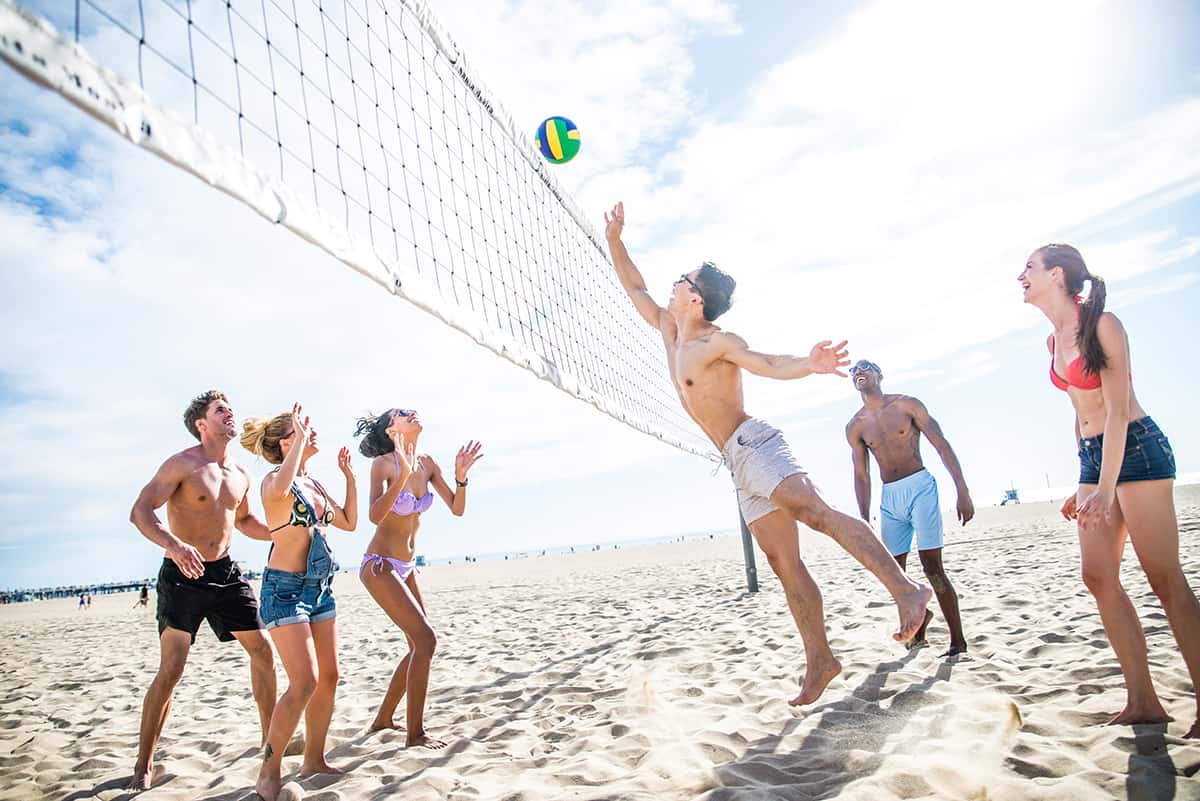 According to the AVP, there are several gameplay rules that differ between beach and indoor volleyball. The following table will sum them up.

As you can see from the difference in gameplay rules, beach volleyball will usually end more quickly than indoor volleyball, assuming the game is held during ideal weather conditions. 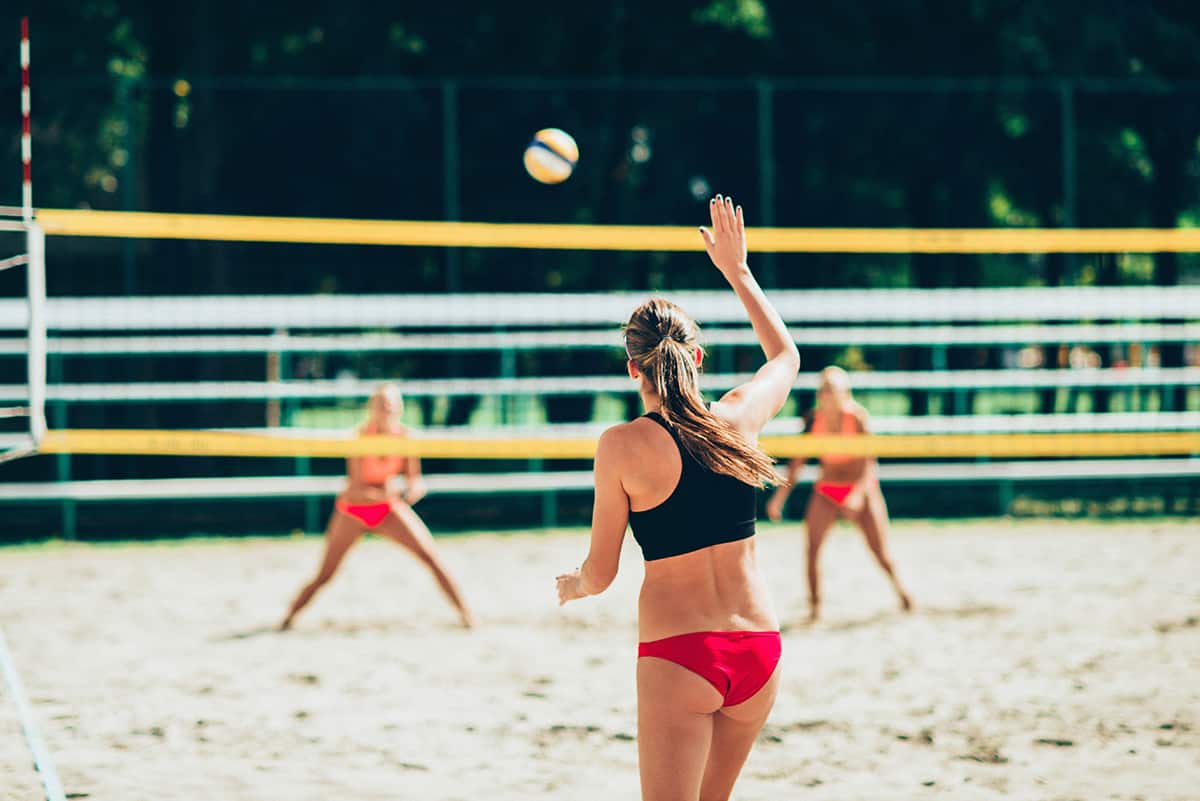 The rules of playing in an official beach volleyball tournament are pretty much identical to those for indoor volleyball, except for the differences highlighted above. Here, I’ll explain the basic principles of beach volleyball.

How to Score a Point

You score a point when the ball makes contact with your opponent’s side of the sand court. If the ball lands anywhere outside the court, the opposing team scores a point.

After receiving a serve from the serving team, the players can only make 3 touches or contacts with the ball before it has to pass over the net. Block the ball is counted as a touch, so the team must try to send the ball over the net in 2 touches or less.

No player can hit the ball multiple times in a row. The only exception is when you hit the ball twice in a single swinging motion (accidental “doubling”).

Beach volleyball is played using a best-of-3 system. To win a set, a team must score 21 points. However, in the third and final set, the game is played to 21 or with a minimum score difference of 2 after 21 points.