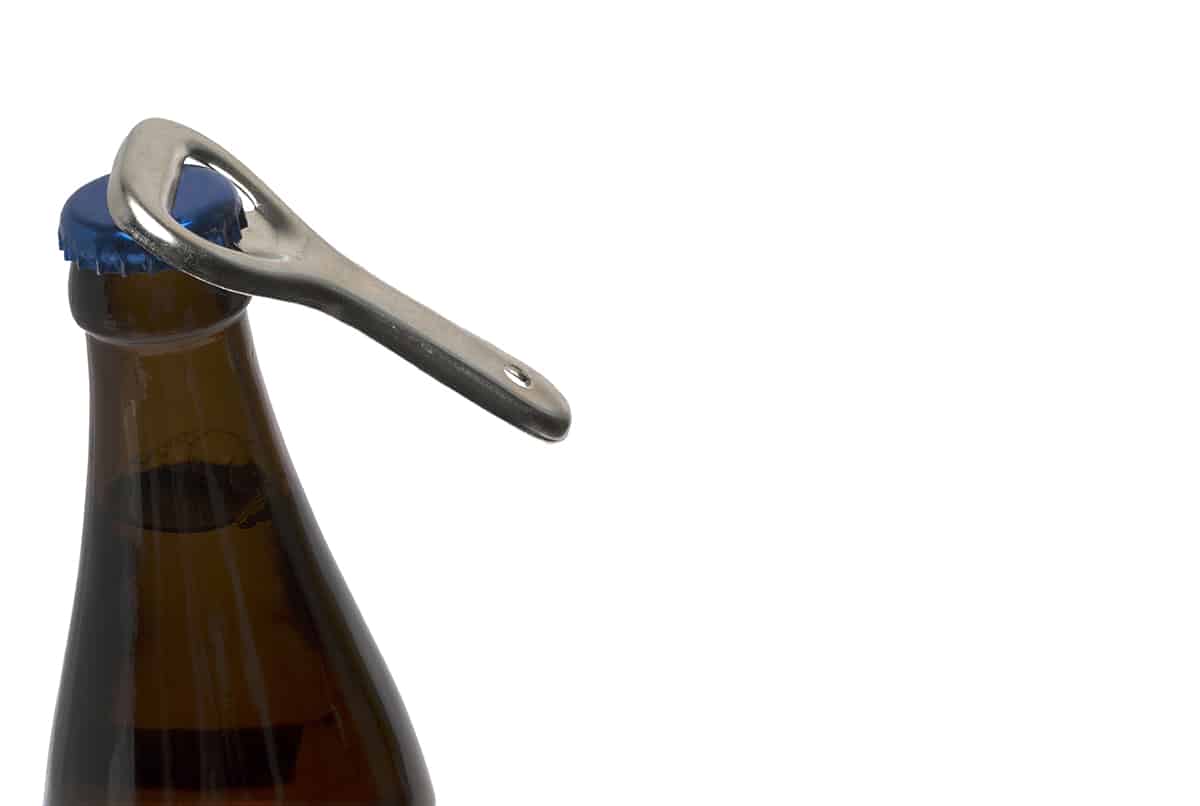 Bottle openers are one of the most interesting inventions in modern history. They make it possible for us to crack open a fresh bottle after a long hard day at work. Of course, you could always pull off crown cork using your teeth, but your dentist will thank you for using a bottle opener. So, how big are those contraptions?

A simple bottle opener, which also goes by the name crown cork opener, will measure around 7 inches long, 1 inch wide, and roughly half an inch thick. However, bottle openers come in a variety of shapes and sizes.

So, what are the different types of bottle openers, and is it possible to fashion a bottle opener with your own two hands? I’ll address these questions and more in the following sections.

A Quick Look at the History of Bottle Openers 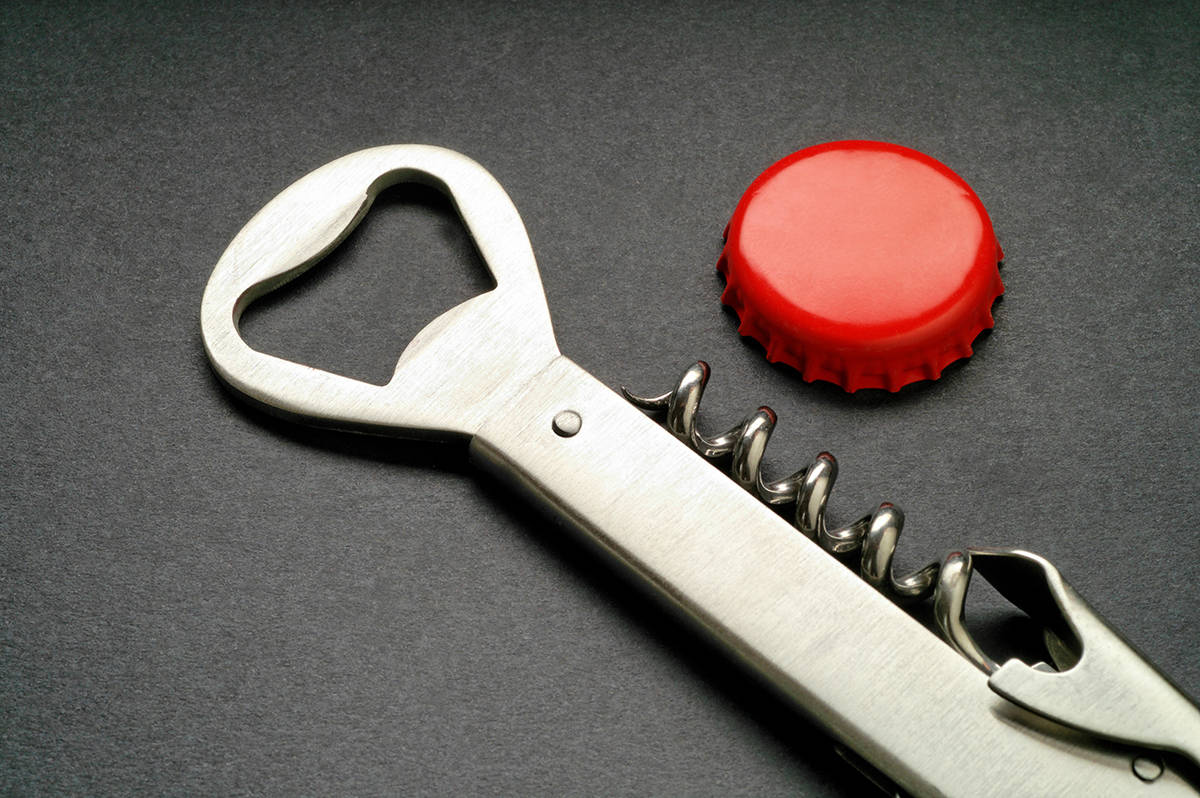 Bottle openers have been around for over 200 years now. They were first introduced with the advent of bottle caps for bottled soda and beer. In fact, the person who created the bottle opener, William Painter, was also the guy who came with bottle caps.

While testing out various model cap mechanisms, William quickly learned that he would need a way to remove the cap. It just so happened that the crown cork caps and crown cork openers would become the best thing to happen to the beverage world since refrigeration.

2 years after receiving patents for his world-changing “Bottle Sealing Device,” Willian patented the first bottle opener with the name “Capped Bottle Opener.” Since the patent has expired, the design for the bottle opener has entered the public realm, which has led to dozens of different types of bottle openers.

Some people have taken up bottle opener collection as a hobby, but nobody is as close to serious about their passion as Marinus van Doorn from the Netherlands. According to Guinness, he owned 33,492 different bottle openers in 2011 since becoming a hardcore collector in the 1970s.

When speaking about bottle opener dimensions, you first have to know that bottle openers come in a variety of shapes and sizes. However, there’s usually one type of bottle opener that pops into mind when someone mentions the name—the standard crown cork opener.

This type of bottle opener typically measures 7 inches long and 1 inch wide at its widest point. It came in various thicknesses, but in general, they won’t measure more than half an inch thick.

Parts of a Bottle Opener 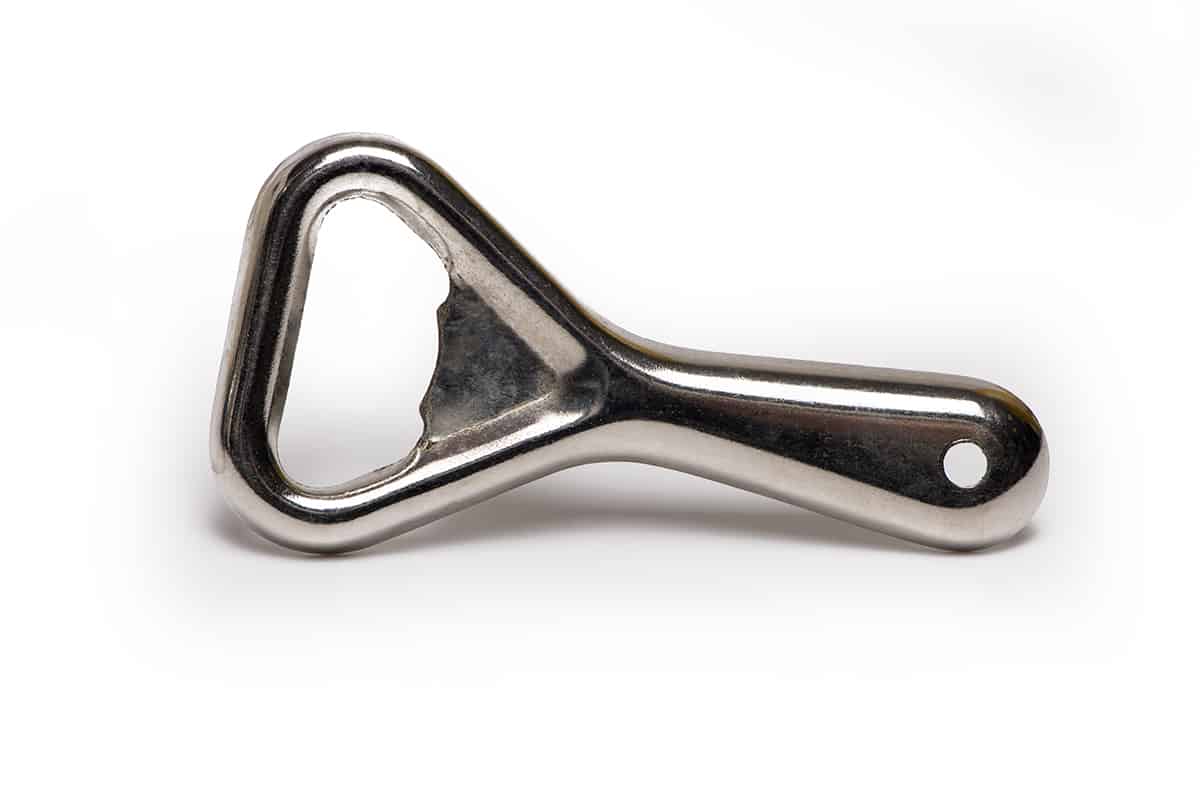 As simple as it might be, William actually put a lot of thought and heart into the design of his Capped Bottle Opener. But the result of the bottle opener can be boiled down to 3 major components—the lever, the fulcrum, and the tooth.

The lever is the handle portion of a bottle opener. You grip the lever with your hand while pulling it upward to release the crown cork cap from a glass bottle’s mouth. The handle will usually measure around 5 inches long from the bottom to the fulcrum.

The fulcrum is the “head” portion of a bottle opener. It can come in different shapes, but it will usually look like an oval or a rounded triangle. The fulcrum will measure around 2 inches from the connecting point with the lever to the top. The widest point of a bottle opener is the sides of the fulcrum, which is about 1 inch wide.

The tooth does the actual bottle-opening. You have to align the tooth, which is a slightly bent or curved piece of metal, with the bottom of the crown cork’s ridges before pulling the lever upward and releasing the cap. 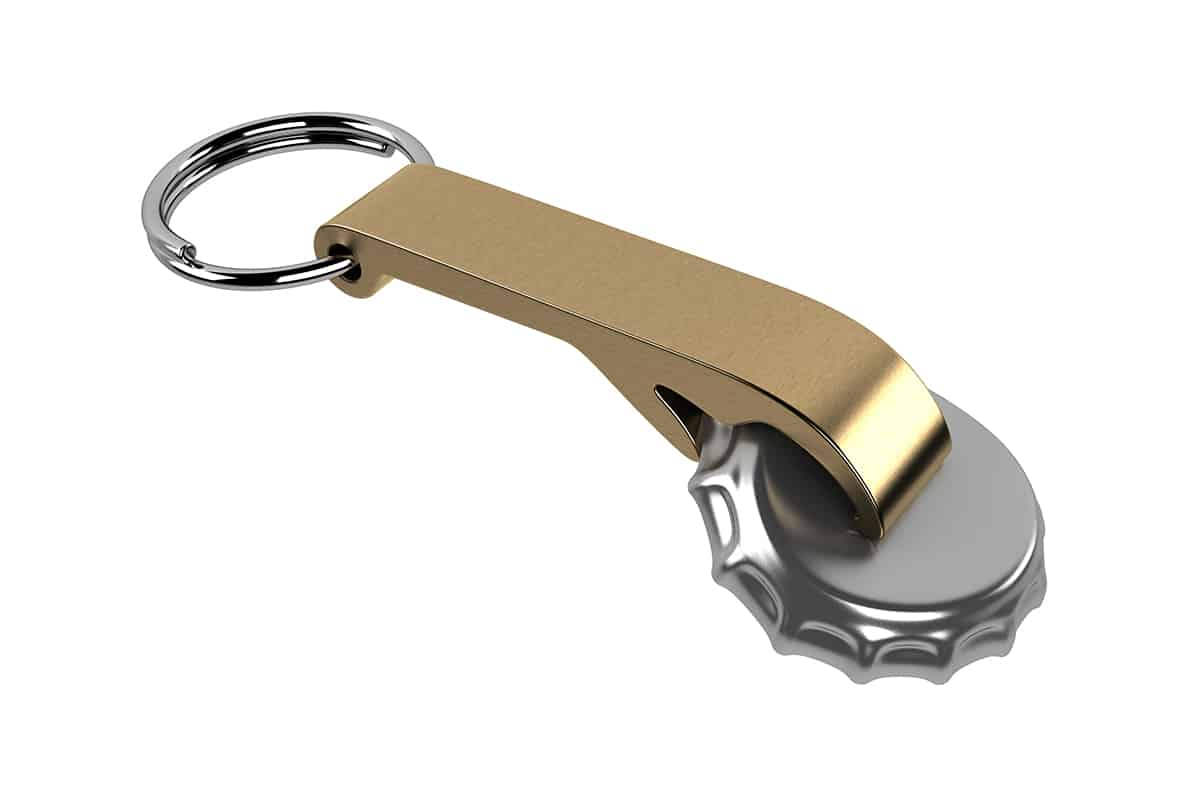 Here are a few types that I think are worth knowing about.

A speed opener is oval in shape and has 2 holes—one with a tooth and the other without one. The toothed hole is used for popping off the caps of glass bottles. The second hole, which is slightly larger than the first, is known as a speed blade, which is what bartenders use to retrieve glass bottles from chillers or refrigerators without getting their hand germs all over the bottle’s neck.

This is exactly what it sounds like. It’s a bottle opener that is fastened to a wall (or chiller handle) with screws. It consists of a fulcrum and a tooth, so you will have to tug the bottle downward after aligning the bottle’s cap and tooth. Some wall-mounted bottle openers have magnets attached to them for capturing loose bottle caps.

A keychain bottle opener is completely different from crown cork openers with lanyards. This type of bottle opener is usually made entirely from plastic, including the tooth. Its lever is much shorter than a traditional bottle opener, allowing you to stuff the keychain in your pocket.

This is personally my favorite type of bottle opener. It’s simply a steel ring that has a tooth built into it, allowing you to pop off the caps of your favorite beverage with nothing but your finger. However, as stylish as they are, ring bottle openers can be dangerous, especially if you’re not careful about where you point the tooth.

For those that can’t drink without smoking, here’s an accessory that will help fuel both of your terrible life habits. A lighter bottle opener combines the best of lighters and bottle openers into a single apparatus. Just be careful not to burn your finger while trying to crack open a fresh one with the boys.