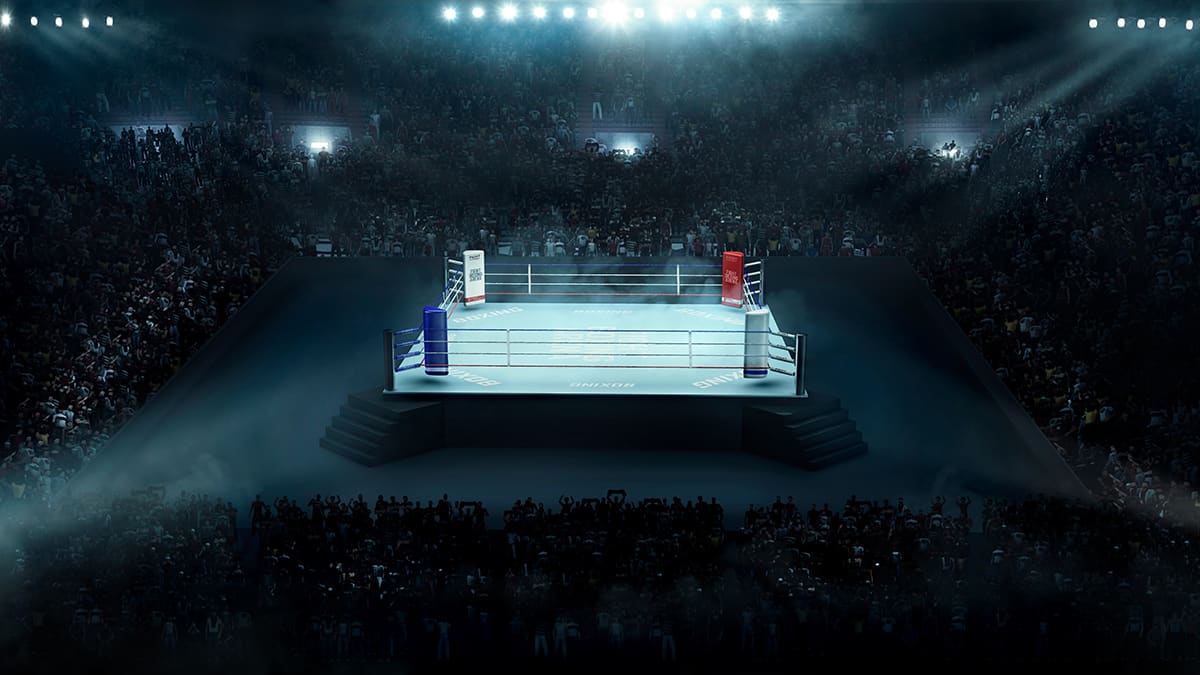 Boxing has been around since the dawn of man. People used to step into an arena and duke it out with their bare hands, but today, boxers step into a square ring with padded gloves and still beat the heck out of each other. So, how large is a boxing ring exactly?

The size range of a regulation boxing ring is between 18 and 24 feet on all sides. The ring consists of a platform that stands 3 to 4 feet high, a stretched canvas, and multiple ropes that keep the boxers from falling out.

If you’re wondering why it’s called a boxing ring in the first place, why there’s a size range, and how long a boxing bout lasts, you’ve come to the right place. I’ll answer all of these questions and more down below.

Why Is It Called a Ring? 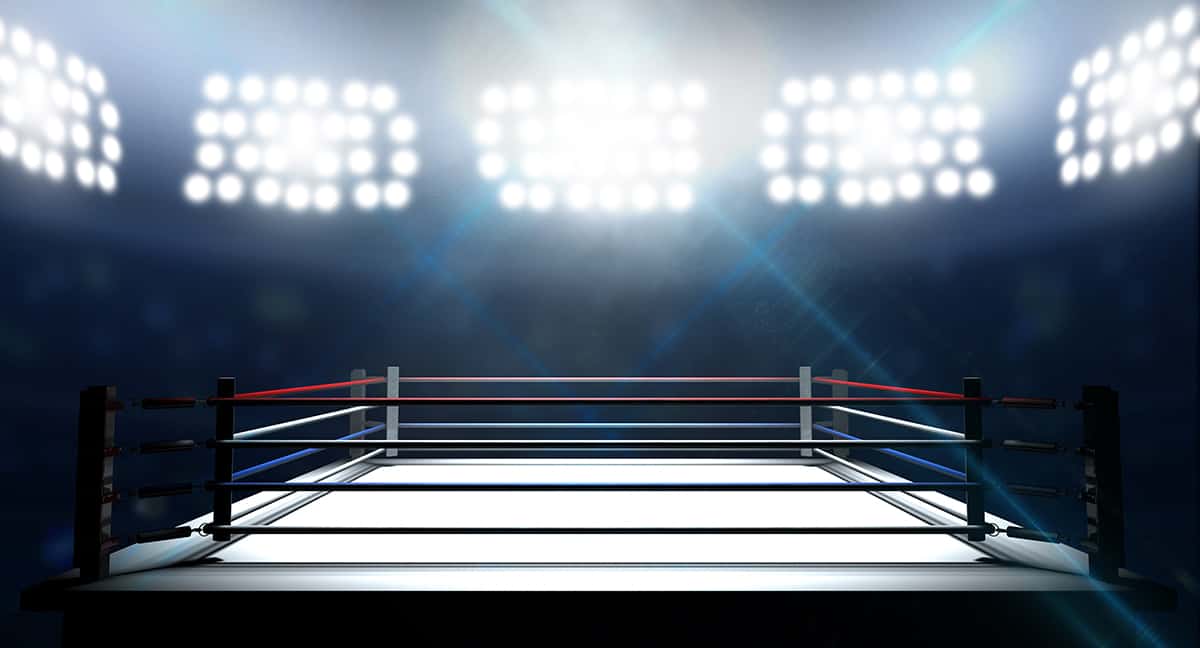 Rings are round, right? So, why is a boxing ring, which is clearly a square, even called a ring?

Well, it stems all the way back from ancient times when boxers would duke it out in a circle drawn on the ground. Basically, fights traditionally took place in a ring, and the name stuck.

Boxing—the sport where people throw physical punches at one another—dates back thousands of years ago. They didn’t have the same equipment boxers wear today, and the fights weren’t usually overseen by appointed judges. In fact, those who stepped into the ring had disputes with one another regarding all sorts of problems. It wasn’t until the 1740s when people came up with official rules for boxing, though the fighters would still whale on each other with bare hands.

Fast-forward to the mid-19th century when the Pugilistic Society created the first official square boxing ring. The first regulation boxing ring was a 24-foot square and had two ropes on all sides.

The rules for boxing rings have changed slightly. Today, a regulation boxing ring is a square that measures between 16 and 24 feet on all sides. In addition, the number of ropes has gone up from 2 to 4 on each side. The precise measurements depend on what governing body is overseeing the match, as well as what local boxing laws are enacted.

Parts of a Boxing Ring

Boxing rings are a lot less complicated compared to MMA octagons and other sports’ playing fields. Let’s take a look at what few components make up a boxing ring.

How Long Do Boxing Matches Last?

Between rounds, fighters would be given a 1-minute rest break to consult with their trainers. Since the clock continues to run out while counting a downed fighter, the longest a boxing match can last is 58 minutes.

On average, boxing matches tend to end between the 5th and 6th rounds. So, the average boxing match usually lasts for just under 22 minutes.

Fans of combat sports will know how different boxing rings are from MMA cages or octagons. For the uninitiated, I’ll briefly explain the differences below.

All combat sports, including boxing and MMA, are dangerous. Even after implementing the 12-round match following the nasty Kim incident in 1982, roughly 11 to 13 fighters lose their lives every year.

Some of the most common injuries a boxer will experience include concussions, cuts, and sprains. Even after stepping out of the ring for good, retired boxers can experience all sorts of health ailments, with the most common of them being deteriorated and permanent damage to the cartilage.