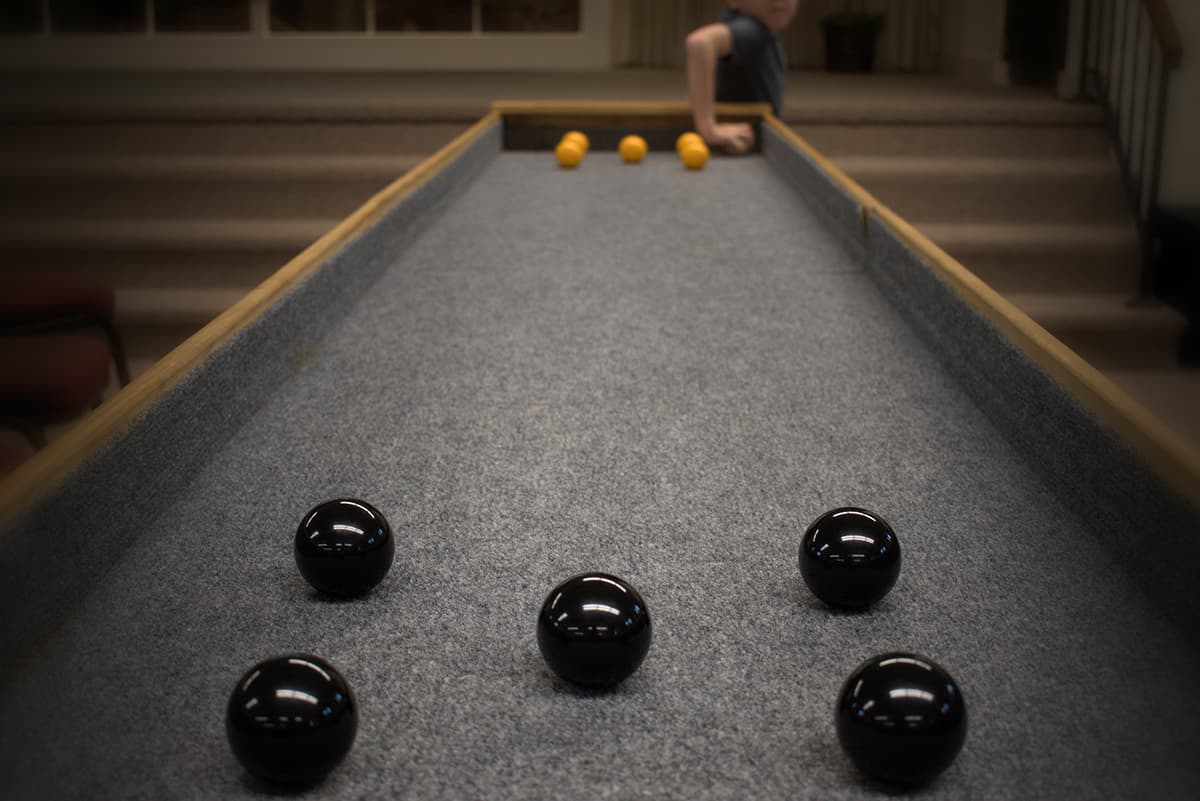 Are you looking for an entertaining backyard sport to keep you busy throughout the summer? If so, then why not give carpetball a try? It’s a simple sport that uses regular billiards balls and a long table known as the carpetball table.

So, how do you play carpetball? I’ll explain carpetball and how it’s played down below.

Carpetball is a popular game that was created back in the 1970s, according to the National Carpetball Association. It started off as a fun activity for campers to enjoy, but in the 1980s, it became a full-blown backyard sport, much like Wiffle ball.

This sport is like a marriage between lawn bowling, pool, and air hockey. 2 players duke it out by rolling a ball toward the opponent’s side of the table in an attempt to knock all the balls into a sunken tray. The first team to sink all of their opponent’s balls wins.

The rules for playing carpetball are incredibly simple. 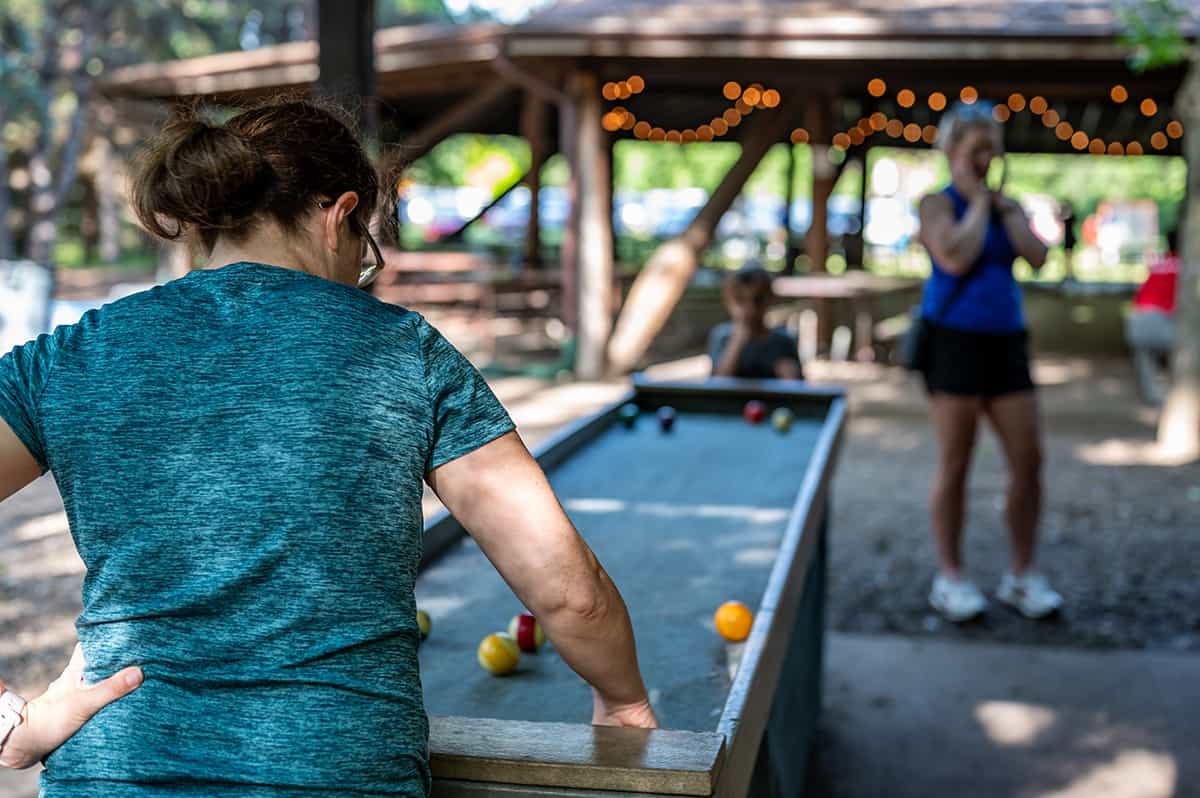 There are only two pieces of equipment you need to play carpetball—a carpetball table and billiards balls.

The carpetball table is where the game takes place. Each player sets their balls on the table and attempts to knock down their opponent’s balls into the trays.

The following table will break down the measurement specs on both carpetball table variants.

The frame of a carpetball table is usually wood, but you can pick up premade carpetball tables with steel frames. In addition, the playing surface must be covered in felt exactly like a pool or billiards table.

Some carpetball tables come with a hinge that allows users to fold the table up when it’s not in use. However, it’s important to ensure that the hinge is placed underneath the table to prevent bumps on the playing surface.

The ball that each team uses to knock the opponent’s balls into the tray is a regular cue ball. It should also be the same weight and size, and the balls should be used on each side of the table.