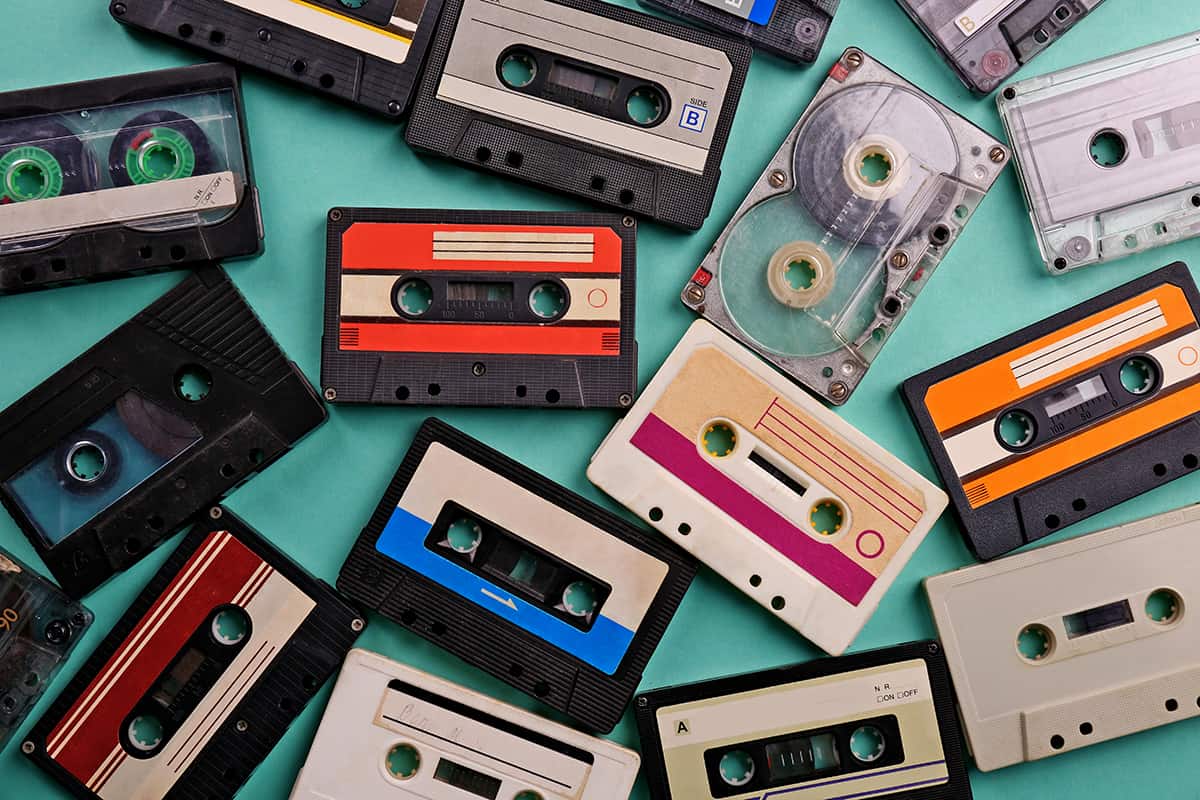 Many of you guys might be too young to remember cassette tapes. They were incredibly inconvenient compared to today’s method of listening to music, but if you brought a tape player to school, you were the coolest cat on the block. Sure, they weren’t very large, but you’d need thousands of them to have half of what your “legally downloaded” music library is right now.

Cassette tapes measure around 4 inches in length, 2-1/2 inches in width, and half an inch thick. They could store 45 minutes of audio on each side, giving a single audio tape a total playing time of 90 minutes.

For the remainder of this guide, I will speak about the specifications of cassette tapes, what happened to them, and what the future might hold for audio tapes. Spoiler alert: there’s a surprising upsurge in cassette tape sales! 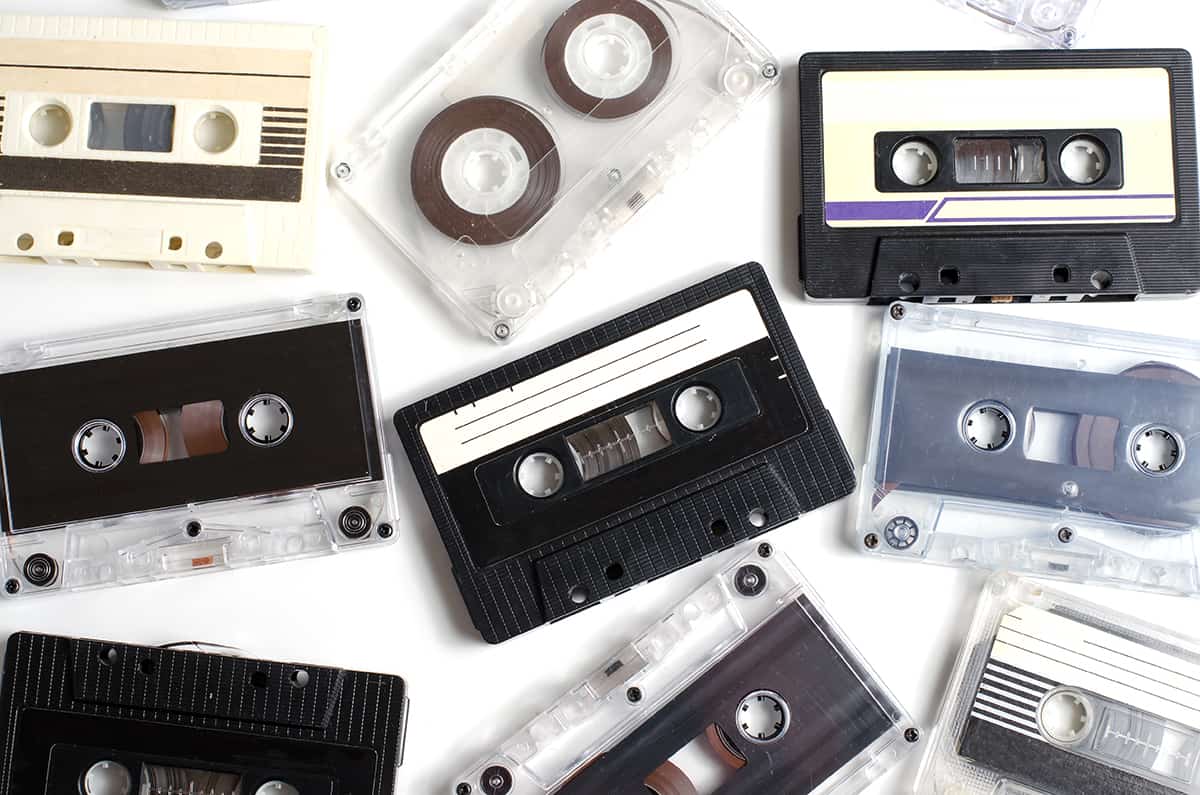 Cassette tapes look like miniature versions of VHS tapes. It consists of the following components:

Plastic case—The clear or opaque plastic exterior that keeps all of the internal parts in place. It also goes by the name “shell.”

Magnetic tape—The long, ultra-thin ribbon of dark plastic that is used to record data. The tape is coated in iron and a magnetic material that, when placed close to a magnetic field, will cause a reaction—i.e., audio will begin playing.

Supply reel—The wheel where the magnetic tape wraps around before playing audio. The entire length of the tape has to be spun around the supply reel to play audio from the beginning of the tape.

Take-up reel—The wheel that collects the “used” tape while playing audio. When flipped to side B, the supply reel and take-up reels switch functions.

Pressure pad—A thin piece of foam that gently presses the magnetic tape against a cassette tape player. Without it, the tape would hang loosely, preventing the tape player to interpret the stored data and play audio.

Write-protect tab—A tab of plastic found on the top corner of the plastic case. When removed or slid out, the cassette tape will fail to record data over its existing data.

The measurements of a cassette tape are taken directly from the plastic case. While there might be slight variances between cassette tapes, they’re negligible at best.

A standard cassette tape will typically measure around 4 inches long, 2-1/2 inches wide, and ½ an inch thick at its widest point. The portion of the case that protects the guide rollers, magnetic shield, and capstan shaft is usually wider than the rest of the shell by a tiny fraction of an inch.

As for the magnetic tape, it will usually measure 443 feet long and 0.15 inches wide. Its thickness is between 16 and 17 µm for the thickest tapes.

Although the standard duration of a single cassette tape is 90 minutes (45 minutes on each side), there are 30-, 45-, 60-minute variants, and 120-minute variants as well.

The length of the magnetic tape will differ based on how much data it can store or how long it can play audio. Despite using longer magnetic tapes for storing larger amounts of data, cassette tapes would maintain their physical dimensions of 4 × 2-1/2 × ½ inches.

To the typical music fan, the audio quality of cassette tapes is comparable, if not equal to, CDs. From a technical standpoint, this is untrue.

There are 3 ways to gauge how high-quality a media format is: dynamic range, frequency response, and signal-to-noise audio. In a nutshell, because cassette tapes were made to record speech and not the wide range of sounds produced by musical instruments, cassette tapes are far inferior to CDs and vinyl records, with the latter offering audio quality similar to what the musician heard in the recording studio.

What Happened to Cassette Tapes?

It should surprise absolutely nobody that cassette tapes have gone the way of the dinosaurs. As time goes on, technology improves, and certain media formats get tossed in the bin—almost literally!

After cassette tapes came CDs, which are far superior in terms of audio quality, data storage capacity, and total audio duration. You can use CDs to store more than just audio files, making them much more versatile than cassette tapes, even though there was a point where cassette tapes were “destroying the music industry.”

What Does the Future Hold for Cassette Tapes? 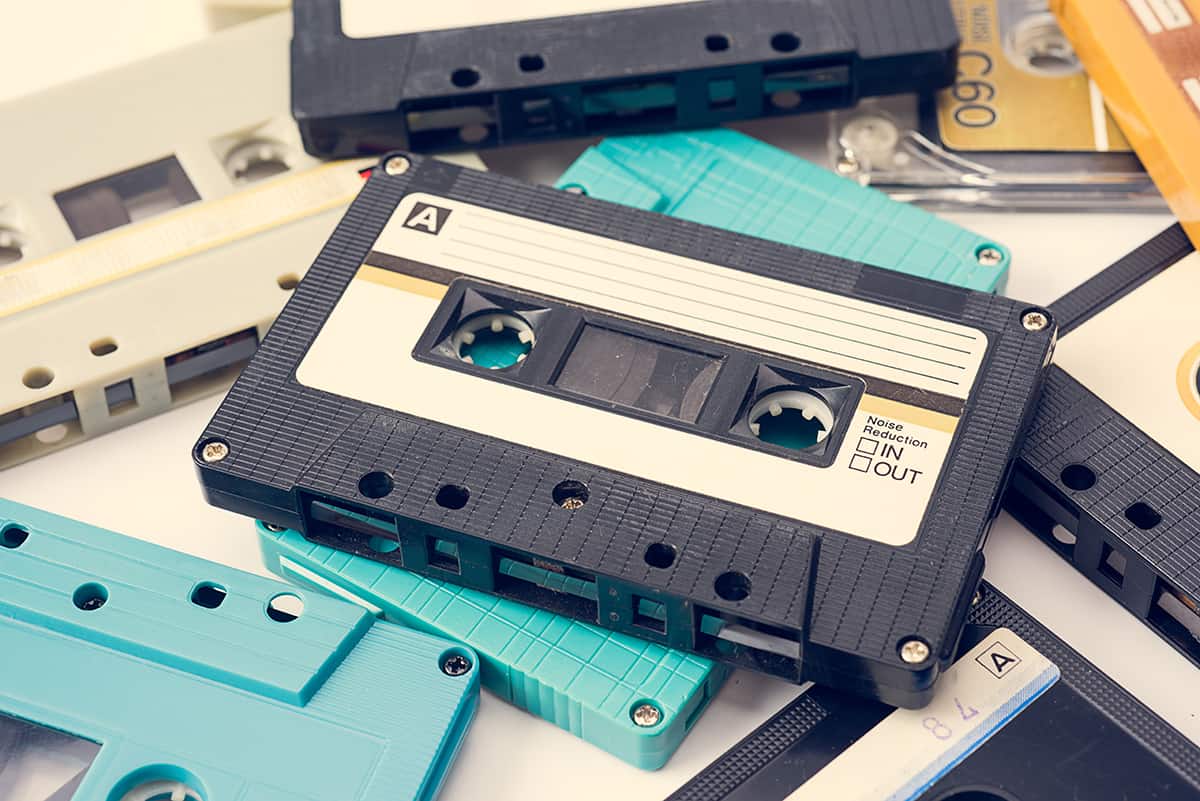 Would you believe it if I told you that there was a significant uptick in cassette tape sales? It’s been about three decades since cassette tapes were the go-to media for recording and distributing music, so why on Earth are they making a comeback?

Well, a “comeback” might be a stretch. But what’s clear is that some musicians, including Billie EIlish, have decided to sell albums in audio tape format.  The main reason is that cassette tapes are cheap to make. Because of its low cost of production, artists can actually make a profit from their album sales as opposed to receiving fractions of a penny per stream from Spotify and other streaming platforms.

How Much Does a Cassette Tape Cost?

If you do your shopping on Amazon, you can find just how cheap audio tapes are through a quick search.

Maxell UR 90 blank audio cassette tapes, which include 5 tapes in a pack, costs less than $10. There is an even cheaper option from Reshow with 90 minutes of audio per tape. But if you want to go for something a bit fancier, you should take a look at Maxell XLII IEC tapes, which cost over a C-note for a pack of 6.