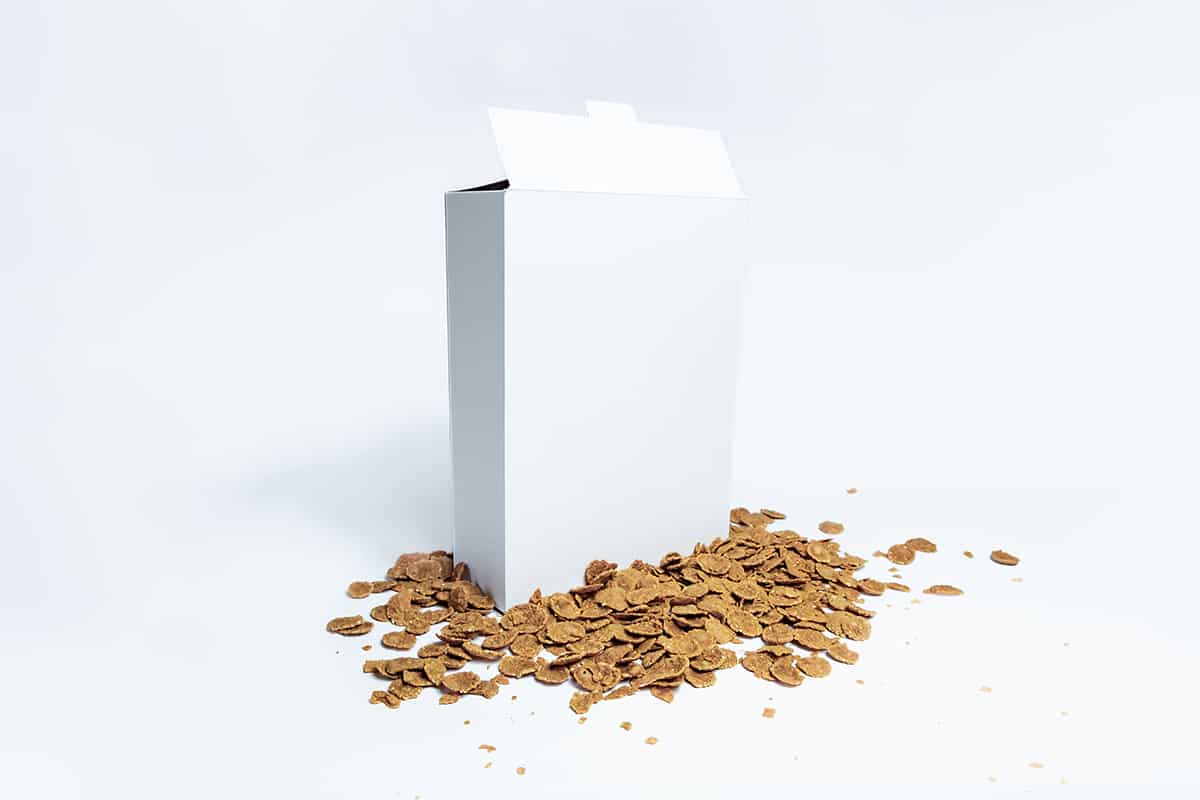 Cereal boxes came into existence at the turn of the 20th century. Back then, cereal boxes didn’t reveal much about the contents, nor did they come with nutrition facts. Instead, they were big, cuboid pieces of cardboard that used simplistic imagery depicting rolling hills and children.

The 1930s saw a huge change in how cereal boxes were designed. In 1935, the first cereal box featured a picture of Mickey Mouse. Several years later, manufacturers were obligated to include information about their products. There was also a rise in cereal manufacturers, which forced different brands to design mascots and color themes to help consumers differentiate one box from another.

Since then, we’ve seen mascots and cereals come and go. However, the size of cereal boxes has stayed relatively the same throughout the decades. The typical family-size cereal box measures about 12 inches tall by 8 inches wide with a depth of 2 inches (30.5 × 20.3 × 5.1 centimeters). 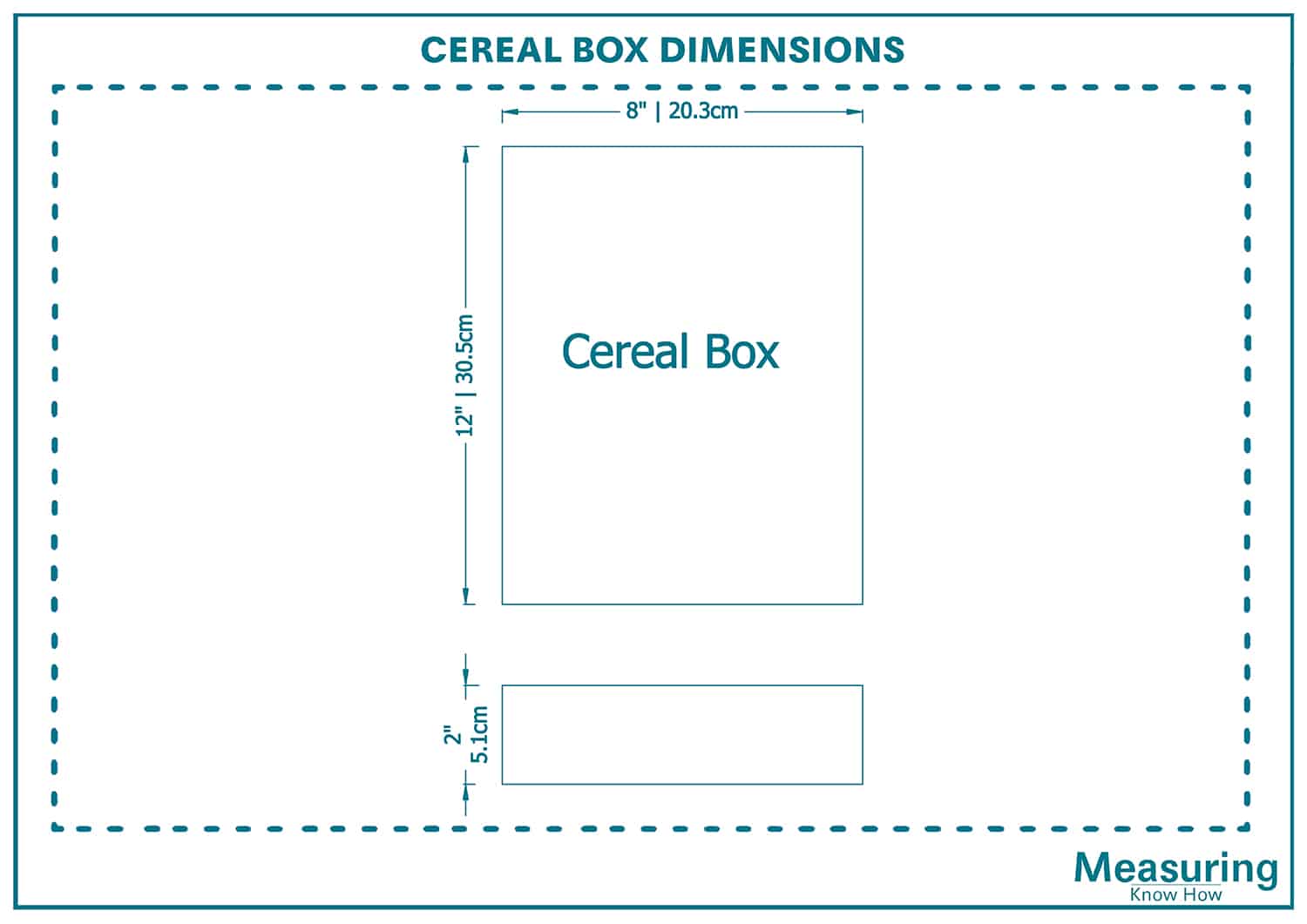 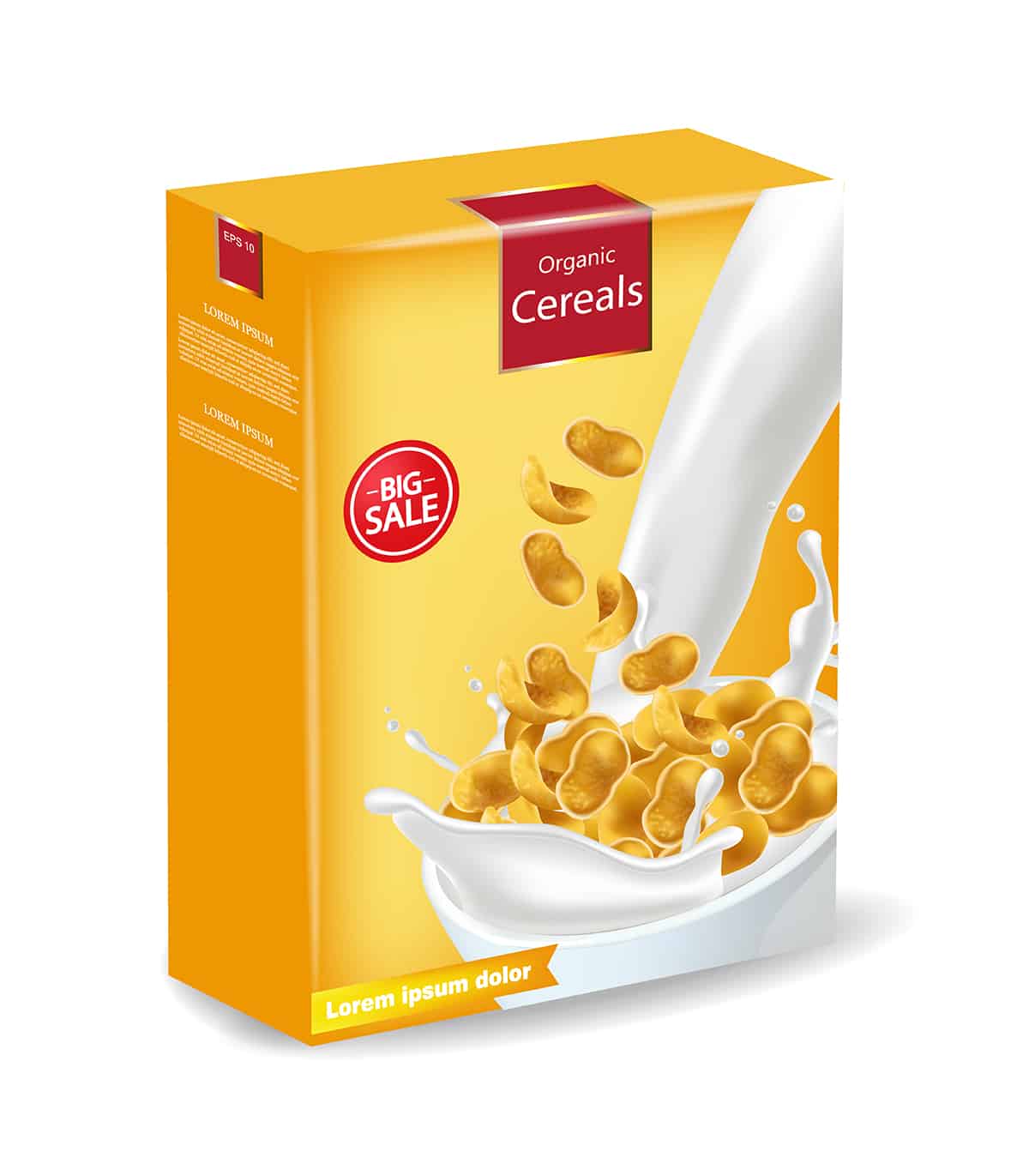 As of 2022, there are about 70 cereal manufacturers in the United States. On average, the number of cereal companies entering the market every year is 5%. However, most of us are only familiar with the leading brands, such as Kellogg’s Cereal, General Mills Cereal, and Quaker Oats Cereal.

The number of portions per box is dependent on 2 variables: the size of the box and the type of the cereal.

Of course, a larger box will have more serving portions than a smaller box. However, you have to take into account how small the flakes or cereal bits are.

For instance, the recommended serving size for Wheaties is 1 cup, which weighs 36 grams (1.3 ounces). The same serving size for Cheerios will weigh 28 grams (0.9 ounces). Even though both will be the same in volume (1 cup), much of that space will be occupied by air due to the size of individual Wheaties.

On average, a standard cereal box will hold about 8 servings of cereal.

If you do your own shopping, you might have come to the realization that cereal boxes, as well as ice cream and cream cheese tubs, are shrinking. Is your mind playing tricks on you, or are your hands getting bigger?

Unfortunately, cereal boxes are shrinking, but their prices are stagnant.

This is a business practice that involves reducing the number of serving sizes per container to combat rising costs. Companies know that consumers mainly base their purchase decisions on their wallets, and thus, they’ll be less likely to notice smaller packages if the products’ prices are the same. 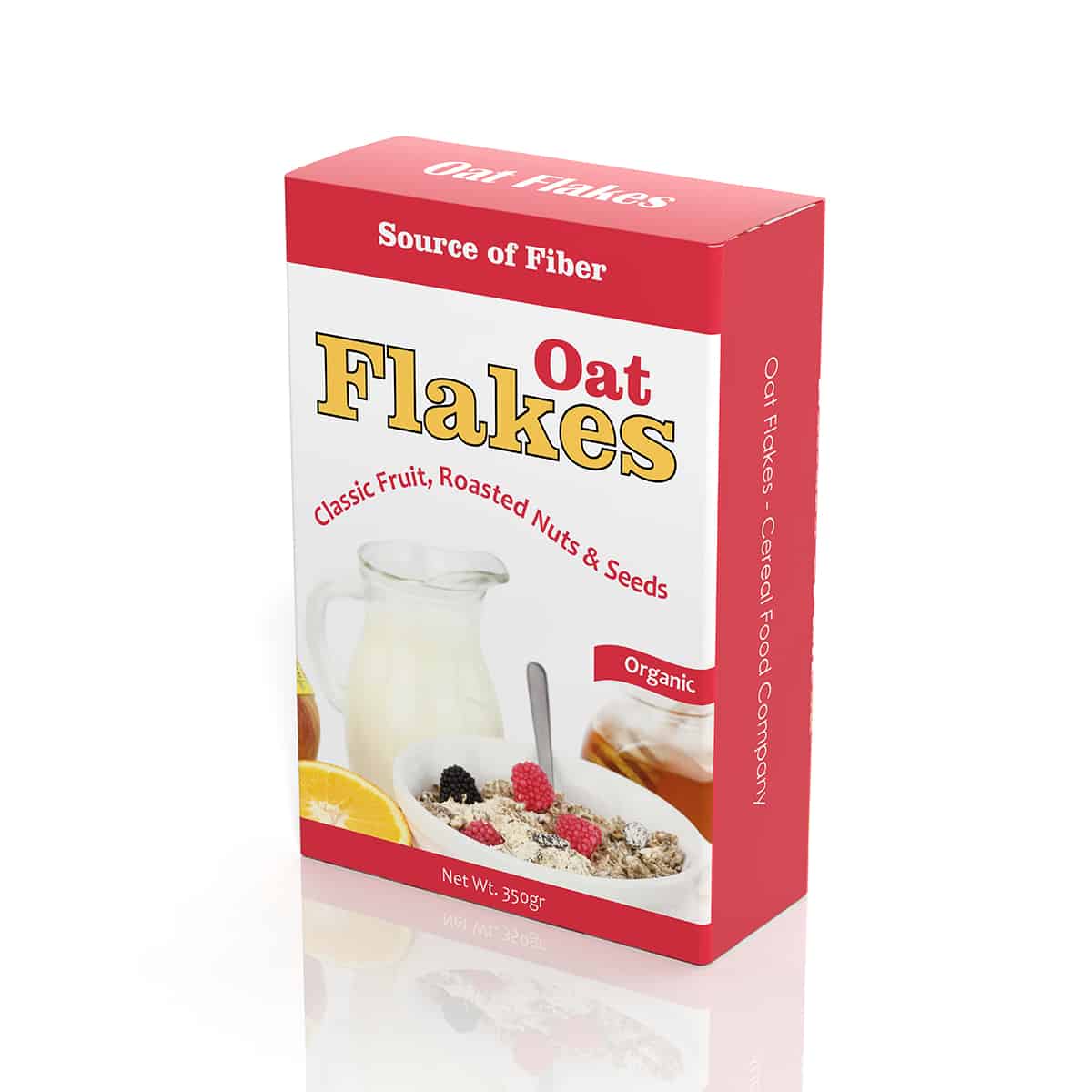 1. What information must be on a cereal box?

Manufacturers of packaged foods, including cereal companies, are mandated by the US Food and Drug Administration to include specific information about their products. A cereal box must contain the following information:

2. What are cereal boxes made of?

Most manufacturers will stick to using recycled cardboard for their cereal boxes. Cardboard is recyclable and as such will help keep packaging costs to a minimum. However, there is a possible risk that contaminants from reused cardboard can actually seep into the cereal, leaving consumers sick.

3. Can you collect cereal boxes?

Oddly enough, cereal boxes can be quite collectible. Some cereal boxes sell on online markets for upwards of $2,000 due to their rarity, such as a Post Ten box from 1961. The reason why some people will spend exorbitant amounts of money on mint-condition cereal boxes is nostalgia—some people have vivid memories of watching cereal commercials on Saturday mornings of products that are no longer made by companies that may no longer exist.

4. What is the most widely sold cereal?

Some kinds of cereal can be good for you, such as One Degree Sprouted Brown Rice Cacao Crisps or Nature’s Path Flax Plus Raisin Bran. However, boxes of cereal that are mainly targeted at children are usually high in sugar and are no less healthy for them than candy. As a parent, you should make sure you know what kind of cereal you’re putting into your children’s mouths.

6. How much do cereal companies spend on marketing?

Cereal companies like Kellogg’s will spend hundreds of millions of dollars on ad campaigns. The majority of the expense is allocated toward advertising to children, which is a practice that started as early as the 1960s.

7. Can you send a package using a cereal box?

Technically, you can. There is no law that states using cereal boxes as delivery boxes is illegal or that the post office won’t pick it up. However, due to its flimsy structure, I wouldn’t recommend using cereal boxes to send documents or valuables.

There is no standardized cereal box size, so different companies will make differently sized cereal boxes for their products. On average, you’ll find most standard-sized cereal boxes measuring 12 × 8 × 2 inches (30.5 × 20.3 × 5.1 centimeters), with some manufacturers being 1 inch larger or smaller than these dimensions.

If you found this article helpful, make sure you share it with your friends and family on social media. I’d also love to hear what your favorite cereal is in the comments section below.