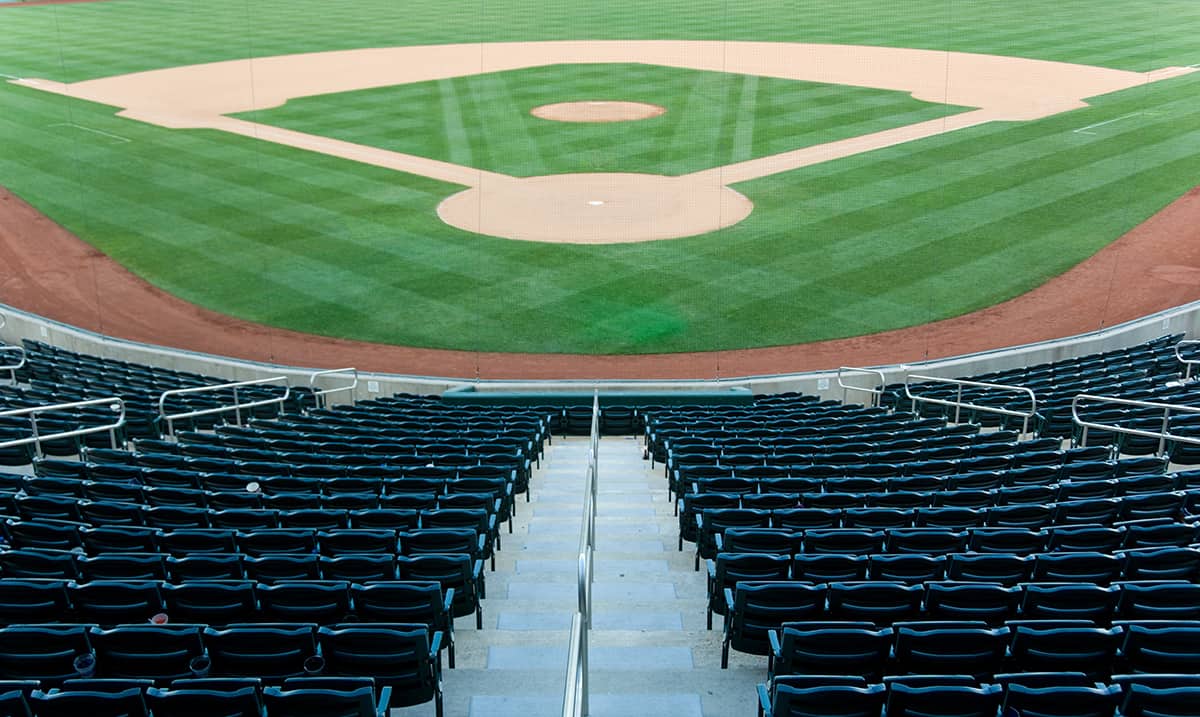 If you’re a fan of the MLB’s Arizona Diamondbacks, then you’ve probably been to the Chase Field more times than you can count. However, you probably don’t know just how massive the stadium really is.

The Chase Field in Phoenix, Arizona, takes up roughly 1.3 million square feet. The dimensions of the ballpark are as follows:

In this guide, I’ll speak about the dimensions of the infamous Chase Field in greater detail, as well as cover the history of the ballpark and the facilities it has to offer.

Despite being the home of one of the most disappointing teams in the MLB, Chase Field has quite a rich history. In the beginning, it was known as Bank One Ballpark back when now-defunct Bank One purchased the naming rights in 1998 when the stadium first opened its doors to the MLB expansion team, the Arizona Diamondbacks.

In 1994, the Maricopa County Board of Supervisors agreed to allocate a sizable portion of its tax funds to construct Bank One Ballpark. However, there was one tremendous problem: summers in Phoenix are hot enough to kill people. So, the country approved design plans to construct the MLB’s first stadium with a retractable roof. The retractable roof didn’t just shield sports fans from the heat, but it allowed enough natural sunlight during the daytime to adequately light up the stadium without overheating the ballpark.

All in all, Maricopa County spent a grand total of $354 million to construct over a period of 28 months. The stadium could seat 48,500 people when it first opened, but the seat count has increased to 48,633, making it the fifth-biggest baseball stadium in the entire United States. In 2005, Bank One merged with JPMorgan Chase, giving the naming rights to Chase—hence, its current name.