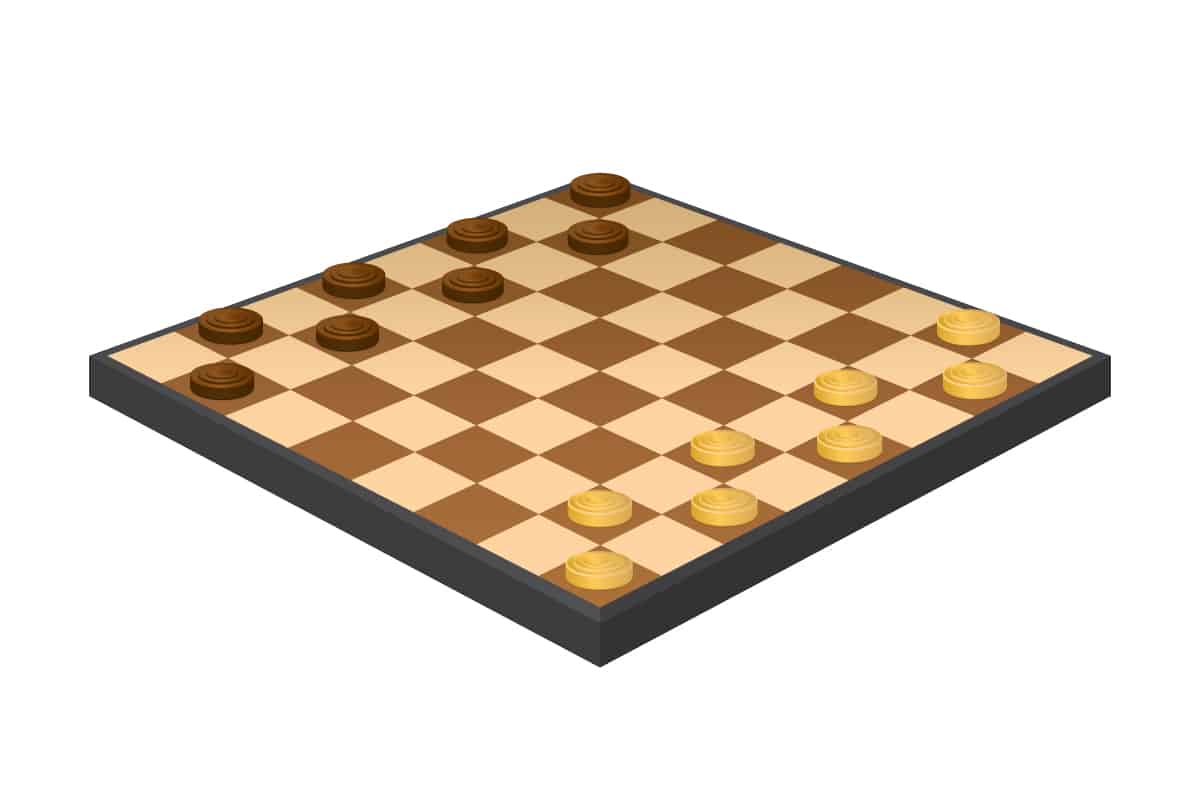 Most of us are familiar with checkerboards. We see them all the time as chess or checker players or as motifs on our clothing. But do you know how large a checkerboard is?

A standard checkboard consisting of 64 2-inch squares will measure 16 inches long and 16 inches wide. The squares are arranged in an 8 × 8 grid. Including a 1-inch margin, a checkerboard will measure 18 × 18 inches.

In this guide, I’ll explain the dimensions of a checkerboard in greater detail and how large checker and chess pieces should be relative to the individual squares.

Which Came First: Chess or Checkers? 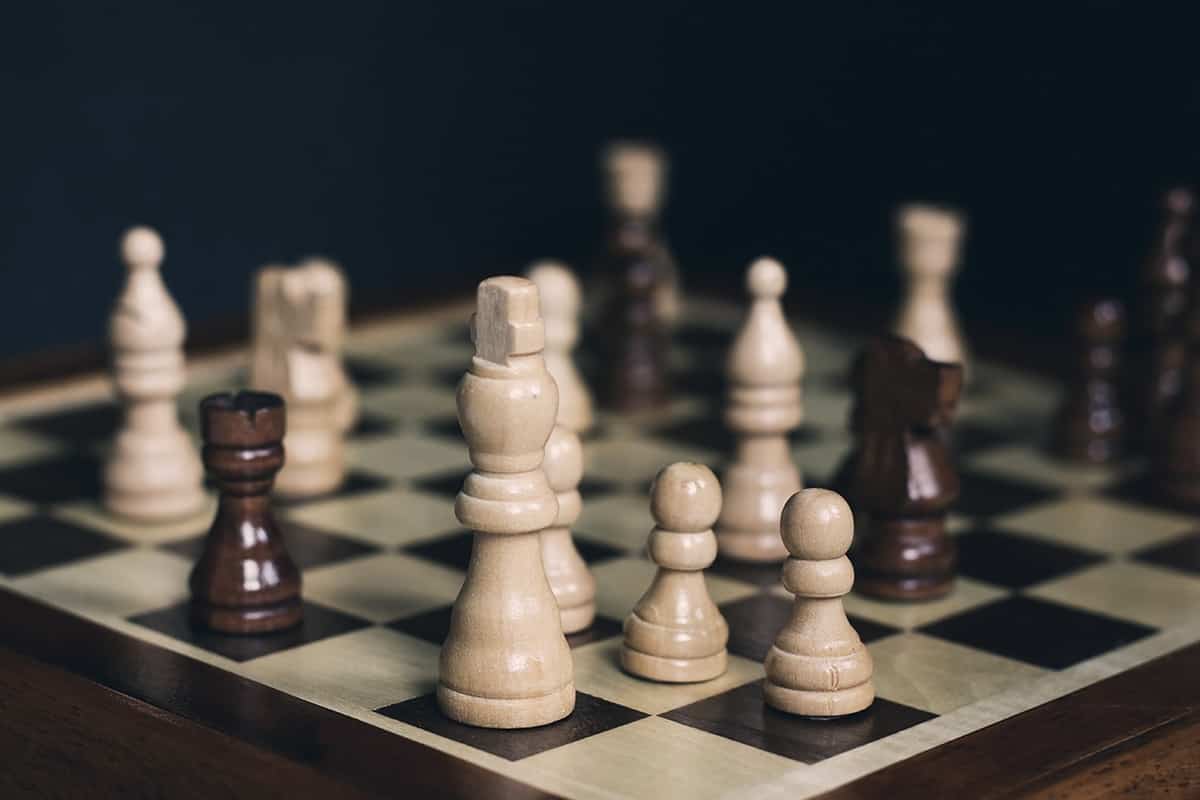 This is a question that is surprisingly easy to answer, as long as we look at historical records. Checker came long before the first form of chess was ever conceived.

An ancient Indian game known as Chaturanga is believed to be the great-great-grandfather of modern-day chess. The earliest records of the game showed that it was played during the tail-end of the Gupta Empire—around the 6th century. However, it wouldn’t be for another 900 years that a form of Chaturanga would become highly popular.

The rules of Chaturanga remain unknown, but it was played on a similar 8 × 8 grid with the primary goal of removing all of the opponent’s pieces from the board. The game grew so popular that it spread to Persia before making its way into the Arab world and China.

Checkers, on the other hand, can be traced all the way back to 3000 BC in Iraq, albeit with an unknown name. Alquerque, which is a later iteration of checkers, came into being sometime in 1400 BC in Egypt. It would take another 300 years before making its way into Europe when the number of pieces per player was dropped to 12.

Checkers and chess are both played on an 8 × 8 checkerboard grid. The dimensions of a checkerboard can vary, but per the International Chess Federation’s (FIDE) rules, each square on the 64-square grid must measure between 2 and 2.5 inches on all sides.

That means the playing field on a checkerboard will measure between 16 × 16 inches and 20 × 20 inches. Including a 1-inch margin on all sides of the checkerboard, its measurements will range between 17 × 17 inches and 21 × 21 inches.

While the 8 × 8 board is the most popular checkerboard type, other variants are played on a 10 × 10 grid or even a 12 × 12 grid. 100-square and 144-square checkerboards are used for other games that may resemble chess and checkers but are completely different.

What Games Can You Play on a Checkerboard? 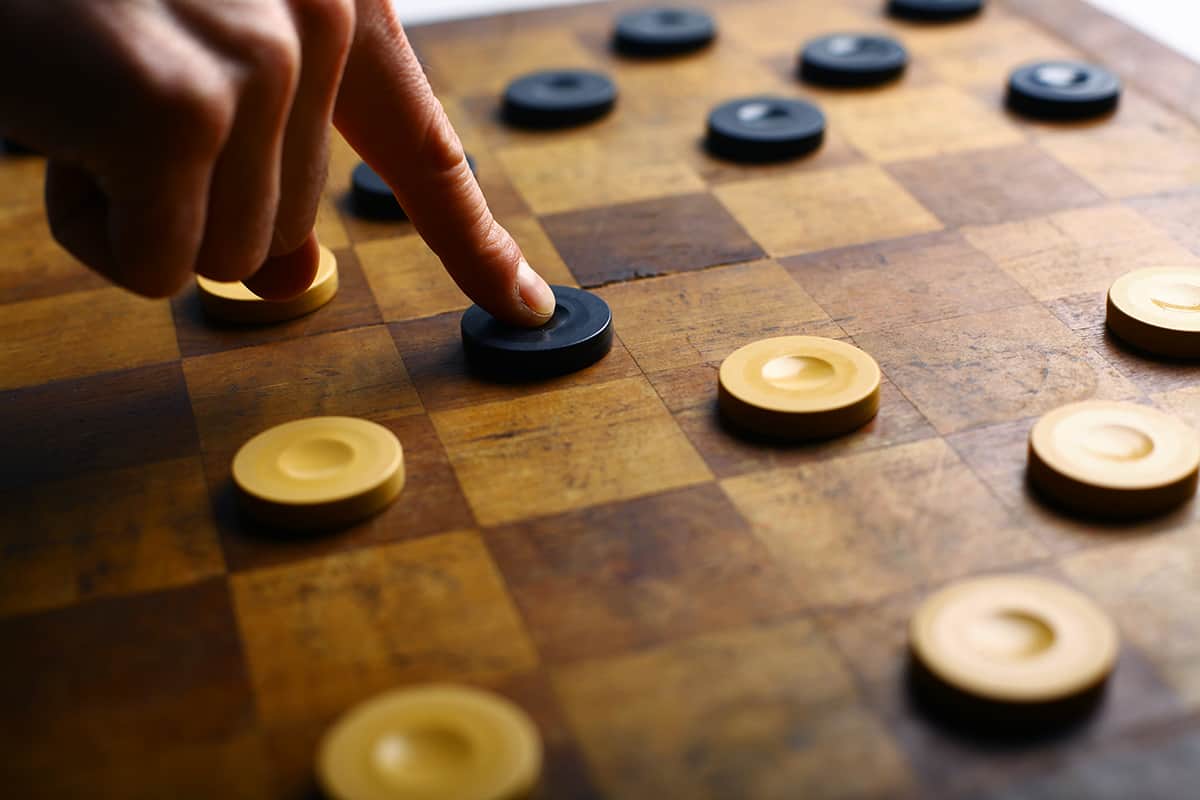 Apart from chess and checkers, you can play the following games using a checkerboard:

Playing on a 10 × 10 grid, each player has four queen pieces (Amazons) that shoot arrows (checker men or pawns). The Amazons can move in any direction, similar to a queen in chess.

After moving an Amazon, the player gets to “shoot” an arrow in a straight line (similar to a queen piece in chess) from the position of the Amazon. The game ends when a player is unable to move their Amazon due to being locked in by fired arrows and the opponent’s Amazons. The player who locks in the other player’s Amazons wins the game.

This is like regular 8 × 8 checkers, but the rules are slightly different. After kinging a checker piece, the king can hop over several squares diagonally to capture the opponent’s piece.

Using an 8 × 8 grid, a player will arrange 16 stones or pawn pieces on their side of the board, similar to the arrangement of chess pieces. The object of Crossings is to cross a single stone to the opponent’s side of the checkerboard.

Players can capture each other’s stones while moving individual or groups of stones. A “locked” stone is a stone that is 1 square away from the farthest row but is blocked by the opponent’s stone.

Canadian Checkers is the exact same game as traditional checkers, but it is played on a 12 × 12 grid rather than an 8 × 8 checkerboard.

How to Make a Checkerboard 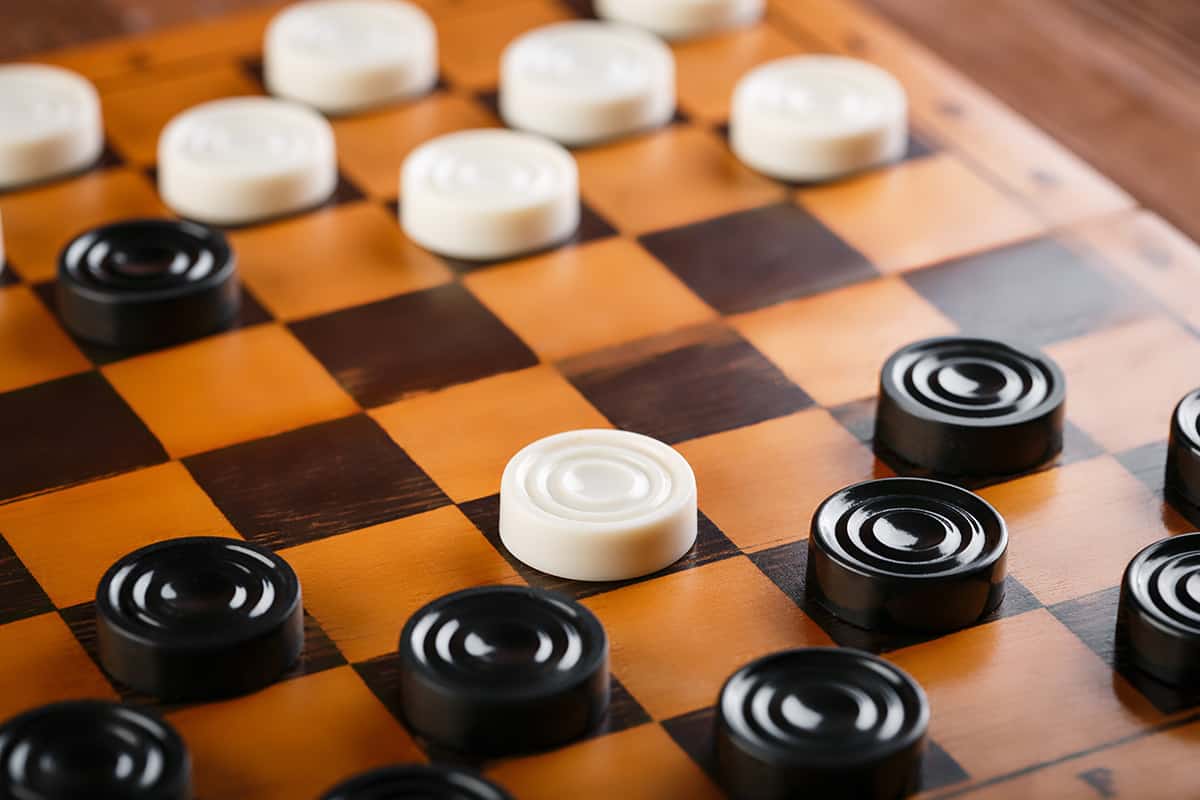 Here’s what you do:

Step 2—Make six equally spaced marks on each side of the 16-inch square. The mars should be spaced 2 inches apart, starting from one corner and ending on the opposite corner.

Step 3—Using a ruler, connect the marks on one side of the 16-inch square with the mark on the opposite side of the square. Continue doing this until you have created an 8 × 8-square grid.

Step 4—Using a marker, pen, pencil, or crayon, fill in the squares of the 8 × 8 grid. Make sure the bottom-right corner of the grid is uncolored.

Step 5 (Optional)—Add checkerboard or chessboard notations. The letters A through H should be assigned to the horizontal portion of the grid (where the bottom right corner is uncolored). For the vertical portion of the checkerboard and starting from the bottom, assign the numbers 1 through 8. Repeat this step on the other sides of the board.

Meanwhile, a standard checker stone measures 1.5 inches in diameter or takes up roughly 44.25% of an entire square. If you’re making a checkerboard for your own use at home, you don’t have to stick to strict checkers or chess regulations.