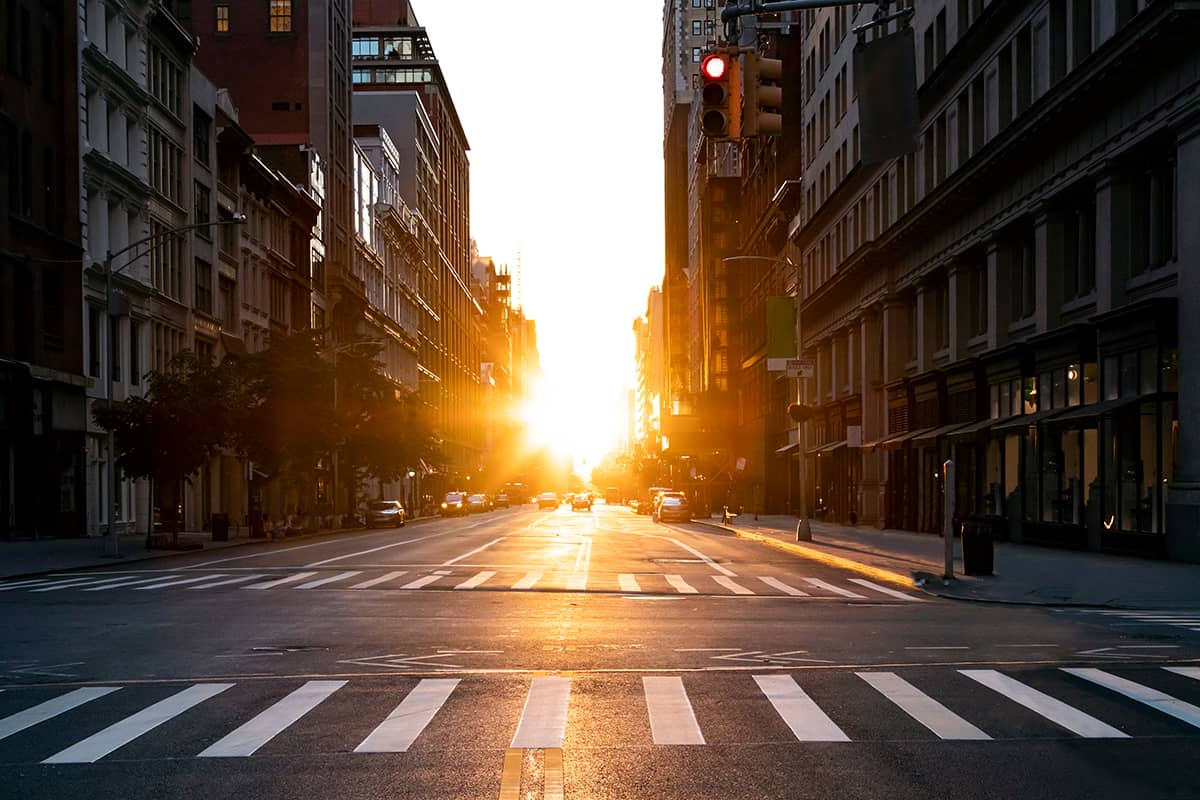 Crosswalks are an important part of public roads. They allow pedestrians to cross roads safely, provided both they and motorists follow all of the traffic laws set in place. So, have you ever wondered about the dimensions of a crosswalk?

But width and length are only a tiny fraction of a crosswalk’s overall dimensions. In this guide, I’ll speak about crosswalk dimensions in greater detail, and I’ll also cover the various types of crosswalk markings.

What Is a Crosswalk? 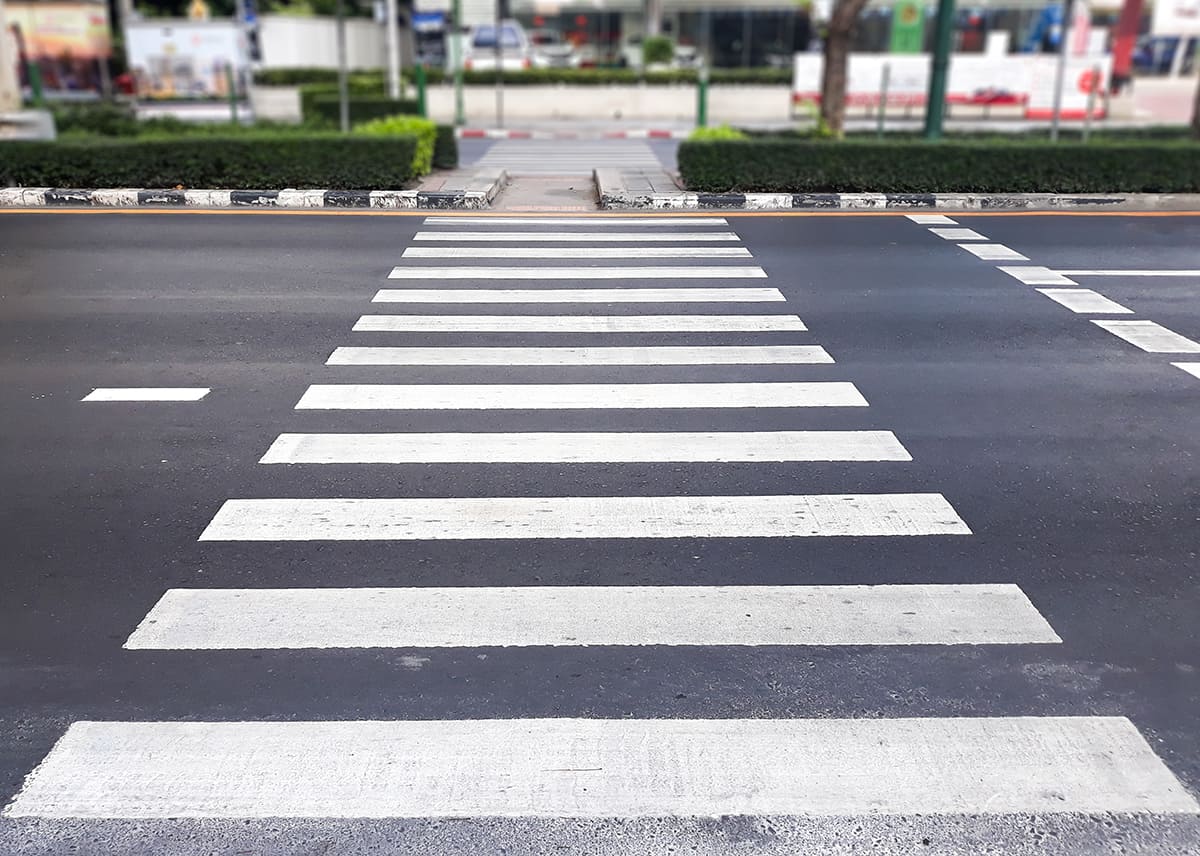 Whether you’re a pedestrian or a motorist, you should know that all public street intersections are legal crosswalks. However, a crosswalk must be marked when it is placed in a mid-block location.

However, you will oftentimes find other markings that tell motorists where to stop in order to let pedestrians pass. The stop lines should measure between 12 and 24 inches wide and should be marked at least 4 feet in advance. 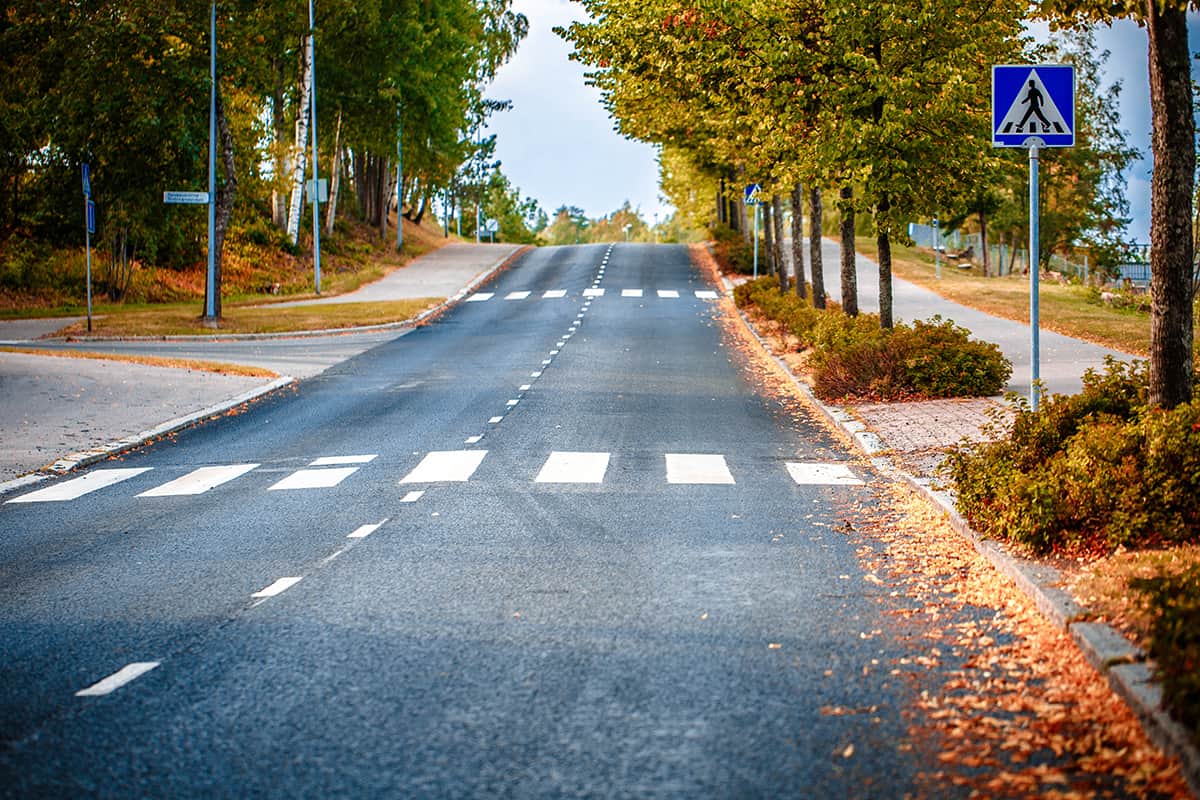 There are five types of crosswalks—controlled, uncontrolled, mid-block, marked, and unmarked.

This is an intersection that has clear traffic signs. In intersections with stop signs, motorists have to come to a complete stop before passing, regardless of whether or not there are pedestrians.

At yield signs, motorists and pedestrians must at least slow down to allow other pedestrians and vehicles to pass first. However, they are free to continue driving or walking without coming to a halt as long as it’s safe to do so.

There are also signal-controlled crosswalks that use blinking or flashing lights to control non-vehicle traffic. You will typically find these at mid-block crosswalks.

An uncontrolled crosswalk is an intersection that is not controlled by traffic signs or light signals. Despite the lack of signs, motorists must always yield for pedestrians, regardless of who has the right of way.

A mid-block crosswalk is a type of controlled crosswalk that connects opposite ends of a road that is not at an intersection. It will have highly visible lines and signs/lights to inform motorists that a non-intersection part of a road is designated as a crosswalk.

Controlled and uncontrolled crosswalks can also be classified as marked crosswalks. A marked crosswalk is a crosswalk that has been clearly marked with brightly colored paint to indicate where a pedestrian can cross. The markings are in place to tell motorists indirectly that they should be wary of pedestrians. 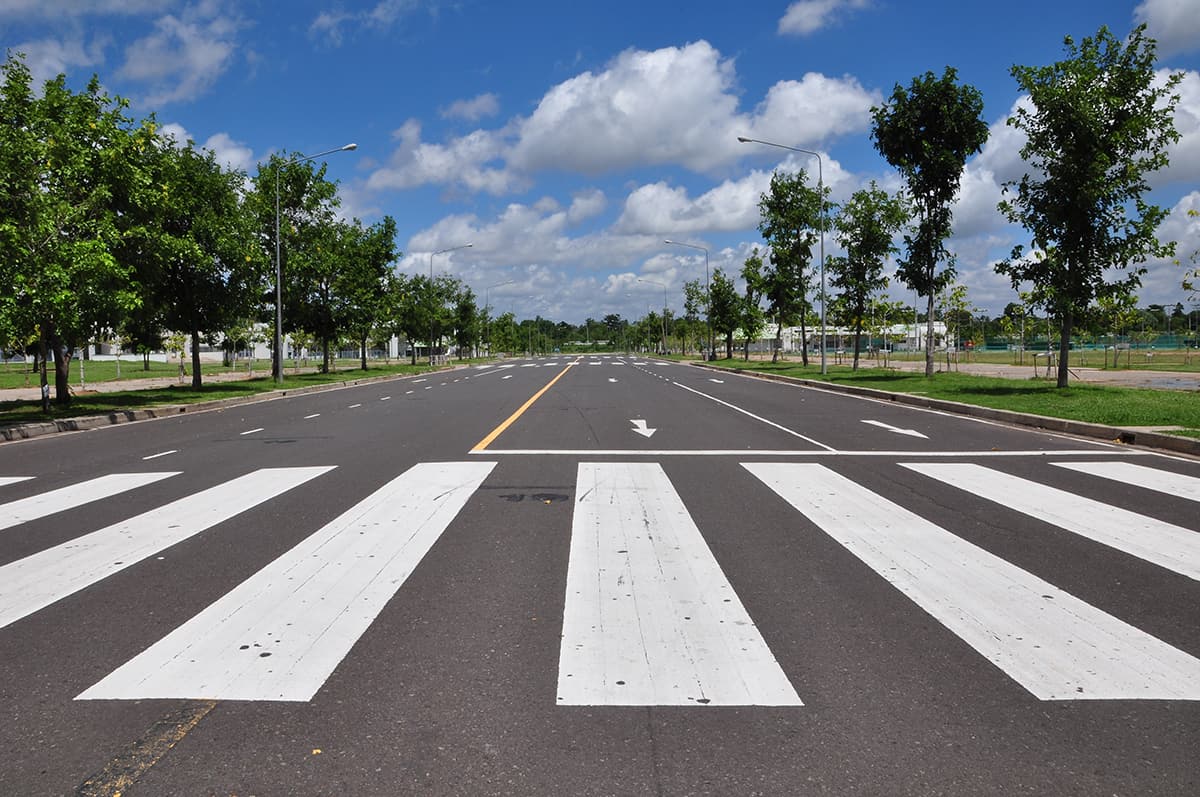 The next time you take a drive around town, try and keep an eye out for the following crosswalk markings.

The standard markings of a crosswalk will include 2 solid lines placed at least 6 feet apart. Between the lines is bare concrete that informs pedestrians where they can walk when crossing the road. The lines are usually less than 6 inches wide, so motorists will have to get pretty close to the intersection to see them.

Some crosswalks are painted as a continuous line measuring 6 feet wide and spanning the entire width of the road. Solid lines are more imposing than dashed markings, making them more appropriate for high-traffic parts of a town.

Continental markings consist of thick rectangular stripes of solid paint that are separated by about a foot of space. These markings are more effective in getting motorists to yield than standard lines.

This is a variant of standard markings, but instead of solid lines spanning the width of the road, they will consist of dashes that are separated by around 6 inches of blank space. With frequent painting, dashed markings can maintain their high visibility. However, they are less visible from a distance than solid and continental lines.

A zebra crosswalk will consist of 2 solid lines spaced at least 6 feet apart. In between the lines will be solid blocks of paint measuring roughly 6 feet wide and placed at 45-degree angles. Zebra markings combine the best of both solid and continental patterns; they’re highly visible from a distance and maintain their brightness for long periods of time.

A ladder crossing is just like a zebra crossing, except the wide rectangular stripes are perpendicular to the sidelines.

What Are the Differences Between White and Yellow Crosswalks? 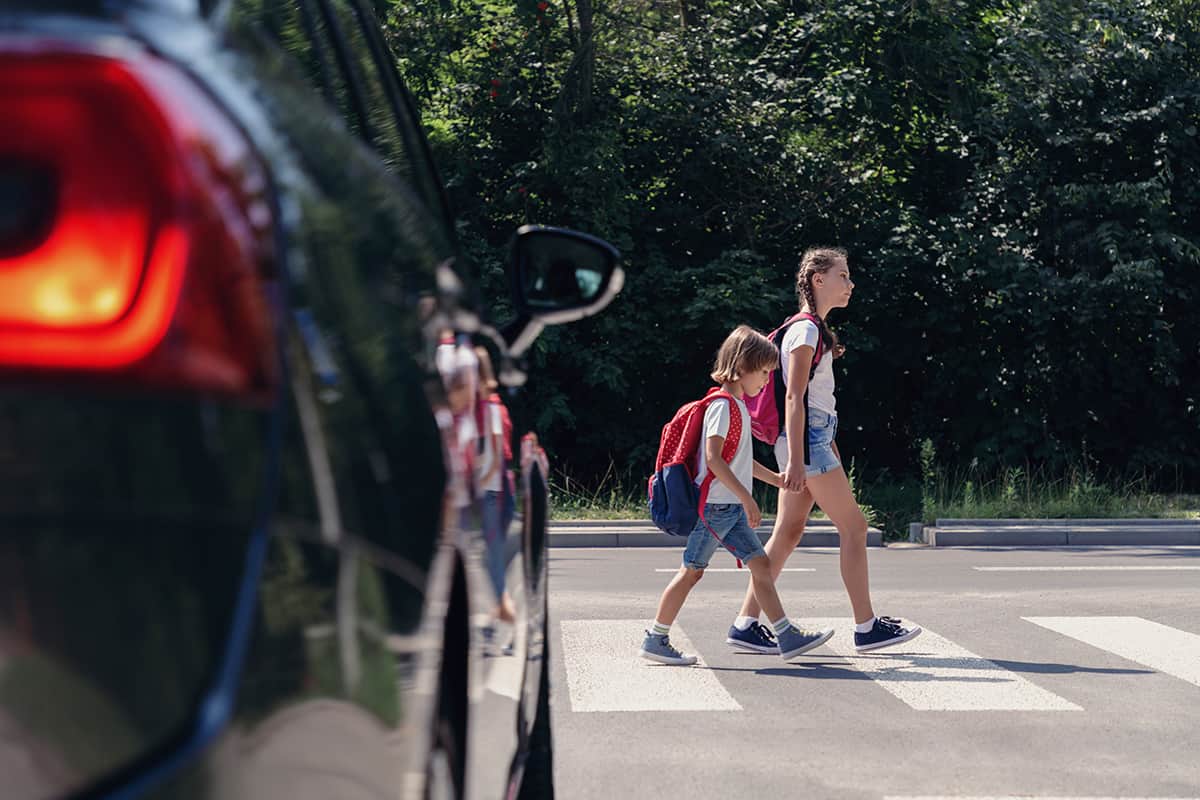 Have you noticed how some crosswalks come in yellow while others are painted all white? The reason is quite simple—yellow markings denote school crossing, whereas white markings are used to indicate standard crossing zones.

Although motorists should exercise caution regardless of where they are, yellow markings yell drivers to pay extra attention to small children who might dart out onto the road unexpectedly. 2019 saw over 600 school-aged children die from crashes while attempting to cross the street, so when you pull up to a school zone, especially in a place of town you don’t frequent, always drive with extra care.