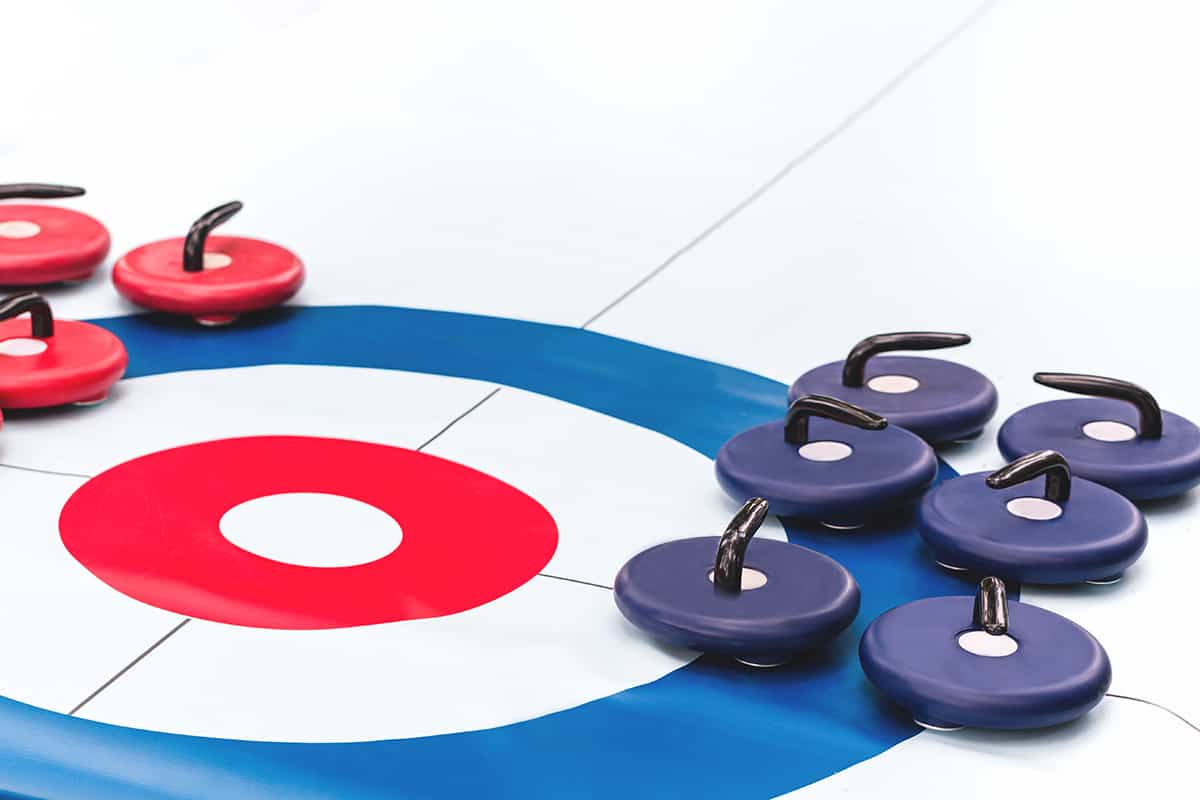 As silly as it might appear, curling is a legitimate sport. Sweeping ice with a curling broom to increase or decrease the speed of a curling stone can actually earn you a five-figure salary if you’re good at it. But if you want to master the game, you first have to become familiar with the size of a curling court.

According to the World Curling Federation’s rulebook, an official curling court must measure longer than 45 meters (147.6 feet) long and up to 5 meters (16.4 feet) wide.

In this guide, I’ll talk about the history of curling, as well as explain the dimensions of a curling court in more detail and the basics of playing the sport.

A Brief Look at Curling’s History 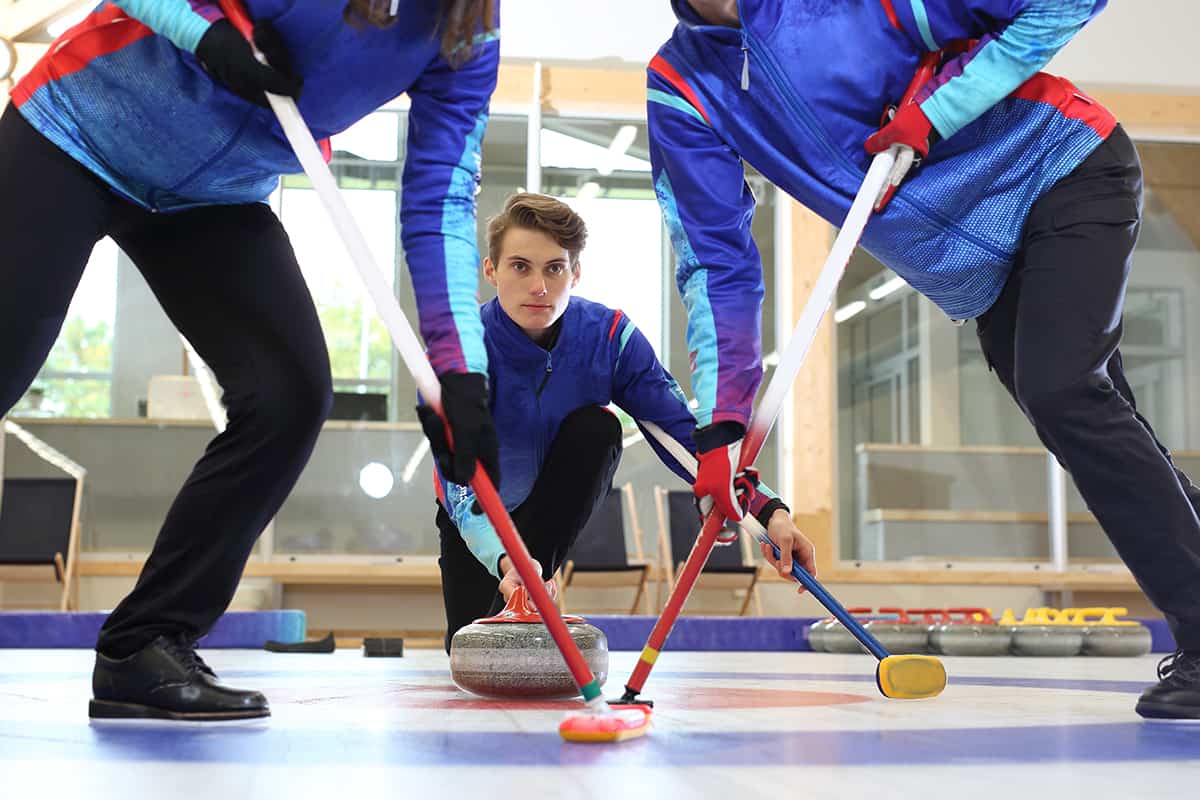 Curling has been around for roughly 700 years, believe it or not. The oldest records we have of curling dates back to the 1500s, which described matches held in Scotland and the Netherlands. Historically, it was referred to as the “roarin’ game,” which is a shout-out to the roaring sound that the curling stone makes as it slides across an icy surface.

It wasn’t until the 19th-century hat the first official curling matches were held in Europe and North America. In 1924, curling was added to the Olympics, with Great Britain defeating Sweden. It wasn’t until 2006 that medals would be handed out to the winners of the match that took place 82 years prior.

For most of modern history, countries all over the world struggled to establish an international governing body for curling. A huge milestone was reached in 1959 when Scotland and Canada started the Scotch Cup. This would spark interest in America and all over Western Europe, and in 1966, the International Curling Federation was born. In 1991, it changed its name to the World Curling Federation (WCF).

Today, the United States Curling Association watches over 185 curling clubs with around 23,000 members. Team USA would take home its first gold medal in curling during the 2018 Winter Olympics in Pyeongchang, South Korea. The leading gold-medal holder in the sport of curling is Sweden, which won four consecutive gold medals in the 2006 and 2010 Winter Olympics.

A curling court, which also goes by the names curling rink and curling sheet, is a flat, icy, rectangular surface.

A curling court is much smaller in size than if you are to compare this to a hockey rink’s dimensions – measured at 200 × 85 feet by the National Hockey League.

The markings on a curling court are as follows:

Side-Line and Back Board—The exterior perimeters of the court that define the playing area.

Center Line—The dividing line parallel to the sidelines that divide the rink into 2 equal parts. The starting and ending points of the center line are the hacks.

Hacks—Footholds that the teams use to throw the curling rock. The players start at the hack on the opposite end of the house, where they aim their throws.

House—The target that players try to throw the rock to score points. The house consists of 4 rings, with a central ring called the button.

Button—The center of the house denoted by the intersecting point between the center and tee lines.

Tee Line—The perpendicular line that intersects with the center line directly through the button. The space between the tee and hog lines, excluding the house rings, is called the free guard zone.

Hog Line—The line is placed 10 meters (32.8 feet) away from each hack. It marks the beginning of the free guard zone.

Courtesy Line—The line that indicates where players from a non-delivering team can stand and spectate. The courtesy line is placed 4 feet behind the hog line to give referees an unobstructed view of the delivery.

The following table will describe the measurements of each of the parameters mentioned in the previous section based on a 150 × 16.4-foot curling court.