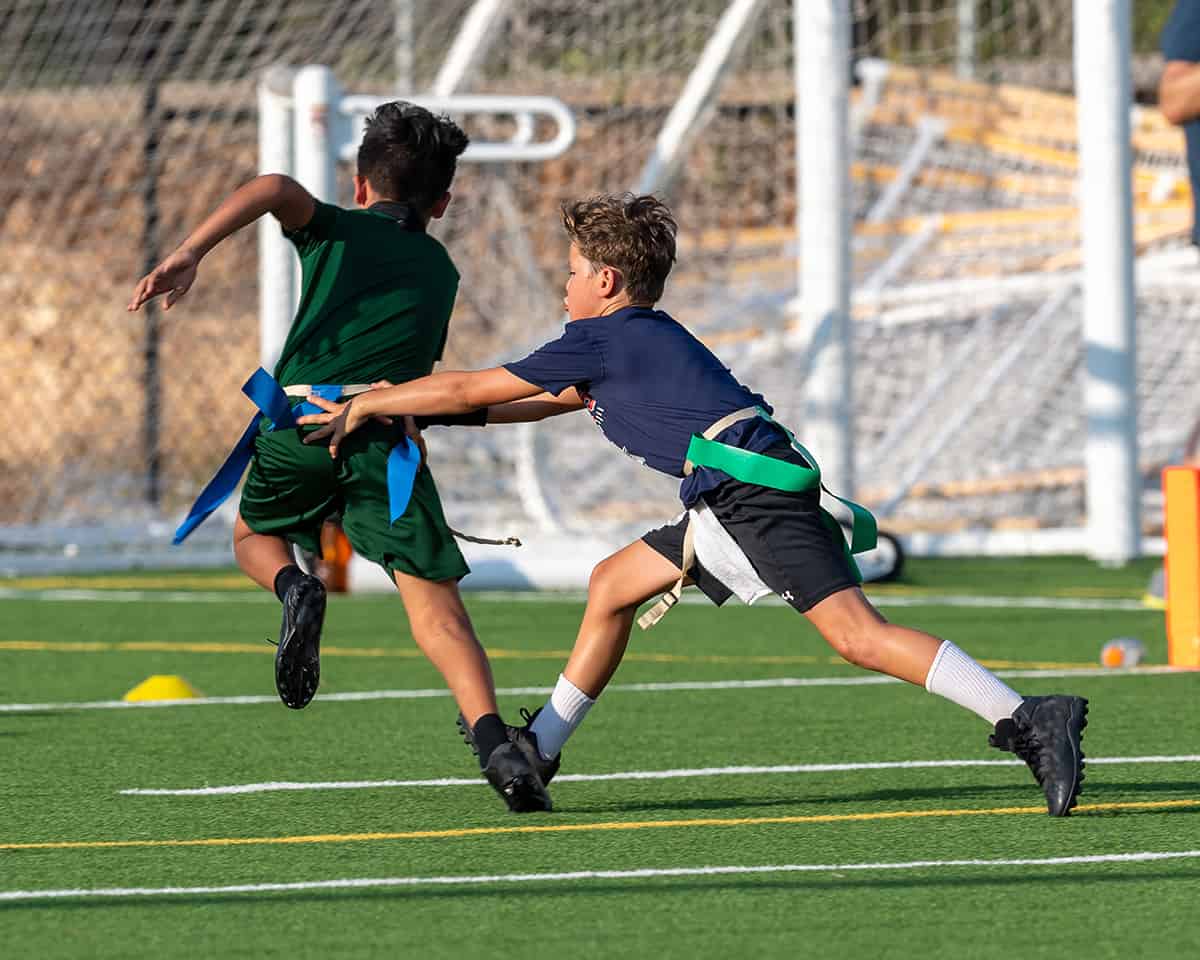 Have you ever wanted to play American football without brain or spinal injuries? If so, then it sounds like flag football is for you. Football and flag football may be similar in many ways, but the sizes of their fields are not.

Flag football is played on a field that measures 70 yards long and 30 yards wide. The end zones measure 10 yards wide, leaving a playing area of 50 × 30 yards. However, there can be slight variations between regulation flag football field dimensions.

Have you ever wondered how flag football is played? If so, I’ll explain everything you need to know about flag football, from the size of the field to the rules.

What Is Flag Football? 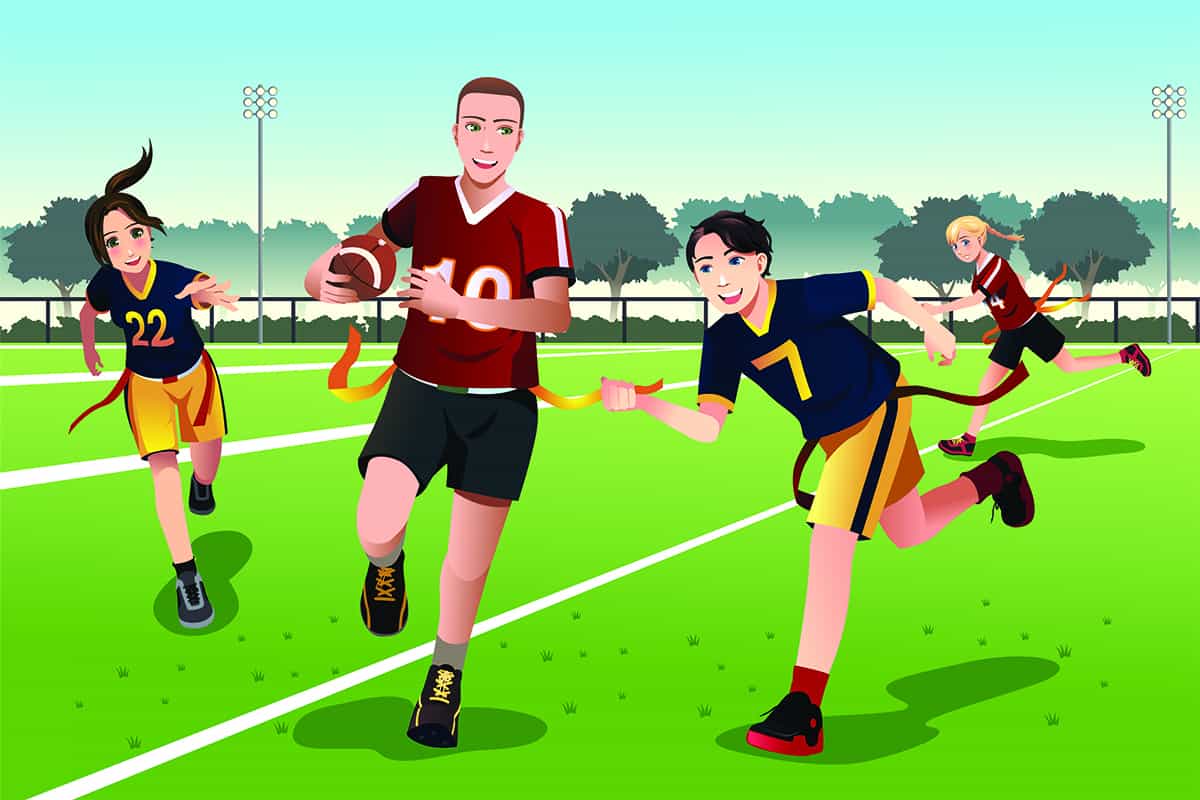 The history of this team sport can be traced back to World War II, when US military personnel wanted a way to enjoy one of America’s favorite pastimes without inflicting injury to each other. While there is some debate regarding the birthplace of the sport, the earliest records show that it was developed in Fort Meade, Maryland.

Flag football is a non-contact sport that limits the majority of rough-housing during gameplay. Instead of tackling or diving into each other, players wear belts with low-hanging flags around their waists that signify the end of the play when removed from a ball-carrying player.

Although flag football still requires high levels of defensive and offensive strategies, tactics like screening or fumbling the ball are prohibited. Flag football is less about being physical and more about increasing the pace at which football is played.

Dimensions of a Flag Football Field 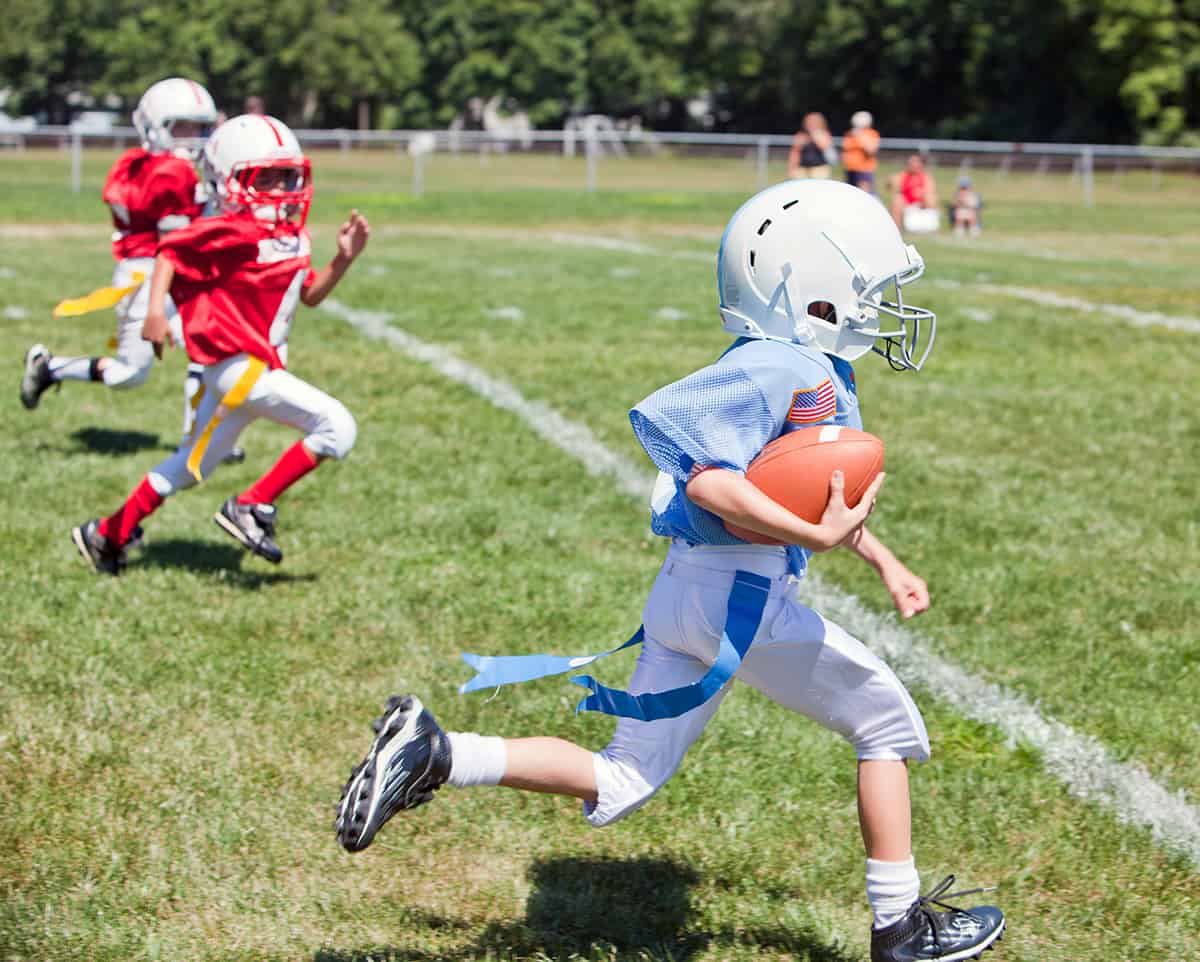 In this guide, I will explain the basics of flag football rules and how they differ from traditional football. But before we begin, let’s talk about the sizes of a flag football field.

The differences might seem minute, but after learning about the markings on the field, you might realize just how impactful they can be.

There are a few terms you should understand about flag football fields. Knowing them will help paint a picture of how the three regulation-size fields differ from each other.

Playing Field—The length and width of the entire field minus the end zones. The playing field can measure 50 × 30 yards or 50 × 25 yards.

No-Run Zones—Specific places in a flag football field where players must pass the ball to score a touchdown or to earn a first down. These zones are established to prevent players from initiating contact at the most critical parts of the field. The no-run zones are established 5 yards in front of each end zone and 5 yards wide from the midfield line toward the end zones in both directions.

Midfield Line—The line that divides the flag football field in half.

The Rules of Flag Football 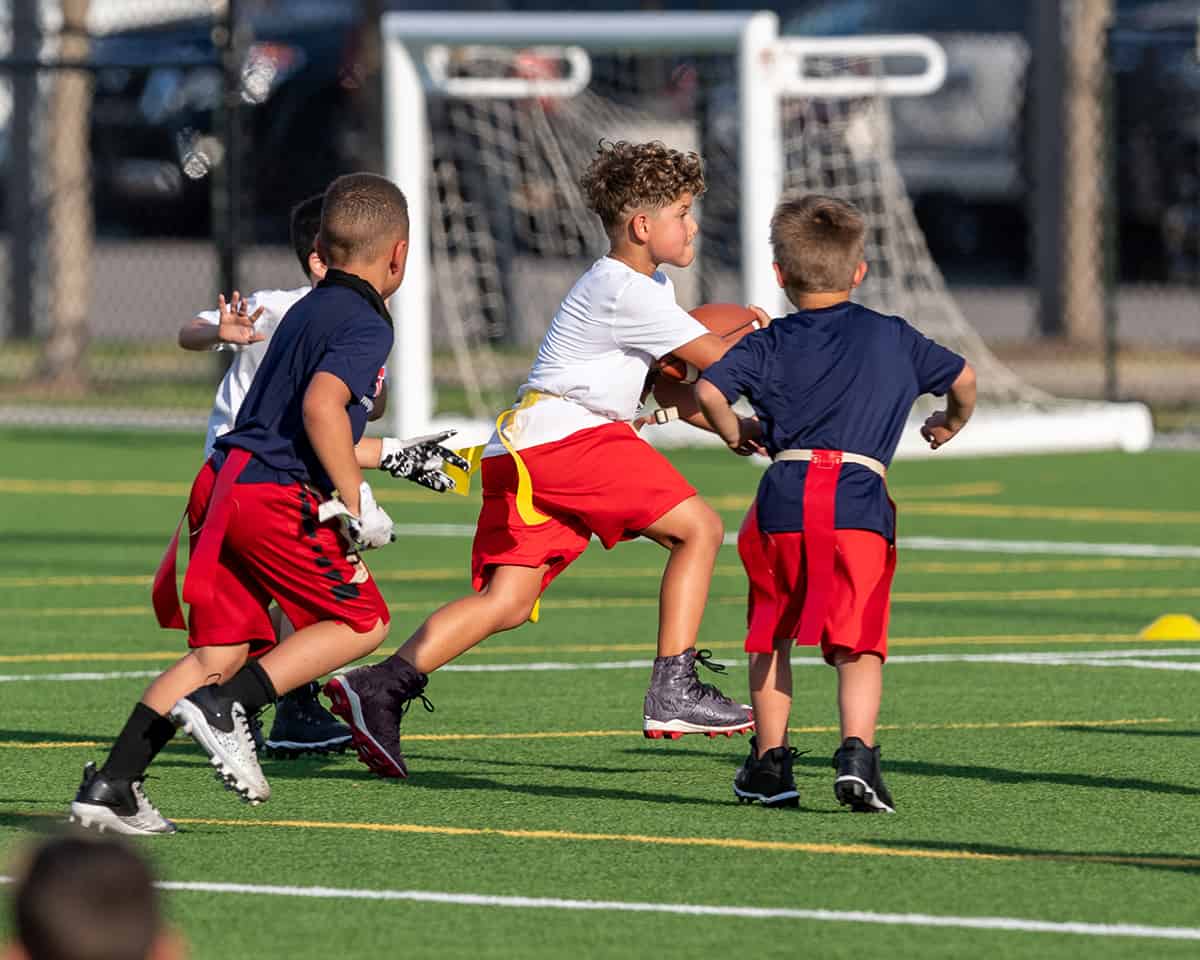 For a more comprehensive breakdown of how to play flag football, you can check out the official rulebook created by the NFL. Since the league is pushing hard to get flag football in the Olympics, these are the rules that most, if not every, minor-league flag football association should follow.