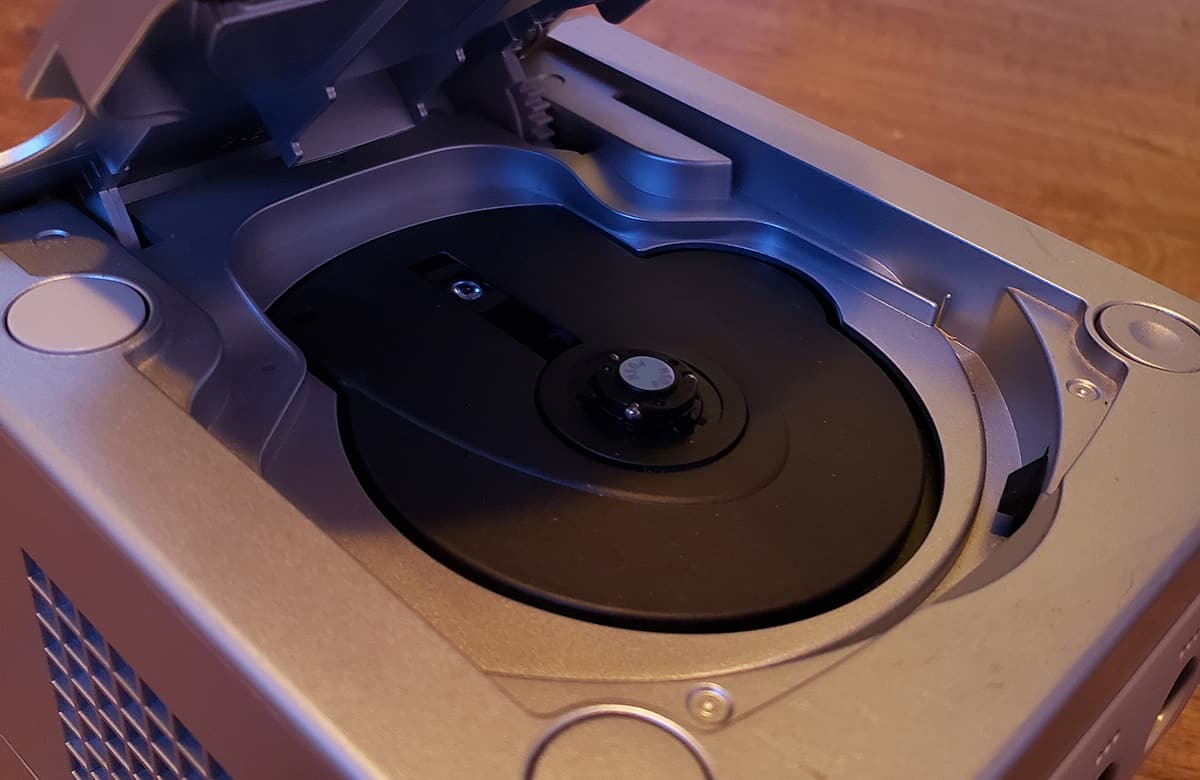 A Nintendo GameCube, which is unsurprisingly cubic in shape, measures 5.9 inches wide, 4.3 inches tall, and 6.3 inches deep. It has an overall weight of about 5.3 pounds, and it was the first Nintendo gamine console to use optical discs instead of cartridges.

For those who have no idea what made the GameCube a masterpiece, you’ve come to the right place. In this guide, I’ll speak about its physical specifications and what made it such a fantastic console.

What Is the Nintendo GameCube?

The Nintendo GameCube belongs to the sixth generation of video games, alongside the PlayStation 2, the Xbox, and the Sega Dreamcast. Development on this home game console began as early as 1997 under the project monikers N2000, Star Cube, and Nintendo Advance. 4 years later, the GameCube hit the Japanese market, and a month after that, it was introduced to North America.

Reception of the Nintendo GameCube was mixed. Some critics praised it for its low price tag compared to the other sixth-generation consoles. However, its lack of games on launch day made it really hard for people to love, especially those whose first console was the GameCube. Still, during the weekend of its launch, Nintendo amassed $100 million in sales in North America alone.

With the launch of seventh-generation consoles, including the Nintendo Wii, the GameCube ultimately found itself collecting dust on gamers’ shelves around the world. Nintendo managed to sell over 21 million units, which sounds pretty decent, but it was nowhere near Nintendo’s projection of 50 million units. As such, many have deemed this iconic console a commercial failure, even gamers around the world have a soft spot for the GameCube. 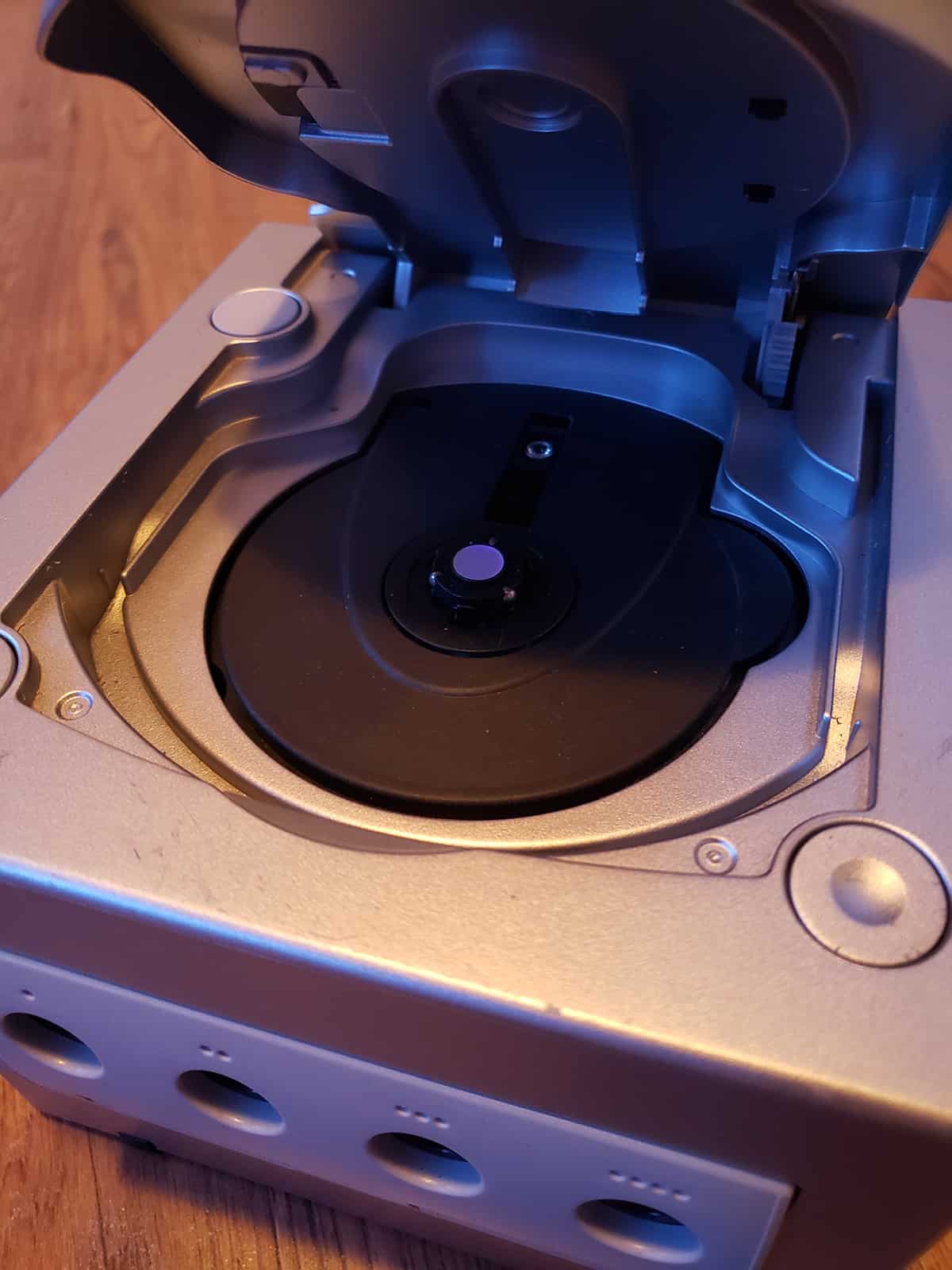 Seeing as how the sixth generation of game consoles ended sometime in 2013, it should surprise no one that the Nintendo GameCube is nowhere near as powerful as present-day machines. Still, to gain a greater appreciation for what Nintendo, Sony, and Microsoft have been doing, it’s worth knowing what the GameCube had in store.

The Nintendo GameCube stood out from the rest of its 6th-gen competitors. It was cubic in shape, unlike the rectangular designs of the Dreamcast, PS2, and Xbox. It also had an incredibly unique controller that combined aesthetics with comfort.

When looking at the game console from the front, it measures 5.9 inches wide, 4.3 inches tall, and 6.9 inches wide. It wasn’t a perfect cube, but it was more cuboid than the other game consoles of its period.

Just for fun, let’s see how the GameCube compares to its sixth-gen competitors in size.

There’s a lot to unpack when looking at the GameCube controller. It didn’t come with all the bells and whistles modern controllers have today. And while it might look outdated, it had a lot going for it.

Firstly, it just felt right in your hands. The sleek grips fit comfortably in the contours of your palms. It was neither too big nor too small, and the buttons were in comfortable positions for playing intense games like Super Smash Bros. Melee. Perhaps the dramatic change from the N64’s awkward controller to the GameCube’s comfortable controller made it pop in contrast.

Those who were against wired controllers could’ve picked up the WaveBird controller for their GameCube. Being one of the first wireless controllers in modern video game history, it set a new precedent for competing companies to come up with their own cable-free controllers, which we wouldn’t see for several months after the WaveBird’s release.

What Made the GameCube Unique?

People still have a soft spot in their hearts for this game console that was discontinued back in 2007. But why is that? Was it just because it had a few awesome games, or was there something deeper to it?

Here are a few choice reasons why the GameCube was such a fantastic home video game console.

The GameCube looks nothing like the Dreamcast, PS2, or Xbox. Instead of coming in an all-white color, it was first released with an indigo finish that was both playful and memorable. While indigo was the primary GameCube color, Nintendo would later release jet-black, platinum, and “spiced orange” (Japan only) GameCubes.

Nintendo was not the first company to introduce memory cards to their consoles. That title belongs to Nat Geo, who released the AES console back in 1990. However, the GameCube was the first that let had multiple storage capacity options, just in case players only played a handful of games.

Initially, GameCube only had 2 or 8MB memory cards, but later on down the line, owners could pick up a massive 64MB memory card with 1,019 blocks. A single memory card was even the most diehard GameCube fan needed to store all of their games, even though the console offered 2 memory slots.

If you take a look at the GameCube’s library of games, you’ll instantly know why the GameCube was such a hit, despite being labeled a “commercial failure.”

Here is a list of the top-10 best-selling games for the Nintendo GameCube.