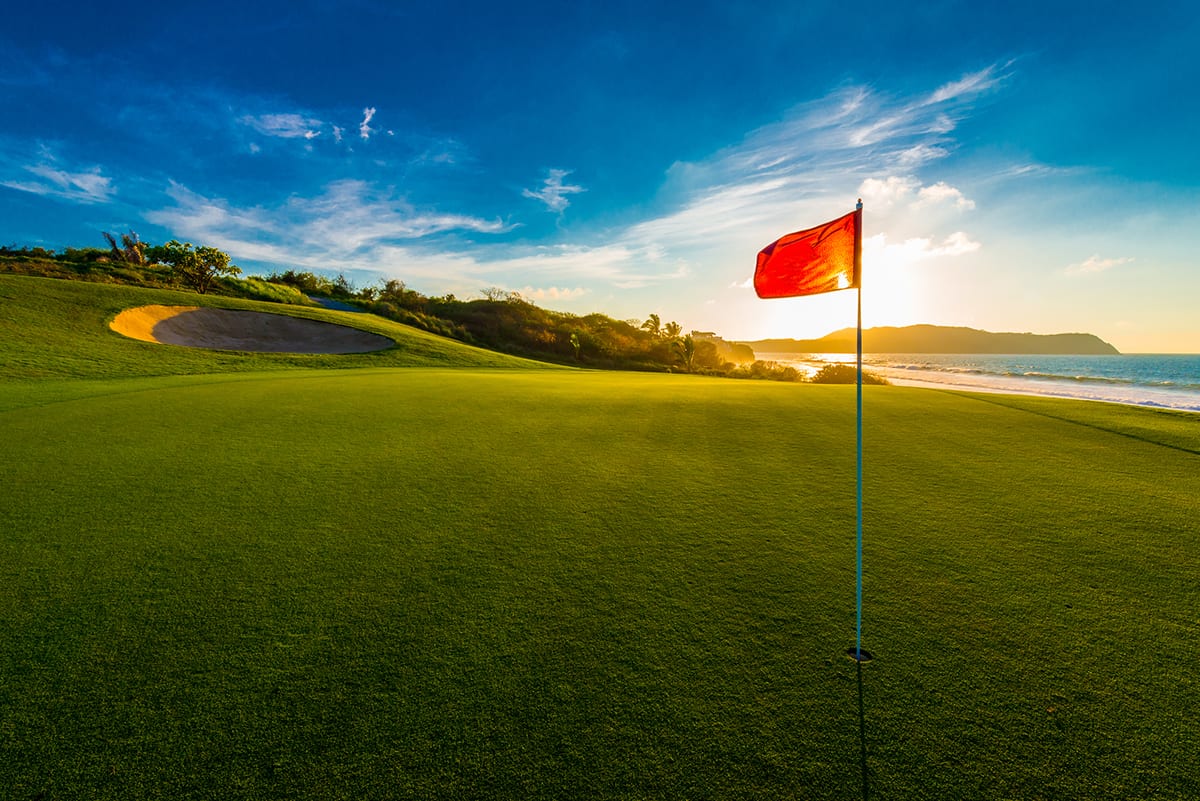 One of the most important pieces of equipment in a game of golf is the golf flag. The flag is mounted on a tall stick, known as the pin, to let players know where the hole is. So, how big are those golf flags?

A golf flag will measure 14 × 20 inches in size, with the top corner of the flag mounted on top of a 7-foot pin.

In this guide, I’ll explain what purpose the golf flag serves, and I’ll also cover the sort of things you should know when manning the golf flag.

What Is a Golf Flag? 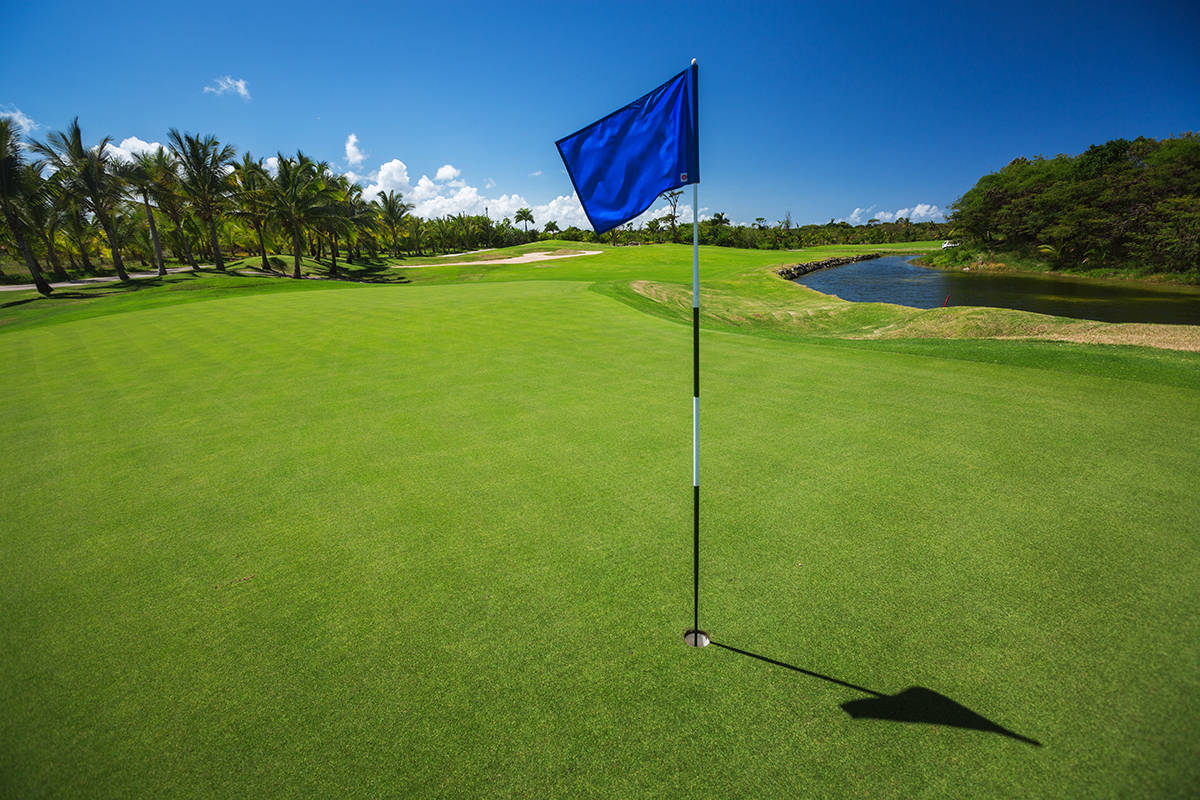 As previously indicated, a golf flag is an important part of playing golf. It’s a tall stick that is used to inform players of where the hole is located on a green. Without it, players would have a difficult time figuring out where to aim their shots while playing on strange and unfamiliar golf courses.

The golf flag stands several feet into the air, which is usually visible from hundreds of yards away. Experienced golfers might also use the swaying of the flag to give them a rough idea of wind direction and speed, thereby allowing them to adjust their shot to get the best aim possible.

How Big Is a Golf Flag? 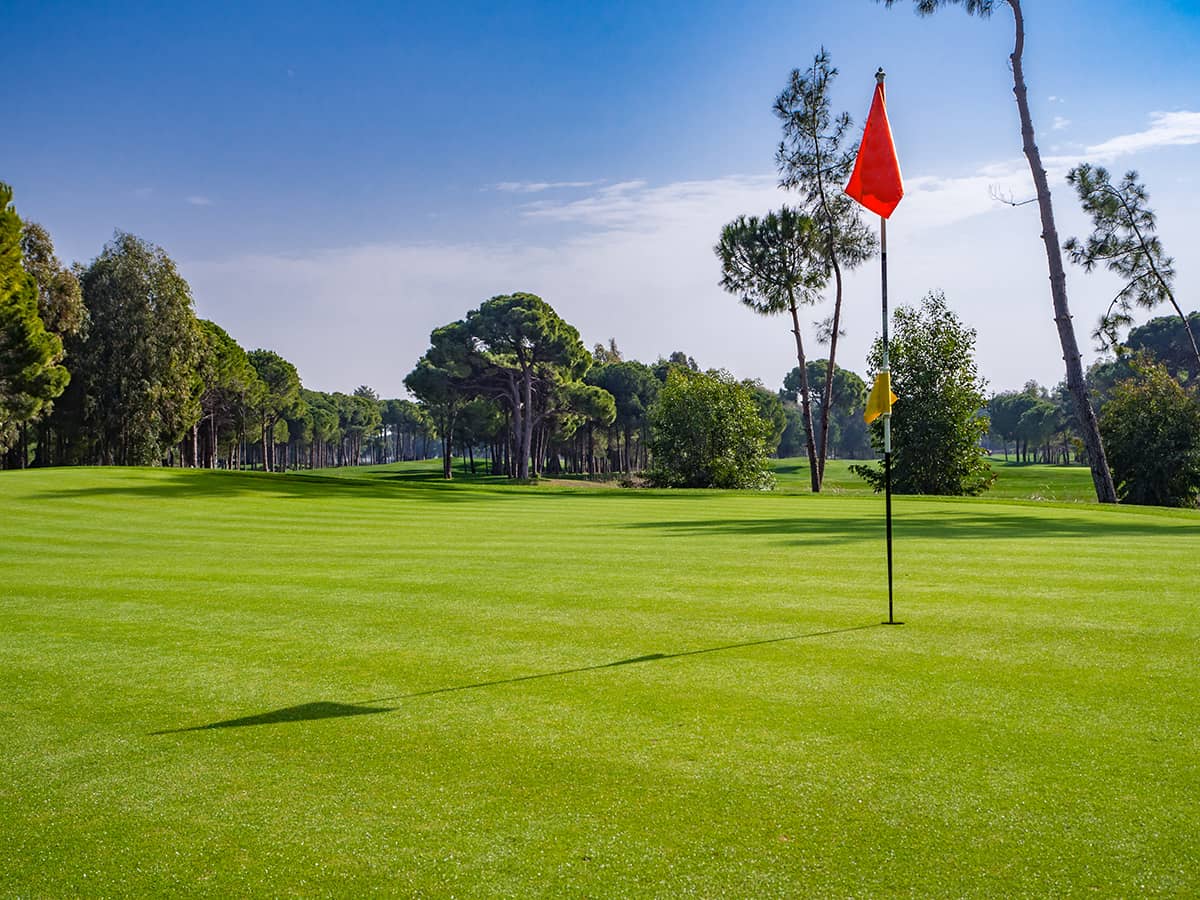 In the end, the size of the banner should be directly related to the thickness of the pin. If the flag is too large, it may cause the pin to sway, which can throw off a golfer trying to adjust their shot based on wind direction and speed.

How Big and How High Is a Golf Pin?

The height of the pin should stand at least 7 feet tall. With all of the attachments in place, the most anyone will see of the pin and flag will be at least 6 feet 8 inches.

Rules Regarding the Golf Flag 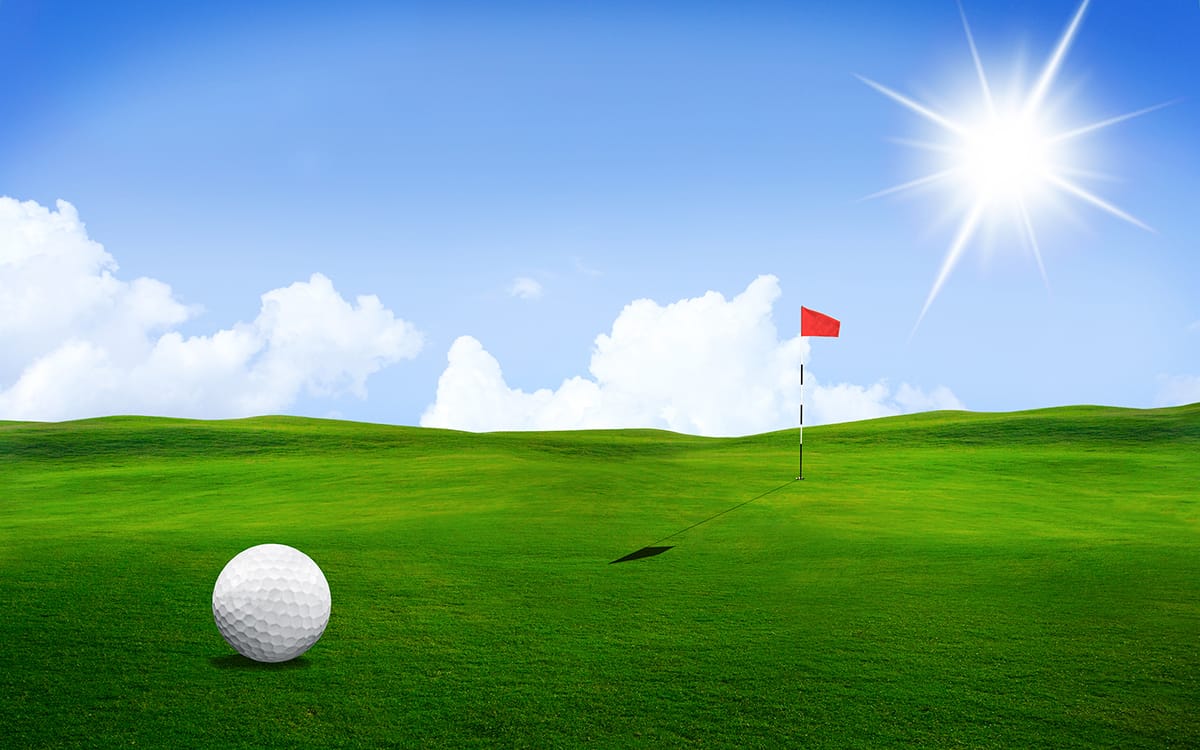 The only time you should pay special attention when tending to the golf flag is when a player is putting. Immediately after a player’s club makes contact with the ball, you should remove the flag from the hole, making sure not to affect the grass surrounding the hole so as to prevent giving an advantage or disadvantage to the player.

In the past, hitting the flagstick with the ball was considered a foul and would earn you a 2-stroke penalty. In 2019, this rule was changed to no longer penalize a player whose ball made contact with the flagstick while putting.

The main reason for modifying this rule was to increase gameplay—the fear of accidentally earning a 2-stroke penalty would force caddieless players to remove the flag themselves, which would add around a minute or so of gameplay per hole.

Unwritten Rules of Tending to the Flagstick

There are written regarding how players should tend to the flag stick, which you can check out here. However, there’s quite a long list of unwritten rules that players, especially those participating in tournaments, should adhere to.

The farther away you are from the flagstick while not causing it to sway, the better. Also, orient your body so you don’t cast a shadow over the whole, which can make it difficult for the opposing player to adjust their shot.

The official rules of golf state that you should remove the flagstick from the hole after the opposing player’s club make contact with the ball. However, prior to this, if you think your opponent has a good shot of sinking the ball, loosen the flagstick from the hole before they swing the club. That way, you don’t run the risk of accidentally tearing up grass and affecting the size of the hole.

Unwritten Rule #3—Don’t toss the flagstick on the ground

Due to its thickness, the pin is prone to warping if handled roughly. If it’s bent, it can cause others players to misread the direction of the hole, which could affect their aim. Gently place the pin on the ground next to you if you remove it from the hole.

This isn’t a gameplay-affecting rule, but it’s common golf etiquette. If you’re the first person to putt in your group, you’re the one who should replace the flag after everyone is ready to move to the next hole.

Should I Leave the Flagstick in the Hole?

In short, there’s a very small chance that the trajectory of the golf ball will cause it to bounce back into the hole. More often than not, when putting from a distance of 25 feet and beyond, a putt will result in the ball missing the hole or traveling too quickly and bouncing off the flagstick.