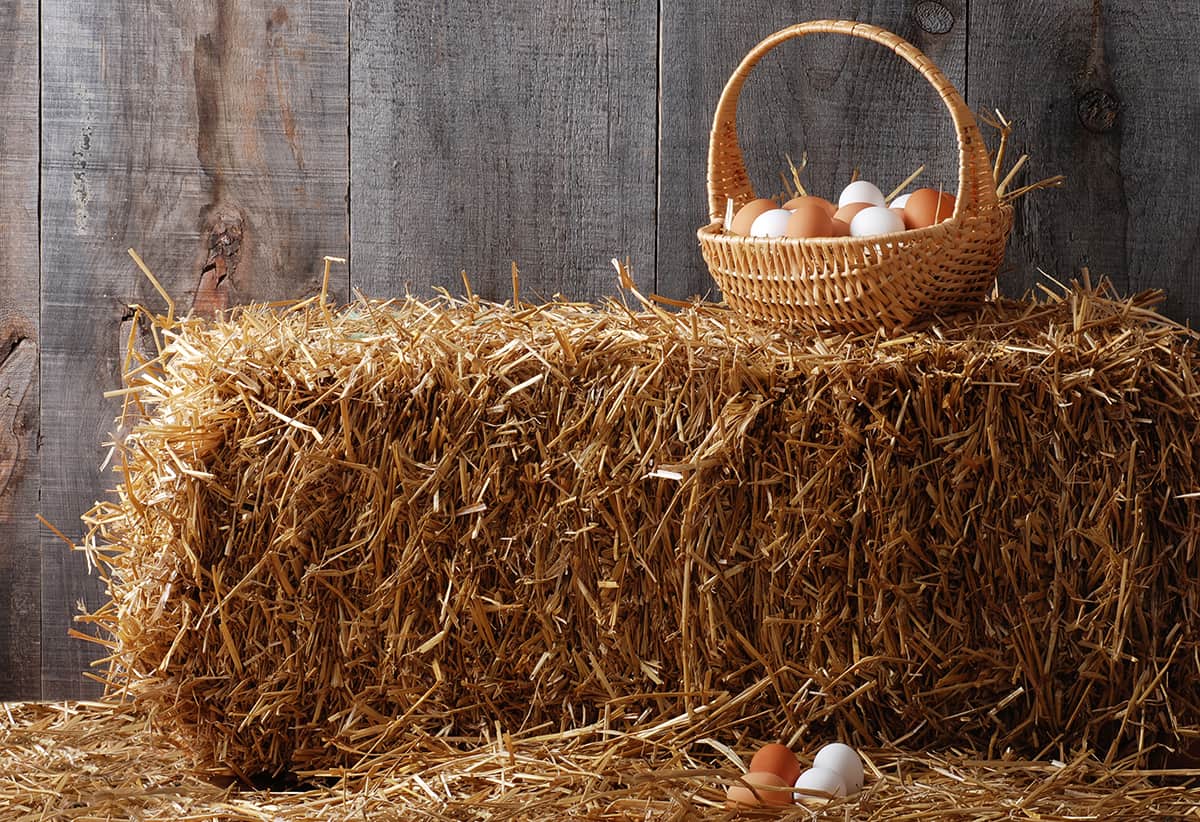 Hay is made up of a plant or grass—typically alfalfa—which is used to feed farm animals. The history of hay being used to feed animals dates back to the 19th century when farmers already had tools to produce hay.

If you’ve watched any number of western movies or cartoon shows, you’ve probably seen hay bales come in all shapes and sizes. When looking at hay bales, farmers have to consider the hay bale’s size, weight, and density.

Find the sum up in the drawing blow. 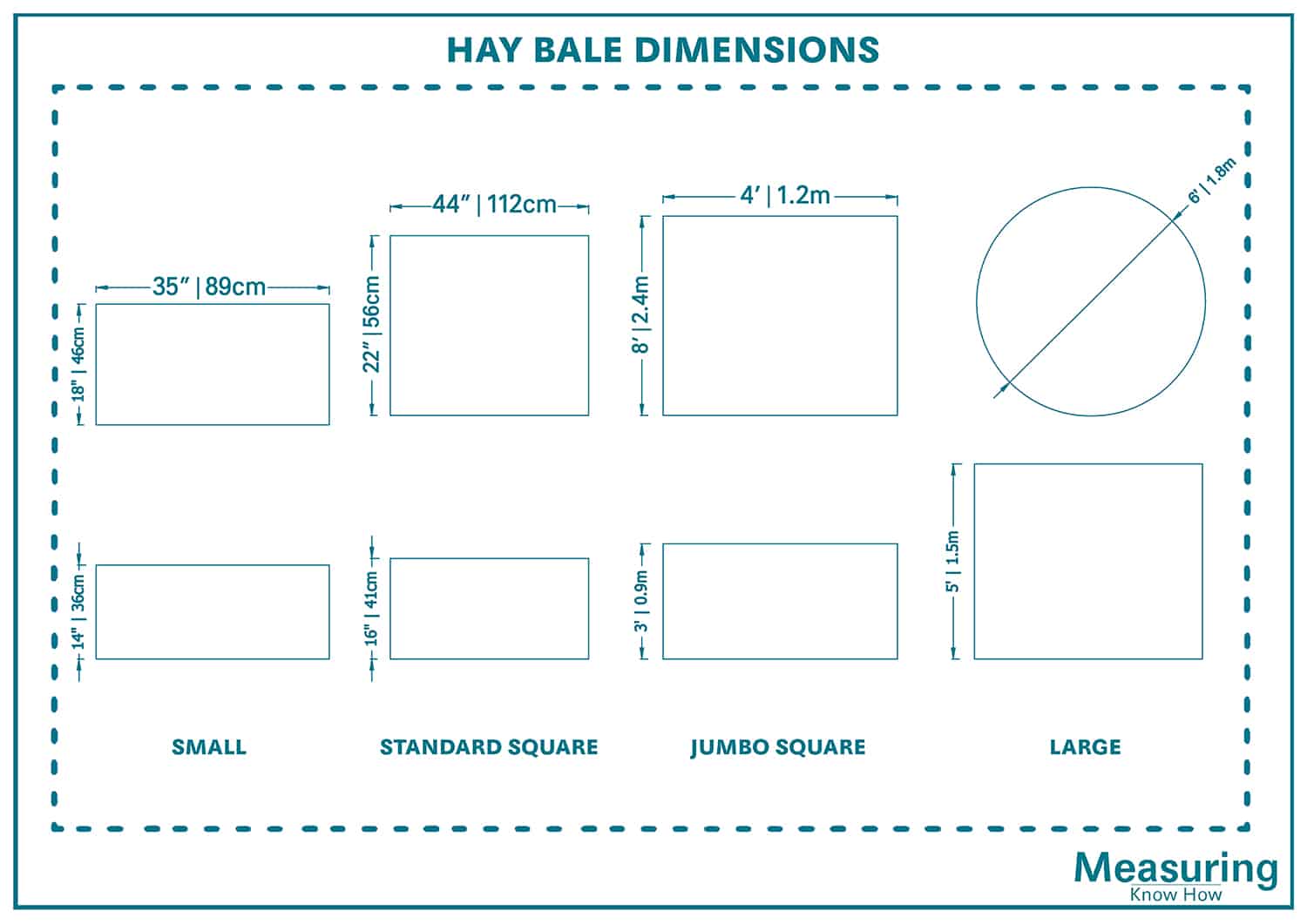 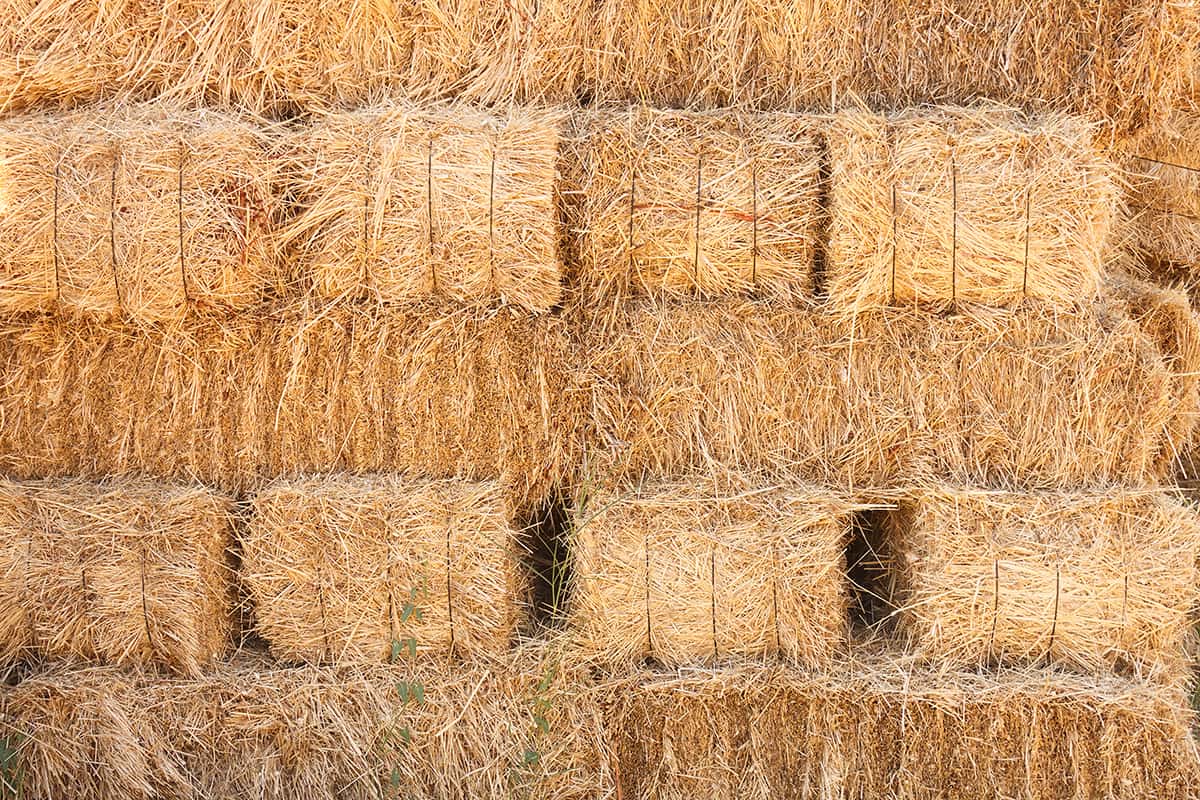 If you go to a hay retailer, you might find that they sell hay bales in different shapes and sizes. Although the exact measurements may differ among retailers, you can generally find the following hay bale types and dimensions.

Compact squares are normally used for small-scale farms and are available year long. However, retailers will also consider how many bales the buyer purchases per transaction.

Similar to compact squares, the standard square can be available year long, depending on the retailer, and they’re used to feed a tiny number of animals per bale.

Jumbo squares may not be readily available, so customers may have to reach out to the retailer several weeks or even months before they plan on receiving the bales.

A round hay bale is usually the largest kind of hay bale for sale. The size differs among retailers, but you can usually find round hay bales that measure 5 feet in width and 6 feet in diameter (1.5 × 1.8 meters). The weight of such a round hay bale can be as much as 1,500 pounds (680 kilograms).

Similar to jumbo-square hay bales, buyers will have to contact the retailer beforehand to see when they can provide round hay bales and at what quantity.

Why Size and Weight Matters

So, why does all of this matter? What is the importance of taking into account the variables that affect a hay bale’s size and weight?

The simple answer is economics. Larger hay bales—i.e., those that are larger and weigh more—will cost the farmer less per ton than smaller hay bales. Basically, the more hay bales you order per transaction, the more you can save.

To illustrate, one cow will consume 2% of its body weight, which is the equivalent of 24 pounds of hay daily. After taking into account the hay quality, a farmer is considering purchasing 1 ton of either compact-square bales or large round bales.

A single small-square hay bale weighing 50 pounds can cost the farmer around $6, whereas a 1,500-pound large round bale will go for around $120.

Even though the dimensions can be an important metric in deciding how small or large the hay bale is, it’s not the only point to consider.

The density of a hay bale refers to how tightly wrapped the bale is, so more foliage can be compacted into a denser size while weighing more than a larger bale. 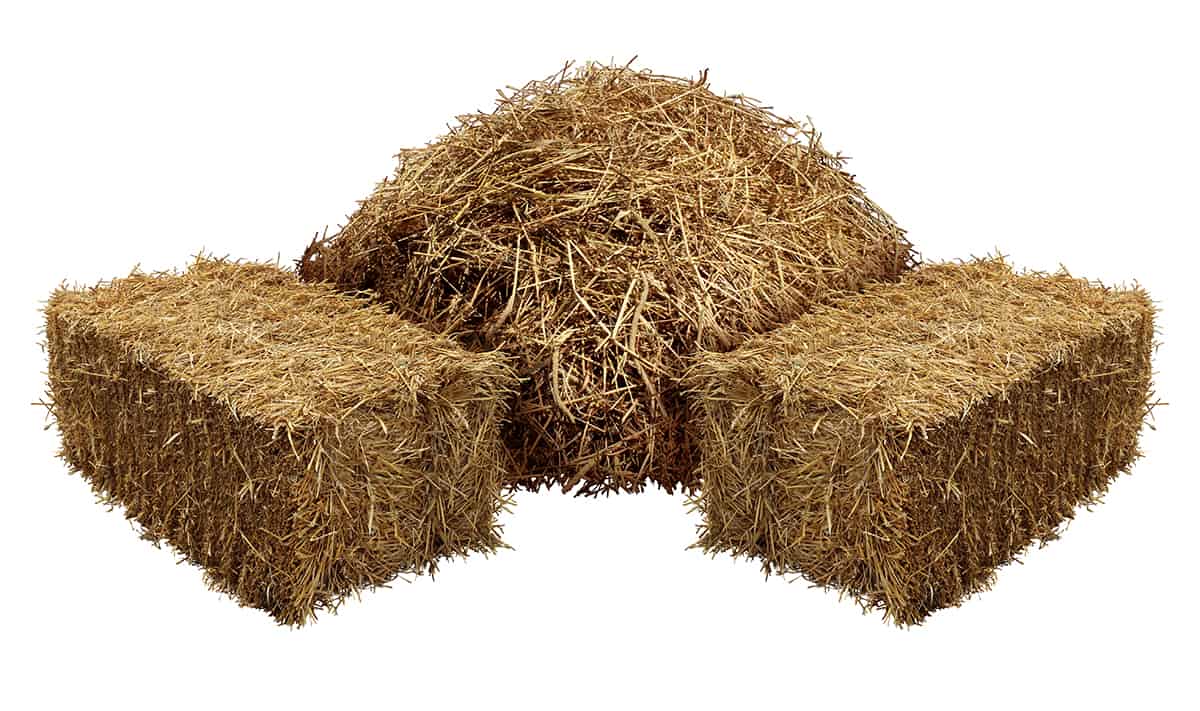 The number of strings or ties used to compact a hay bale will generally give buyers an idea of how dense the hay bale is. For instance, a 3-string hay bale may measure 18 × 35 × 14 inches (46 × 89 × 36 centimeters), but it could weigh up to 100 pounds, whereas a 2-string hay bale with similar measurements is lighter.

2. Difference between straw and hay?

Straw and hay are oftentimes incorrectly used interchangeably. While they can both serve the same function—i.e., feeding farm animals—straw is a byproduct of grain crops, whereas hay is made of plants that are used specifically to feed animals. If you want to use straw to feed farm animals, make sure you supplement their diet since straw does not contain protein or boost energy.

It depends on how many animals you feed and how economical you are in raising them. Generally, the more animals you have, the larger the hay bale you should get since it can be cheaper per ton. Hay bales generally have a maximum lifespan of up to 36 months, depending on how well you store it, so even purchasing large bales may be feasible for hobbyist farmers.

If you found this guide helpful, please let your farmer friends know by sharing it with them. Also, if you have experience in farming, I’d love to hear about what type of hay bales you use to feed your livestock.