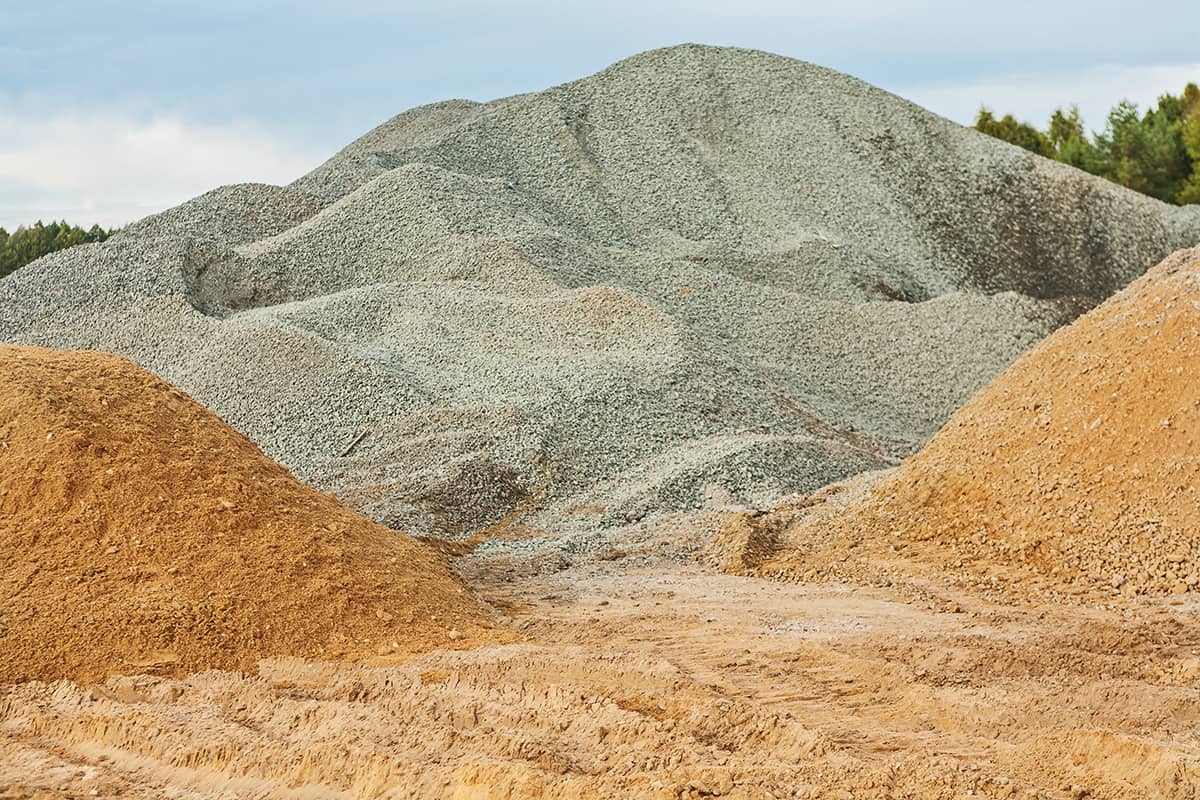 No tall grains of sand are the same shape and size. If you pick up a handful of sand, you’ll find that some grains are much larger than others, which is why construction sites will sift the sand and use uniformly shaped grains of sand. So, on average, how big is a single grain of sand?

The technical definition of sand is a granular material that measures between 0.06 and 2 millimeters. Sand is smaller than gravel but larger than silt and clay particles.

In this guide, I’ll explain the difference between sand and the other types of soil, what sand is made of, and how to sift sand properly. 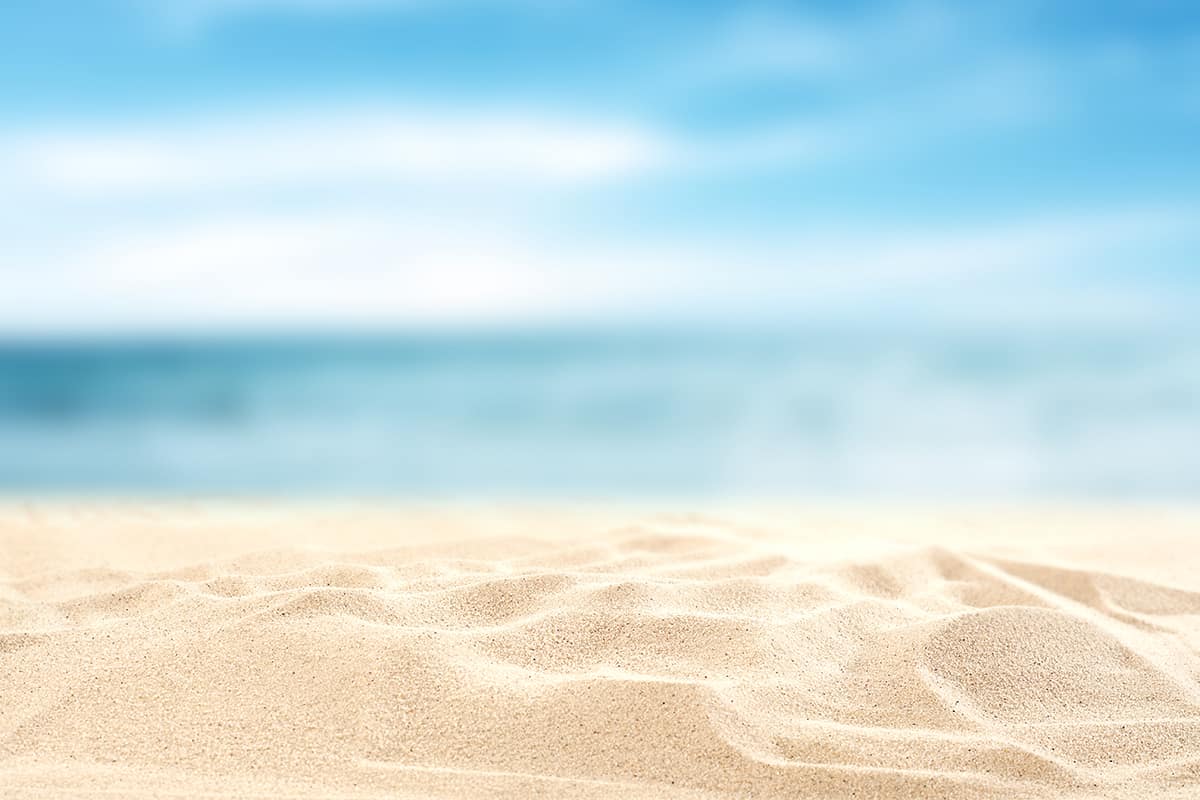 Sand is defined as a granular material that is found on beaches, riverbeds, and deserts. It is most commonly used as an aggregate to mix concrete and mortar. However, sand is also the main ingredient in glasses and screens, including the mobile or computer screen you’re looking at right now. In emergencies, sand can be used to keep floodwater out of certain areas or even to block waves of water from making it into residential areas.

There are various types of sand, all of which serve very specific functions. The seven main types of sand used in construction are fine limestone gravel, crushed stone, fill sand, masonry sand, concrete sand, fill sand, and utility sand. They are comprised of different materials, with individual grains having vastly different sizes.

How Big Is a Grain of Sand?

An individual grain of sand should measure between 0.06 and 2 millimeters. Other sources say sand starts as 0.02 millimeters in size. But the more pressing question is, why does this matter?

Basically, it goes back to what sort of application the sand is used. For example, a sand filter for your pool should measure at least 0.45 millimeters, while the size of the sand for aquariums should be between 0.06 and 0.08 millimeters.

When it comes to construction, contractors and developers will use a wide range of sand types, from ultra-fine to coarse grains. Fine sand types, like masonry sand, should be used only for mortar since its fineness demands higher water requirements that can negatively impact the integrity of the final construction.

Builder’s sand, which is quite coarse, can be used in gardens to create pockets in the soil. Those pockets trap water or air—both of which are needed for a plant to grow healthy. However, if you use a type of sand that’s too coarse, the pockets could trap too much water, ultimately causing your crops to grow improperly and possibly drown.

What Is Sand Made of?

The composition of sand depends on what type it is. For instance, the sand you find at the beach will mainly be made up of quarts.

Builder’s sand is comprised of a mix of quartz and limestone particles. Other types of sand, such as masonry sand and fill sand, are made up of a bunch of different rocks, including quartz and limestone, which have been broken down either by natural means or by machines.

Sand vs. Gravel, Silt, and Clay

Did you know that sand is a type of soil? The technical definition of soil rock fragments that have been broken down over time, which is precisely what sand is. Other types of soil include gravel, silt, and clay. So, how does sand differ from the rest?

Gravel—The USDA defines gravel as being a natural aggregate that measures 2 to 75 millimeters in diameter.

Silt—The New York Department of Environmental Conservation states that silt is a fine particle that measures 0.002 to 0.05 millimeters large.

Clay—The NYDEC also offers a definition of clay, which is a super-fine particle that is smaller than 0.002 millimeters in diameter.

The following table will sum up the sizes and weights per cubic foot of all four soil types.

How to Sift Sand 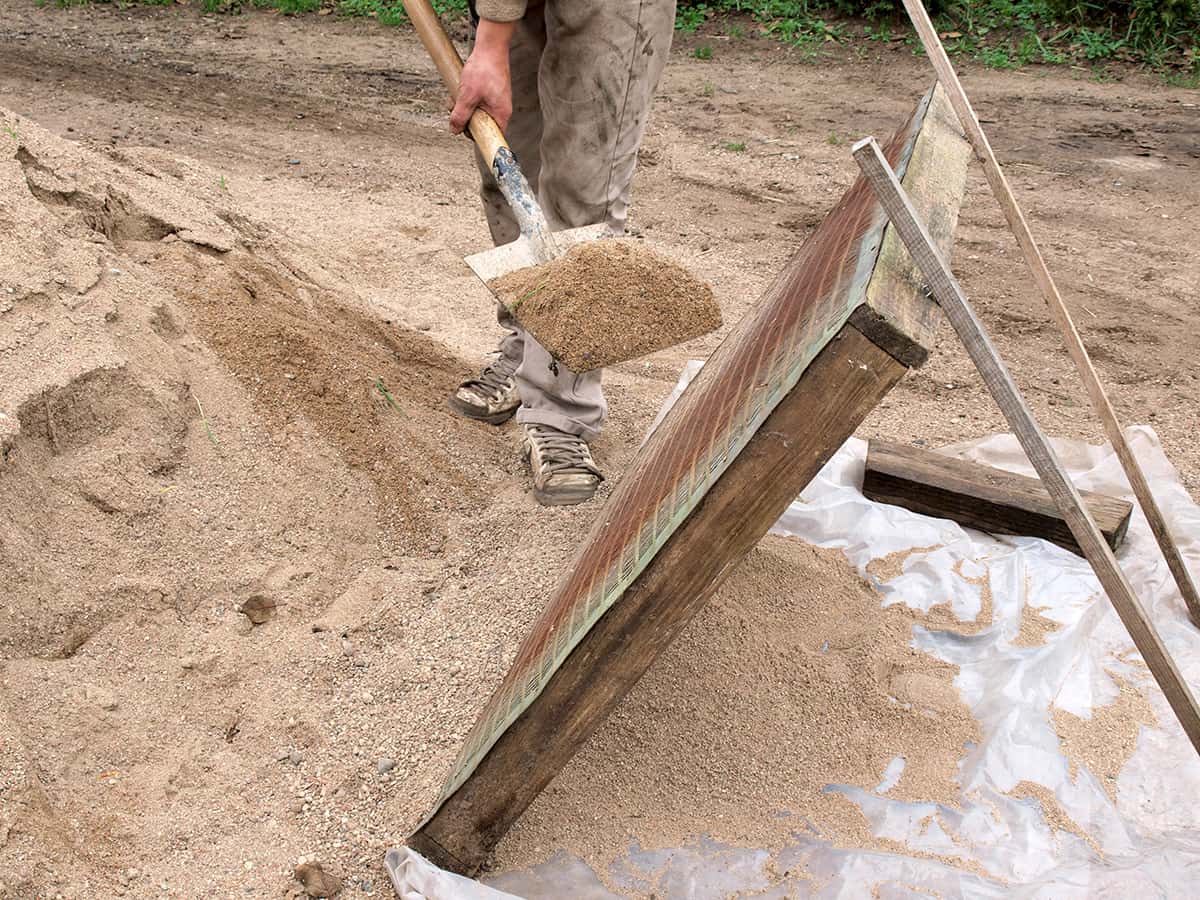 Sieving sand is done to separate large rocky particles from finer ones. When erecting a building or mixing mortar, it’s important that you use sand particles that are roughly uniform in shape. In the end, you’ll have at least two piles consisting of different rock sizes that can be used for different purposes.

To sift a large amount of sand, you will need a sand sifter of a particular fineness and a shovel to scoop the sand in the sifter.

After placing sand in the sifter, gently move it around, making sure not to mix too aggressively or the sand might end up flying all over the place. The finer particles should fall to the bottom, allowing you to toss the larger bits into a separate pile. Continue doing this until you have enough sand to use as an aggregate for your project.

You can purchase large sifting screens from Amazon or save a few bucks and build your own. Just make sure that the screen is fine enough to keep large rocks out of your sand pile while also being large enough to let fine grains of sand fall through.

Can I Use Beach Sand in Concrete? 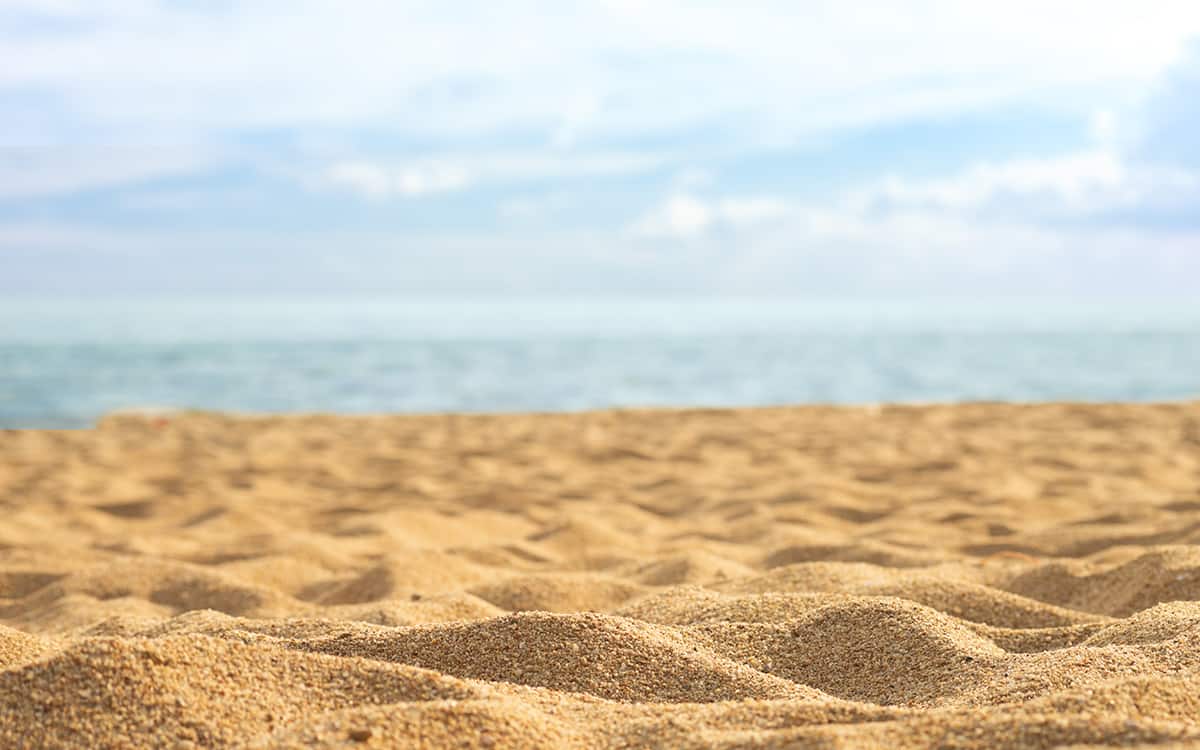 It’s possible, as long as you wash it beforehand. Beach sand contains more than just fine quartz and trace amounts of other rock particles; it also contains salt from the ocean. If you are going to reinforce concrete with a steel rebar, the salt content in the sand could end up corroding the metal, which will negatively impact the durability of the rebar over time.

The same can be said for desert sand, but not for its salt content. You’d think that desert sand, which is a seemingly infinite resource that’s just waiting to be packaged and sold, could be used for concrete, but the opposite is true. Desert sand is far too fine to be used as a reliable aggregate for concrete. Basically, you would need more of a binder (cement) to keep the aggregate in place, which is far too costly to use on large scales.