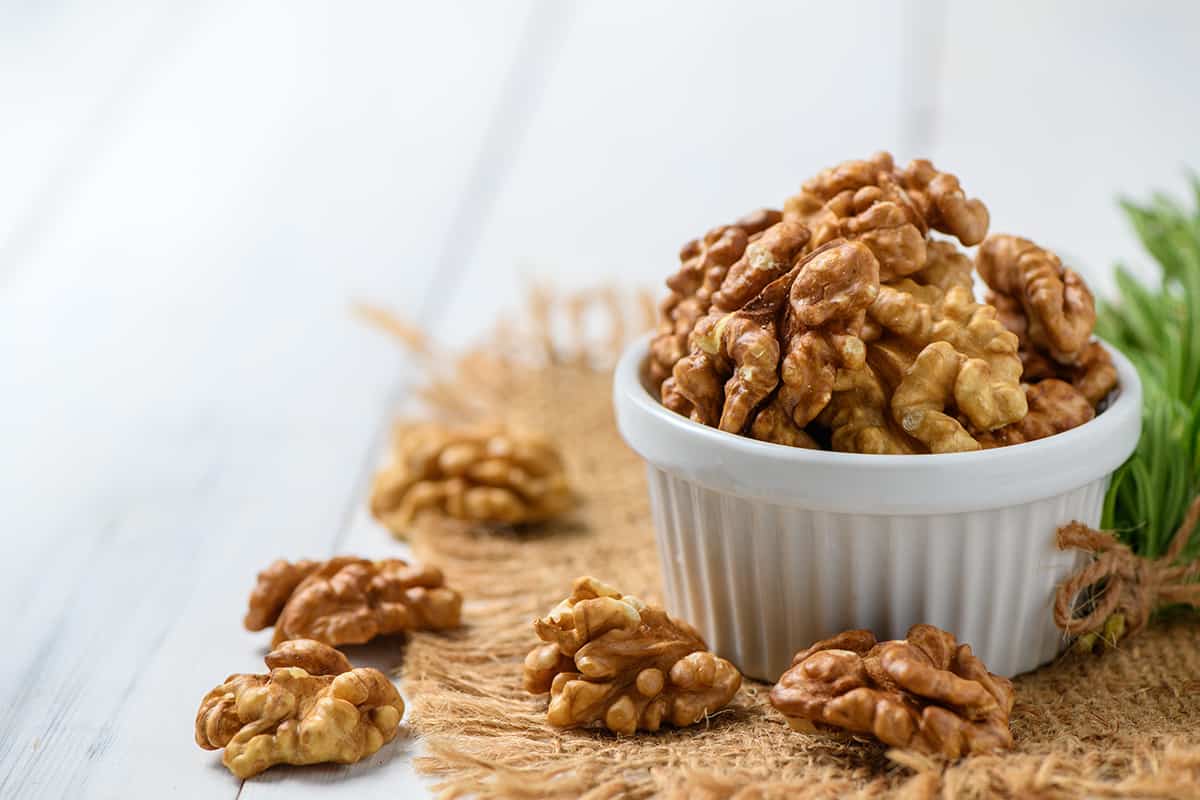 8 ounces isn’t a lot of weight. It’s the same as half a pound or 227 grams, which is almost as light as a feather. Not literally, of course, since a feather will only weigh around 0.0082 grams.

But do you know what weighs exactly or close to 8 ounces? The objects listed down below. I’ll share 9 examples of everyday items and their quantities to get a weight of 8 ounces.

You can use a lot of kitchen ingredients to get a feel for what 8 ounces is. For instance, a stick of butter, which contains half a cut of butter when melted, weighs 4 ounces, so you would need 2 of them to get to 8 ounces.

A box of butter usually contains 4 sticks to give it a total weight of 1 pound. In case you’re wondering, the difference in weight between salted and unsalted butter sticks is negligible at best.

A Roll of Quarters 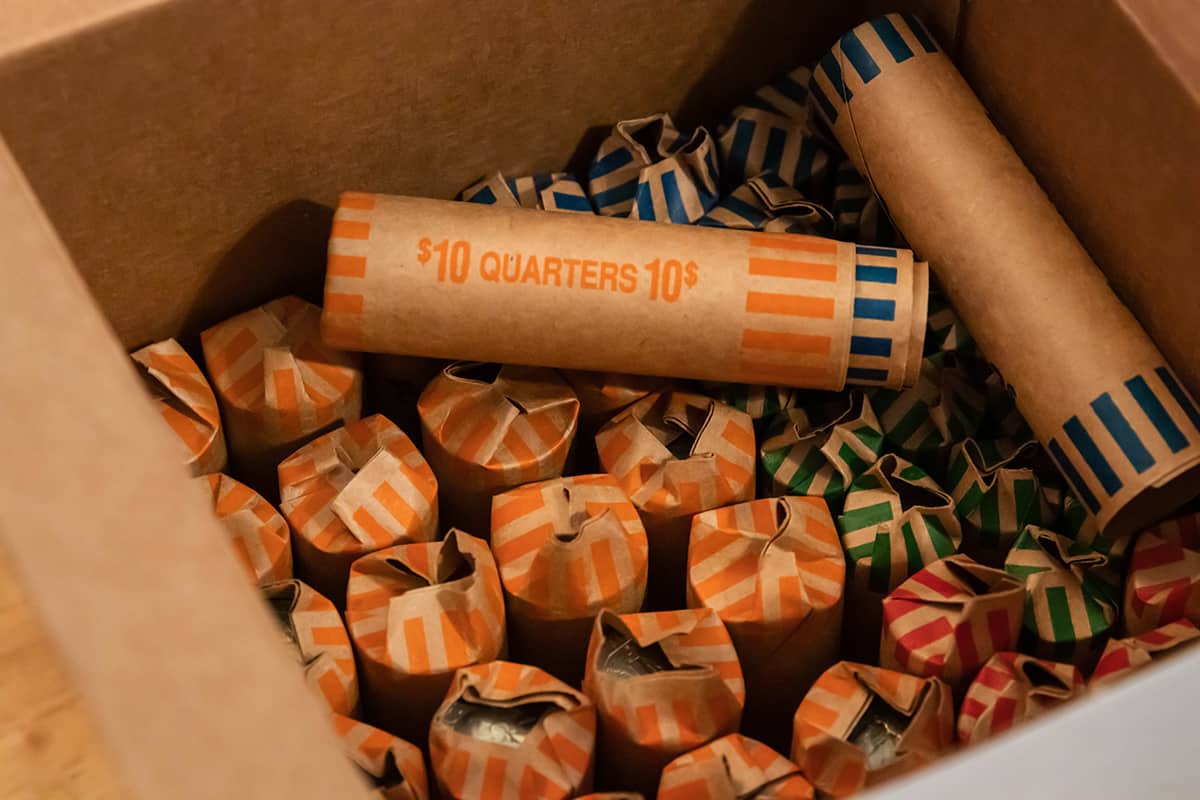 Another easy way to measure tiny weights is by using coins. If you live in the United States, a quarter-dollar coin weighs 5.670 grams, which is about 0.2 ounces. So, you would need 40 quarters to come up with a total weight of roughly 8 ounces.

Coincidentally, a roll of quarters consists of 40 quarters, so you would only need one of those to get to 8 ounces. 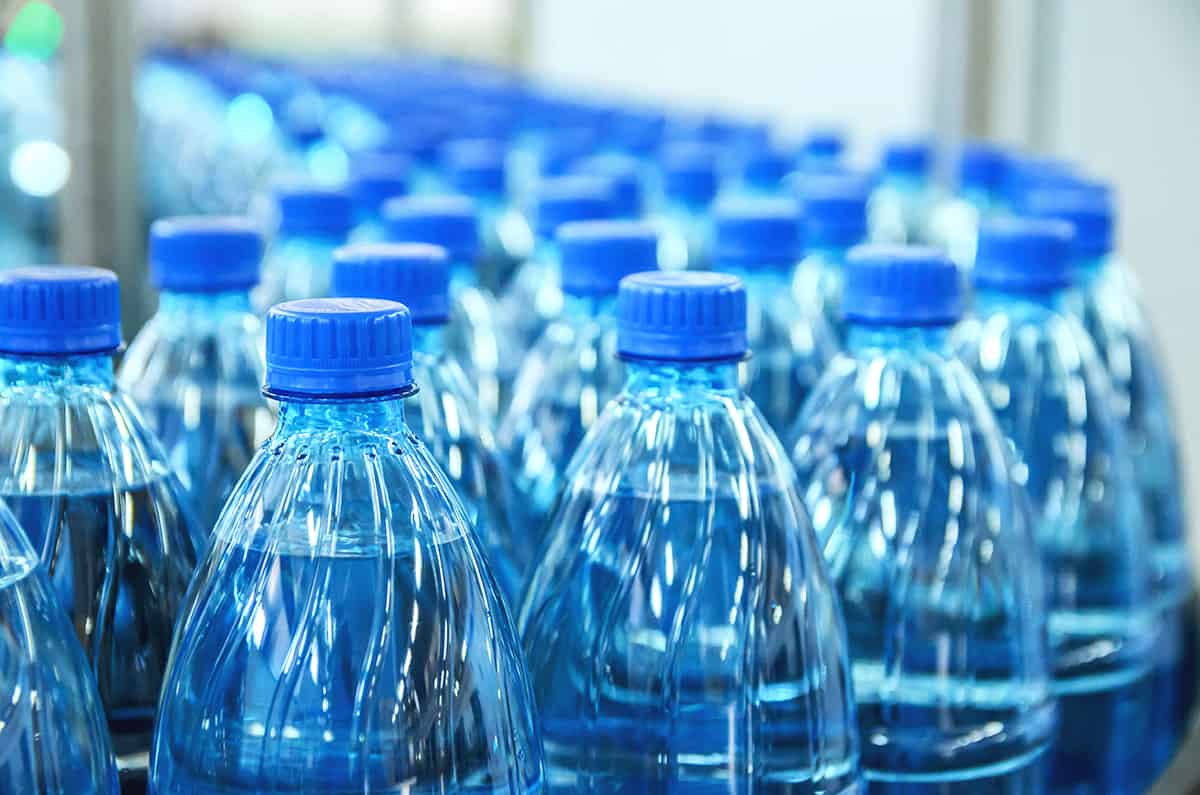 The ounce rating that is printed on the side of a canned or bottled drink actually refers to its volume. Those ounces are fluid ounces, where 8 fluid ounces is exactly 1 cup. If you have an 8-fluid-ounce container and fill it with water, you would get a total of 8 ounces and change in weight.

However, if you use another liquid like milk, 8 fluid ounces would weigh 8.6 ounces. 1 fluid ounce of mercury, which is the densest element on our green planet, weighs 0.88 pounds or 14.08 ounces. 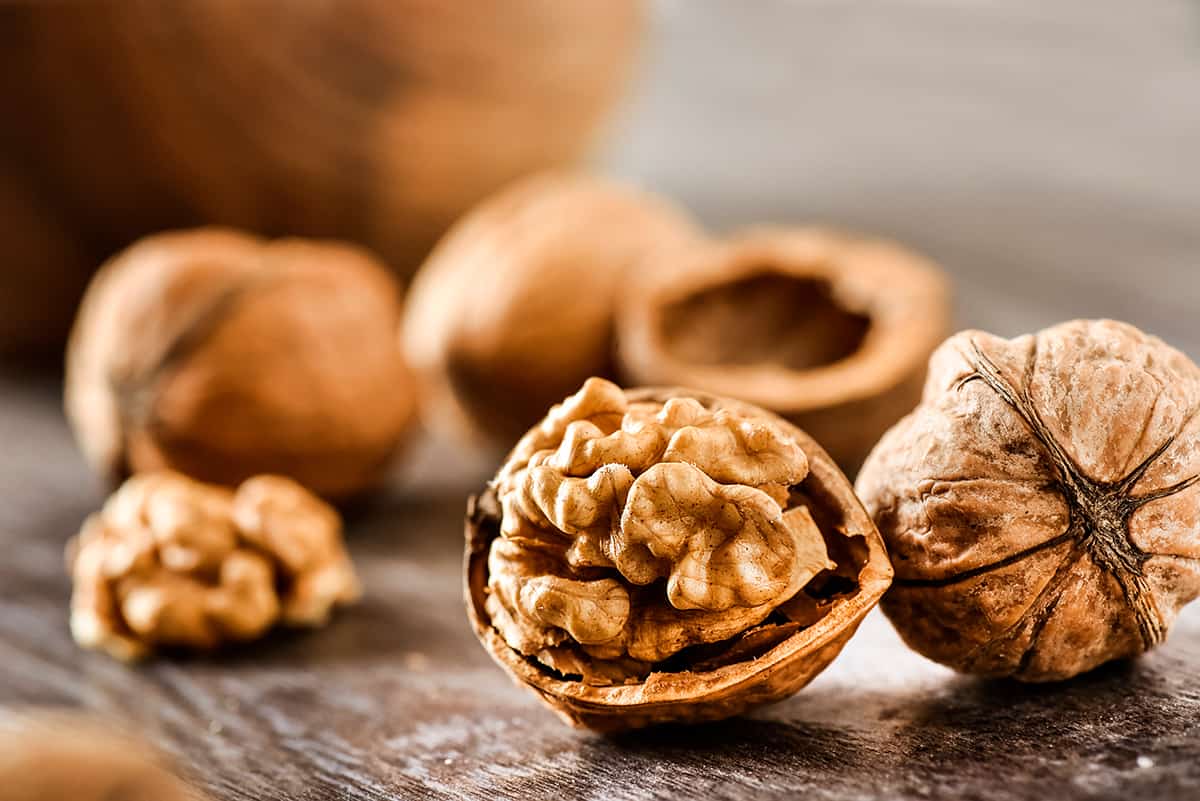 If you were to take 2 cups of halved walnuts, you would get a total weight of 8 ounces. On average, a cup of walnuts will contain 50 halves, so 8 ounces would require 100 walnut halves or 50 whole walnuts.

Do you remember when you had to bring pencils to school every day? You also probably remember how your pencil count with dwindle every day, and by the third week of school, you would have to borrow the teacher’s pencil. Well, seeing as how they only weigh 0.2 ounces each, it’s no surprise that we would lose them all the time!

Of course, the weight of a pencil will depend on its type. For instance, mechanical pencils will usually weigh around 4 ounces, while a solid chunk of charcoal for drawing can weigh precisely 8 ounces. 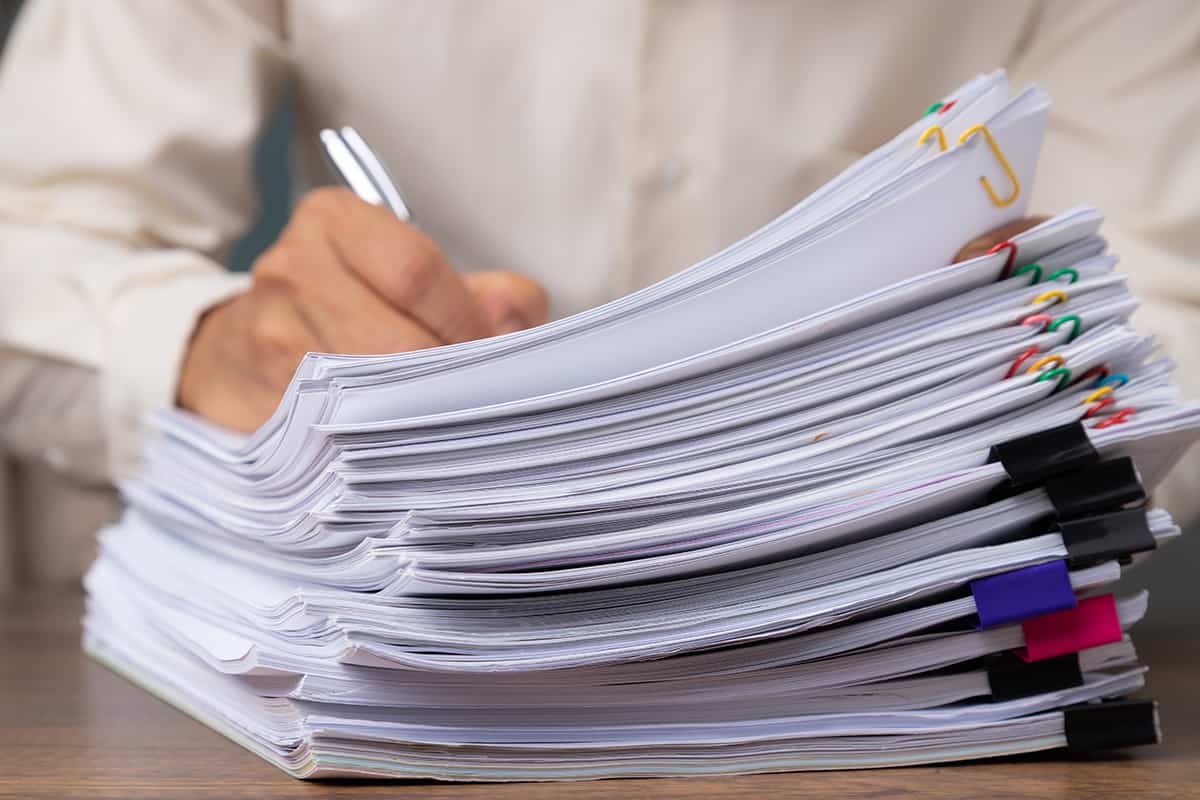 Half an Ear of Corn

A bushel of corn is about 70 pounds of whole ears of corn, and there are roughly 87 ears per bushel. That means the final weight count of an ear of corn is roughly 0.8 pounds.

To get 8 ounces from an ear of corn, you will have to crack it in half like Jimmy, but this time, someone will actually care. Alternatively, you can take roughly half the contents from a can of corn. 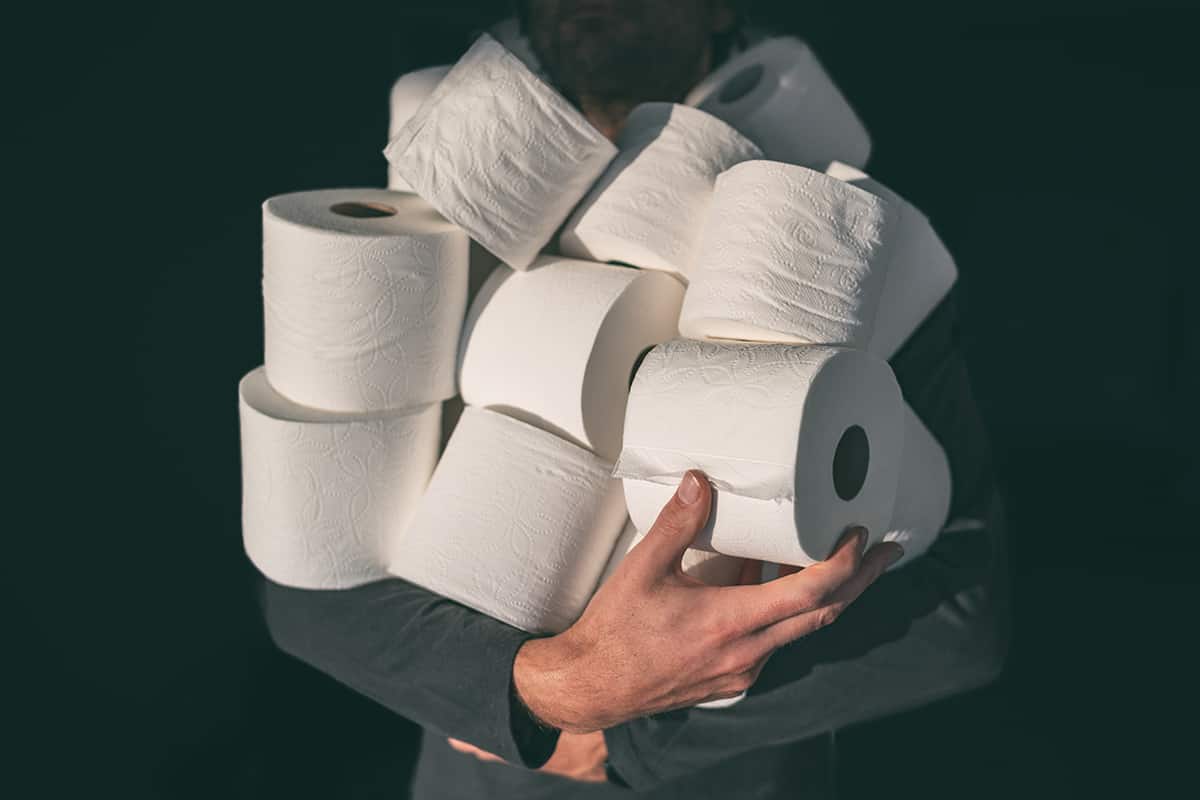 Toilet paper is something that needs to go away. It’s been proven that washing with water is much more hygienic and effective than using dry sheets of toilet paper, which is why everyone reading this should get a bidet for their bathroom.

But if you’re one of those people who is stuck in their old ways, by all means, use toilet paper. However, set 1 roll aside and see how much it measures. There’s a good chance that it will weigh almost exactly 8 ounces, depending on how many plies the TP sheets come with. 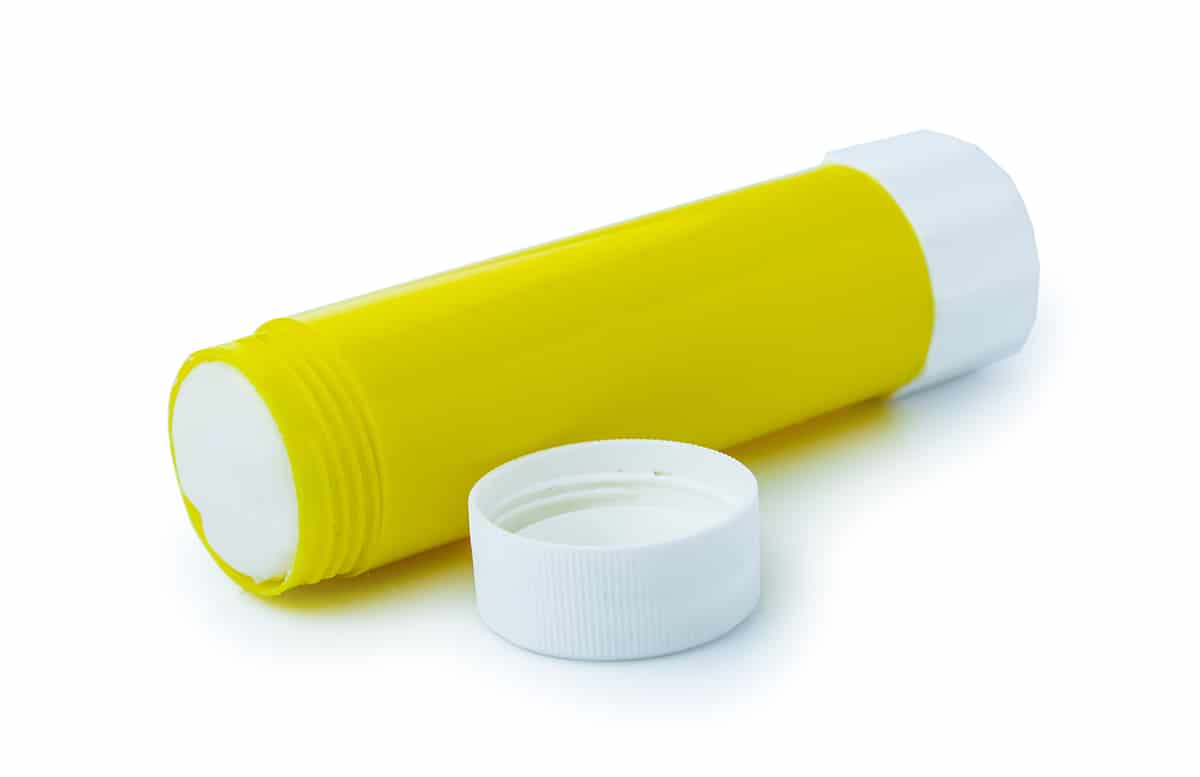 Glue sticks are usually non-toxic, making them perfect for kids who can’t tell adhesives and food apart. While they’re not going to permanently set 2 sheets of paper together, they’re good enough to let children express their creativity through simple arts and crafts projects.

Since glue sticks vary in size and shape, their exact weight might differ vastly. Elmer’s All-Purpose Glue Sticks are a popular choice among school children, and a single stick weighs just 0.77 ounces. If you had 10 of them, you would be just 0.3 ounces shy of the 8-ounce weight mark.