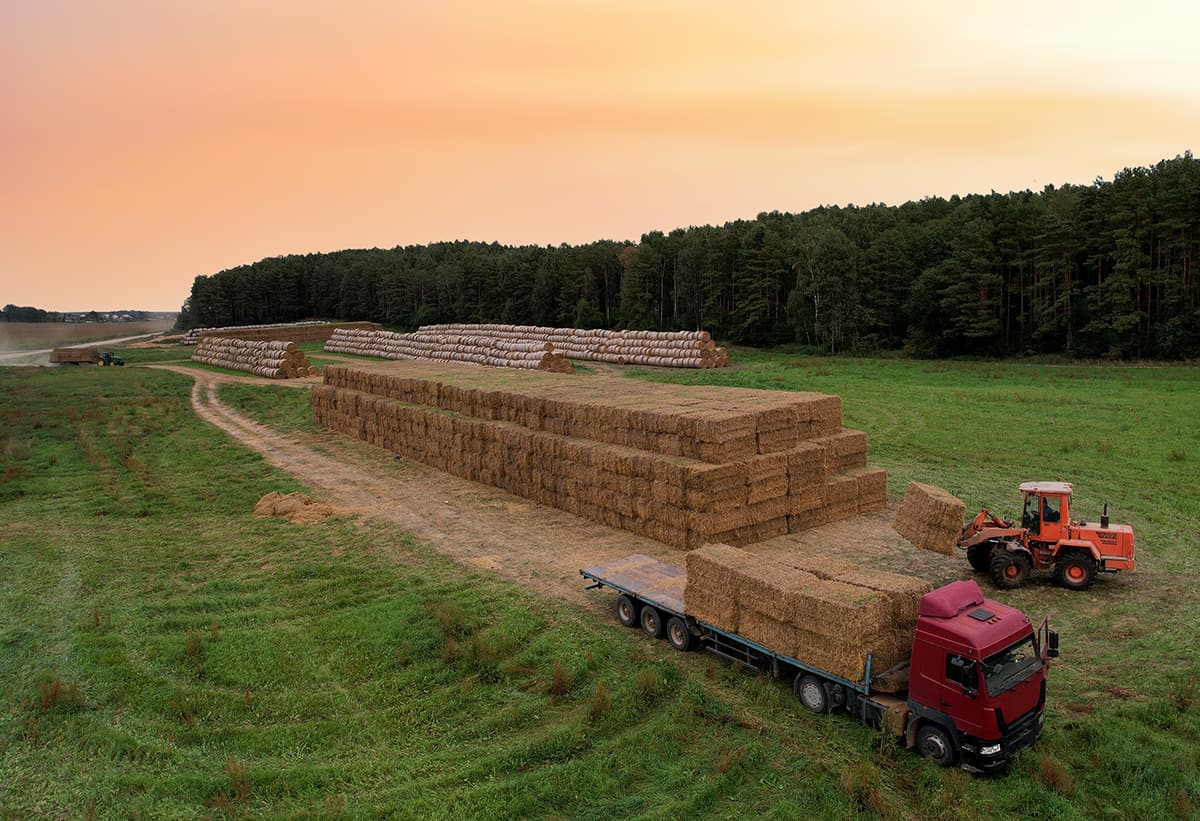 Hay consists of a bunch of cut and dried plants and is fed to large grazing animals. You can purchase small hay bales or large rolls. So, how many hay bales would you need to reach 1 ton?

What you have to remember is that the exact number of hay bales per ton varies between suppliers. In this guide, I’ll share with you how many hay bales you would need to get to 1 ton based on the weights of certain suppliers’ stock, as well as how many animals you can feed with a ton of hay.

How Many Bales of Hay in a Ton?

The weight of each hay bale will vary from supplier to supplier. However, most hay suppliers will have 18 × 35 × 14-inch hay bales in stock, with each bale weighing around 50 pounds. Since a ton is the same as 2,000 pounds, you would need to amass 40 small bales of hay before you get close to around a ton in hay.

To give you an idea of how the hay bale count per ton differs between sellers, the following table will describe the dimensions and weights of various suppliers’ hay bale stocks.

Why Does Hay Bale Size Matter? 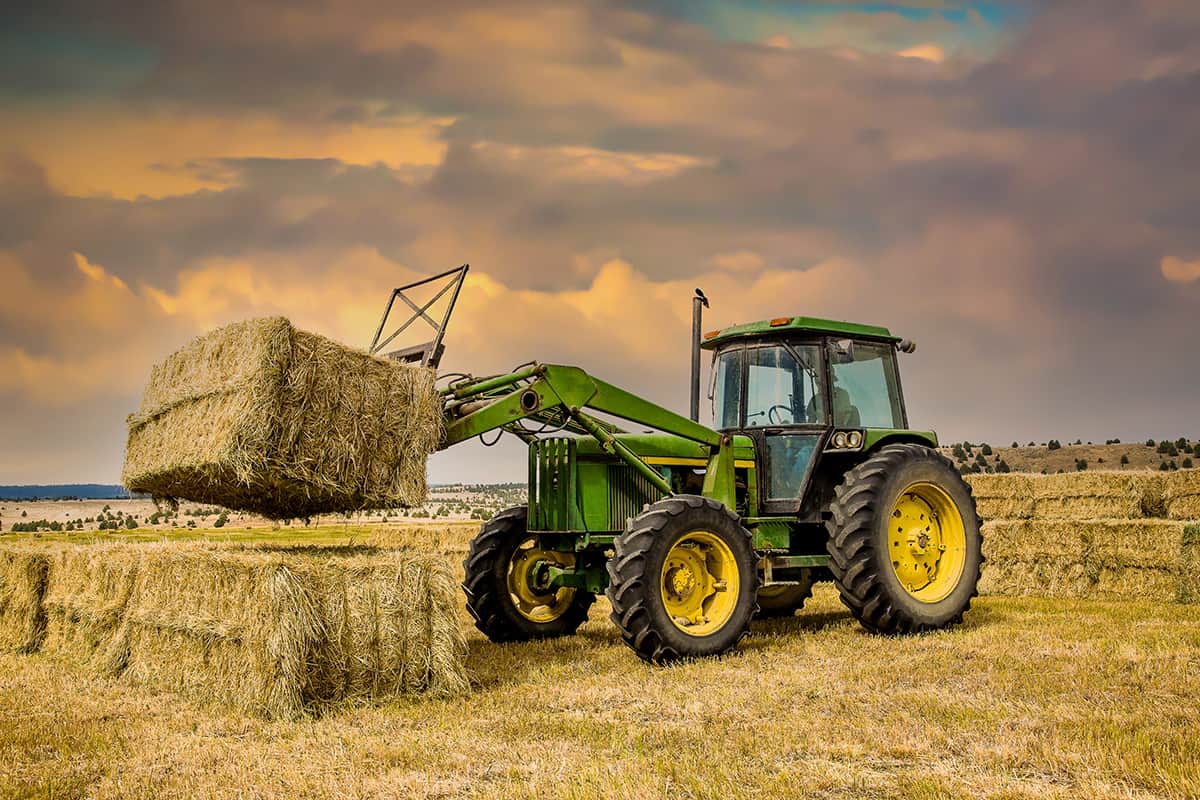 Now, to the uninitiated, the size of a hay bale might not matter too much. However, if you regularly purchase tons and tons of hay bales every year, you probably know that size plays a significant role in your finances.

Basically, the size of a hay bale is important since it is directly related to how much it weighs, how many animals it can feed, how long it lasts, and how much it will potentially lose due to spoilage.

How Long Does Hay Last?

Ideally, hay shouldn’t last for more than a few days since it will feed your livestock. However, if you store hay bales out in the open, they will last for just 2 days before moisture and heat will take their toll on the animal feed.

To extend the lifespan of your hay bales, keep them in a cool, dry place. Also, make sure the hay bales aren’t stacked to the ceiling to promote circulation. You should pay special attention to your hay stock during the rainy season since humidity doesn’t just reduce the nutritional value of the feed, but it will also accelerate spoilage.

How Many Animals Can You Feed with a Ton of Hay? 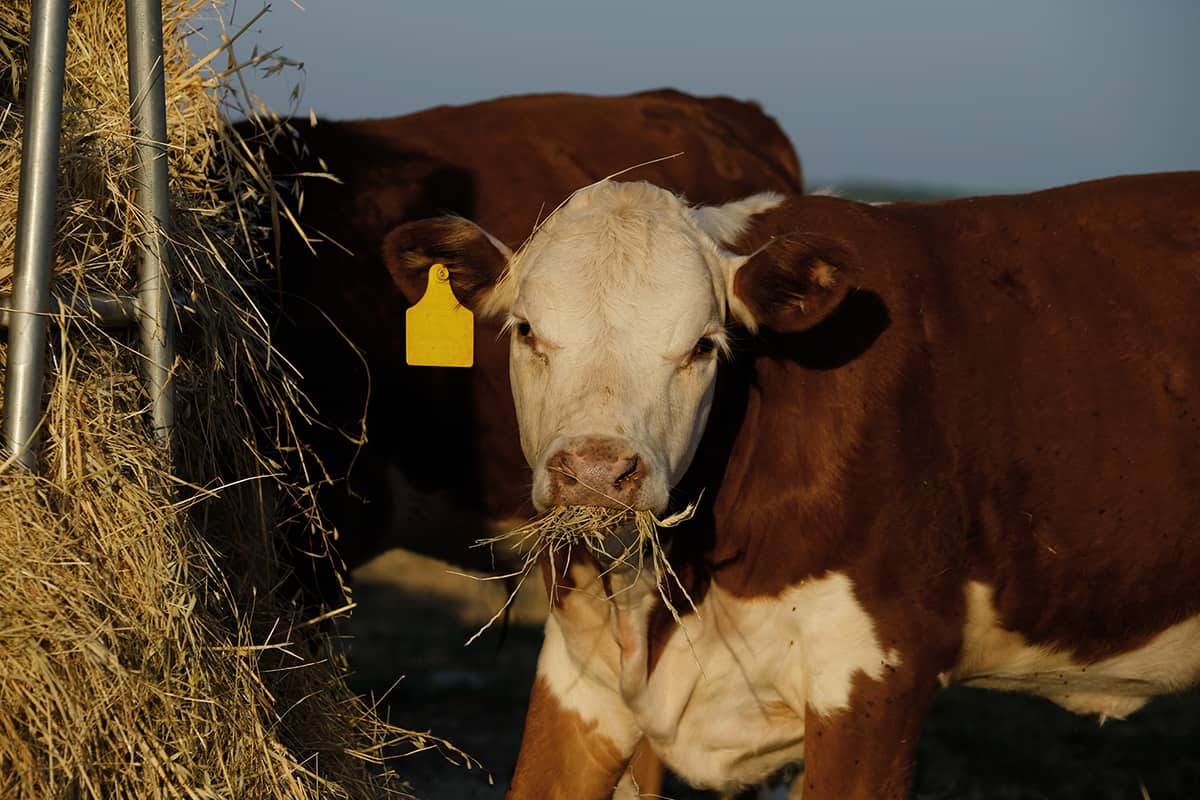 The amount of hay you need for your livestock depends on what animals you raise. Cows, goats, sheep, horses, and other grazing beasts don’t consume the same amount of hay.

Here’s a brief table that describes how much hay common livestock eat and how quickly they will finish a ton of hay.

The appropriate amount of hay to feed to your livestock depends on their individual body weights. For instance, horses need up to 3% of their weight in hay, while cows require just 2%. In addition, you should feed greater quantities of hay to your livestock during the winter.

Do Animals Only Eat Hay?

It’s not uncommon to feed nothing but hay to livestock. However, you can only do this when you select the appropriate hay quality. You need to consider the nutritional value of each bale, the age of your livestock, and what other dietary requirements you need to take care of.