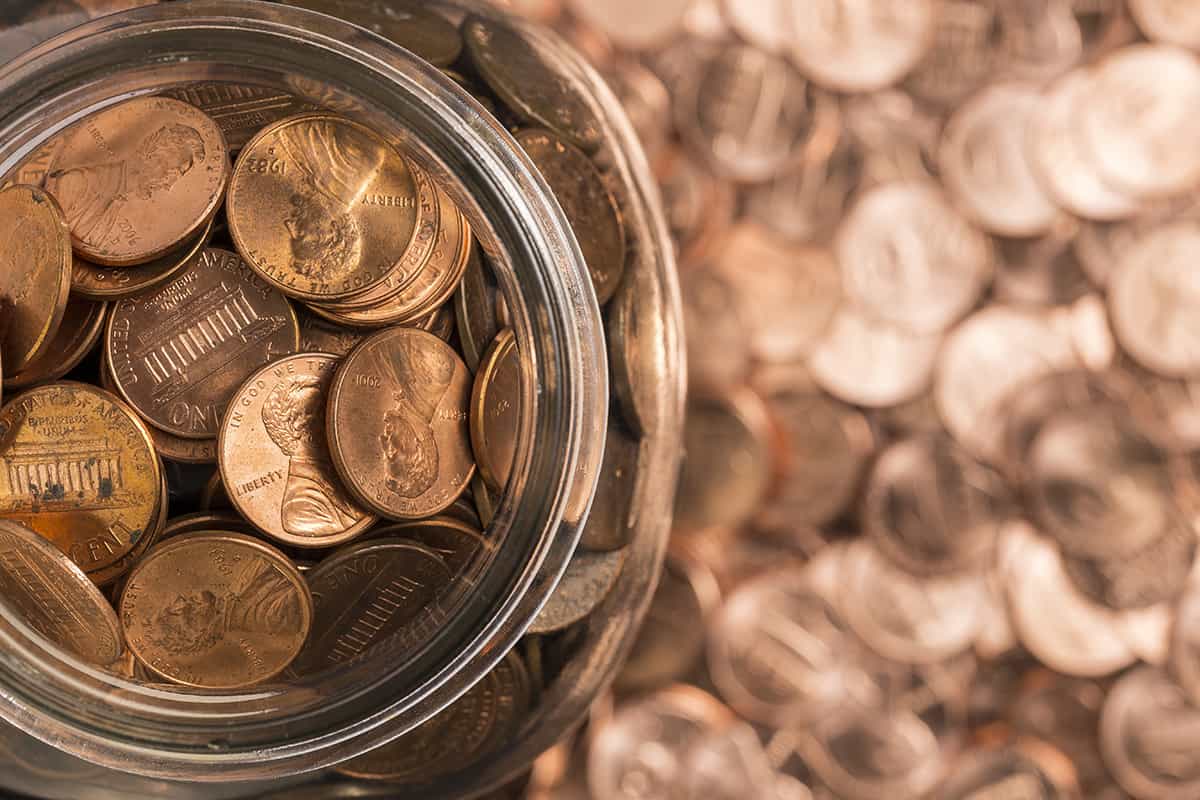 100 pennies might sound like a lot, but if you know anything about American currency, a single penny is equal to 1/100 of a dollar. What that means is that you would have to have 100 pennies to have the same monetary value as a dollar bill.

But what if you have 100 pennies in your pocket right now? If that’s the case, do you know how heavy that would be? If not, you’ve come to the right place.

According to the United States Mint, a cent coin, also known as a penny, weighs 2.5 grams. Using the imperial system, a penny would weigh 0.0055.

So, how many pennies would you need to reach a full pound?

Now, if you have a bag of pennies that weighs, say, 2.5 pounds, how do you figure out how many pennies are in there?

Simple—we already know that a single penny weighs 0.0055 pounds. Just take the total weight in pennies (2.5 pounds) and divide that by 0.0055 pounds. What you’ll get is about 455 pennies, which equals $4.55. That’s a lot of pocket change for hardly any money. 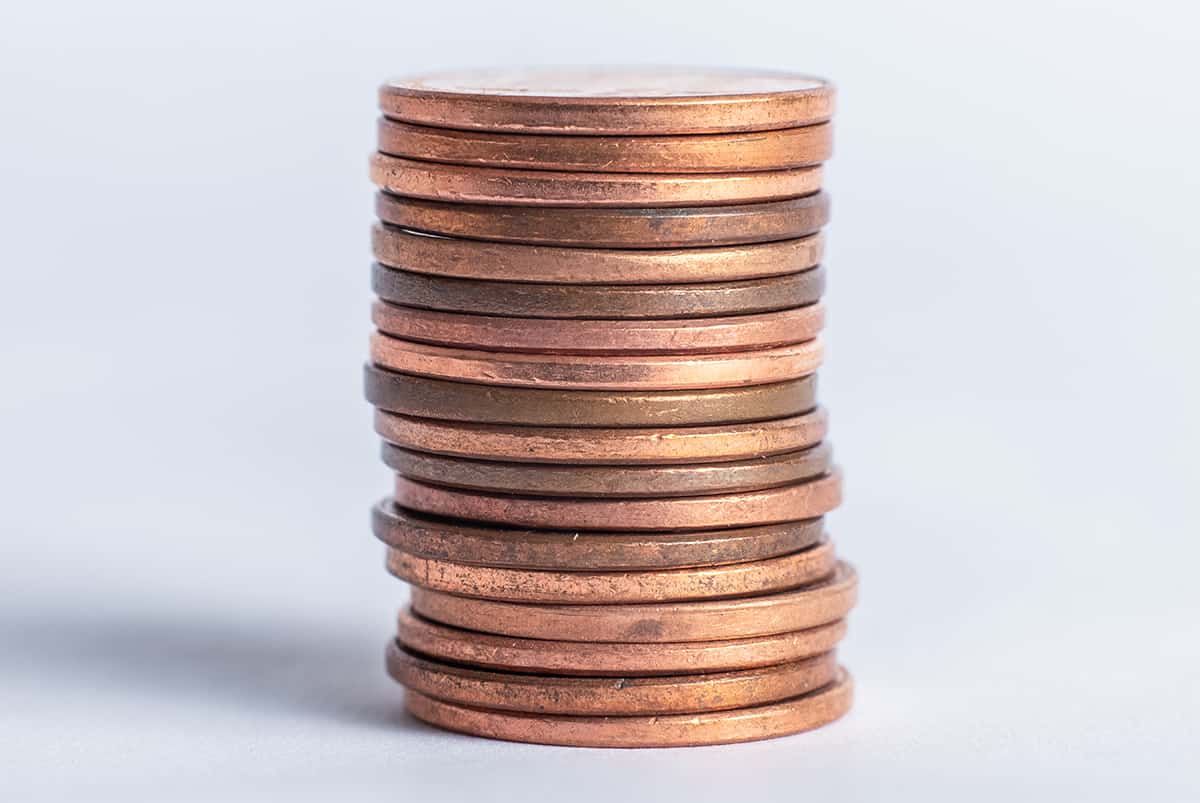 Looking back at the United States Mint as our reference, we can learn that a single cent coin measures 1.52 mm in thickness. Converted to the imperial unit system, that would equal 0.06 inches in height.

Taking that figure and multiplying it by 100, that would give us a total height of 6 inches.

Now, let’s put things into perspective. 100 pennies stand 6 inches tall, which would be about the same as: 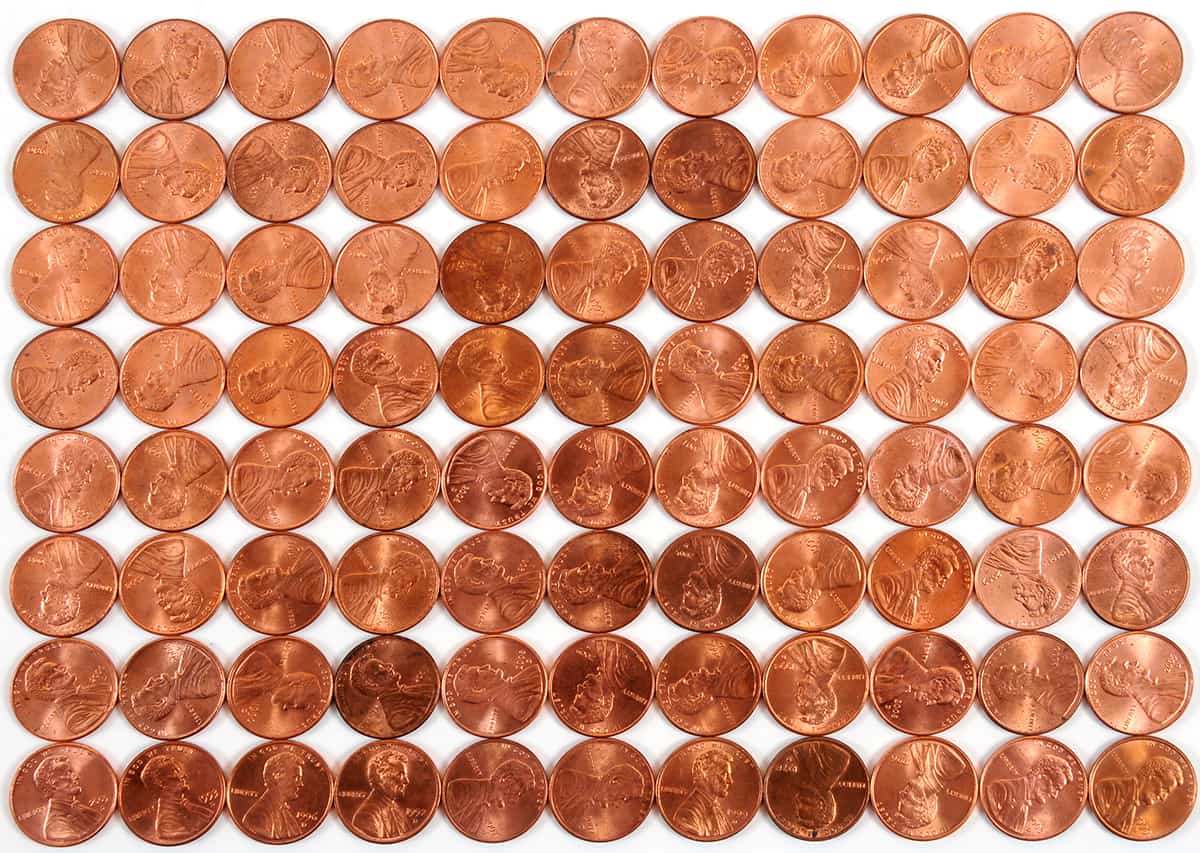 Well, what if you wanted to take those 100 pennies, lay them in a neat row, and measure their width?

The United States Mint states that a penny measures 0.0750 inches in width. If you were to lay all pennies flat side by side, they would measure 75 inches in width, which is 6 feet 3 inches.

Again, let’s compare the width of 100 pennies against some real-life examples:

To refresh your memory, 100 pennies weigh 0.55 pounds or 8.8 ounces. A pound of pennies will contain 182 pennies, assuming every penny is in mint condition.

If you found this information useful, please let your friends know by sharing this article on social media. Also, drop a comment down below and tell us what you would do with a pound of pennies.