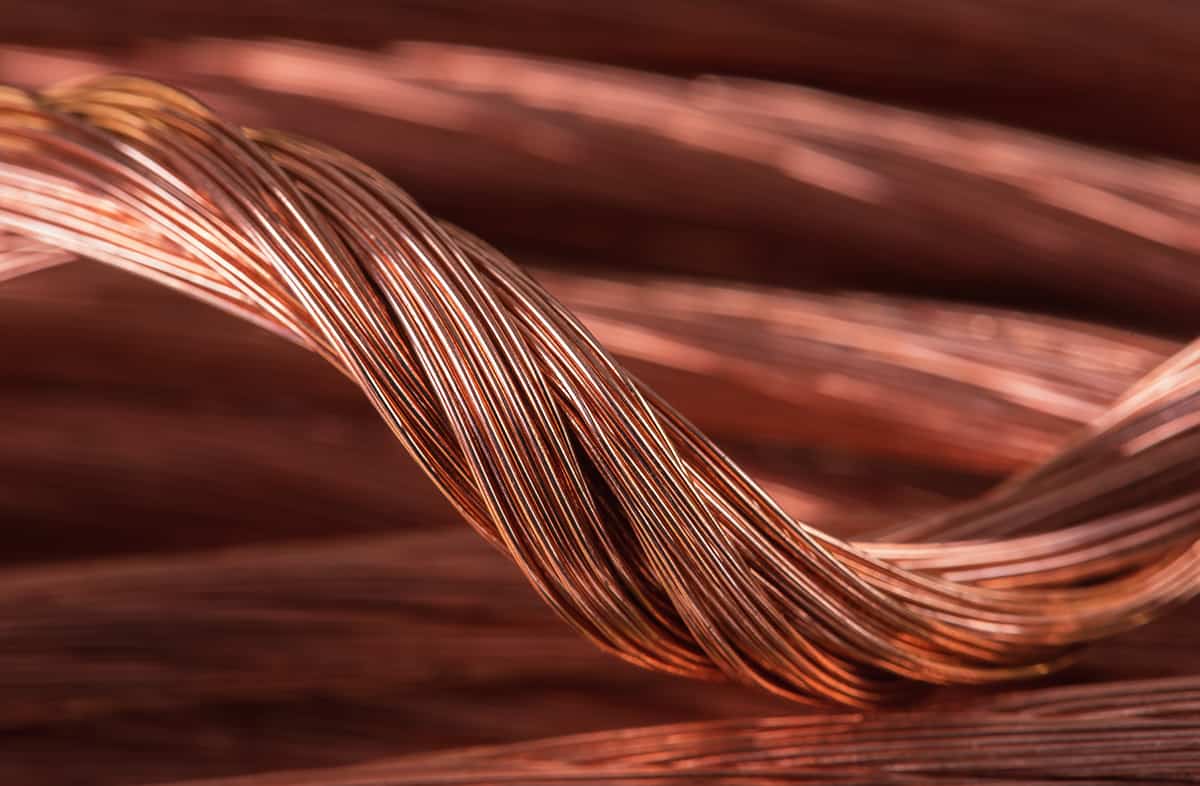 Copper is the 25th most abundant element on our planet. The metal is used for all sorts of applications, but it’s mainly used for conducting currents between wires and moving components in electric motors. Due to its high recyclability, people will take in scraps of copper and exchange them for a few bucks.

A pound of scrap copper can be exchanged for between $0.10 and $4.00. The exact price per pound will depend on the availability and the condition of the scrap metal.

In this guide, I’ll explain how much you can receive for recycling scrap copper and why you have to be careful of copper thieves.

How Much Is a Pound of Copper Worth?

Like all other metals, the price of copper fluctuates depending on demand at the time. Copper is considered a seasonal commodity, with prices dropping toward the final months of every year. So, if you have a pile of scrap copper on your hands that you want to exchange for money, you should wait for when prices rise, which is usually during April or May.

In addition to the seasonality of copper, prices can vastly differ from place to place. Per the date I’m writing this, the national average of scrap copper is valued at $3.20 per pound. 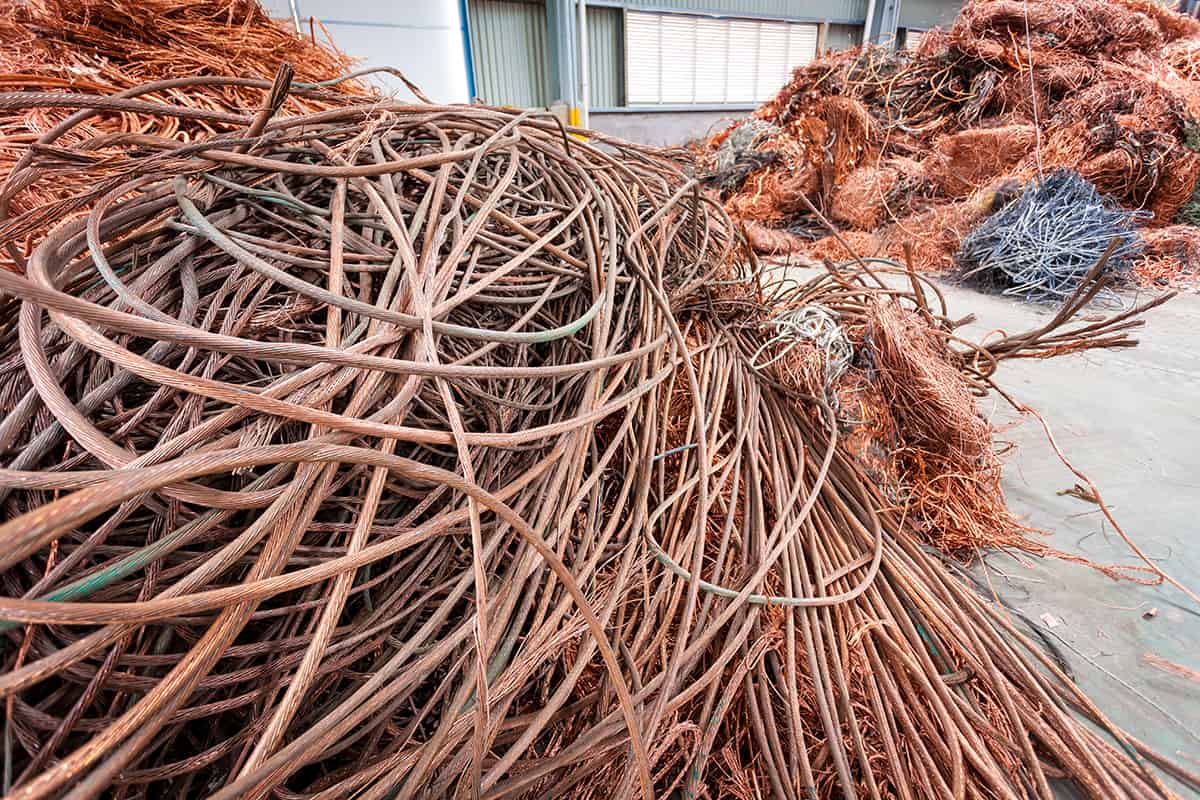 While the national average might seem decently high, even though it dropped roughly 23% from June 14th’s price, you should know that metal scrapyards might not pay that much for every copper wire, electric motor, or tube you have.

Buyers will typically look at scrap copper and split it into different types—wires and insulated wires—and grades. The most common grades are bare, #1 copper, #2 copper, and #3 copper. Let’s take a look at these types of copper and see how much they’re currently worth. All cost figures are derived from the iScrapp App.

Bare copper wires are the most valuable type of scrap copper. It is usually 99% pure, meaning that it only contains very trace amounts of volatile impurities. Bare bright copper is a type of 99% pure copper that is no bigger than 16 gauges.

In terms of profitability, #1 copper is the second highest-paying grade. #1 copper must be in the form of busbars, clippings, commutator segments, or wires of at least 16 gauges. In order to retain its #1 grade, the copper must show minimal signs of corrosion, fittings, paint, or solder marks.

#2 copper will have a dirty look to its surface, which is indicative of oxidation, alloys, solder, paint, or miscellaneous finishes. It should be comprised of at least 94% copper and be thinner than 16 gauges. Metal scrapyards will evaluate the condition of the copper to determine whether or not it meets their #2 or #3 copper standards.

Although #3 copper can be almost pure copper, the dirty appearance is what will bring its value down. This type of copper will typically come from highly processed electronics, vehicles, or home fixtures.

This refers to cables that contain copper coated in insulation. Extracting the wires from the coating involves additional work, which is what pushes the price down compared to bare wires. The value of insulated copper wires per pound depends on their thickness, condition, and purity.

Why Do People Steal Copper? 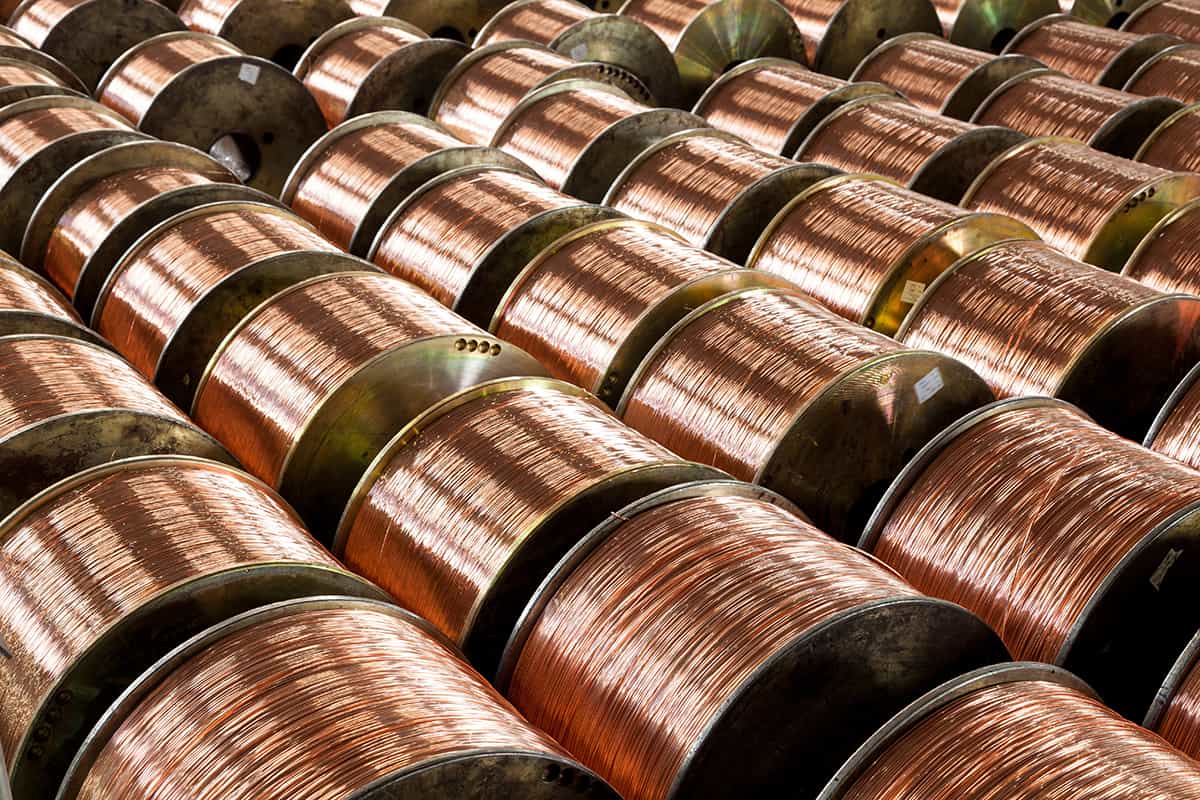 The FBI has noted an increase in copper thieves from as early as 2006. To put it simply, the reason people steal copper is its high value. Since the demand for copper has increased and remained pretty steady over the years, desperate people can be more than willing to stake out homes and warehouses in order to strip them of copper.

It’s been noted that metal scrap dealers don’t particularly pay attention to whether the metal was stolen or not. In addition, tracking down stolen copper is virtually impossible since it doesn’t contain a trackable serial number.

Although the price of copper fluctuates, thieves can still get a pretty good deal for their hauls. If someone were to steal a 250-foot, 27-pound roll of bare copper wire, they could make close to $100 in just a few minutes of work.

Anything that contains copper, from pipes to power tools, is fair game, which is why you have to be incredibly careful of how you guard your belongings.