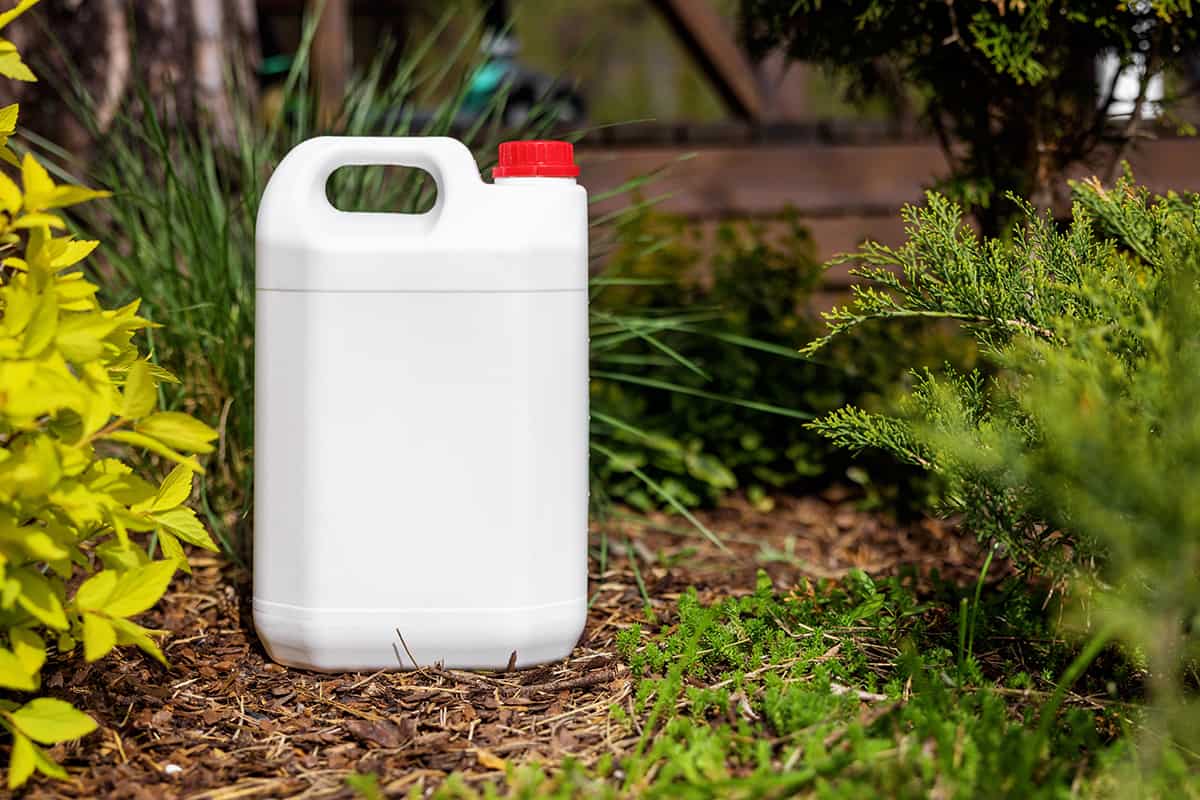 Jerry cans are invaluable containers for transporting liquids from one place to another. They typically hold 5 gallons or 20 liters (5.3 gallons) when filled, though there are smaller-capacity cans available. So, how large is the typical 5-gallon/20-liter Jerry can?

A 5-gallon Jerry will typically measure 14 × 7 inches and stand 19 inches tall. 20-liter Jerry cans will measure approximately 13.6 × 6.5 inches and stand 18.2 inches in height. The exact measurements will vary from model to model.

In this guide, I’ll explain Jerry can sizes in greater detail, what their different colors mean, and whether or not it’s safe to fill a Jerry can with drinking water. 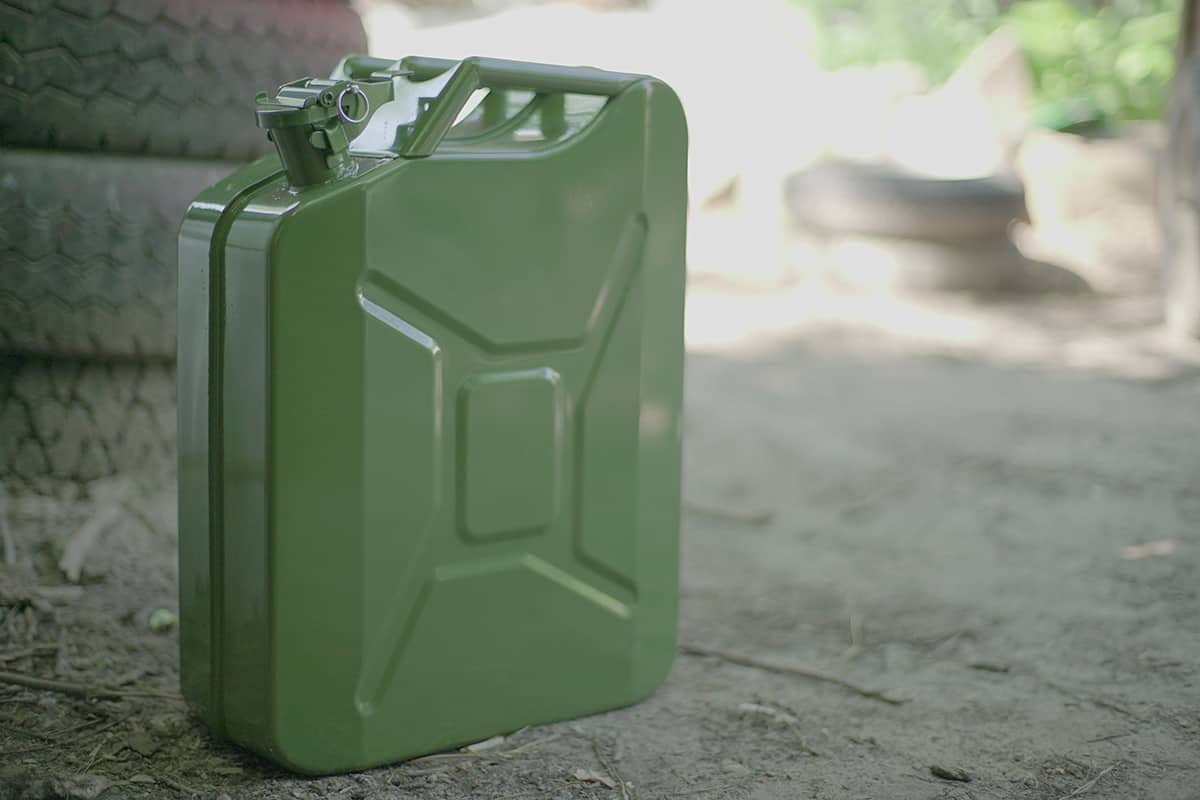 Jerry cans originally went by the name Wehrmacht-Einheitskanister (armed forces unit canister). They were invented in Germany in the 1930s and became the go-to container for transporting fuel during World War 2.

The first Jerry cans were made of metal and could hold 20 liters of fuel at a time. The German army issued thousands of Jerry cans to help move fuel from place to place, which became increasingly important in 1939 as the Nazi army began its attempt to take over Europe.

Prior to the invention of the Jerry can, military forces had difficulty transporting liquids. The pre-existing containers were bulky, awkward, and heavy, and they required a spanner to remove the lid. As Nazi forces were pushed back, Allied troops found that the German-made containers were far superior to what they were currently using.

There were 3 distinct features that made Jerry cans abundantly superior to the pre-existing containers. First, they could hold more liquid while retaining a slim design that made them easy to transport, handle, and pass from one soldier to the next.

Secondly, Jerry cans have an integrated cap that didn’t require external tools to remove. In addition, their spouts were designed in such a way that troops didn’t require funnels to dispense the contents accurately.

Finally, Jerry cans were far more durable than what the Allied troops were using. They were made of stamped steel plates that were welded together to prevent leaks. The X mark on the sides, which were initially thought to be for aesthetic purposes, served a real function—they stopped the container from expanding in heat.

Today, Jerry cans are used by military personnel and everyday civilians. Their designs haven’t changed by much, and there are a number of accessories that owners can attach to their Jerry cans to make them much easier to use.

Jerry cans also come in smaller sizes, starting from 1 gallon. The exact dimensions will vary from model to model.

The following table will describe the dimensions of different Jerry can models.

As you can see from the table above, the exact dimensions of a Jerry can are all over the place. Even different Jerry cans with identical capacities can vary in size.

How Heavy Is a Jerry Can? 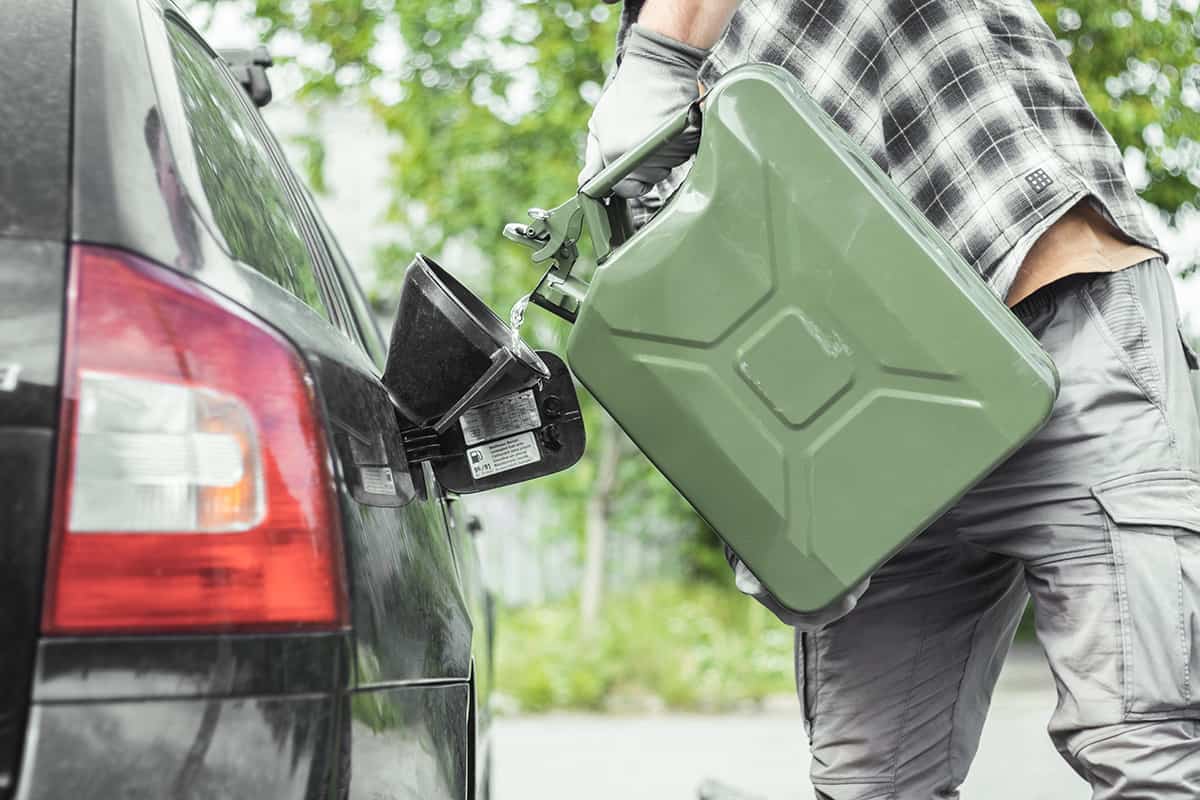 An empty 5-gallon or 20-liter Jerry can usually weighs around 10 pounds if it’s made of steel. Metal Jerry cans are considerably heavier than plastic ones, such as the HydroBlu, even if we ignore their capacity disparities.

A fully filled 20-liter Jerry can weighs around 25 kilograms or 55.12 pounds. A 5-gallon Jerry can will weigh around 40 pounds.

Why Are Jerry Cans Different Colors?

Something you might notice when looking at army-style Jerry cans is that they come in different colors. The folks at Jerry Can report that the EPA’s regulations on Jerry can colors are as follows:

Can You Put Drinking Water in a Jerry Can? 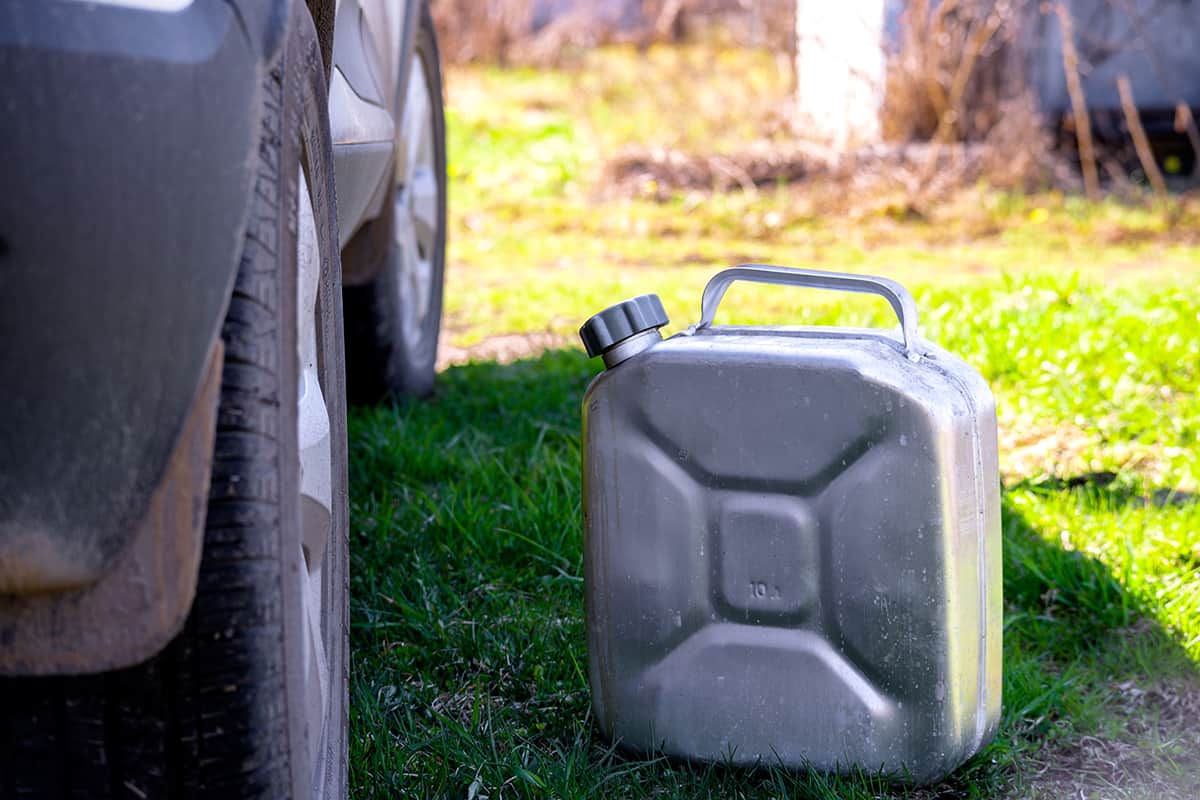 It depends on what the Jerry can is made of. The water inside a metal Jerry can will leech minerals and toxins from the internal lining, making it non-potable. Plastic Jerry cans, on the other hand, should have a label that explicitly says it’s safe for transporting drinking water.

There are also Jerry cans, such as the HydroBlu, that come with built-in water filters that remove up to 99% of bacteria. These Jerry cans are absolutely safe for transporting drinking water from place to place. Just make sure to leave the Jerry can away from sunlight since heat can wreak havoc on the plastic container.

Jerry cans and gas cans can serve the same function—transporting liquids like fuel from one place to another. However, is there a distinct difference between the two?

Not exactly. Jerry cans and gas cans have been used interchangeably for a while now. However, there are containers designated exclusively for gasoline, such as the No-Spill 1450, which has a wider construction than the typical Jerry can. There are also gas cans made with galvanized steel, like the Eagle UI-50-FS, which is cylindrical in shape and has much thicker walls.