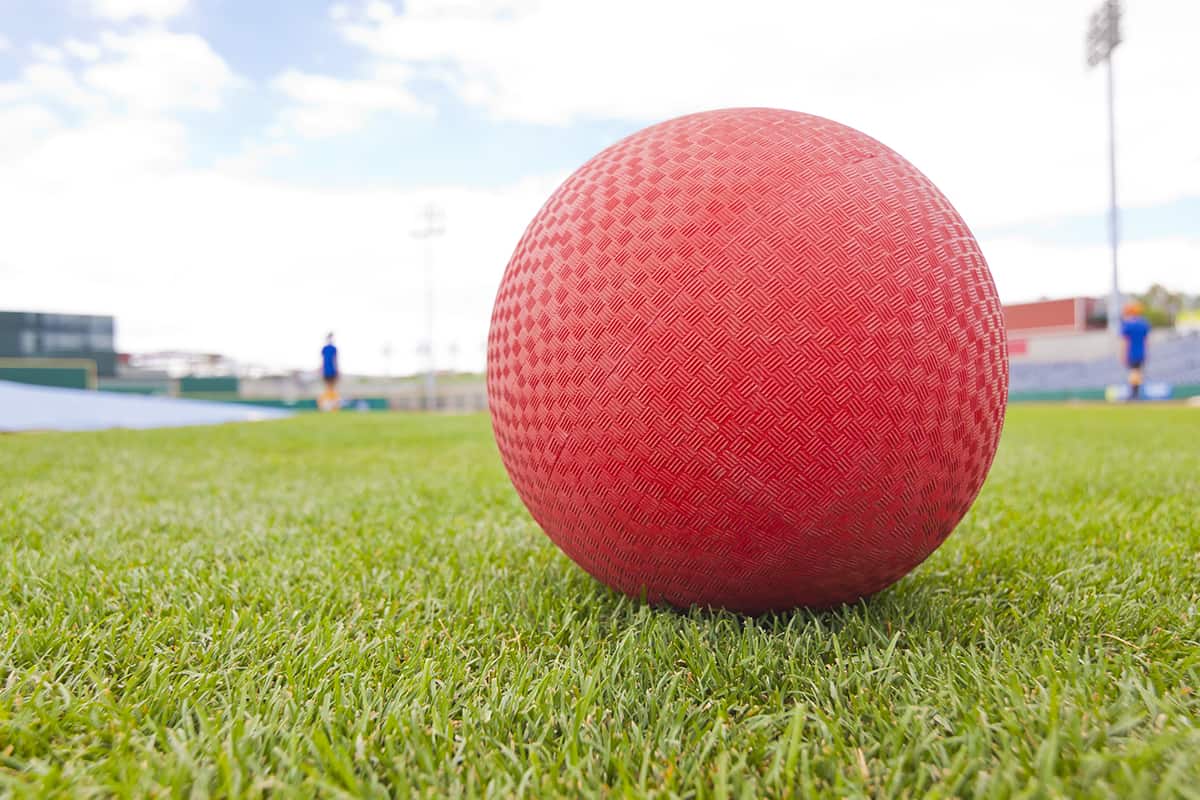 Kickback is a game that you can play with your neighbors on an open field. Most of us used to use any rubber ball we had at the moment, but if you follow the World Kickball Association’s (WKA)rulebook, you’ll find that there’s a specific kickball size players have to use.

Game-ready kickballs for official tournaments should measure 10 inches in diameter and be inflated to 1.5 pounds per square inch. However, unofficial kickball games will usually use 8.5 to 16-inch balls.

As you can imagine, the size of the ball isn’t the only thing mentioned in the WKA’s rulebook. In this guide, I’ll explain the equipment needed to play kickball and its basic rules. That way, you can enjoy playing a more regulated form of kickball with your kids during the summer. 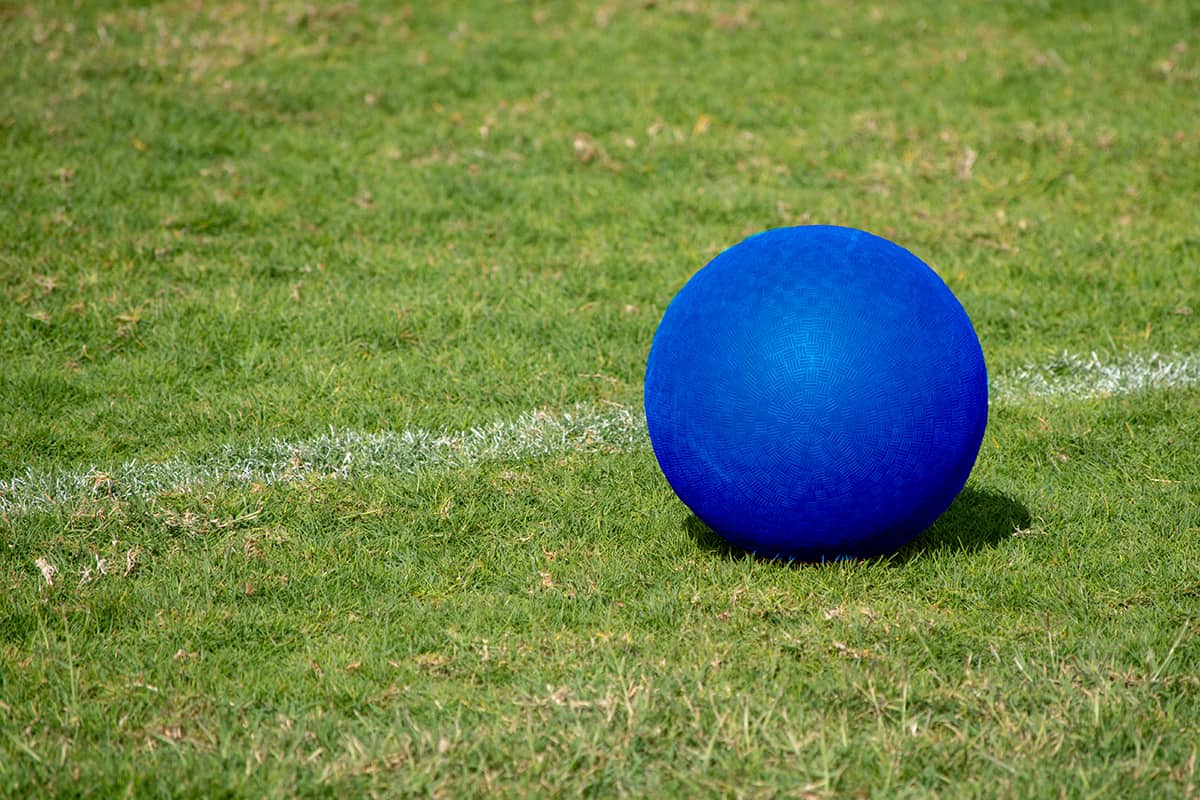 First, let’s go through the basics, starting with what kickball is as a sport.

Kickball is defined as a game that combines the elements of baseball, softball, and soccer. A pitcher rolls a ball toward the kicker, who kicks the ball and runs through the bases. If a kicker makes it back to home plate, they score a point for their team. As such, you can play kickball on a baseball or softball diamond while using a soccer ball.

However, if you take a look at the official guidelines set by the WKA, you’ll find that there’s quite more to the sport than just pitching and kicking.

Players who participate in the WKA have to adhere to a long list of rules that covers the type of equipment, the playing field, and how many innings there are per game. I’ll cover the basic rules of kickball in a bit, but first, let’s go over the equipment. 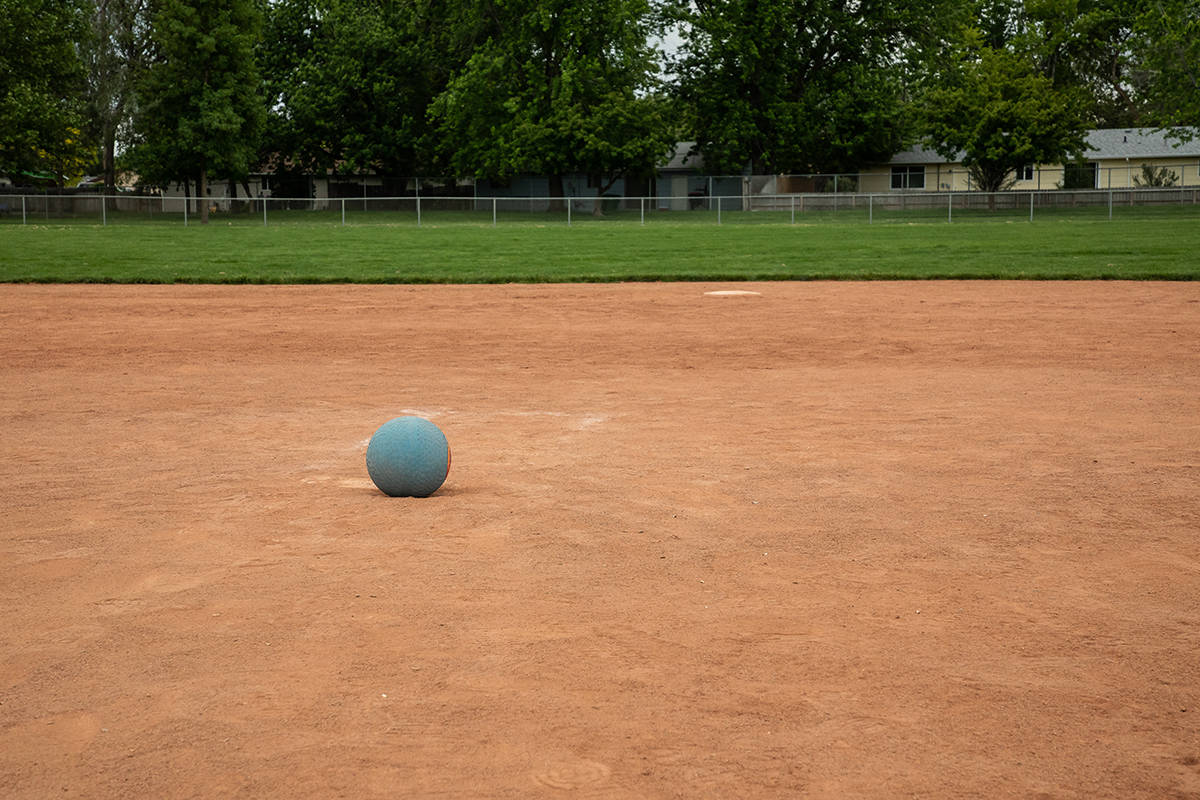 The only pieces of equipment that are subject to the WKA rulebook are the ball, play uniforms, footwear, and protection.

The ball used in kickball is simply called kickball. It must be red and sport the World Adult Kickball Association (WAKA) logo.

When inflated to 1.5 pounds per square inch, the kickball must measure precisely 10 inches in diameter (31.42 inches in circumference), which is much bigger than a softball size of between 11.88 and 12.13 inches. A referee will check that all kickballs are inflated per the rulebook before they can be used in an official game.

Players on a kickball team must wear athletic apparel. Most teams will come up with their own uniform designs and colors, but they must be designated safe for use during sports.

Kickball players are not allowed to wear metal cleats. Rubber and plastic cleats are completely fine. However, players can skip using cleated footwear if they want.

Players are allowed to wear protection like cups, helmets, elbow pads, etc. However, the referee has the final say over what the players can and cannot wear. Players whose protection falls into a gray area that is designed illegal for the match must remove the protection or be disqualified from participating. 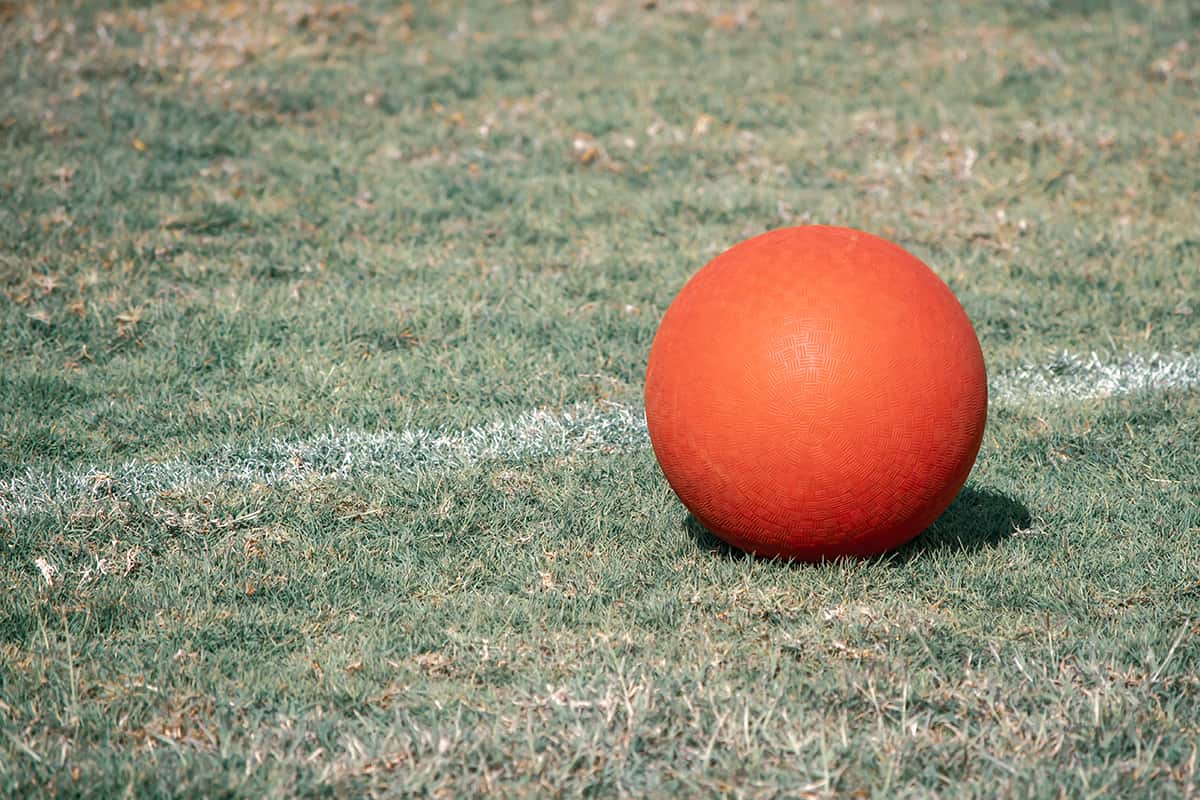 If you’re familiar with the rules of baseball or softball, then you should have a pretty good idea of how to play kickball. The only difference is that the pitcher rolls the ball instead of throwing it and the batter kicks the ball.

Other than that, it’s pretty much a soccer-sized version of baseball or softball.

To give you a better idea of what I mean, allow me to explain the fundamental rules of an official kickball match per the WKA’s rulebook.

The object is to score the most points for your team. The team with more points than the other after 7 innings wins.

Pitching the ball is done from the pitcher’s plate, which is 42.5 feet away from the home plate. The ball must roll toward the kicker, but bounces are allowed. If bounced, the ball must bounce a minimum of 2 times before reaching the kicker.

The referee will determine whether or not a bounced pitch is legal. If a pitcher succeeds in pitching 3 strikes, the kicker is out. If the pitch is deemed out of the kicking box, it is a ball. After 4 balls, the kicker gets to advance to first base.

The pitcher can throw the ball overhand or underhand. However, overhand pitches are not recommended since the pitcher can lose control of the ball and bounce it only once before reaching the kicker.

Kicking the ball works similarly to swings with a baseball or softball bat. If the kicker kicks 3 times and misses, they receive 3 strikes and are out.

A kicker may line up outside the kicking box (a 10-foot square box behind home plate) to wind up their kick. In addition, kickers can also bunt the ball by tapping the ball against their foot.

A team is limited to 3 outs before swapping positions with the other team, starting at the bottom of the current inning or top of the next inning. If the ball makes contact with a runner, the runner is out.

The exceptions to this rule are balls that are kicked at the runner by a teammate and when the ball hits the runner’s head or neck. However, players are not allowed to actively force their heads in the direction of the ball in order.

A kicker must run through all bases and return to home plate to earn a point for their team. To kick a home run, the kicker must kick the ball beyond the outfield fence within the foul lines.

A kickball team consists of at least 8 players and no more than 10. Some minor leagues may allow for 11 or more players per team.

A single kickball match lasts for 7 innings or 55 minutes, whichever is met sooner. If a new inning is started after the 50-minute mark, the game is continued as normal. However, if the inning exceeds 55 minutes, the game is called, and the final score is reverted to before the final inning started.