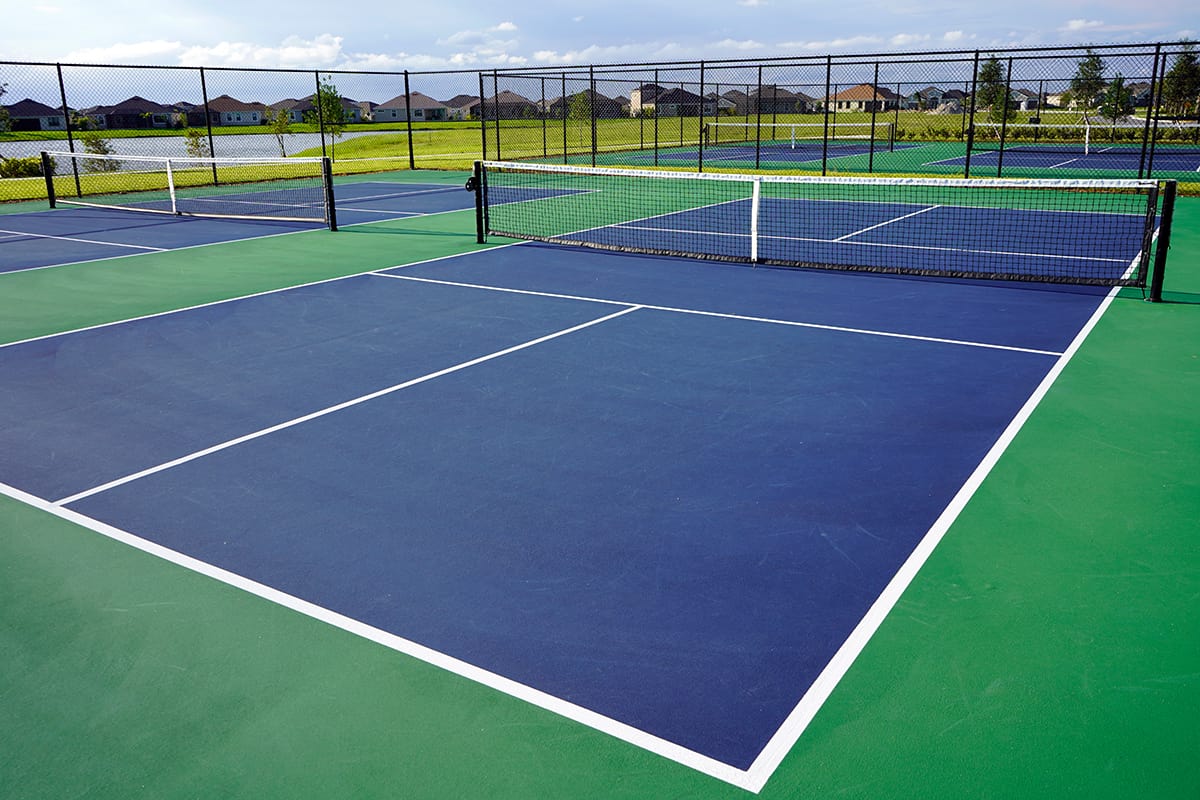 Pickleball is somewhat of a combination between tennis, badminton, and table tennis. The racket sport is played by 2 or 4 players (2 teams of 2) over a net that splits the court into 2 equal halves. So, what are the dimensions of a pickleball court?

A pickleball court measures 44 feet long and 20 feet wide. The 20-foot-wide net sits at the 22-foot mark of the court and stands 3 feet high at the posts and 34 inches high at the center. The non-volley zone spans 7 feet in both directions, starting from the net.

So, how exactly is pickleball played? And what sort of equipment do you need to play pickleball? I’ll address these questions and more in the remainder of this guide.

The Origin Story of Pickleball 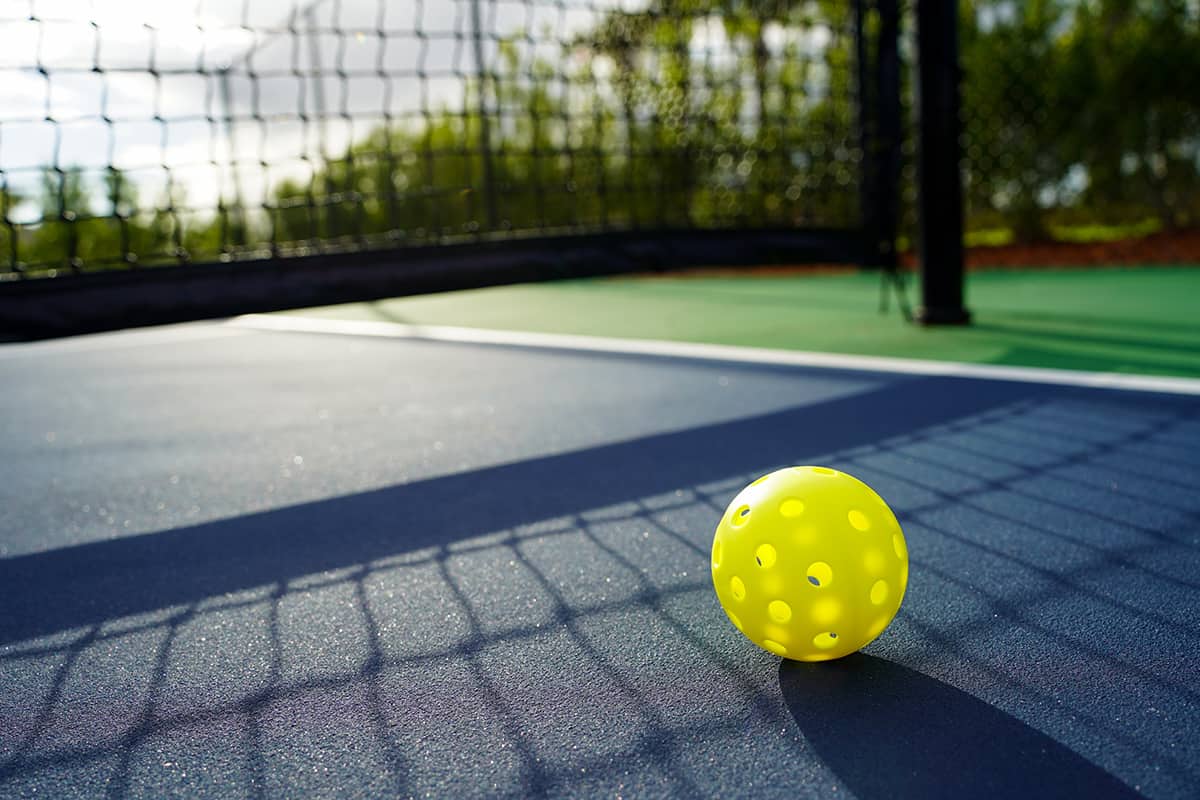 Pickleball originated back in 1965 when a congressman, a businessman, and some dude came together to create a child-friendly sport using a badminton net. At the time, all they had was a net and a single racket, and it’s not like they could split the racket in 3. So, they used whatever other supplies they had at their disposal.

The 3 gentlemen experimented with ping pong paddles and a perforated ball. After several trials and error, they finally decided to lower the badminton net to 3 feet instead of 5 feet, and in just 2 years, the trio managed to hold the run and manage the first pickleball court in the world, though it was in one of the founders’ backyards.

In 1975, pickleball made its way into a popular tennis magazine, calling it the latest racket sport in America. 9 years after its inception, the USAPA (United States Amateur Pickleball Association) was formed, and the rest, as they say, is history. 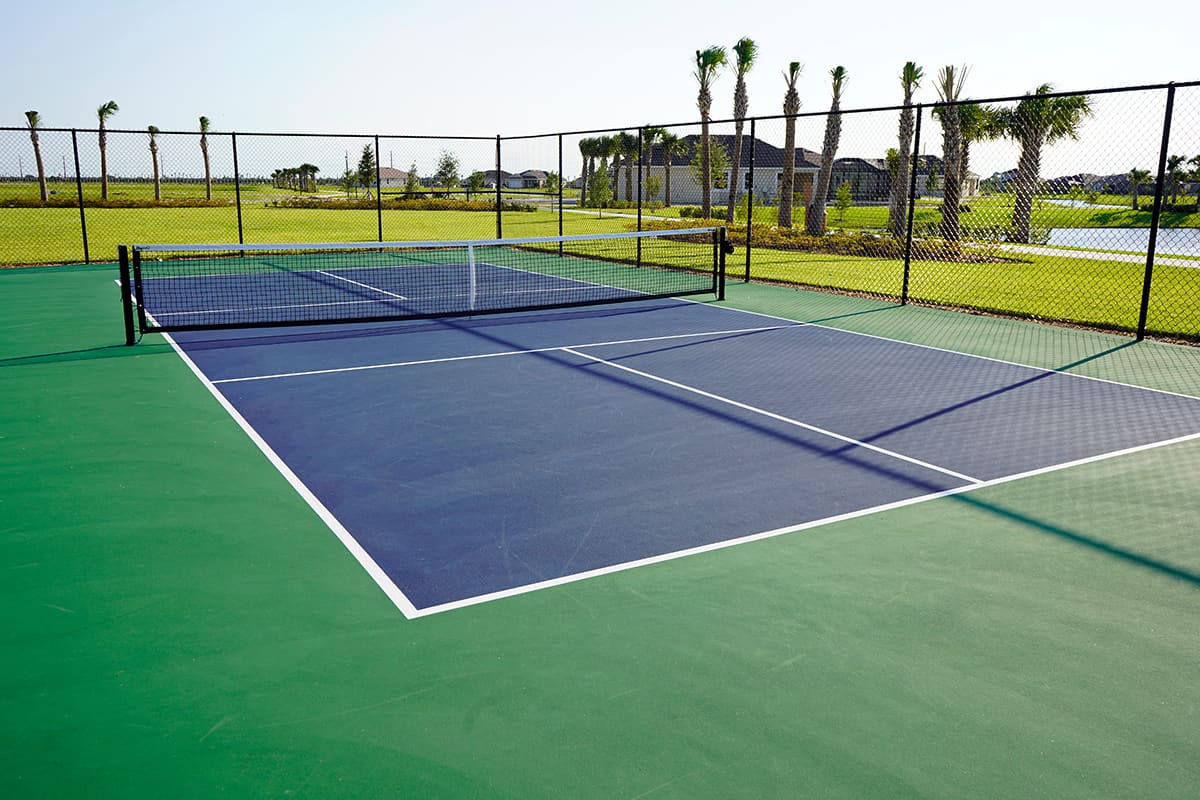 Before covering the dimensions of a pickleball court, we first have to understand what the markings are.

Sidelines—The longest lines on a pickleball court that denote the playing field and foul zones.

Midline—The line that divides the pickleball court in half. The net is placed directly over the midline.

Net—A traditional net like a badminton net with the bottom touching the midline line. However, a pickle court net is around 36 inches in height at the sidelines and 34 inches high in the middle, while the height of a badminton net is 5 feet 1 inch.

Centerline—The line that spans from the baseline to the no-volley zone line.

Now that we know what the markings are, we can get a better understanding of what a pickleball court looks like through its measurements.

Note: All of the lines are 2 inches wide. 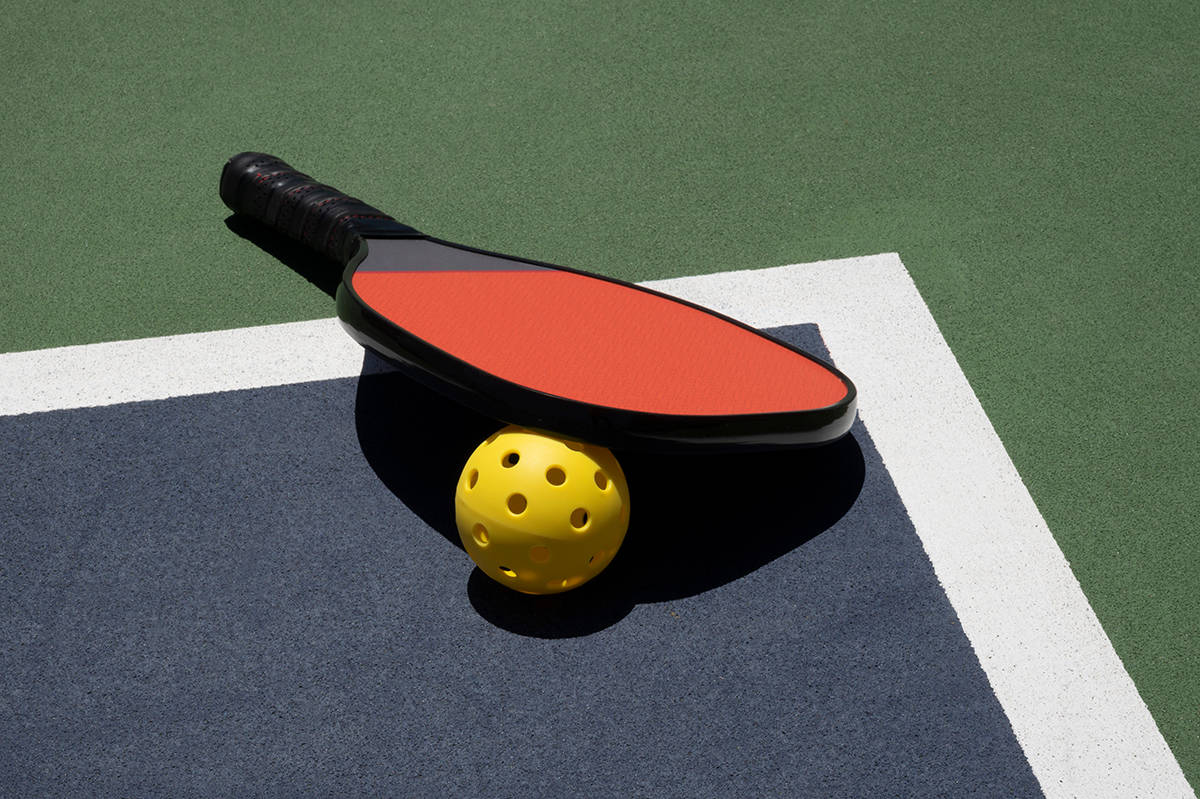 Apart from the pickleball court, you will need the following equipment to play a pickleball match.

Since its inception, pickleball has always used a standard badminton net, even for official tournaments. A badminton net measures 20 feet long and 3 feet tall. A net assembly should come with mounting posts that prop the top corners of the net 36 inches above the midline, while the center dips slightly to 34 inches high.

Pickleball balls look more like wiffle balls than tennis balls or badminton shuttlecocks. The pickleball ball is a perforated ball made of plastic that measures 2.874 and 2.792 inches in diameter and 9.03 and 9.34 inches in circumference, and it weighs between 0.78 and 0.935 ounces. When dropped from a height of 78 inches onto a concrete surface, it should bounce between 30 and 34 inches high.

Like ping pong, pickleball uses paddles instead of full-sized rackets. They usually measure 15.5 to 17 inches from the bottom of the handle to the top of the head, 7 to 8.25 inches at its widest point, and roughly 1.25 inches in thickness.

How to Play Pickleball

You can find a comprehensive overview of pickleball rules at Pickle-Ball Inc., but I’ll describe the fundamentals down below.