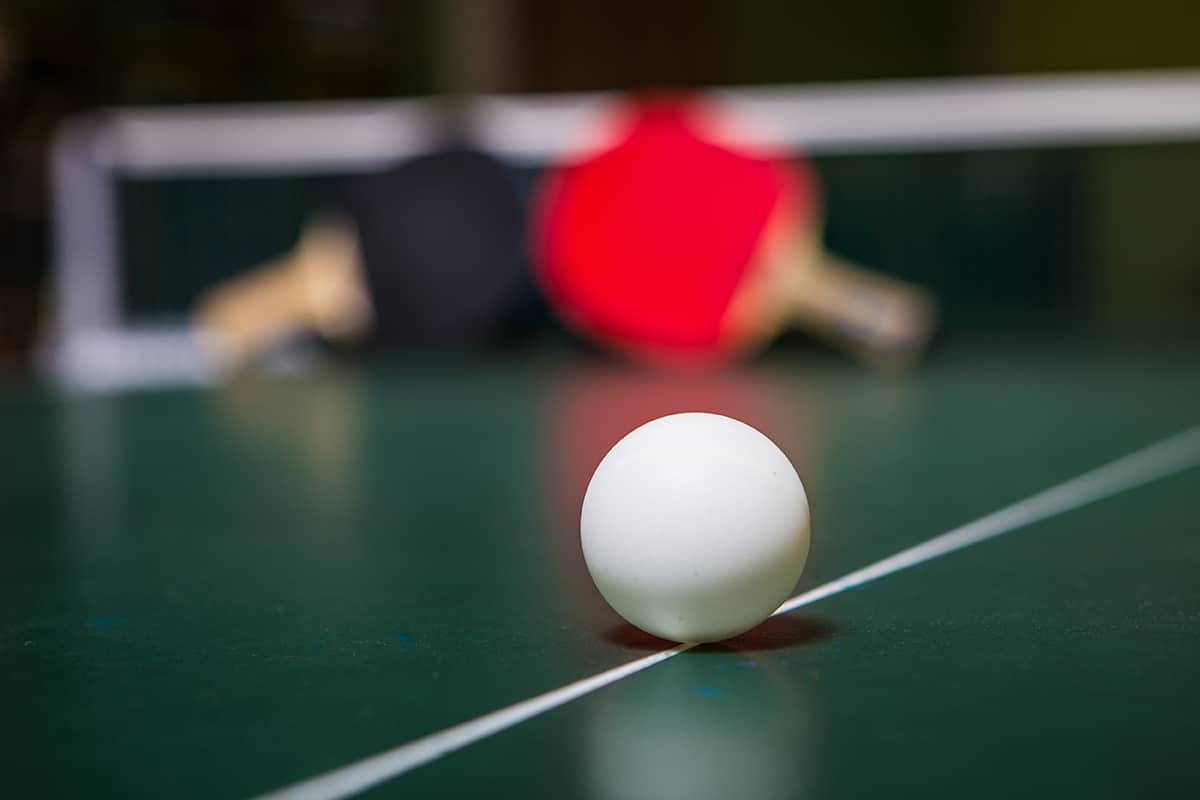 Ping pong, also known as table tennis, is a fun sport. You don’t really need a ping pong table to play; as long as you have the correct markings on a regular table, you should be good to go. However, you will need a few paddles and a ping pong ball. Speaking of which, do you know how big a ping pong ball is?

According to the official guidebook of the International Table Tennis Federation (ITTF), a ping pong ball should measure precisely 40 millimeters (1.5748 inches) in diameter and weigh 2.7 grams (0.095 ounces).

There is so much more we can learn about this popular rec-room sport. In this guide, I’ll explain the sport of ping pong and the measurements of its equipment. 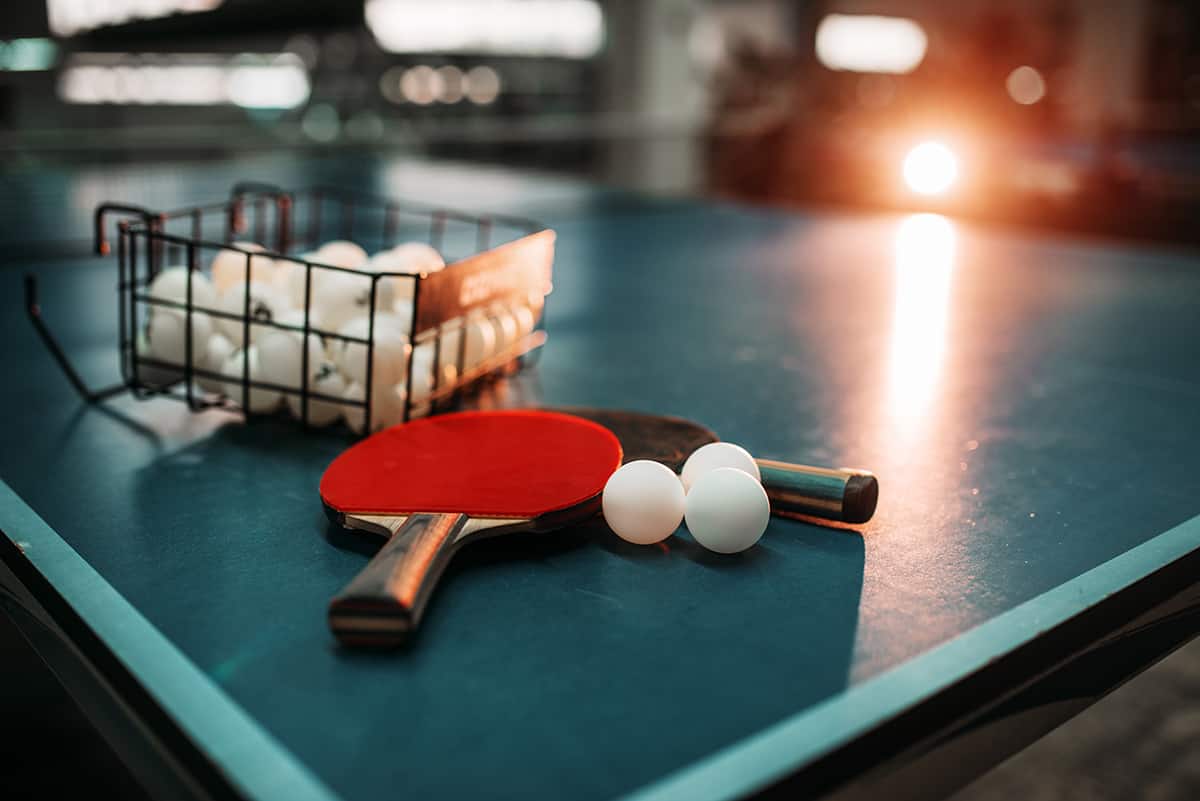 The essential equipment you need to play ping pong is a ball, a table, a net assembly, and a few paddles. All of the measurements mentioned below come directly from the ITTF’s digital handbook.

A ping pong ball is the second-smallest sports ball, just after squash balls. It’s spherical in shape and has a hollow center.

If you got to know a softball size and weight, a ping pong ball is roughly 10 inches smaller in diameter and 6.4 oz lighter in weight than a softball.

The ping-pong table is divided into 2 parts: the top surface, known as the playing surface, and the legs.

The ping pong net assembly is divided into two parts: the net and the posts.

The paddles are tiny rackets that you use to hit the ping pong ball back and forth. They can be broken into 2 parts: the blade and the handle. 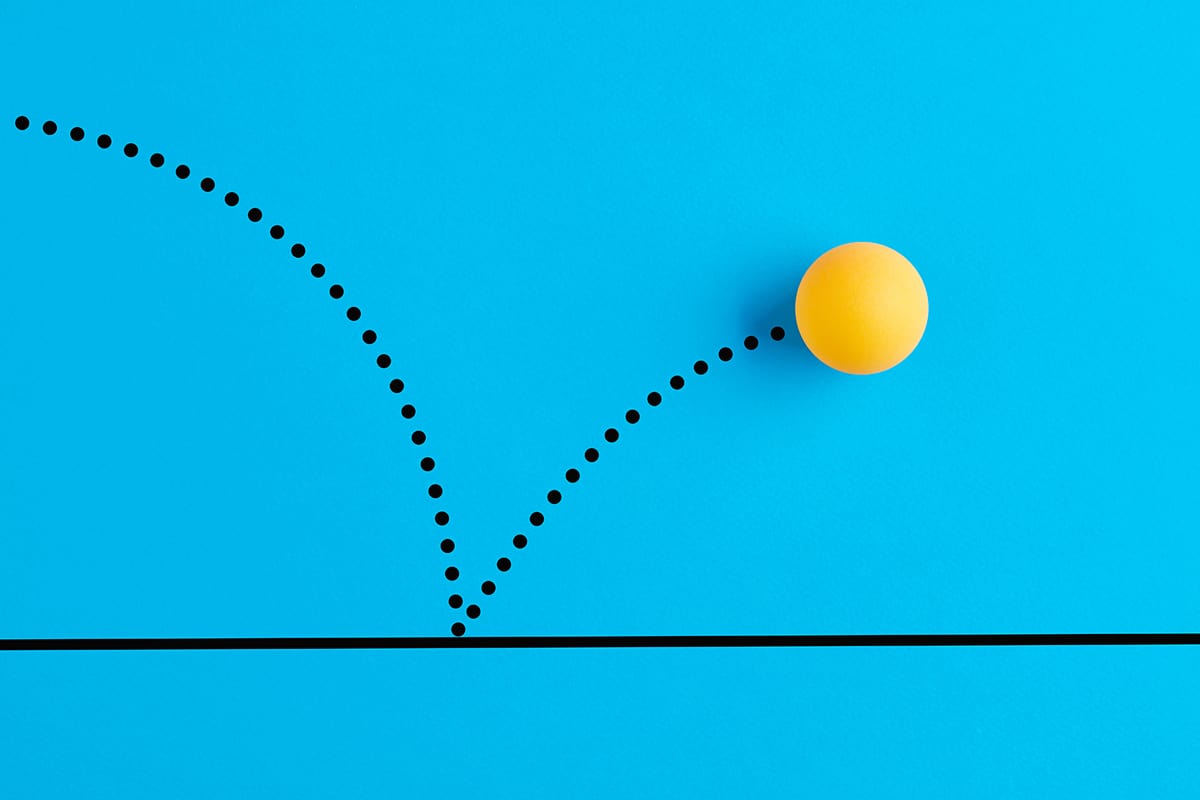 The first official table tennis tournament took place in 1926 when Hungarians and Austrians duked it out over the green table to see who would reign supreme. In the end, Hungary would earn its first gold medal of 68, putting it in second place in terms of total gold-medal counts but far behind China’s 149 gold medals.

How to Play Ping Pong?

Ping pong is a pretty straightforward sport. If you know how tennis and badminton are played, you should have an easy time grasping the concept of playing ping pong.

There are two players who stand on opposite ends of the ping pong table. Each player has a paddle that they use to whack a tiny ping pong ball over a short net. For a hit to count, the ball must strike the surface of the other side of the table. In order to score a point, your opponent must fail to hit the ball over the net and onto your side.

It’s important to note that it’s not 100% mandatory to hit the ball over the net. As long as the ball touches the opponent’s side of the table when hitting it from the side of the net, the ball is still in play.

Each person is given 2 opportunities to serve the ball, after which the roles are reversed. When playing singles matches, the server can serve the ball in any direction of the table. When playing doubles matches, the ball must be served cross-court to the player diagonal from them. Most ping pong sets are played to 15 or 21. However, per ITTF rules, a game is played to 11 or with a score difference of 2 if they are tied at 10.