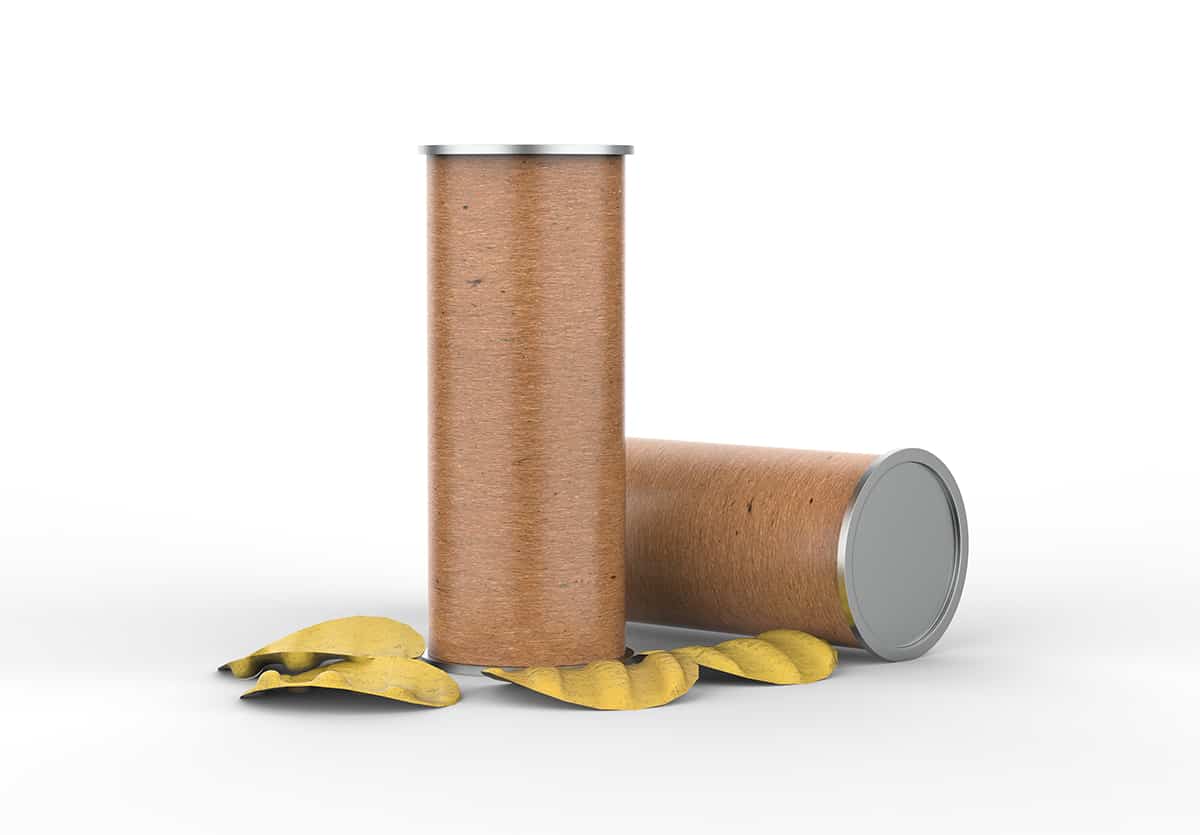 Believe it or not, Pringles has been around for over 50 years. It used to be that once you popped, the fun didn’t stop, but that was before shrinkflation ruined the fun for everyone. So, how large is a Pringles can?

The standard 5.8-ounce Pringles can stands around 10 inches and measures roughly 3.15 inches wide. However, Pringles is sold in a variety of can sizes, ranging from 31.02 ounces to 7.1 ounces.

In this guide, I’ll describe the dimensions of every Pringles can size. I’ll also discuss whether Pringles are actually potato chips or not, and how shrinkflation ruined the Pringles party.

If you take a look at the Pringles website, you’ll find every Pringles can size. However, there’s quite a bit of navigating you have to do, so if you don’t have the time, allow me to sum the sizes up for you.

What Is the Standard Pringles Can Size? 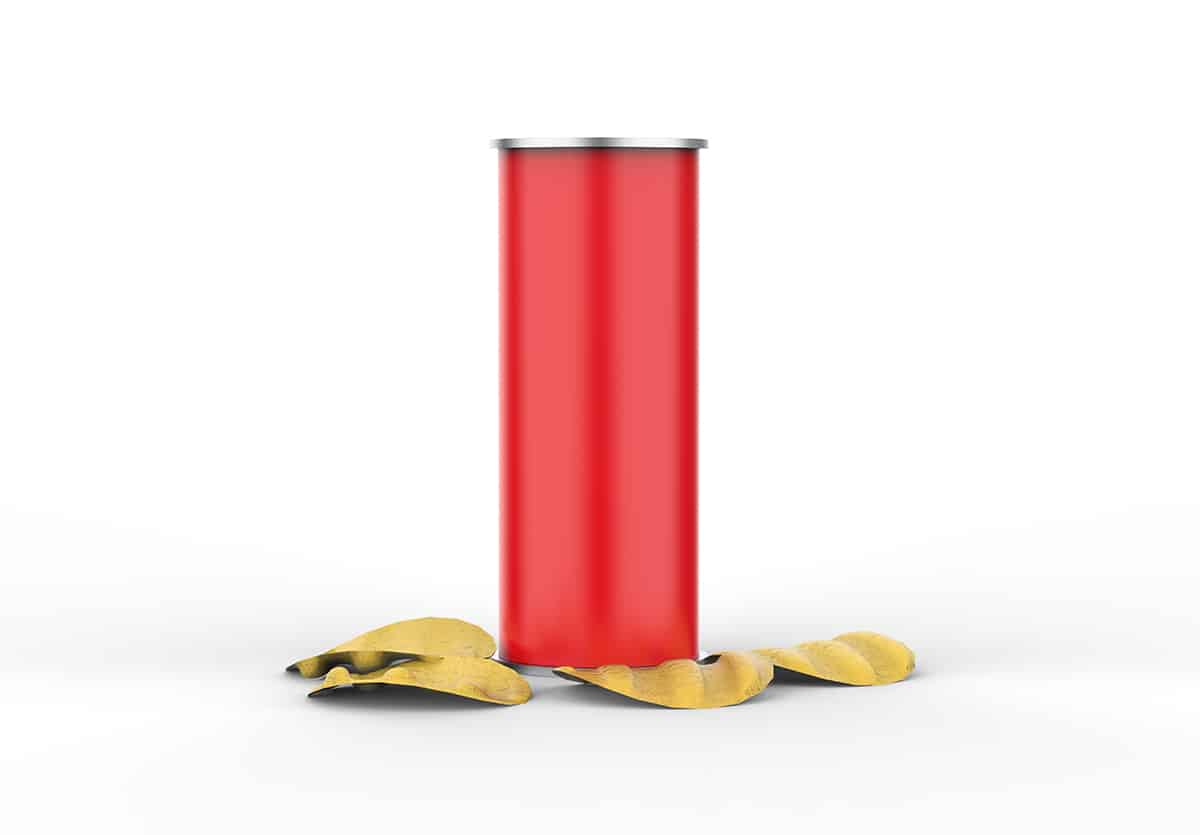 Earlier this year, Pringles shocked the world by changing its logo. The new pringles logo was intended to simplify (modernize) the old design, which was not accepted very well by many people. But Mr. Pringle’s makeover wasn’t the only thing that made fans’ jaws drop this year.

Pringles decided to shrink its standard can size from 7.05 ounces to 5.8 ounces. And if that wasn’t bad enough, a Twitter user proved to the world that the size of individual Pringles also shrank, an allegation that @Pringles initially denied.

So, why are Pringles shrinking in size?

Shrinkflation is a term used to describe the practice of reducing the size or quantity of a product while, at the same time, retaining its original price. Basically, product packages are growing smaller, yet consumers still have to pay full price for the product. How is that fair?

To put it simply, shrinkflation is a way companies have cleverly hidden inflation from their customer base. Since the power of the dollar decreases over time, we would have to pay more for the original product size. Instead of changing price tags, companies have decided to reduce how much of a product is inside the package. Basically, the customer ends up paying more for less.

Is shrinkflation fair? Not really. Shrinkflation causes an imbalance between quantity and cost. We might not realize it, especially if we don’t read the weights of our purchased goods, but you could end up spending 30¢ more per ounce before shrinkflation took its toll on Pringles. However, don’t conflate unfair with illegal since shrinkflation is a legitimate business practice.

What can you do about it? The best thing you can do is to purchase Pringles in bulk. There are all sorts of money-saving deals on Amazon. But if you’re a hardcore Pringles fan who needs their Pringles dose instantly, you should consider reaching out to the nearest distributor and seeing what sort of deal you guys can strike up.

How Many Pringles Flavors Are There?

You can find the entire list of flavors on the Pringles website, but I’ll the top-rated flavors down below.

How Many Pringles per Can? 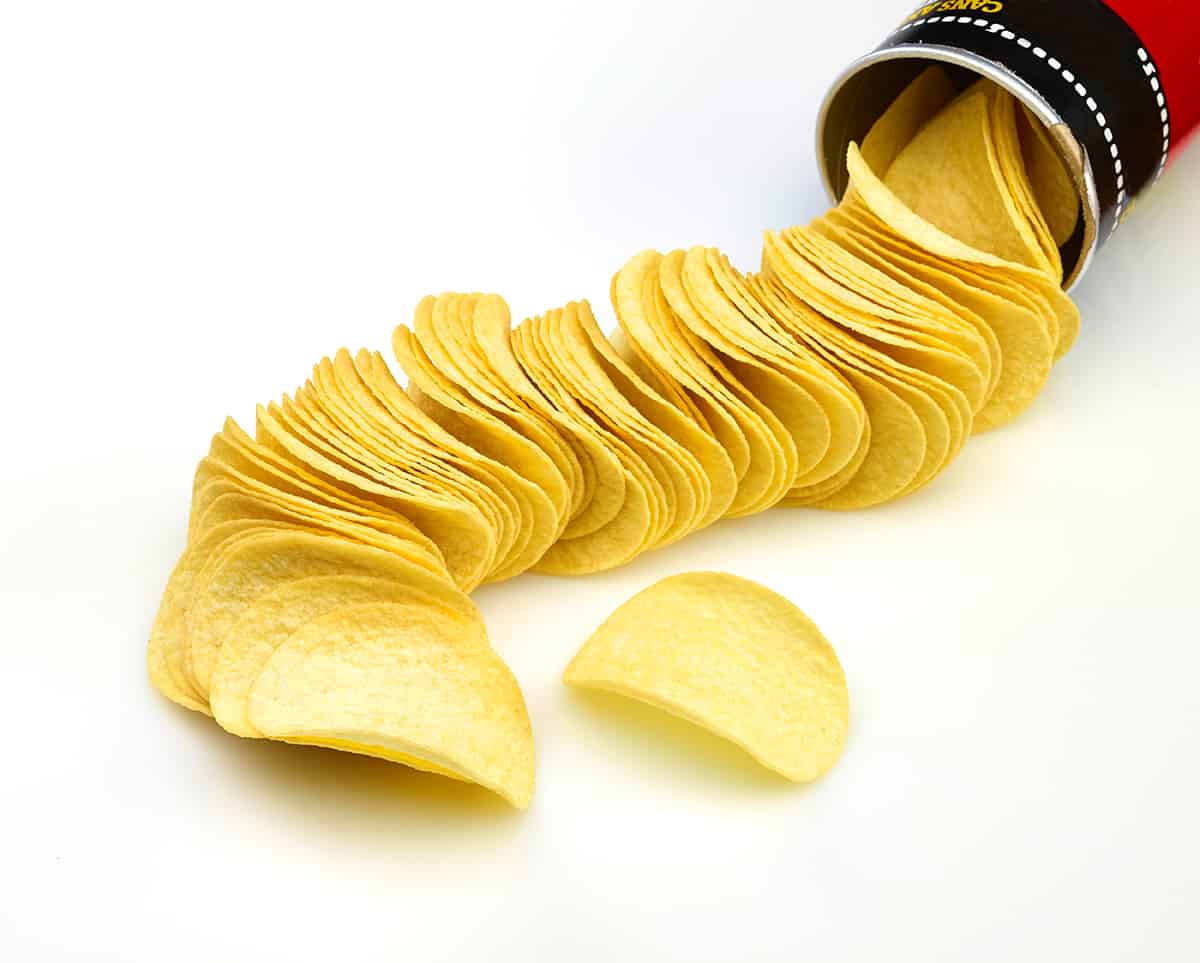 Brian VanHooker, a writer for Mel Magazine, wrote an excellent piece on the controversial issue of how many Pringles there are in a can. When manually counting the individual Pringles chips in a 5.5-ounce can, he discovered that the generic answer on the internet—“about 100”—was way off.

A 5.5-ounce can of Pringles contains between 78 and 80 chips. The can had a final figure of 80, which wasn’t too far from the truth, at least when taking Pringles count ranges into account.

As for the weight of individual Pringles chips, the guys at Weigh School discovered that it ranges from 2 to 2.2 grams (0.071 to 0.78 ounces).

Pringles contain roughly 42% potatoes, which, under the FDA’s ruling, is exempt from being legally labeled as potato chips. A product can be called a potato chip if it is made of thin slices of potato. If the product includes a significant portion of filler ingredients, such as is the case in Pringles, then the phrase “potato chips” can be considered misleading.

To get around this, Procter & Gamble (which used to own Pringles before it was sold to the Kellogg Company in 2012) tried to avoid the whole legal-jargon fiasco by labeling the products potato crisps. While this sort of worked in the US, the legal system across the pond, who use the word crisps for chips (French fries are chips in the UK—confusing, right?) thought differently.

In an attempt to avoid the high potato-based junk-food VAT in Great Britain, P&G argued that their crisps weren’t actual crisps since they “were not found in nature.” In the end, the courts ruled against Pringles, forcing P&G to pay £160 million in fines.