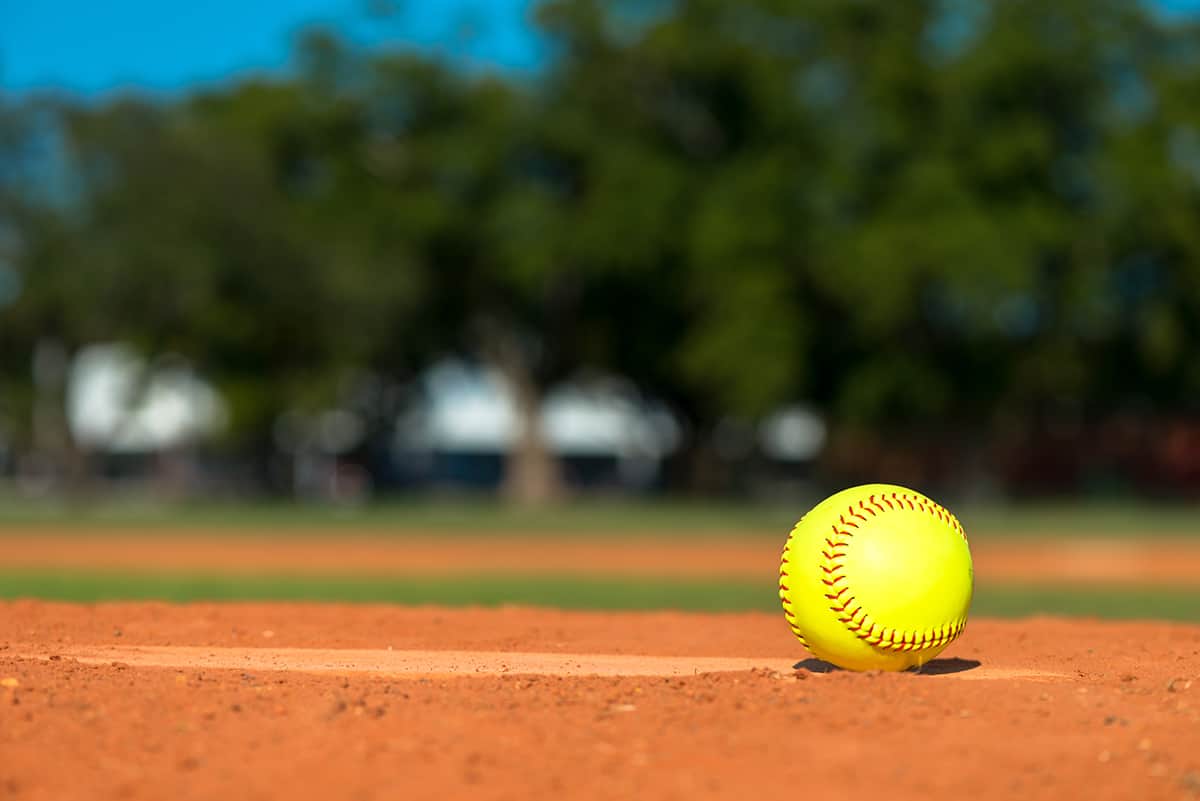 Softball is the backyard-friendly version of baseball, though it pales in comparison to wiffleball. One of the first things people notice when comparing softball to baseball is the size of the ball. So, what are the exact dimensions and weight of a softball?

The circumference of a regulation softball should measure between 11.88 and 12.13 inches. Its overall weight should be somewhere between 6.25 and 7 ounces.

In this guide, I’ll speak about the softball size and weight in greater detail, as well as the differences between softball and baseball.

A Quick History of Softball 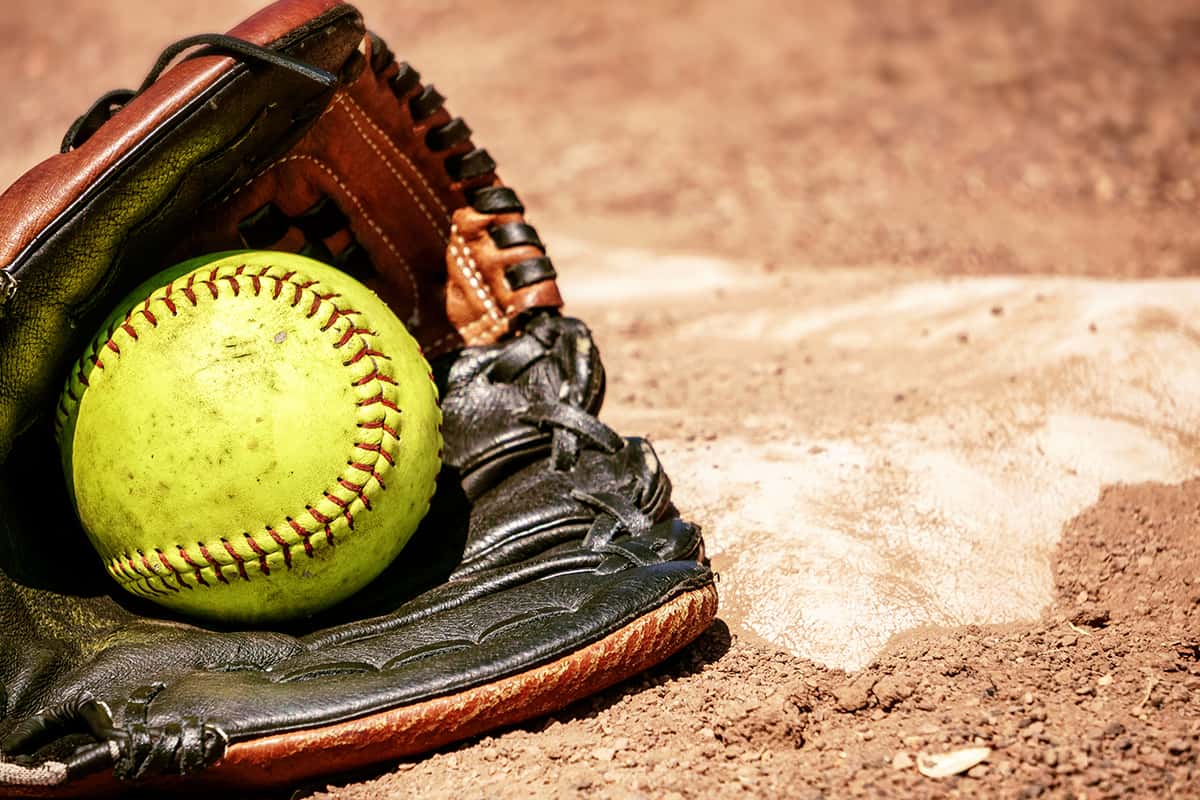 Believe it or not, softball is rooted in football history more than it is in baseball. Back in 1887, anxious spectators were awaiting the results of a highly anticipated football match between Harvard and Yale. When the results were announced, one of the Yale supporters threw a boxing glove at a Harvard fan, who swung at the glove with a broomstick.

Chicago Board of Trade reporter George Hancock witnessed the shenanigans unfold before him before calling out, “Play ball!” Immediately, supporters from each school teamed up to play a game of impromptu indoor baseball that involved 2 pieces of equipment that were later replaced with the ball and bat we’re accustomed to seeing today.

It didn’t take long for the sport to become somewhat of a hit among sports fans. Since the game could be played indoors, baseball players used to play softball during the off-season in order to maintain physique and dexterity. In 1933, the Amateur Softball Association of America was formed, and softball became a legitimate sport. 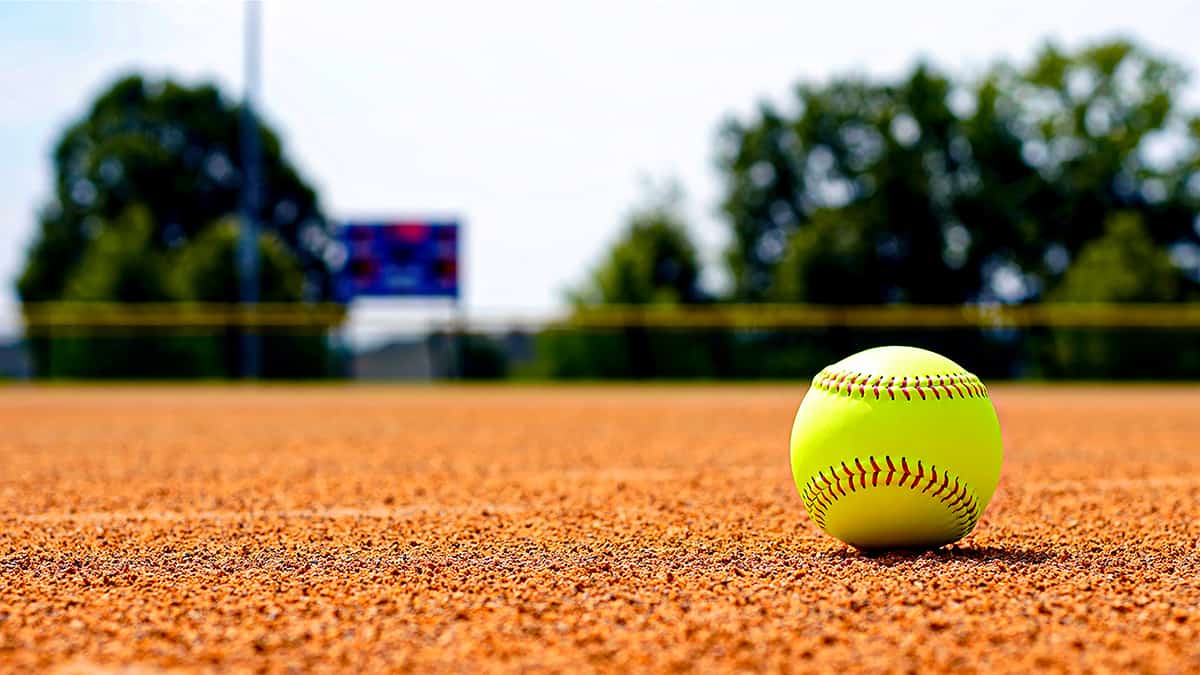 When the game was first introduced, people would use massive balls that were 16 inches in circumference. It wasn’t until the sport grew in popularity that other impromptu leagues decided to switch up the gameplay rules, with one notable match in Minneapolis using a 12-inch ball.

Today, most softball matches will stick to using 10- to 12-inch balls, with the most popular circumference ranging between 11.88 and 12.13 inches. However, according to the official rulebook compiled by USA and ASA Softball leagues, balls ranging from 10 to 16 inches can be used during official tournaments. In addition, the balls should be colored based on their size, which directly corresponds to what age group or pitching style the ball can be used for.

The following table will describe the USA and ASA’s guidelines on gameplay-ready balls based on the circumference, weight, and color.

Differences Between Softball and Baseball 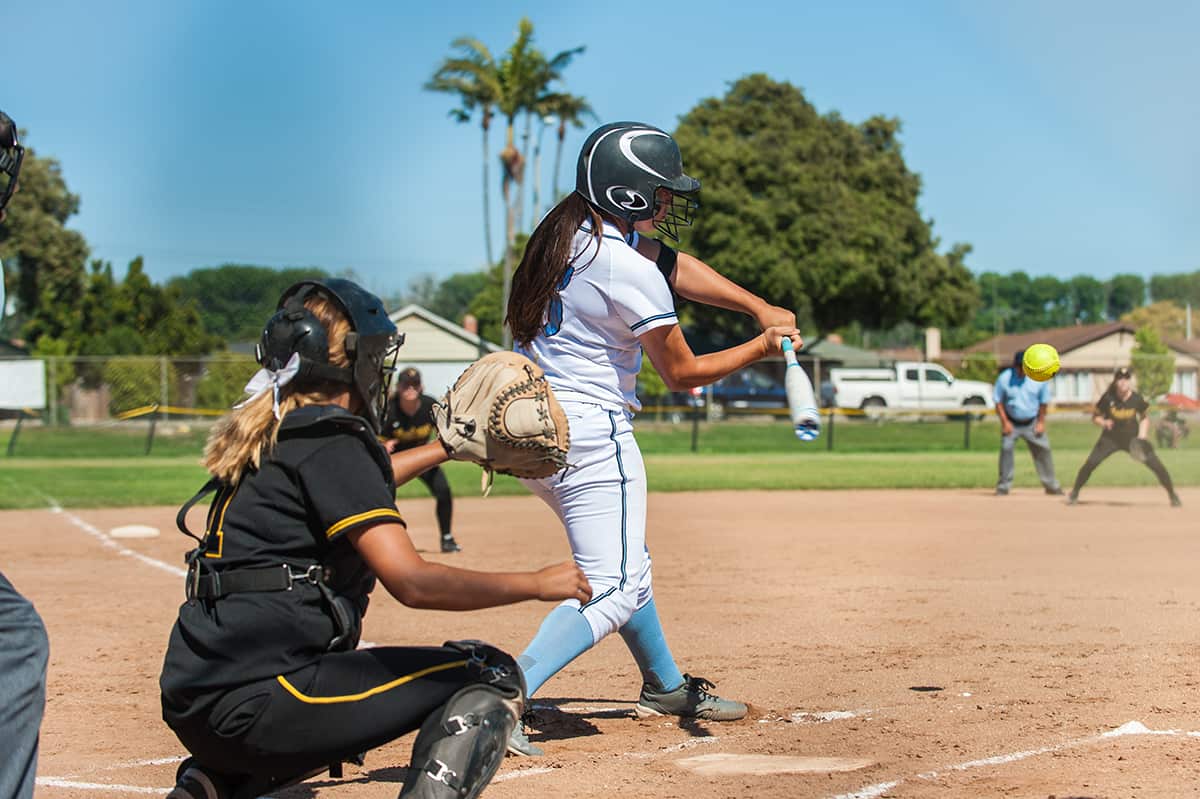 There are far too many differences between the two professionally played sports to list in this article, so I’ll only cover some of the more important differences.

If you noticed in the table above, the Additional Information column contains notes like “Fast Pitch” and “Slow Pitch.” These are directly related to the style of play that is used in a softball match.

Softball games and be played in 1 of 3 ways—slow-pitch, fast-pitch, and mixed-pitch styles.

Slow-pitch softball games require the pitcher to pitch the ball underhand without winding up their arm. This means the ball travels more slowly from the pitcher’s mound to home plate, but it also leads to faster-paced matches since there’s less of a risk of walking or striking the hitter.

Fast-pitch softball games are almost the polar opposite of slow-pitch matches. The pitcher can windmill their arm before throwing the pitch.

Mixed-pitch softball games allow the pitcher to switch alternate between fast and slow pitching styles, depending on the team’s overall strategy.

Regardless of what pitching style is used, a softball pitcher must always throw the ball underhand. In baseball, you can throw overhand or underhand, though the latter is quite rare.

Earlier, I described the circumference and weight of game-ready softballs, but how do they compare to baseballs? A baseball must measure 9.25 inches in circumference at most while weighing between 5 and 5.25 ounces. So, it’s 0.75 inches smaller than the smallest ball in competitive softball matches, and it weighs between 0.25 and 0.5 ounces lighter.

When looking at the barrel of the bats, or the thicker portion of the bat just above the tapered neck, softball bats will be slightly slimmer.

The difference in inning count means softball games tend to earn sooner than baseball matches. On average, an inning in baseball will last around 20 minutes, whereas the first 6 innings in the typical youth’s league softball match will end in just 50 minutes.

A baseball or softball diamond refers to the shape of the running path between the bases. Baseball uses a 90-foot diamond, so the distance from home to first, first to second, second to third, and third to fourth arise 90 feet each.

In baseball, the pitcher’s mound is a raised mound of dirt that measures 18 feet wide and up to 10 inches tall. In softball, the pitcher stands on a flat 16-inch-diameter circle.