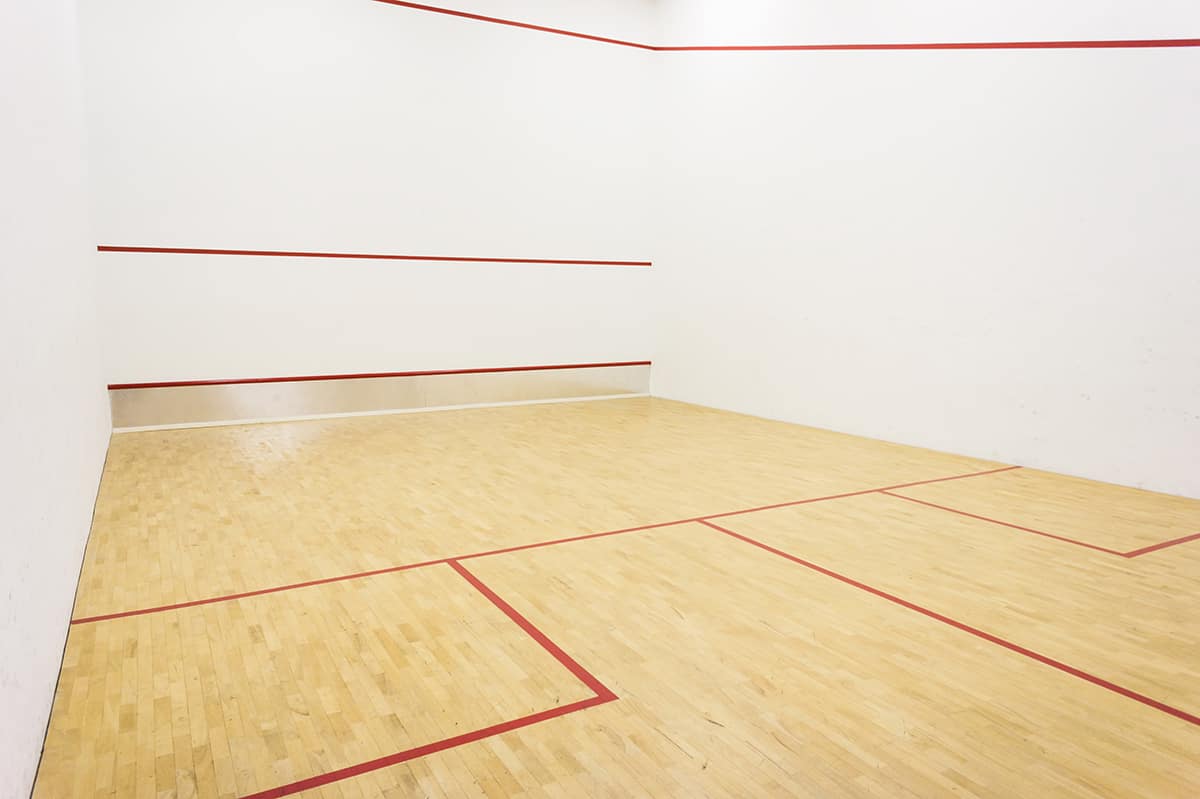 Squash is one of the most intense racket sports. Unlike other racket sports like tennis and badminton, squash is played on a net-less court, with the players bouncing a rubber ball against walls. So, how large is a squash court?

So, what is squash, what are the markings on a squash court, and how do you play the sport? I’ll address these questions and more in the following sections. 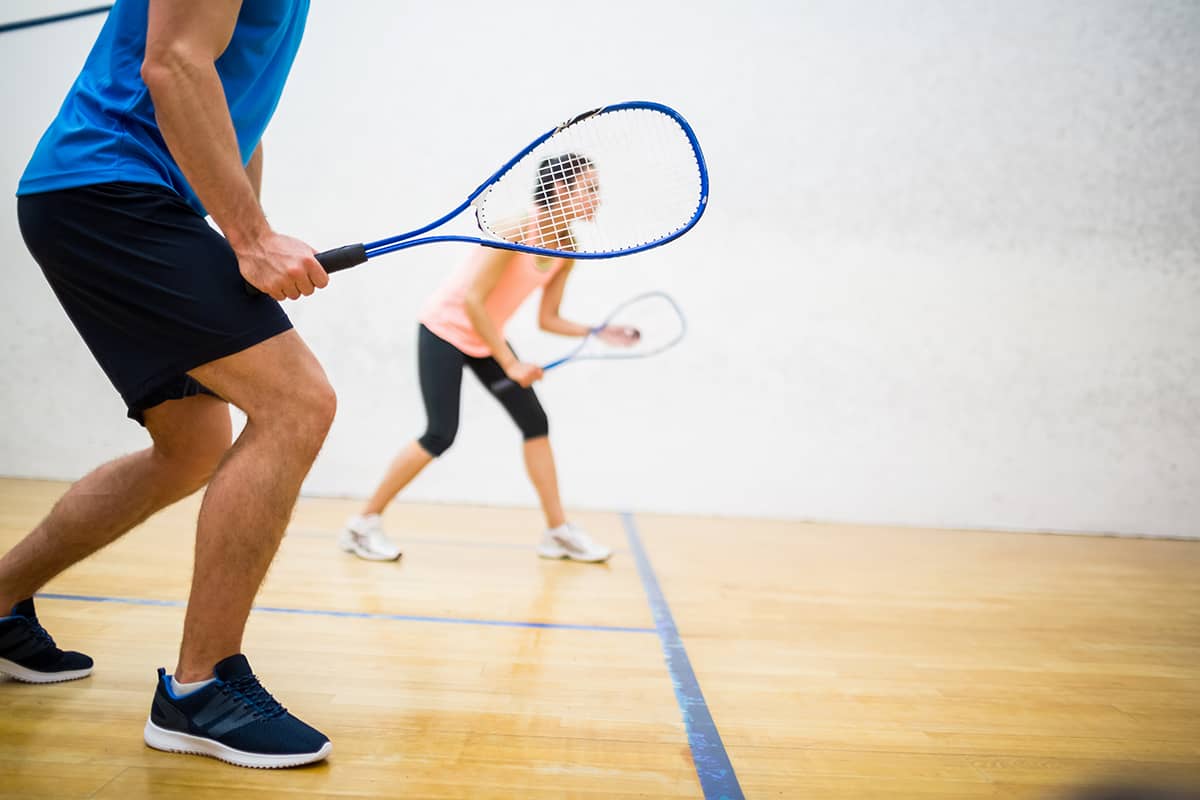 Squash is a racket sport like tennis, badminton, and ping pong. You can play singles squash matches with 2 players (1 vs. 1) or doubles matches with two players on each team (2 vs. 2). The purpose of the game is to hit the ball against the wall in such a way that your opponent cannot return a valid shot. 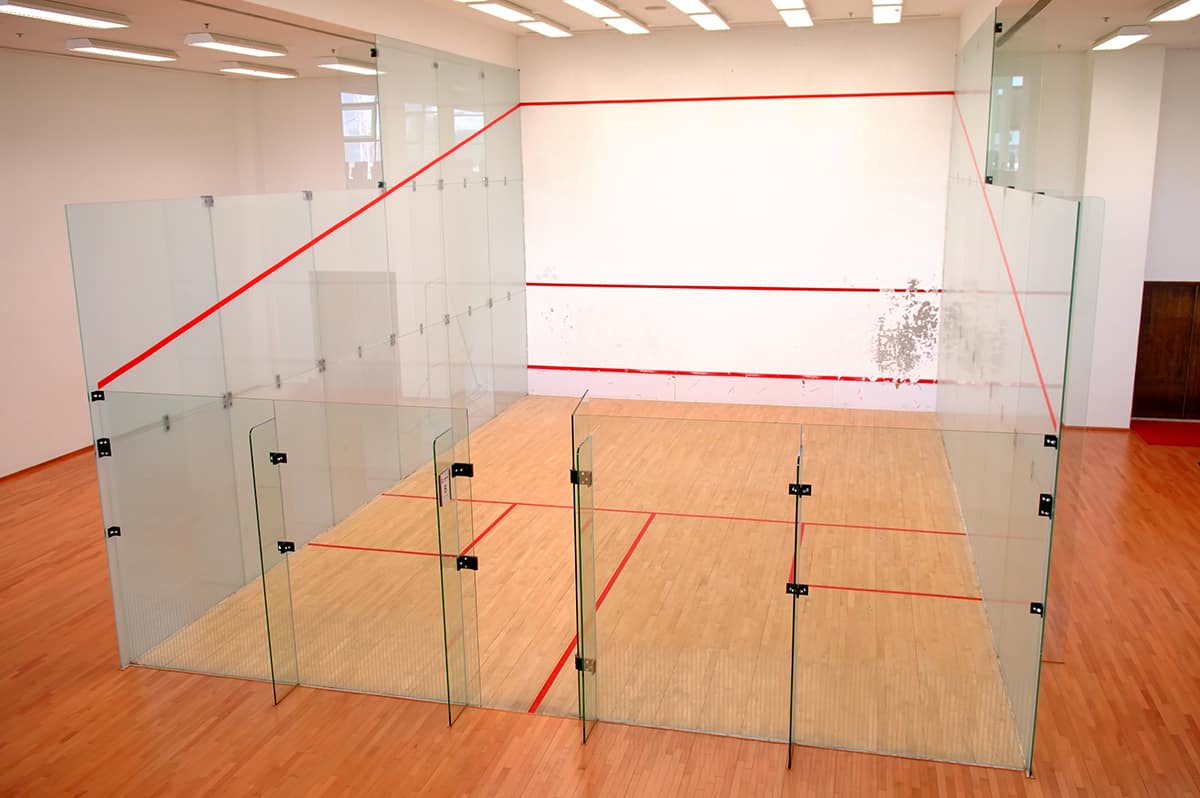 Unlike other net sports, squash is played in a closed environment. The court must be encased in 4 walls used to bounce the squash ball.

Before going into the measurements of a squash court, it’s important that we understand what the parts and markings on a squash court are.

Front Wall—The wall in front of the players when standing in serving and receiving position.

Back Wall—The wall behind the players when standing in serving and receiving position.

Side Walls—The walls to the left and right of the players when standing in serving and receiving positions.

Half Court Line—The perpendicular line that extends from the back wall to the short line.

Short Line—The line that is parallel to the front and back walls that intersects with the half court line. The short and half court lines together create what is known as the “T” line.

Service Box—The box in which the serving player serves the squash ball to mark the start of a point. The square boxes are located directly behind the short line and against the side wall.

Side Wall Line—The line that extends from the back wall to the front wall.

Out Lines—The lines that connect the side wall lines on the front and back walls. The out lines should be parallel to the floor of the court.

Tin Line—The line that acts as an imaginary net. It is located on the front wall and denotes the minimum height that the squash ball must make contact with the front wall to be considered a valid hit.

You’ll notice that, unlike badminton and tennis court dimensions, there are required ceiling height for squash court since the game is mostly played indoor against four walls.

Now, let’s look at the size specifications of the various parts and markings of a squash court. 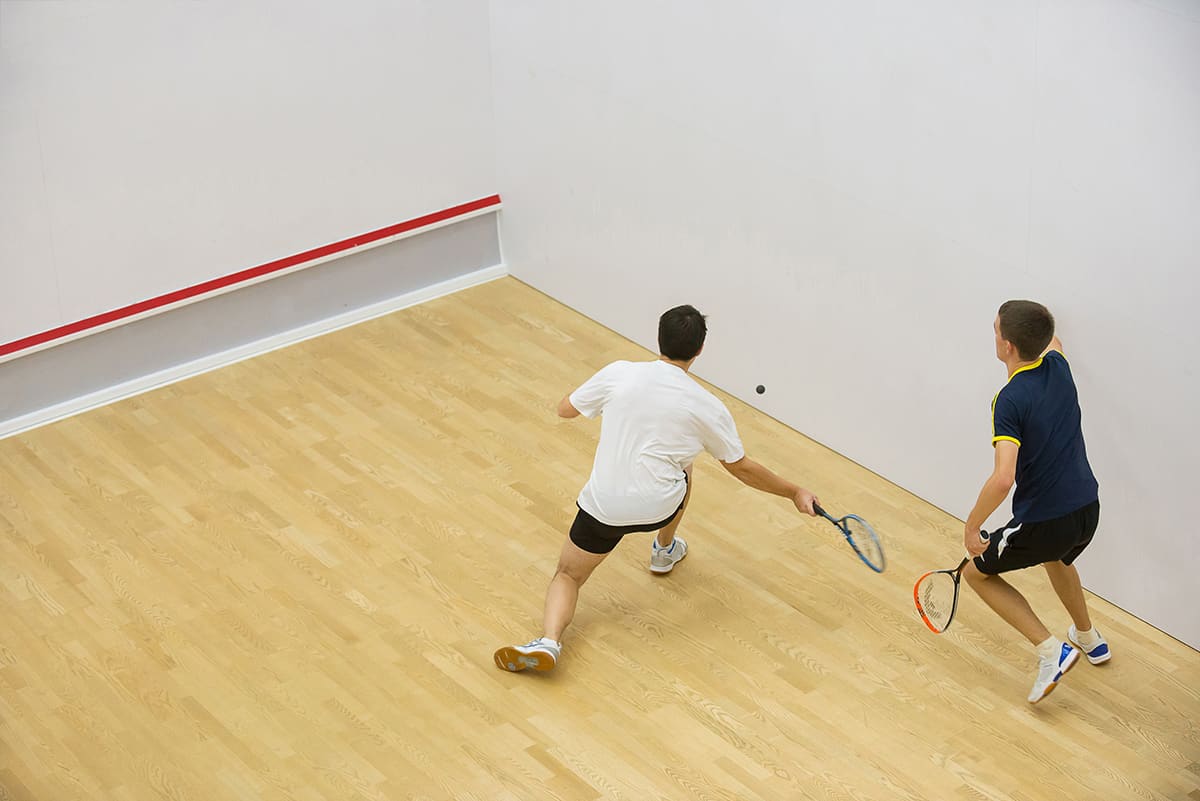 If you don’t plan on attending the PSA World Tour anytime soon, you don’t have to worry about the intricacies of the sport. Instead, just focus on the fundamentals of playing squash to have a fun time whooping your friends’ behinds.

Here are the ground rules for playing squash.