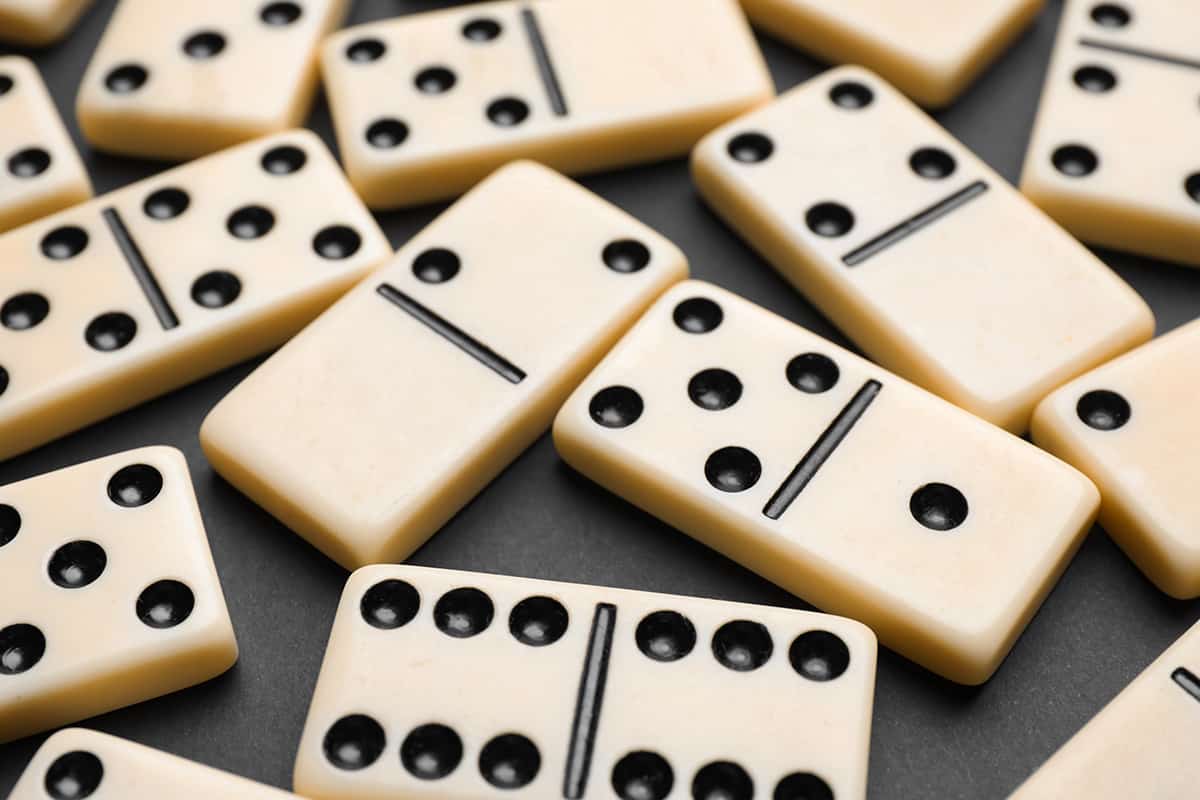 Dominoes is one of the few tiled-based games that is played competitively. Whether you enjoy playing dominoes on afternoons with friends or building intricate dominoes patterns to knock down later, you’ve probably held a standard domino tile in your hand at one point.

For the remained of this article, I will go into greater detail about domino tile sizes, as well as give a brief intro on how to play this classic tabletop game. 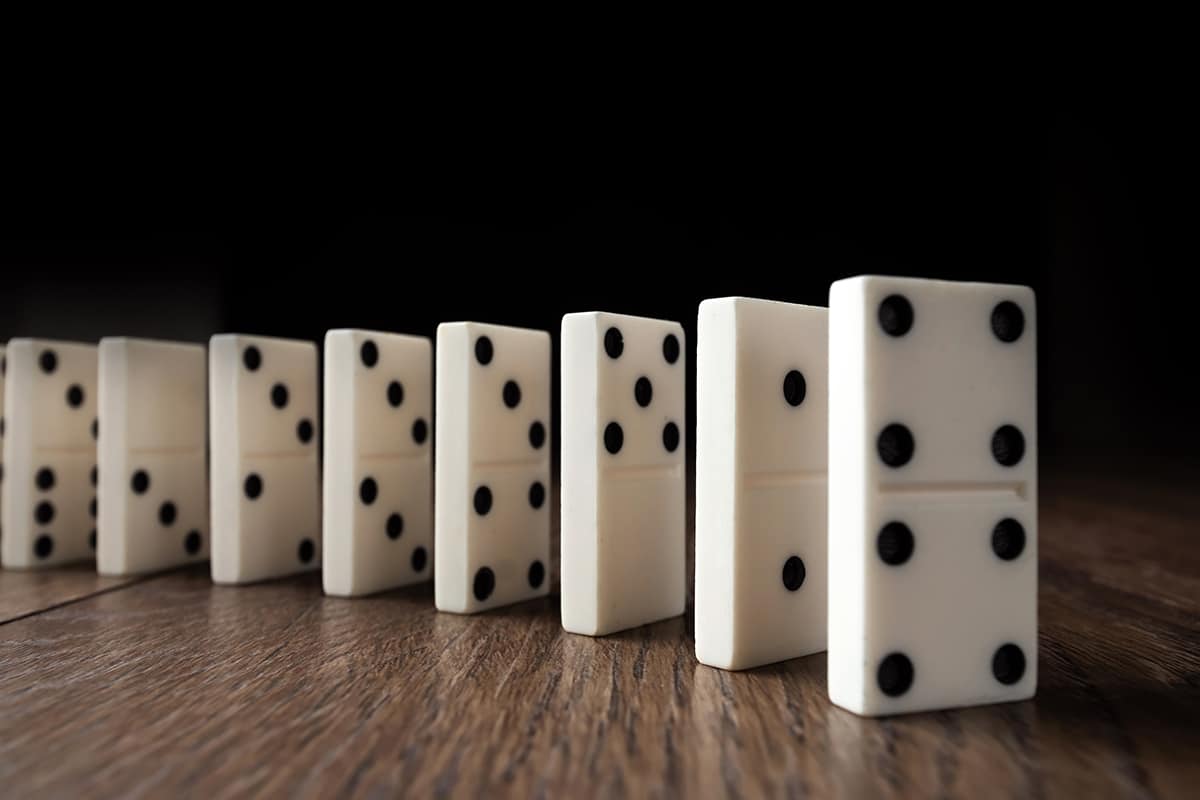 As I previously stated, dominos come in all sorts of sizes. Even domino tiles used for competitive play have their own standardized sizes, though many leagues may not pay attention to such things.

The following table will describe the make mention of the four main domino sizes used for gameplay.

Even though the dimensions above describe domino tiles as rectangular cuboids, you should know that they have rounded corners and sides. In addition, the dimensions in the table above are only rough averages as each dominoes manufacturer may stick to different sizing standards for dominoes used for different purposes.

Another thing worth mentioning is that in some places, dominoes do not come in tiles but are rather made from cardstock. So, while their lengths and widths may not differ from tile dominoes, they are usually much thinner—around ¼ inches (0.6 centimeters)—and, as such, are a lot lighter in weight.

What Are Dominoes Made of?

Traditionally, dominoes were made of wood and animal bones. Recently, manufacturers have switched to plastic and fiberglass, though you can still find bone dominoes at specialty board game retailers.

In fact, since they were historically made of bones, even players in this day and age refer to dominoes simply as “bones.”

Some of the less costly dominoes are made of cardstock, which is what gives them a satisfying snapping sound when you slap them on the board. When playing with domino tiles, you wouldn’t want to slap them on a flat surface out of fear of causing damage to the tile, which could cause other players to know what tile you have due to its warped shape.

It depends on the rules that the players agree to.

In some places, dominoes are played exclusively for cash. Players set up tables or play directly on the flat ground while pooling piles of cash. Each player will add to the pool to buy in a game of dominoes, and the winner of each round or a set of games will receive the entire cash pool.

However, some people play dominoes exclusively as a hobby. In Southeast Asia and Latin America, you might come across elderly gentlemen playing dominoes for fun. They might not play for money, but some guidelines dictate that the losers of a round must remain standing or squatting until they’ve won a hand.

You should check out the regulations for each state regarding legal and illegal gambling before engaging in a hand of for-cash dominoes.

How Do You Play Dominoes? 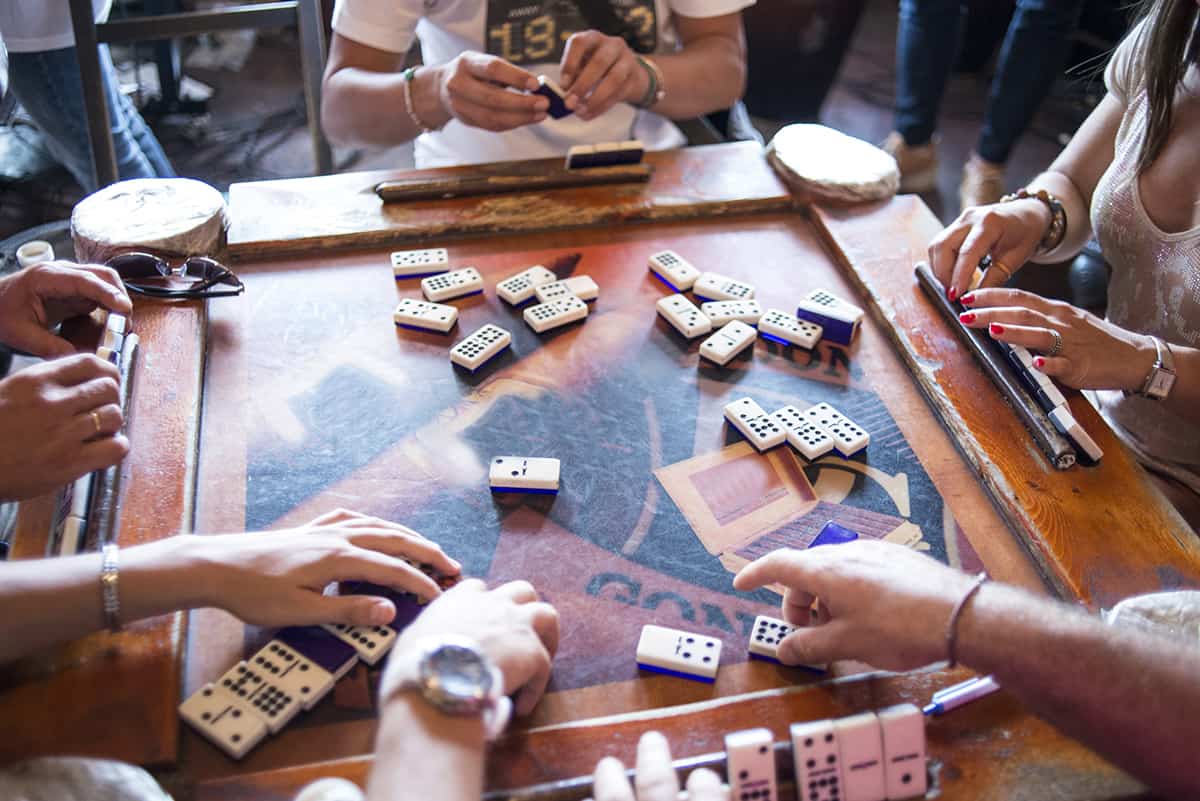 The rules of playing a standard game of dominoes are quite straightforward. The aim of the game is to get rid of all the tiles or cards in your hand before anyone else.

Before I go briefly into the rules of standard play, it’s important to know what the domino tiles are.

A standard game of dominoes will use double-6 tiles, consisting of 28 tiles in total. The domino tile numbers are denoted by the number of dots they have. Each tile has 2 separate numbers ranging from 0 to 6, which are as follows:

Note: All blank cells in the chart denote duplicates that are not included in a stock of double-6 dominoes.

Now, let’s quickly go over the rules of dominoes consisting of 4 players:

Of course, there is room for players to add different rules to their game of dominoes. For instance, the loser stands up during the following games until they win a hand. Some games even have each player draw 5 tiles each, leaving 8 tiles out of play.

There are specific rules for tournament play, which you can read on the World Championship Domino Tournament’s website.