Do you remember the days when you used to keep a handkerchief in your back pocket? Well, luckily, those days are gone; we can all take a plastic bag of tissues, so we don’t have to soil our pockets with mucus and other nose and mouth debris. But do you remember how large a handkerchief used to be?

The average handkerchief measures around 12 × 12 inches. However, women would carry around slightly smaller handkerchiefs that were 8-inch squares.

So, what happened to handkerchiefs? Do people still even use them? And how do you make a handkerchief with your 2 hands? I’ll address these answers and much more in the following sections.

There is no standardized handkerchief size. Since they are basically pieces of cloth, you could’ve made or bought a handkerchief of virtually any size. That said, most people would usually have a handkerchief on hand of a specific dimension.

Men used to walk around with 12-inch handkerchief squares in their back pockets, while women had a smaller, daintier handkerchief that measured 8 inches on all sides.

However, the more you look into handkerchiefs, the more measurements you’ll find. Some handkerchiefs were rectangular in shape—around 12 × 8 inches—which didn’t create huge bulges in the owner’s pocket.

What Happened to Handkerchiefs? 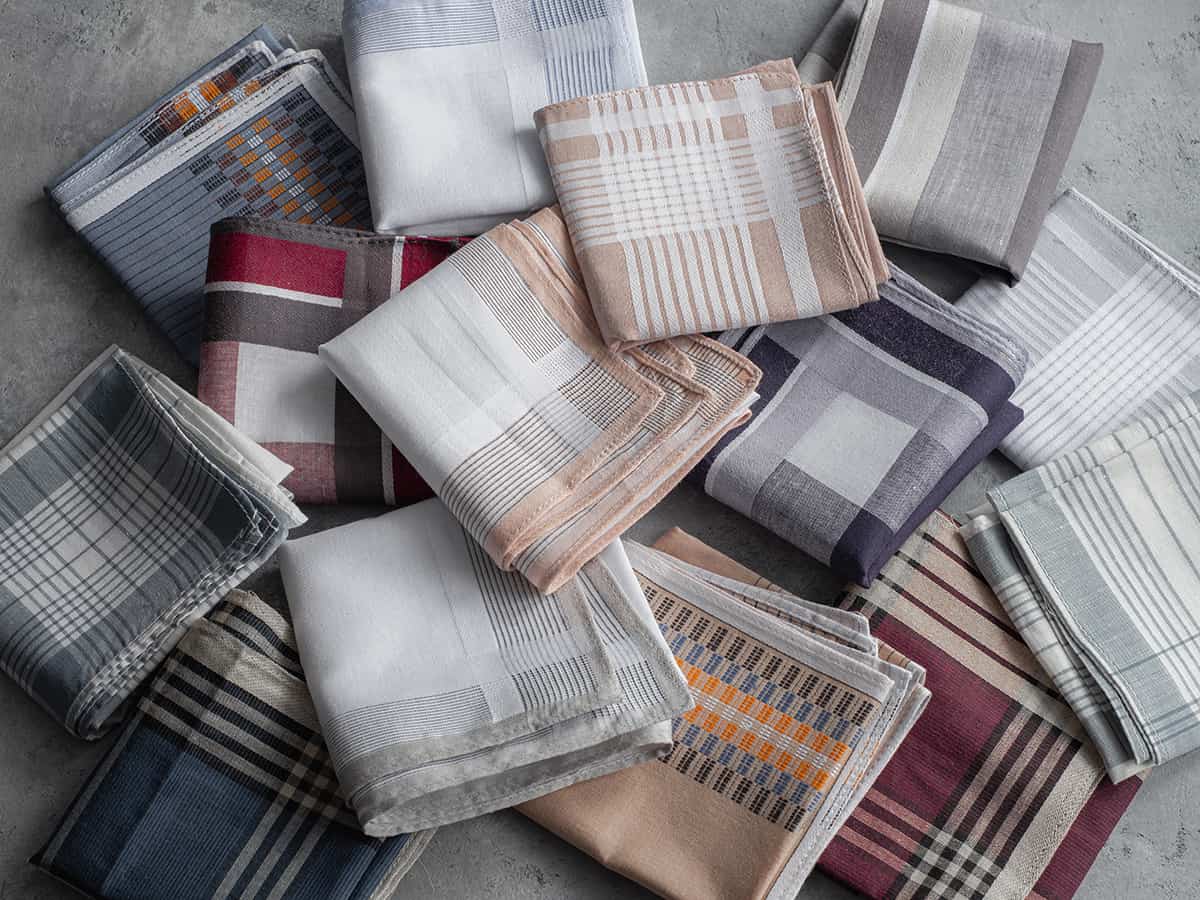 In this day and age, the handkerchief has gone the way of the dinosaurs in terms of using it to blow your nose. The 1980s saw the end of handkerchiefs and the rapid rise of disposable facial tissues.

However, it was really in the 1960s that the popularity of handkerchiefs began to dwindle. A few decades before that, people saw innovations in handkerchief technology—namely, using silk instead of regular fabric, placing handkerchiefs in the breast pocket instead of the back pocket, etc.

But when the popularity of suits with pocket chests began to rise, people had nowhere to show off their awesome-looking hankies. Instead, they would stay at home to collect dust.

Although handkerchiefs are pretty much gone, at least as a way to blow your nose, they still serve a hundred different purposes around the household.

What Are Handkerchiefs Used for?

A handkerchief’s sole purpose is to wipe off debris from any surface. Historically, people used them to blow their noses into, but mechanics might use them to remove motor oil from their fingers, and painters might use them as a means of keeping their soiled hands off the surface of their canvas.

So, while handkerchiefs aren’t and shouldn’t be your go-to piece of cloth to prevent nose particles from flying everywhere, you can use them for any cleaning task, like wiping dust off a table or drying the surface of your dishwasher.

How to Make a Handkerchief 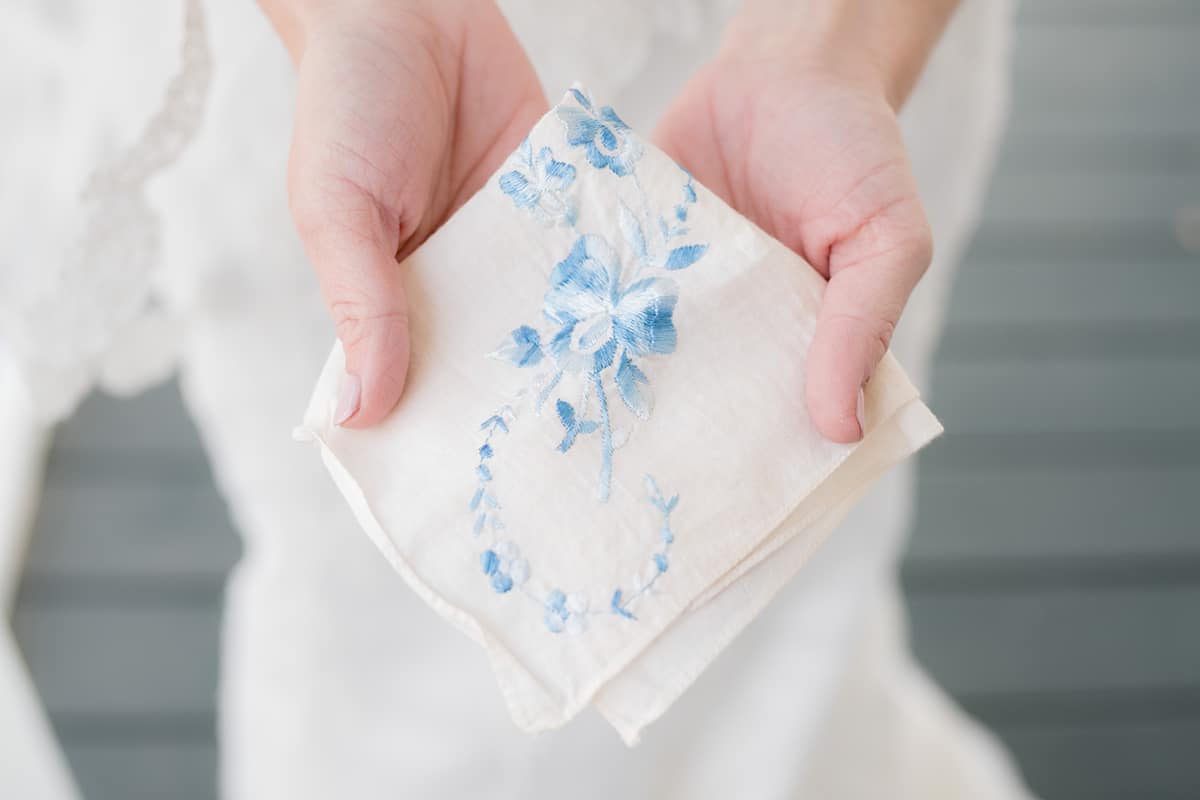 You might think that making a handkerchief is as simple as cutting out a square piece of fabric, and for the most part, you’d be correct. After all, handkerchiefs are simply pieces of fabric that are small enough to pocket.

However, if you want a handkerchief that won’t fray around the edges, here’s what you do.

Now, you’ll have a handkerchief with hemmed edges that won’t fray nearly as quickly.

How Often Should I Wash a Handkerchief?

That’s why some people recommend buying or making at least 7 different hankies. That way, you’ll have 1 hankie per day, and you reduce the risk of cross-contamination. However, if you go an entire day without using your hankie, you don’t have to toss it in the washing machine.

How Do I Clean a Handkerchief?

As for how you should go about cleaning a handkerchief, mix ¼ of a cup of Clorox Bleach with a gallon of water (1:64 parts, in case you were wondering). Submerge the hankies in the Clorox mix and let them sit for 3 to 5 minutes. Remove the handkerchiefs and rinse thoroughly before throwing them in a washing machine. Doing this prevents the risk of contaminating your delicates with your note debris.

With all that said, you should pay close attention to how to wash the material used in the handkerchief properly. For instance, you shouldn’t introduce Clorox Bleach to a silk handkerchief unless you like white or gray splotches all over your hankie.

What Material Should I Use to Make a Handkerchief? 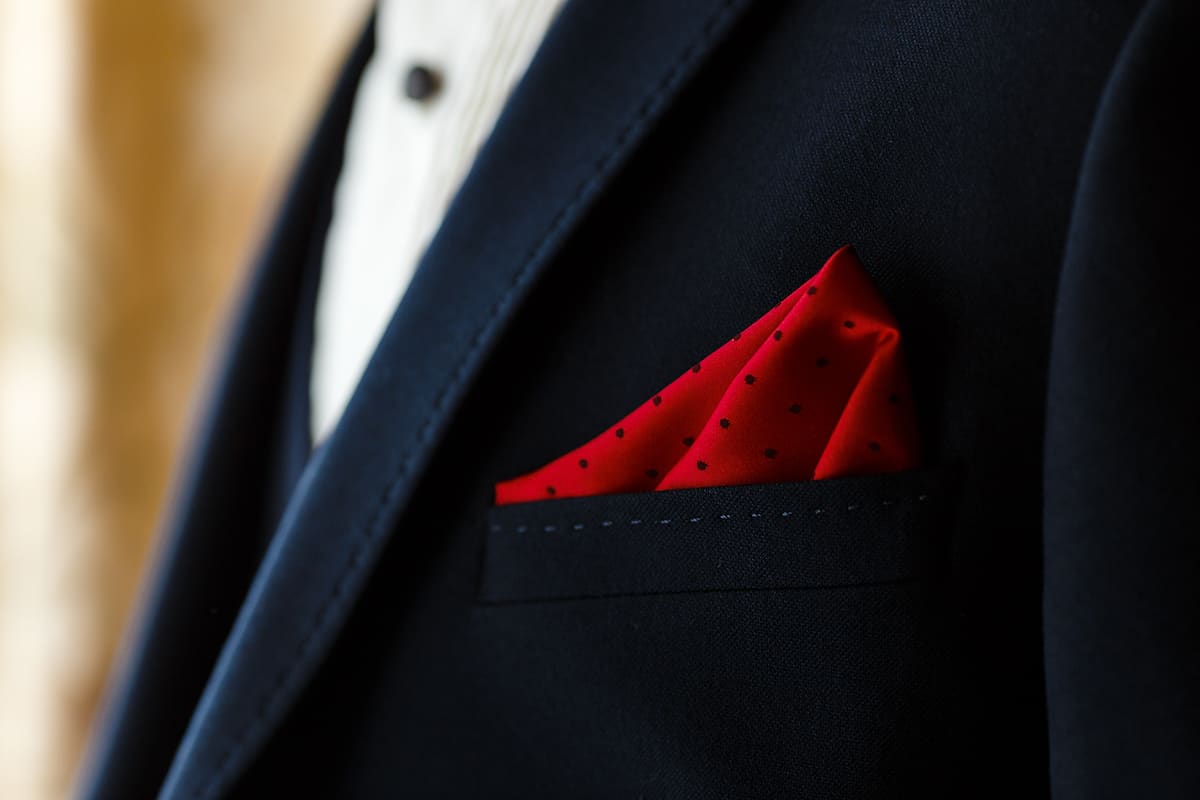 The 5 most commonly used materials for making handkerchiefs are cotton, cotton blend, silk, synthetic, and linen. As for the material you should use when making a hankie, that’s entirely up to you.

There’s really no reason why you should go out of your way to purchase new fat quarters unless you have an attachment to a certain material. Speaking of fat quarters, you might be able to squeeze 4 8 × 8-inch hankies from one.

What Is the Difference Between Handkerchiefs and Bandanas?

The only difference between handkerchiefs and bandanas is how you use them.

Bandanas are a piece of headwear that you use to block the sun from heating your head and hair. Handkerchiefs are for blowing your nose (usually).

However, there is also a difference in size. Bandanas will usually measure 22 to 27 inches on all sides, whereas handkerchiefs have to be small enough to fold and not create a large bulge in your pocket.