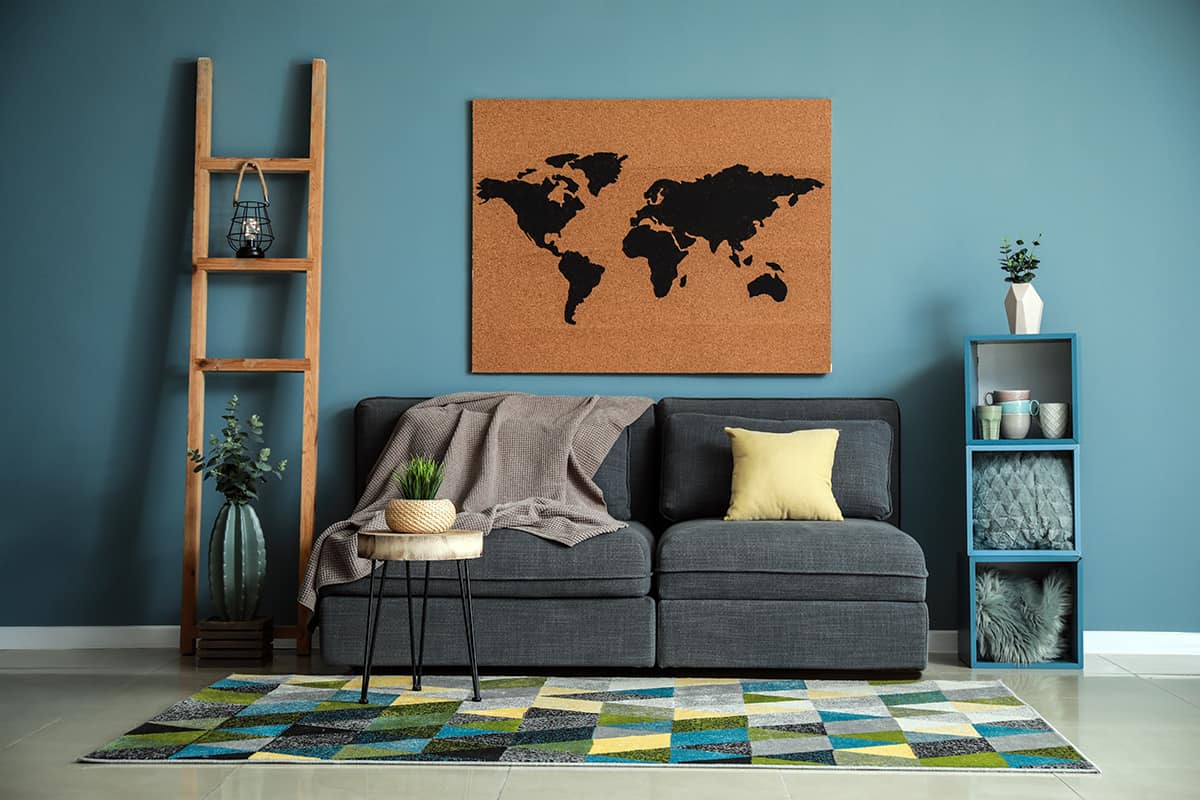 With Google or Apple Maps on our phones, we very rarely have to resort to using a map when traveling long distances. However, if you want to get a wall map for your bedroom or cubicle, the digitized map on your smartphone won’t be of much help. So, what sizes do maps come in?

The typical size of a map will measure around 36 × 24 inches. However, maps generally range in size from 17 × 11 inches to 70 × 56 inches. Some suppliers even sell maps measuring between 2 and 40 square feet.

In today’s guide, I’ll speak in more detail about various map sizes and when they’ll come in use. I’ll also explain why maps, though incredibly helpful, aren’t always reliable.

As you can imagine, there is no limit to how small or large a map can be. You can even download a map of the world and print it on an index card if you want. However, you should be mindful about how much detail you want on your map since the size of the print will determine what parts of the city, state, country, or globe show up.

There’s a huge range in size for wall maps. The smallest wall you’ll most often come across will measure around 17 × 11 inches. The standard size for maps is 36 × 24 inches,

However, globe takes up l

However, if you don’t want to hold any punches back, you can go all-out and get a 40-square-foot map, which would take up an entire wall.

Below, I’ll provide a table that describes common map sizes and what they display.

As for maps sold by the square foot, such as those you can get from Outlook Maps, then the size range is as follows:

Note: All map sizes display the entire world in varying degrees of detail.

You can also learn about the globe dimensions in our article ‘what is the standard globe size?‘

What Map Size Do I Need? 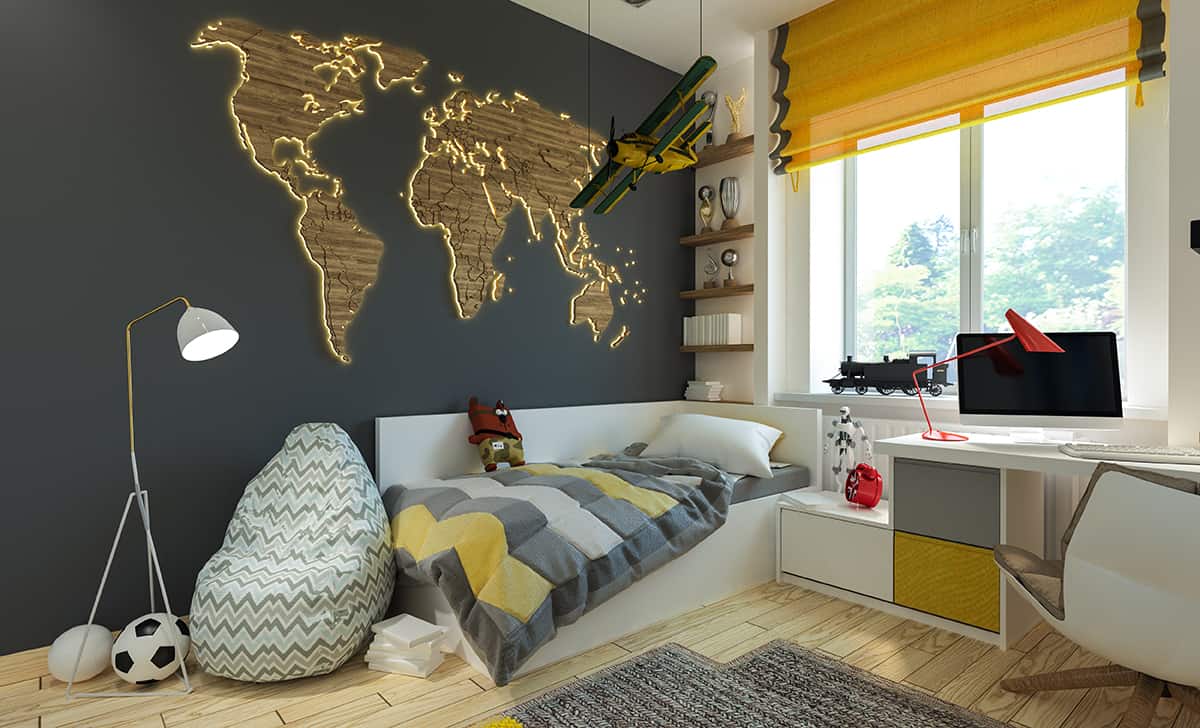 If you’re thinking about getting a wall map for your home or office, you should determine the following:

The most important thing you need to figure out is how much space you have on your walls. After all, if you only have about 2 square feet of space (32 × 18 inches), then there’s no way your walls can support regular to large-sized maps. Even though you can fold a wall map to continue to an adjacent wall, doing so might hide some of the map’s details permanently in the creases.

If you plan on using the map for research or as a geographic reference, then you should choose a large-sized map of at least 48 × 36 inches. The larger the map, the more details it will show, and the more accurate your research becomes.

Some suppliers offer various framing options for their maps. The frame doesn’t just add a pretty contrast to your map, but it also prevents you from folding the map over. So, if you plan on taking the map with you, you might want to skip framed maps altogether.

Again, the larger the map, the more detail it comes with. However, you might not want a map of the entire world; perhaps you’re looking for a map of your city, state, or country. So, apart from deciding how large or small of a map to get, you should also ask the seller about how detailed the map of your town can be when printed on specific sheet sizes.

The Inaccuracy of Maps 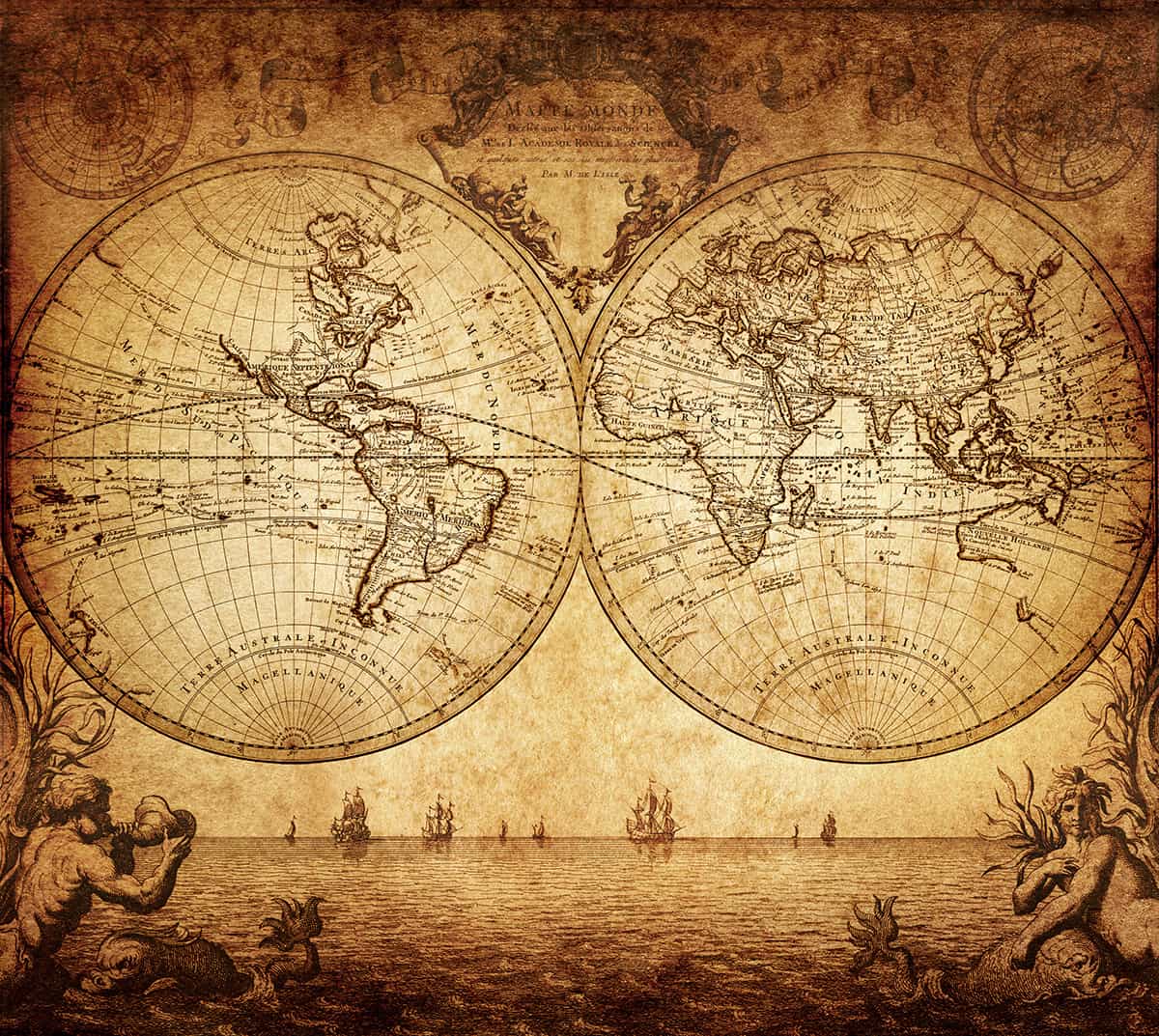 The problem with world maps is that they are attempting to describe a 3D environment on a 2D sheet of paper. One example of this is how most maps show Greenland to be nearly identical in size to Africa, when, in fact, Africa’s land mass is 14 times greater.

Another common example is how flat maps represent Alaska as being a US state that’s several times larger than Mexico, even though Mexico is 1.3 times greater.

Basically, the farther north or south you go, the more stretched the countries will appear. That is why Mexico, which is situated at the equator of our planet, appears smaller than Alaska, which is right up there with Russia and Greenland.

Now, what does this mean for your wall map? Should you forego getting a wall map and opt for a globe instead? Not necessarily.

Specialty wall maps are decorative pieces that add flair to a room or office. They’re designed to be a conversation starter, not an accurate portrayal of our world. That said, if you plan on using a map for research purposes, you should stick to a localized map—i.e., one that displays a smaller portion of the world. That way, the distance and size proportions will be truer to life. 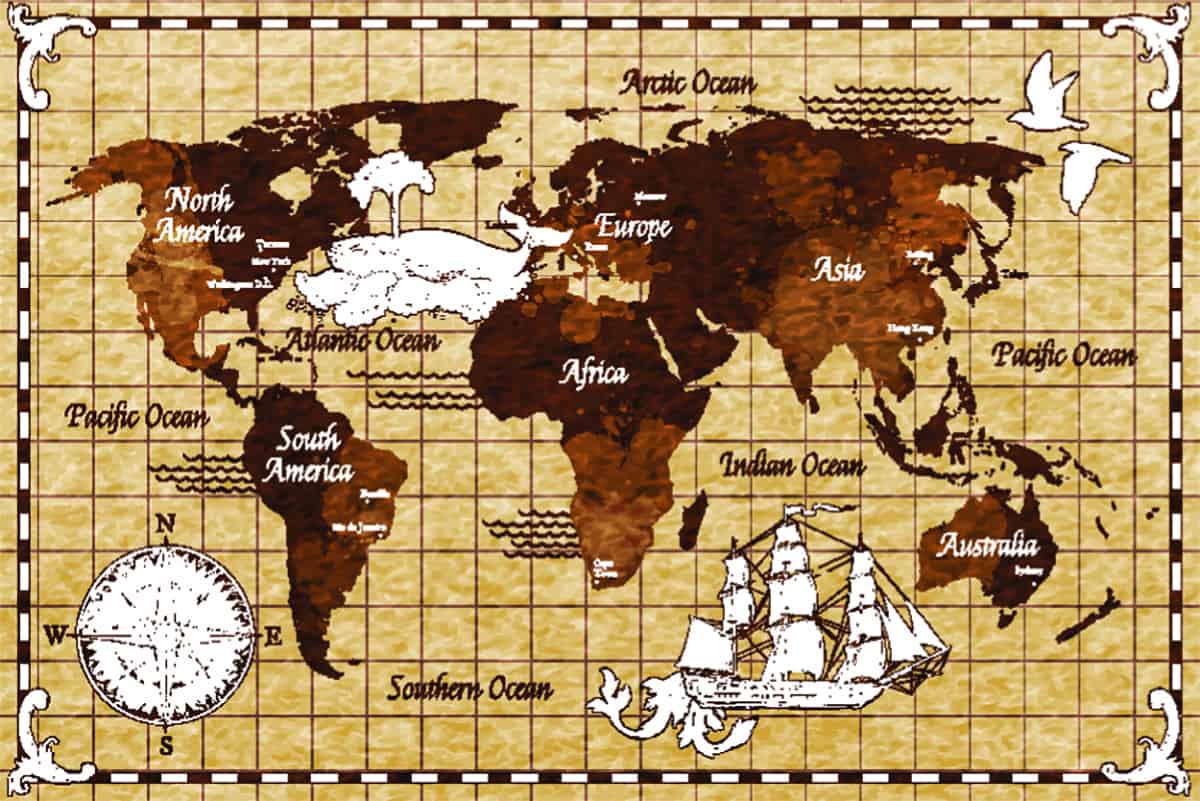 Even though wall maps typically show the geographic location of countries, continents, and major cities, that’s not the only thing they’re good for. Here’s a quick overview of the various map types you can get your hands on.

World Maps—These maps display the entire world in varying degrees of detail depending on the size of the map.

City Maps—These maps show individual cities in great detail. Some of them might even display the locations of large suburbs.

State Maps—Countries like the US, Australia, Brazil, and Canada will have maps showing individual states. Other countries might have province maps instead.

Continent Maps—All seven continents are color-coded. This map will not show individual countries or capitals.

Stylized Maps—These include but are not limited to topography, political rule, and climate.