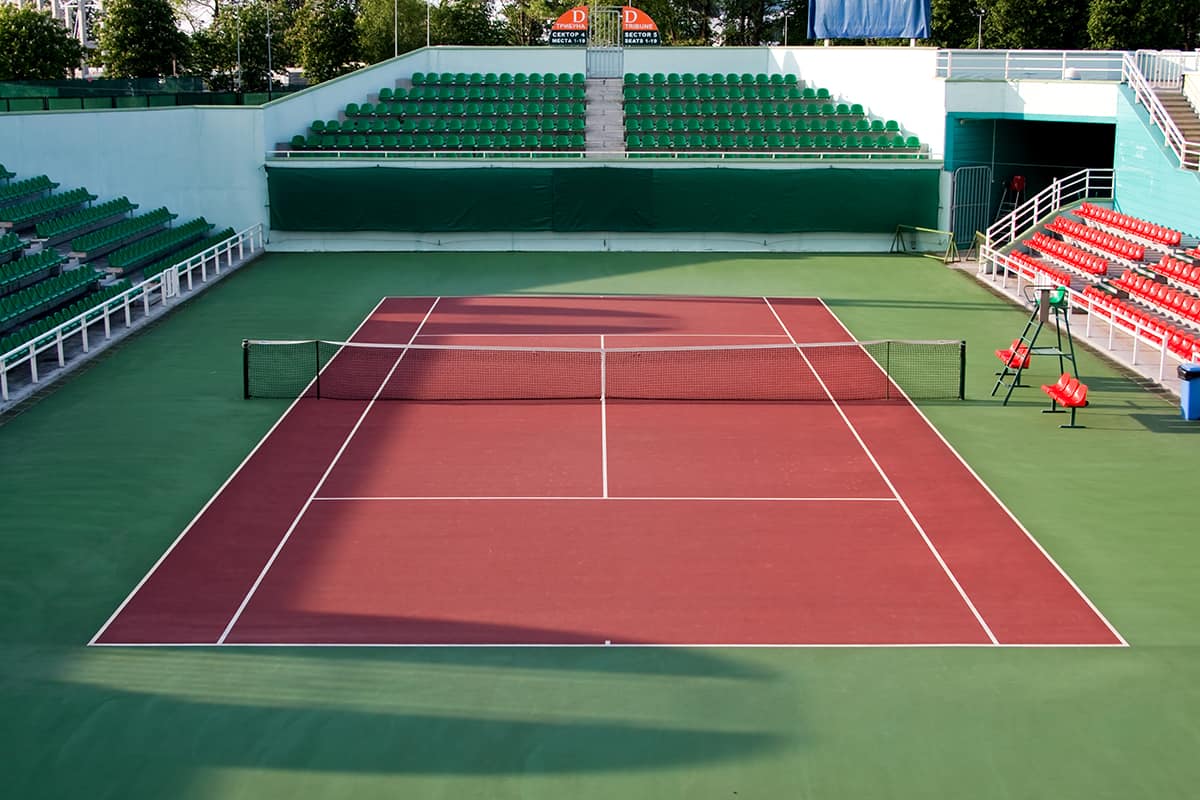 For those that aren’t very familiar with tennis, it’s probably a good idea to understand the basics of the game. One place you should start is by knowing the dimensions of a tennis court. So, how long and wide is a tennis court?

A full tennis court, which is used for doubles matches, measures 36 feet wide and 78 feet long. In singles matches, the width is reduced to 27 feet. The markings on a tennis court are used as guides for serving and receiving the ball, as well as determining in and out balls.

However, there’s a lot more to tennis courts than just their dimensions. In this guide, I’ll briefly explain the history of tennis, as well as describe the dimensions and specifications of a regulation tennis court.

The History of Tennis 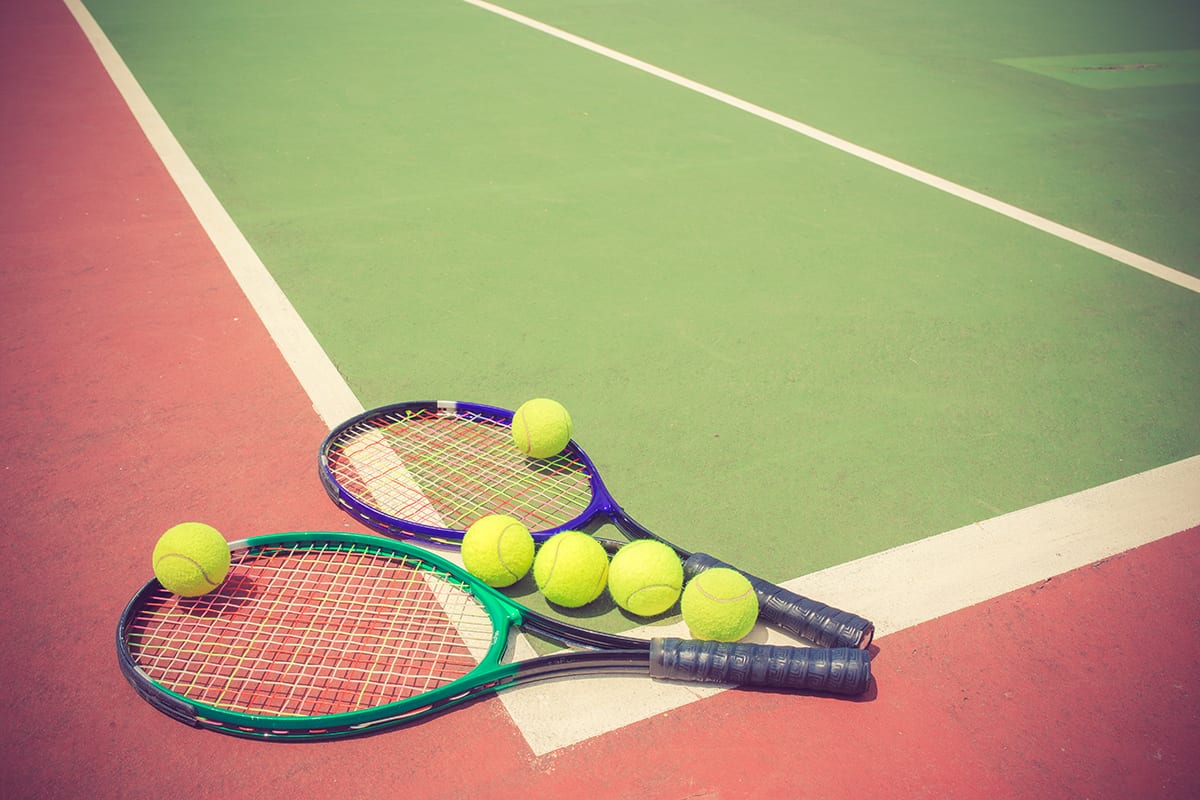 Tennis wasn’t always the fancy-schmancy game that it is today. Back in 12th-century France, players used their palms to hit a ball over a net. The game was initially called jeu de paume, which translates to “game of palm.” But all of that would change in the 1400s when players would wear gloves to hit the ball instead of using their bare palms. The glove was eventually swapped out for a racket in the 16th century, which is the origin of what tennis is today.

However, there is another version of tennis called real tennis, which was developed in the early stages of modern-day lawn tennis. The game uses cork-based balls instead of felt-coated balls. The sport is still played today, but it’s nowhere near as popular as lawn tennis.

Fast-forward another 300 years or so, and a similar version of modern-day lawn tennis was born. Tennis was initially played exclusively by noblemen. Today, there are 4 major tournaments—Wimbledon (1877), the US Open (1881), the French Open (1891), and the Australian Open (1905). In order, these tournaments are currently on their 135th, 141st, 126th, and 110th editions or seasons.

There are over 3,800 people who play tennis professionally, but people mainly know the wealthiest since their faces are plastered on billboards all over the world.

What Are the Tennis Court Sizes? 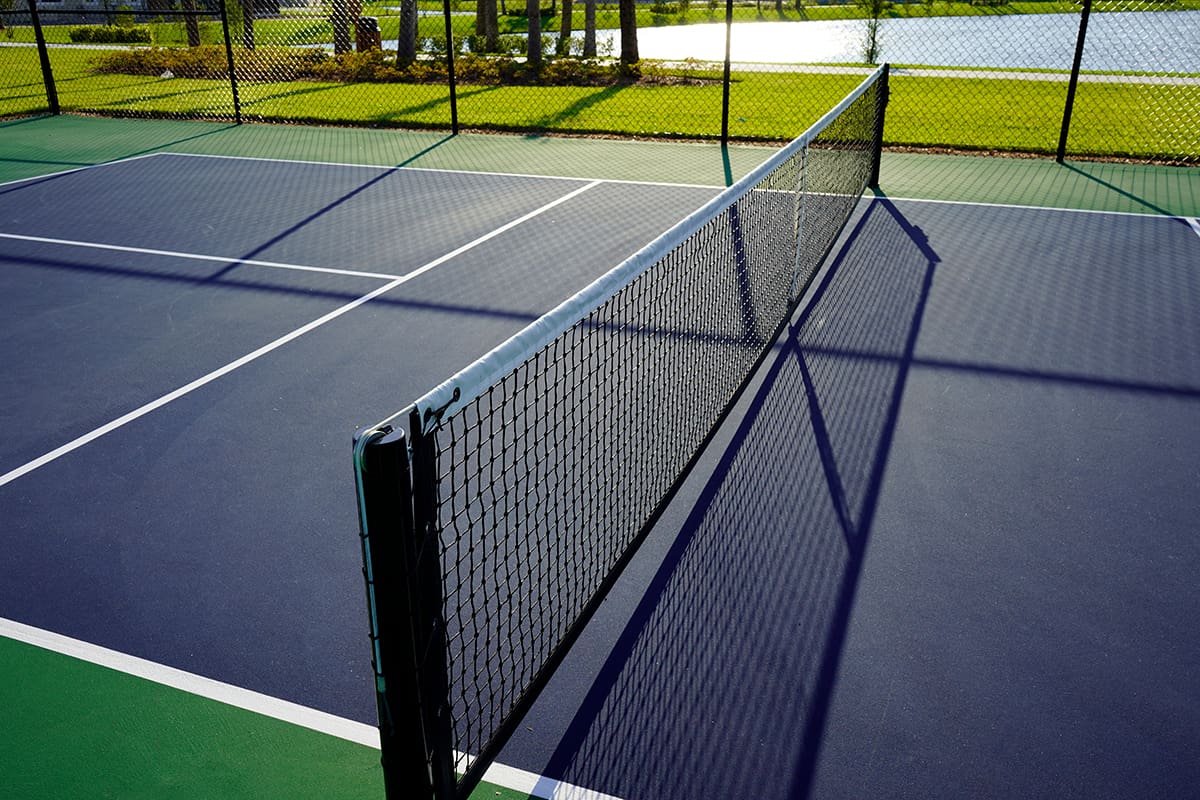 A regulation tennis court will measure 36 feet wide and 78 feet long. The measurements of the playing field, which is the area of the court used to determine whether a ball is live or not, will differ depending on how many people are playing at once.

A doubles match, which consists of 2 players per team, will utilize the entire 36 × 78-foot court. Singles matches, which is a head-to-head match between 2 opposing players, will be slightly narrower, measuring 27 feet wide and 78 feet long. Singles matches will be held on full-sized (36 × 78-foot) courts, but the inner sidelines will be used instead of the perimeter sidelines. 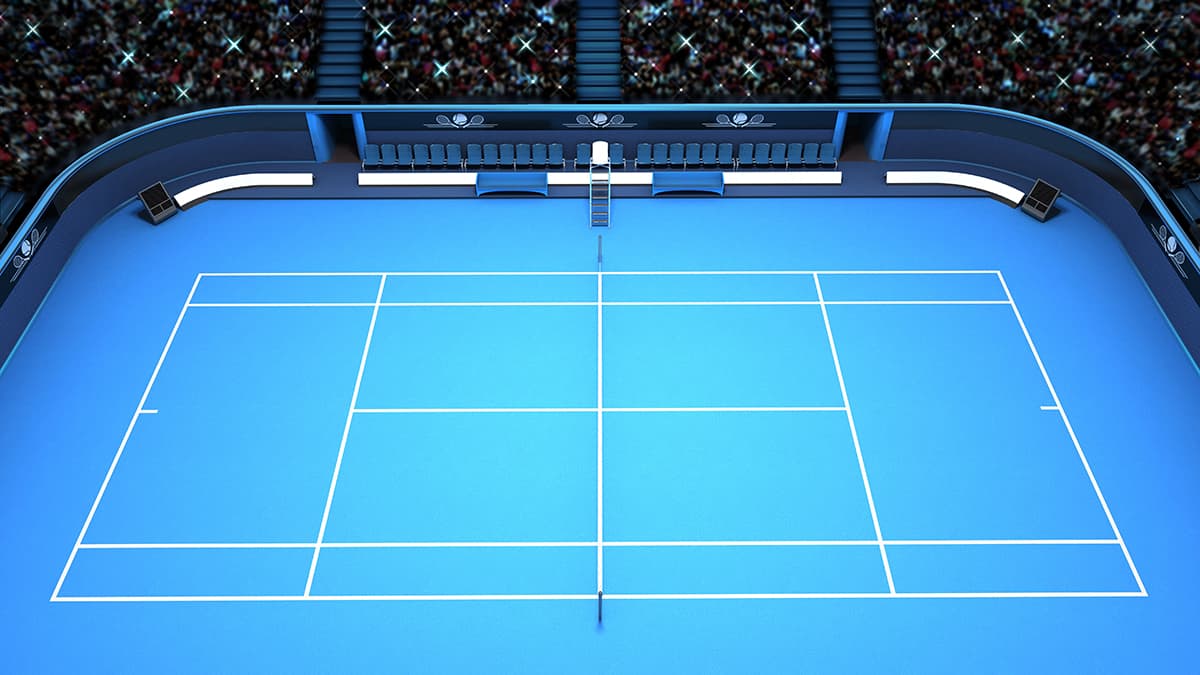 There’s quite a lot to cover here, so let’s kick things off with the basics—the markings on a tennis court.

Perimeter—The perimeter of a tennis court is made by drawing two 36-foot-long baselines and two 78-foot-long sidelines. The perimeter is the same as the entire playing field for doubles matches.

Baselines—The baselines are the 36-foot-long lines that players stand behind when serving and receiving the ball. It is only 27 feet long in singles matches.

Sidelines—The sidelines are the 78-foot-long lines that connect the baselines to create a rectangular perimeter.

Singles Sideline—The single sidelines are the 2 78-foot-long lines that denote the sideline perimeter of a singles tennis match. These lines are found 4.5 feet from the original sidelines toward the center of the court.

Doubles Tramline—The doubles tramline is the rectangular box created by the perimeter sidelines, the baselines, and the singles sidelines. The rectangle measures 4.5 × 78 feet and is used only in doubles matches.

Net—The net is found in the middle of the tennis court. The net is 3.5 feet tall at the posts and dips to 3 feet toward the middle. It measures 3 feet high and 42 feet wide, so it extends beyond the perimeter sidelines by 3 feet in both directions.

Baseline Center Mark—This is the 4-inch line that is found in the middle of the baselines. The mark is used to determine how far the serving player can stand to the side when serving the ball to the box diagonal from them.

Note: All lines on tennis courts are 2 inches thick.