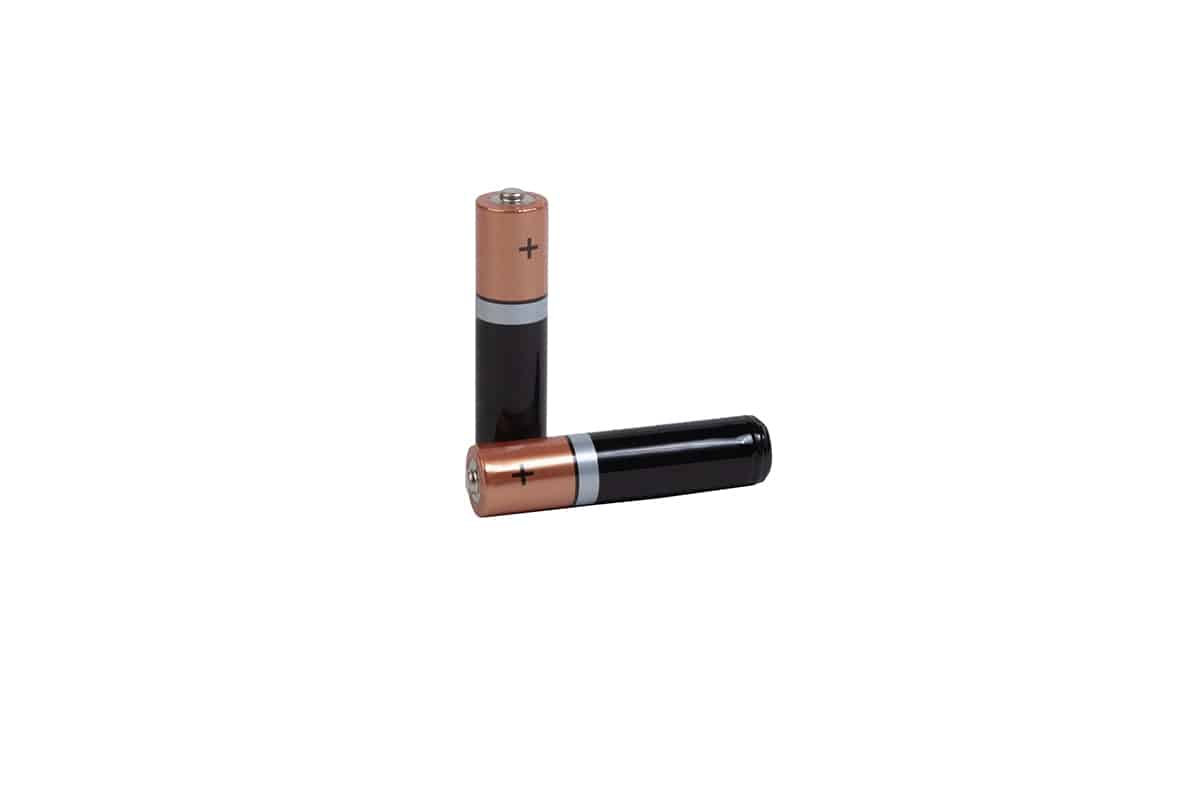 Feeling 20 grams in the palm of your hand can be difficult to differentiate from something that weighs 10 grams or 30 grams. This is why it’s a good idea to use everyday objects as references for weighing something as light as 20 grams.

In today’s guide, I’m going to show you 8 common objects that you can use as references for knowing what 20 grams feels like. 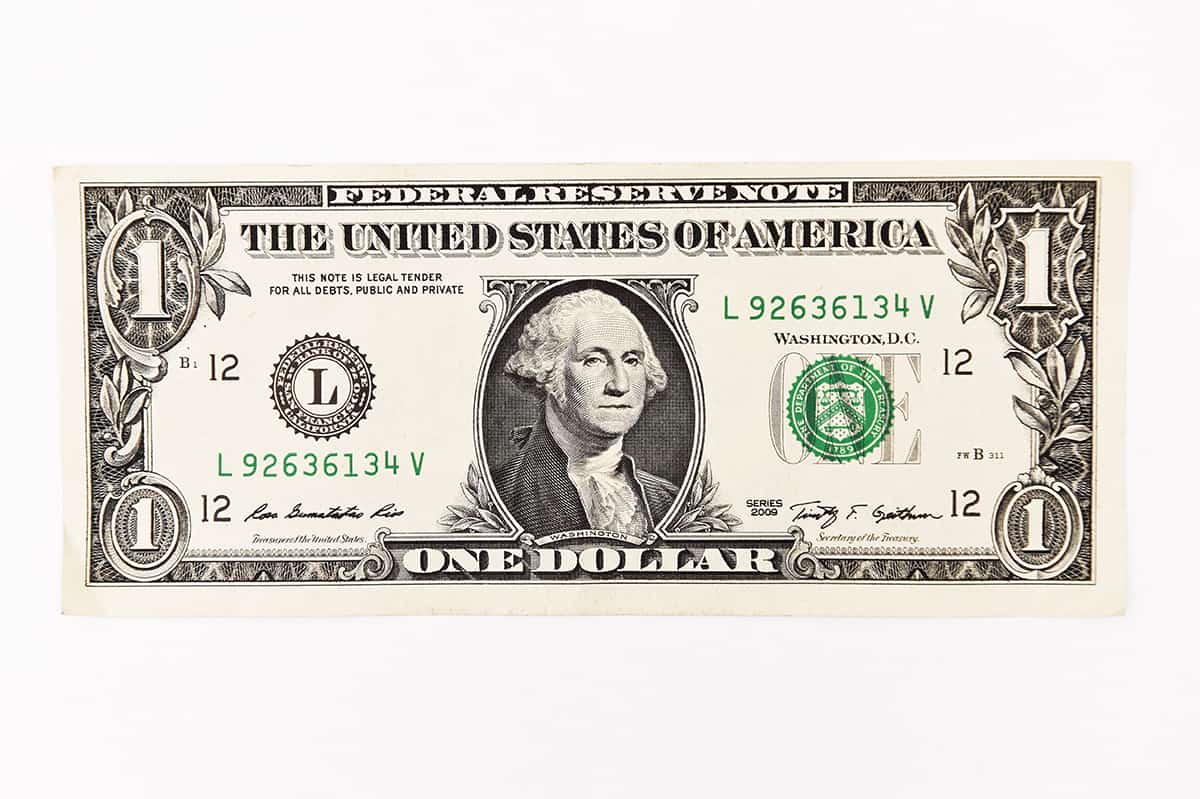 United States dollars feel pretty light, but do you know how much they weigh? A single bill weighs exactly 1 gram. So, to get to 20 grams, all you need to do is imagine that you’re holding onto a 20-bill stack of single dollar bills.

So, you would need the following number of coins to get to 20 grams:

Of course, the condition of the coin will affect its weight, as will the year the coin was minted. For instance, a silver quarter dated from 1796 to 1964 will weigh 6.25 grams and can sell for between $3 and $5.

4 Sheets of A4 Paper 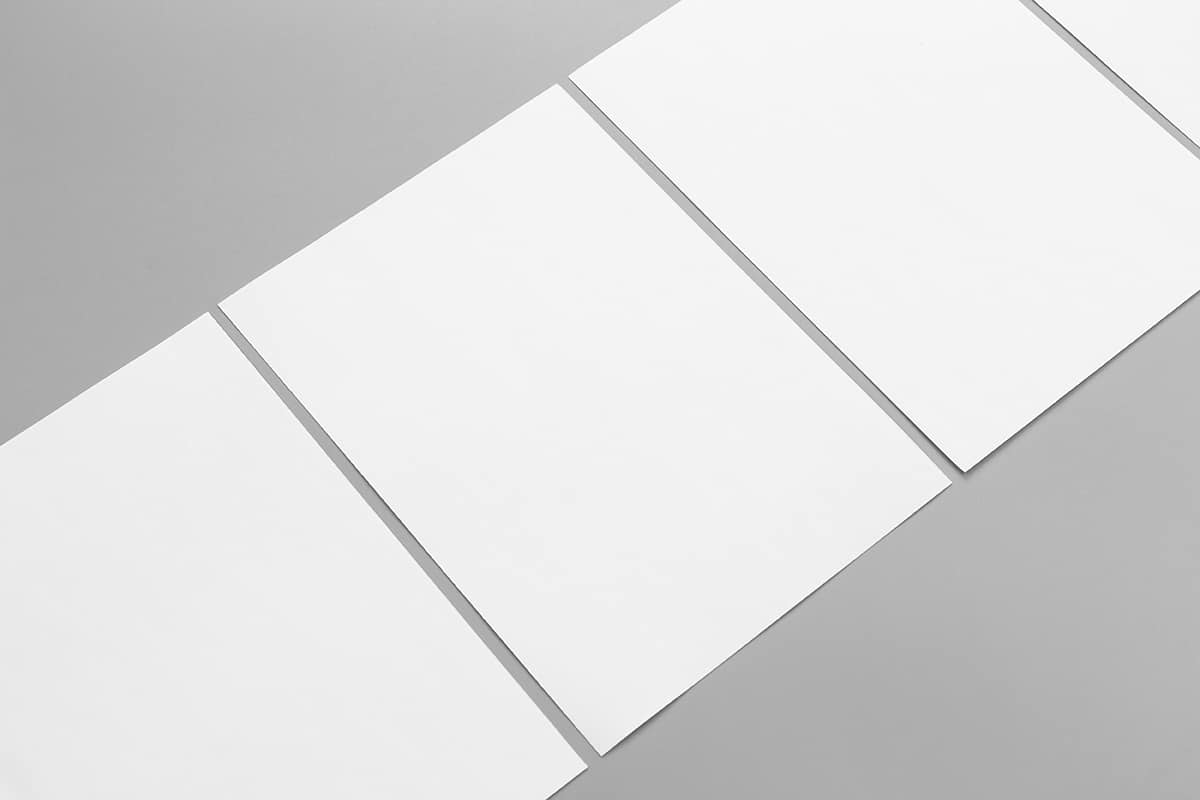 The average kind of paper used at offices is A4 paper. Its exact dimensions are 8.3 × 11.7 inches, and a single sheet will weigh just about 5 grams. That means to get a feel of 20 grams, you’d need to collect 4 sheets of unused A4 paper.

If all you have is construction paper—the kind of paper used by kids for arts and crafts projects—a package containing 240 sheets weighs 5 pounds. So, a single sheet would weigh 0.0208 pounds, making it about 9.4 grams each. In construction paper terms, it would require 2 of them to get to 20 grams. 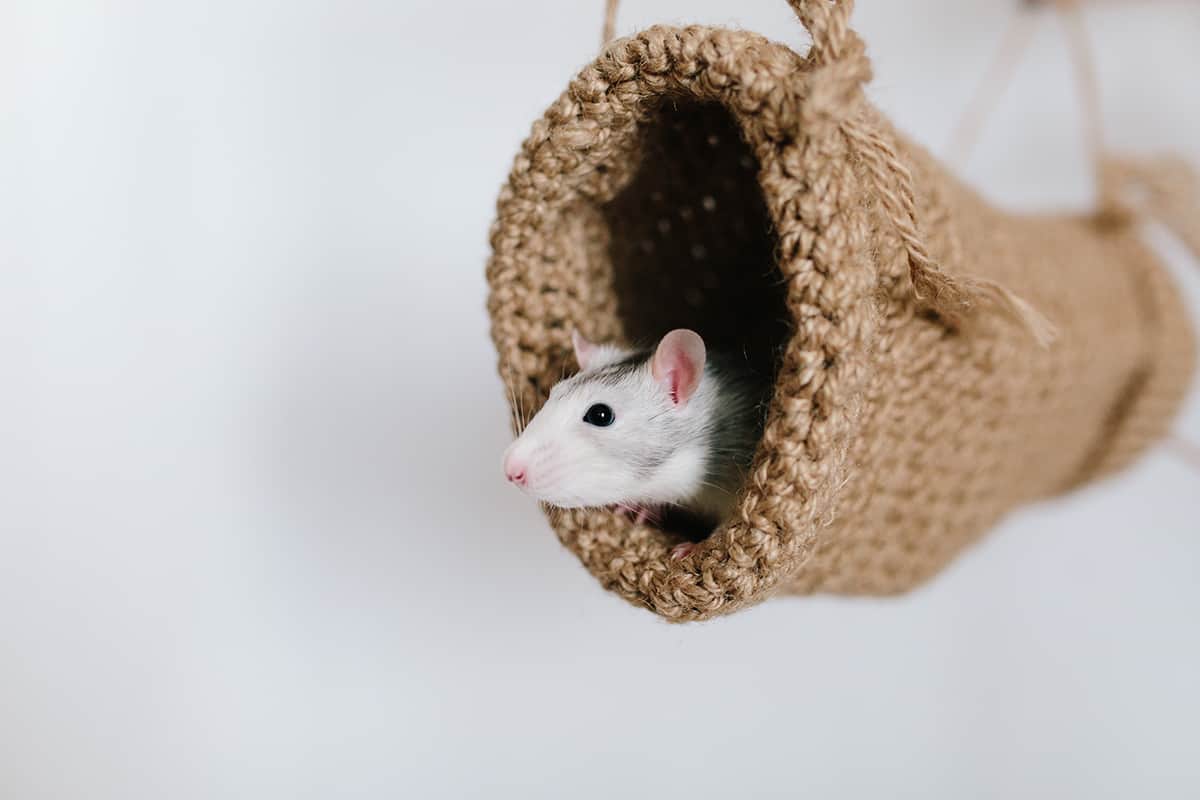 Did you know that there are about 1,100 species of mice on the planet? The kinds of mice you can pick up at a pet store are known as Agouti mice, and they typically weigh about 14-20 grams each. If you fill their bellies up with pellets, you can probably get it to weigh over 20 grams.

As for lab rats, which are bred specifically for lab projects, they will usually weigh about 40 to 45 grams. So, if you have a macabre sense of imagination, half a lab mouse would approximately get you to 20 grams.

One Empty Soda Can 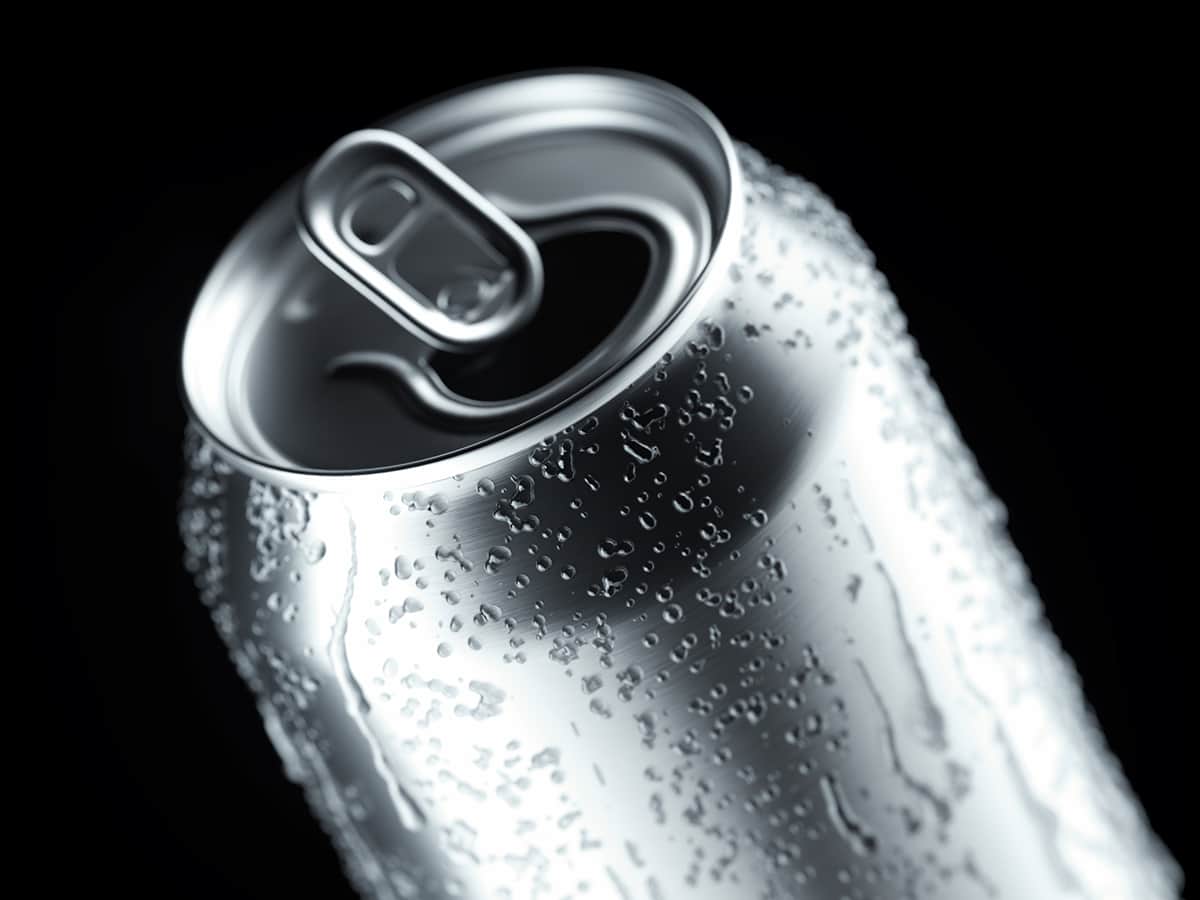 You may already know that a 12-fluid-ounce can of soda weighs around 370 grams, but how much does the can actually weigh? On average, an empty can weighs 14.5 to 18.2 grams, which is pretty close to the 20-gram figure we’re trying to get a feel for.

Another way you can estimate 20 grams is by lifting an empty 2-liter soft drink bottle. On average, it weighs about 40-42 grams, so half its weight will get you to roughly 20 grams. Alternatively, 10 soda bottle lids will get you to 22 grams (2.2 grams each). 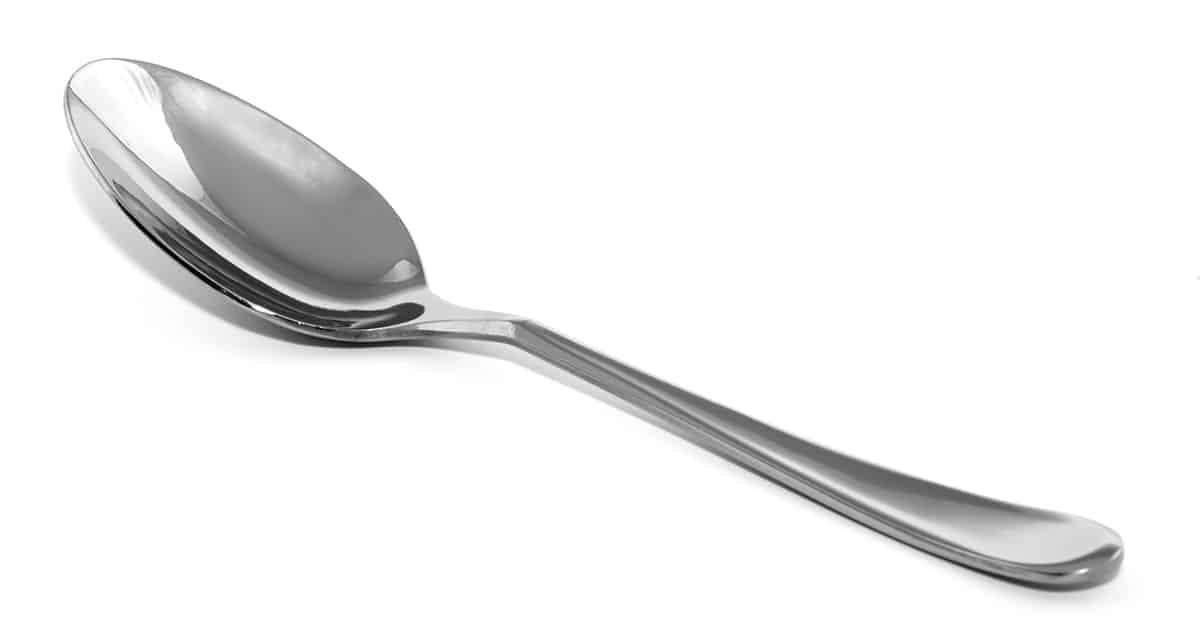 The weight of a teaspoon for eating or mixing sugar into coffee or tea will depend on the material. For instance, a wooden teaspoon can weigh as much as 97 grams. Traditionally, a metal teaspoon weighs between 22 and 28 grams, giving an average of about 25 grams. 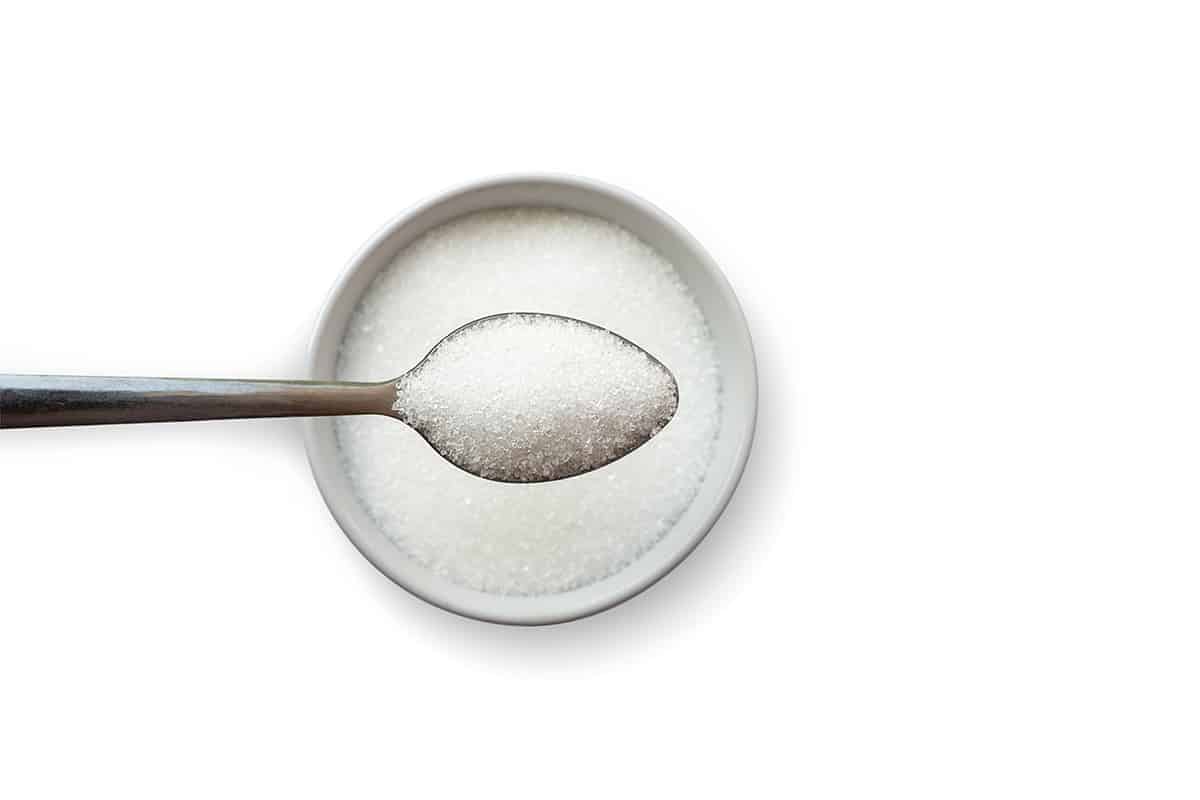 When measuring sugar, you will want to use a measuring teaspoon as opposed to one for eating for the reason mentioned earlier. If you were to take a teaspoon of sugar and level it off, the sugar would measure approximately 5 grams. To get to 20 grams, you will need to scoop out and level 4 teaspoons of sugar.

When it comes to measuring other ingredients like flour or salt for baking, it is better to measure by weight than by volume. Measuring ingredients by weight will allow you to stay truer to the recipe since you do not have to level off your measuring utensil before mixing ingredients. 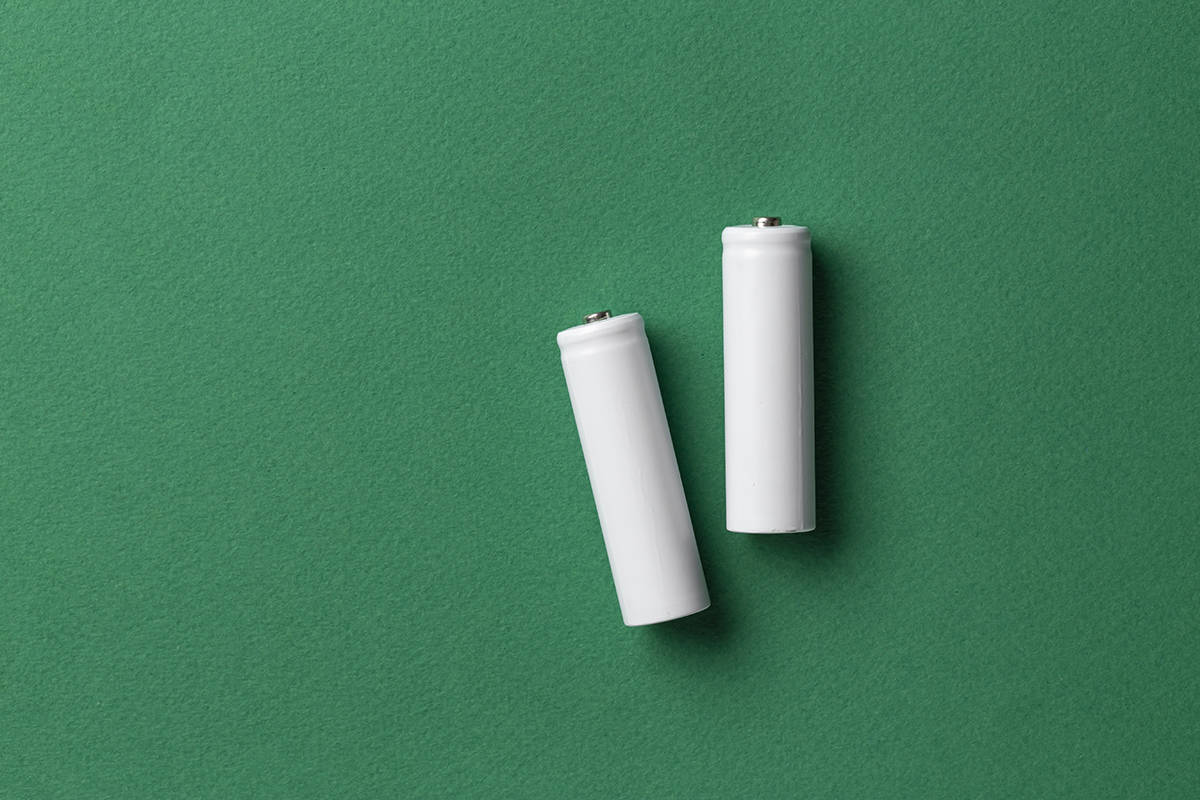 Different battery sizes and classifications will have different weights. For instance, an alkaline AAA battery will have a weight of around 11.5 grams (2 of them will get you to about 20 grams), whereas a rechargeable NiMH AAA will weigh roughly 14-15 grams. On the other hand, lithium AAA batteries weigh the least at about 7.6 grams each.

The total weight of a battery, including that in your phone, will depend on how much power it currently has. A dead or empty battery will weigh less than a fully charged battery, though the difference may only be a fraction of a gram.

And there you have it, boys and girls. Since 20 grams is as light as a feather (not literally), it can be hard to get a feel for unless you use the 8 common objects and their quantities that I listed above.

If you found this list helpful, I’d love it if you could share it with your friends and family. Also, please feel free to add to this list down in the comments section.