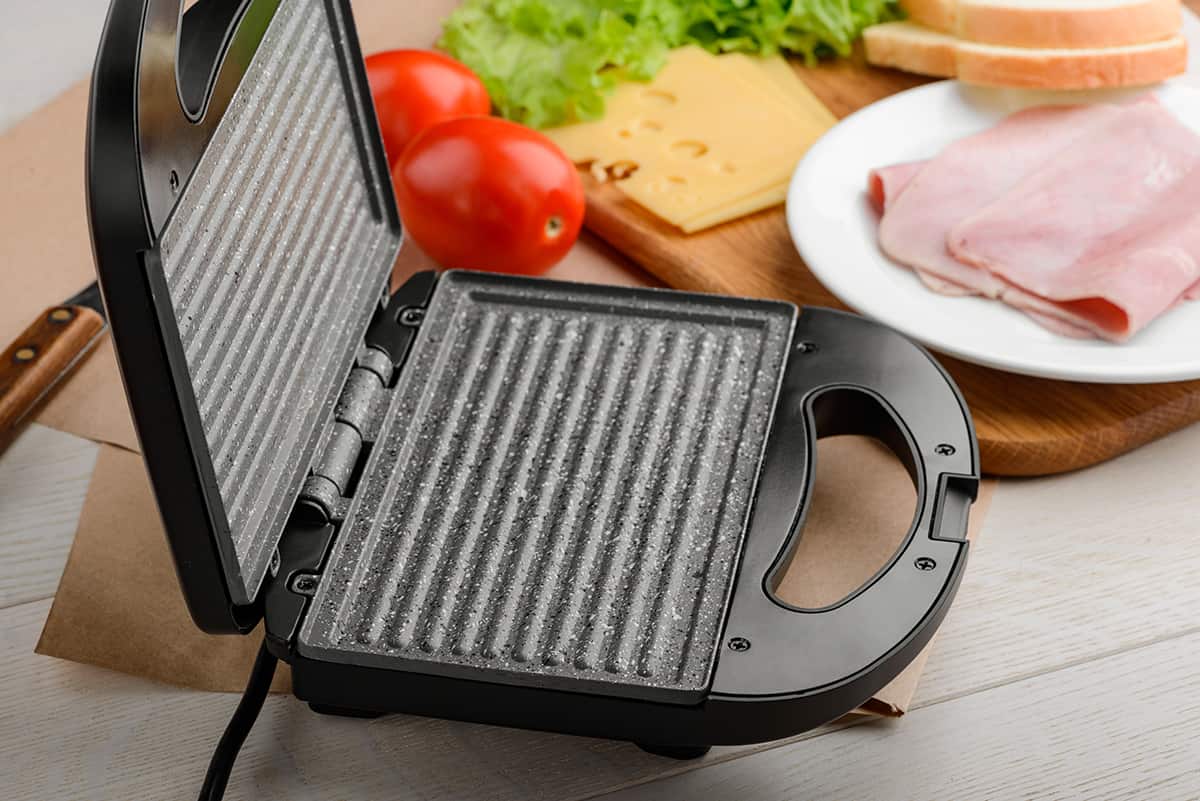 Guessing how much three pounds weighs without a reference can be a challenge. This is why I would like to share with you nine objects that are close to or exactly three pounds.

So, let’s get started. 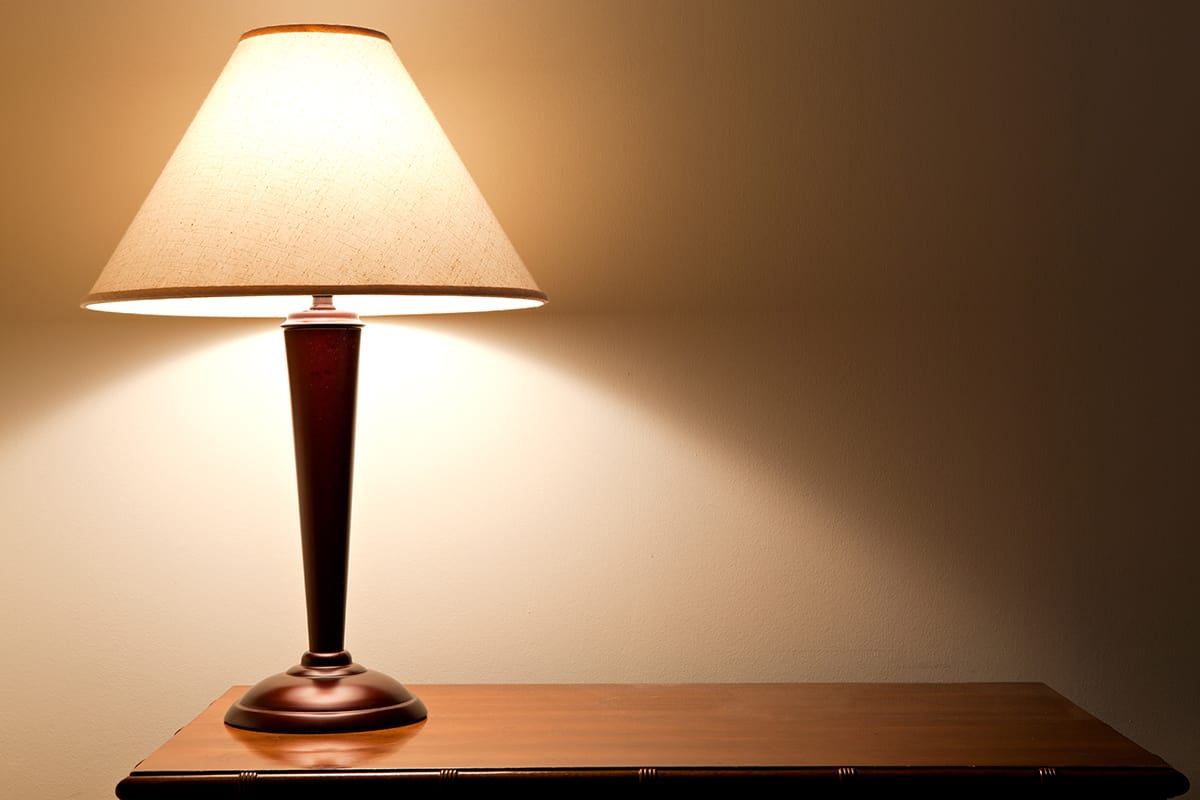 Table lamps come in a wide assortment of shapes, sizes, and heights. On average, a table lamp that you can purchase at IKEA or even Amazon will weigh around three pounds.

You will have to take into account the weight of the shade and light bulb, which may add a few ounces to the overall weight. However, a few ounces won’t hurt in the grand scheme of things, especially if you’re only trying to get close to three pounds. 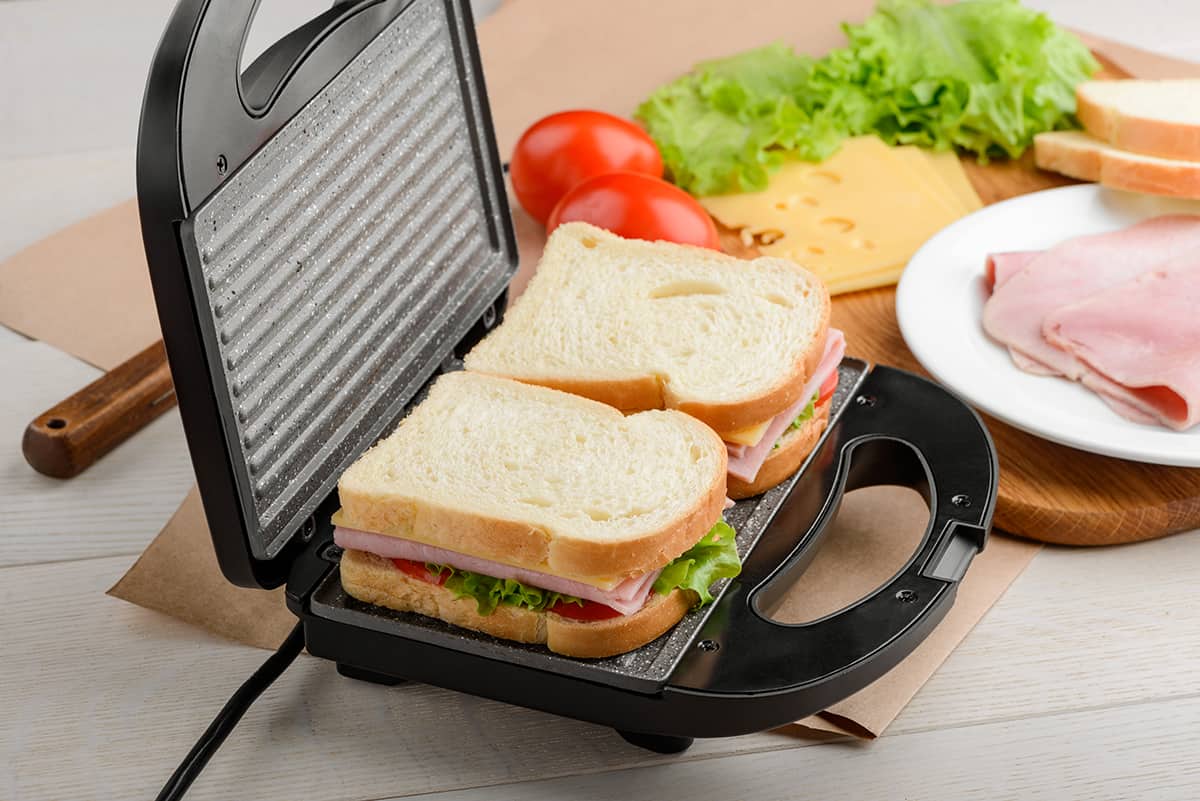 Sandwich makers have many names. You might know them as panini presses or even a Cubano press. It is essentially a household appliance with two stainless steel griddles that heat up and compact your sandwich into a hot, crispy, gooey meal.

Different sandwich maker manufacturers will have different models that vary in size and weight. If you find a sandwich press on the smaller side, it should weigh between 2.5 and 3 pounds. Medium-sized sandwich presses can weigh over five pounds.

So, if you want to use a small sandwich maker as your reference, make sure you scrape any food remnants off of the nonstick griddles. Oh, and use a wooden fork to do that, please. 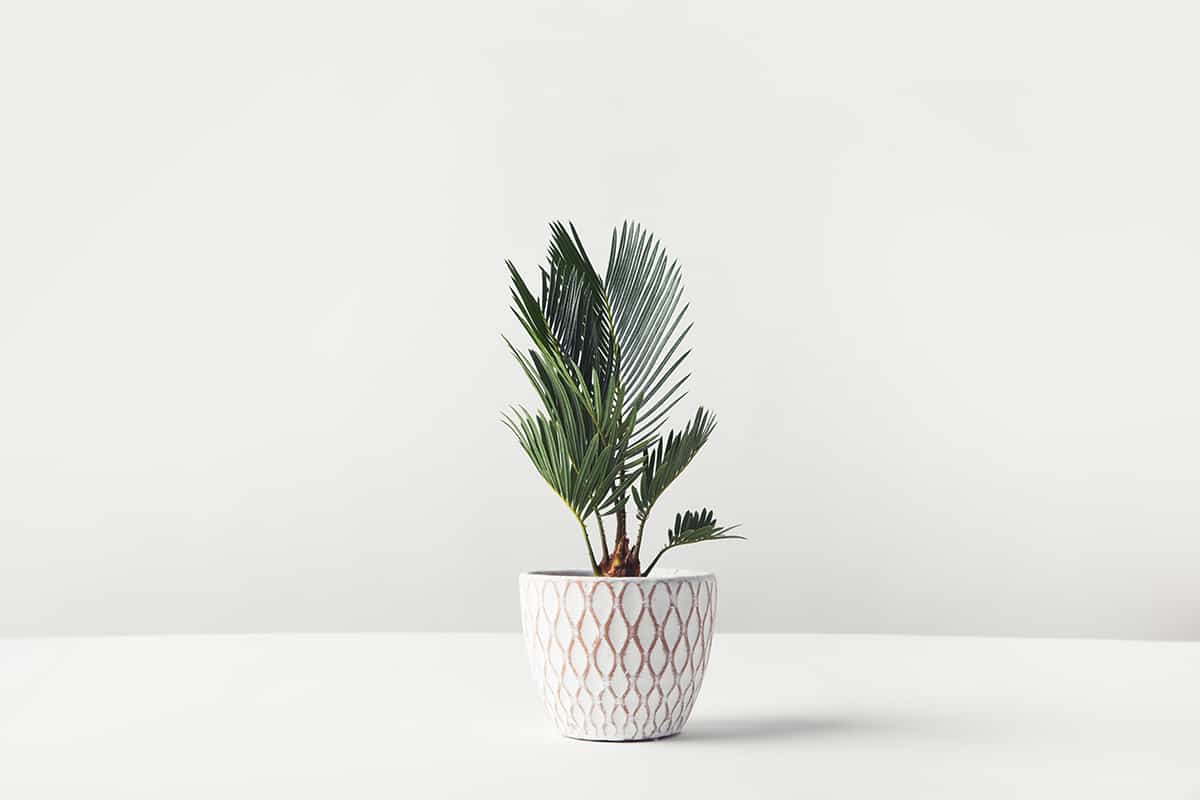 Believe it or not, there are actual health benefits you can reap if you fill your home with indoor plants. One of these benefits is reducing psychological stress. It might have something to do with a greater supply of oxygen in an enclosed space.

Anyway, the weight of a potted plant will depend on how much soil is in the pot and how large the plant is. On average, a small potted house plant that you can place by your table when working will generally weigh between 2.5 to 3.5 pounds. 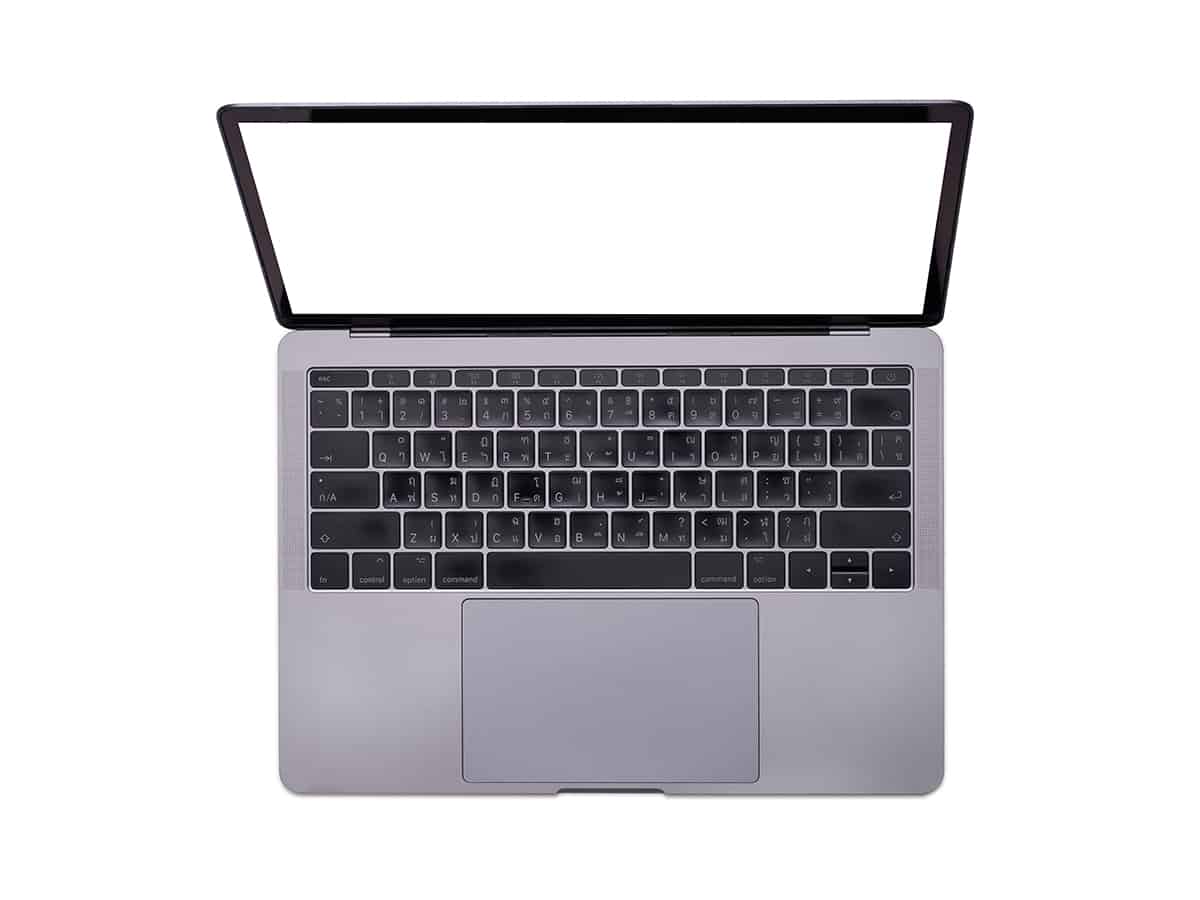 There are some items people can’t live without, and laptop computers are one of them. Laptops have a-million-and-one different uses, both our professional and personal lives.

Did you know the first laptop ever made, the Osbourne 1, weighed a staggering 23.5 pounds?! Thankfully, we don’t have to deal with such bulky portable computers any longer.

A modern 13 and 4-inch laptop will weigh anywhere from 3 to 3.5 pounds. So, whether you have one of the slimmer models or a “bulky” 13 or 14-inch laptop, it should get you close to the three-pound mark. 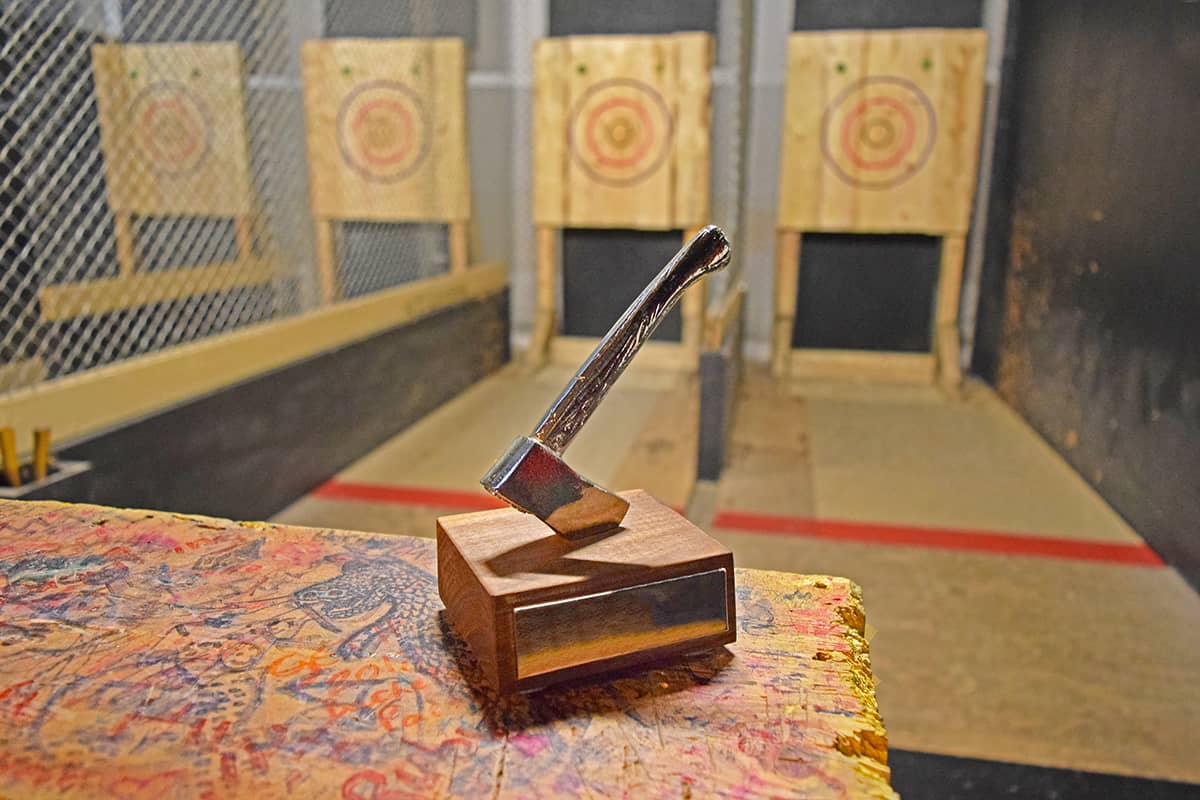 If you’re a fan of axe throwing, then you probably have a rough idea of how big and heavy an axe is.

According to the World Axe Throwing League, the body that governs the sport of competitive axe throwing, a big axe must weigh at least three pounds. At most, the league allows you to carry 4.25-pound big axes for game night.

However, if you’re a hatchet kind of person, then you should know that a hatchet must weigh three pounds at most based on the WATL’s guidelines.

Even standard splitting throwing axes can weigh as light as three pounds. So, check your shed or garage and see whether you have an axe. 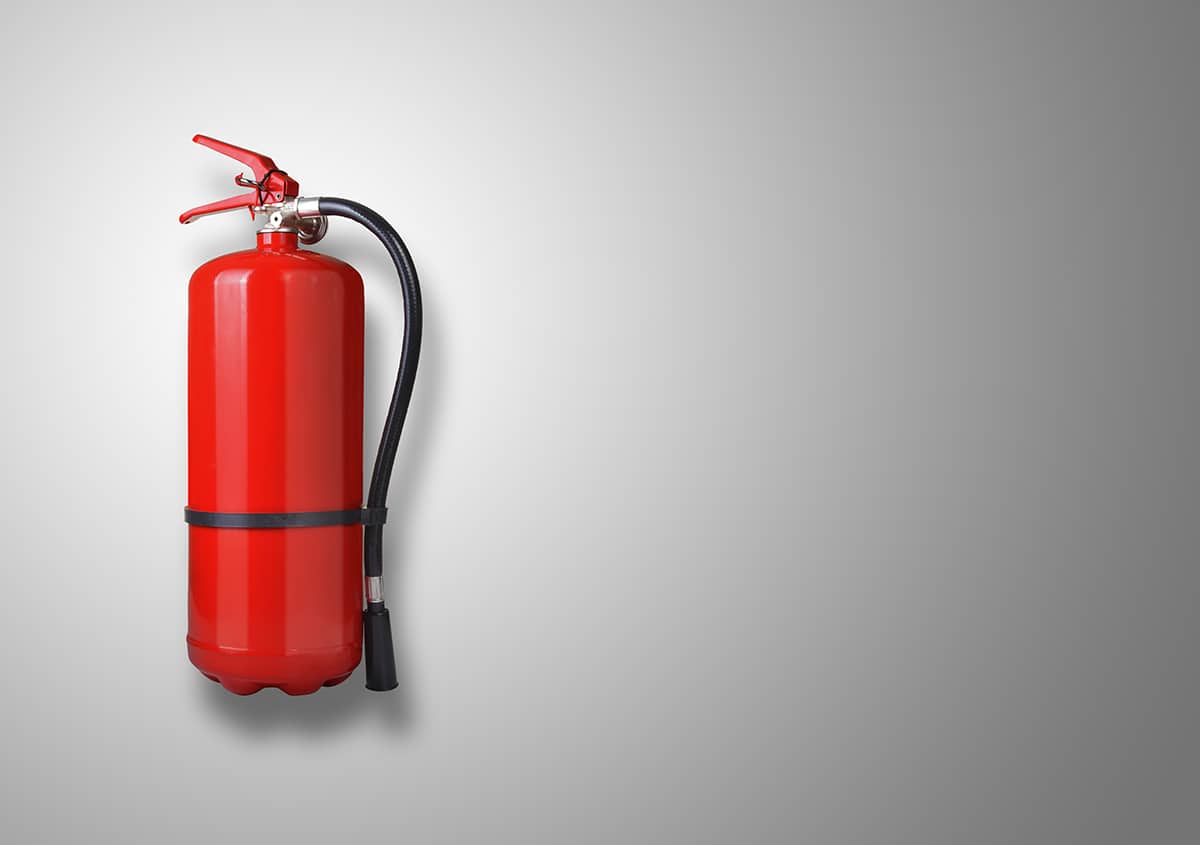 You might think that there’s only one kind of fire extinguisher, but you would be wrong. Fire extinguishers fall into four classes, each of which has different uses and different tank sizes and weights.

So, even though a common fire extinguisher will exceed the three-pound mark, it’ll at least give you a rough idea of how much three pounds weighs. 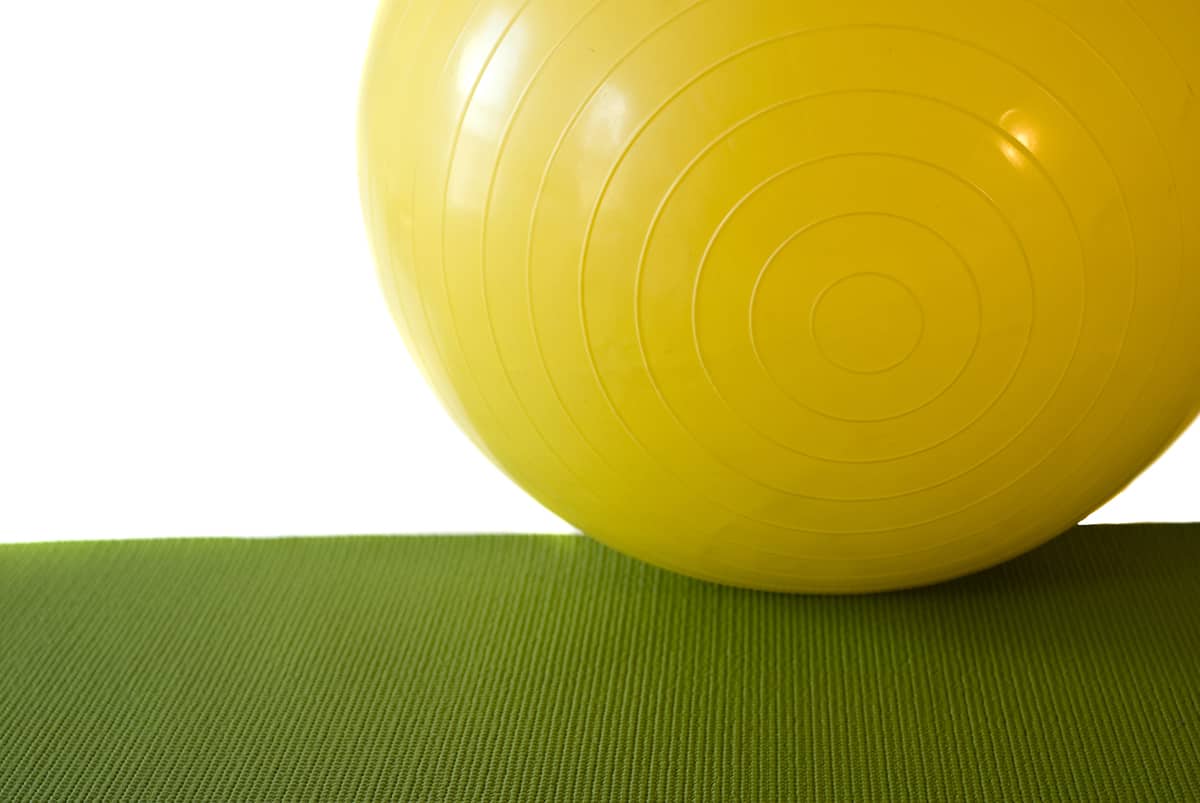 As you may already know, exercise balls, also known as fitness balls, can come in various sizes and weights. The typical weight range for home-use exercise balls is between two and eight pounds.

Assuming you or a family member has an exercise ball on hand, you should try lifting it in your hands. At most, three pounds will feel about half as light as a large-sized exercise ball. 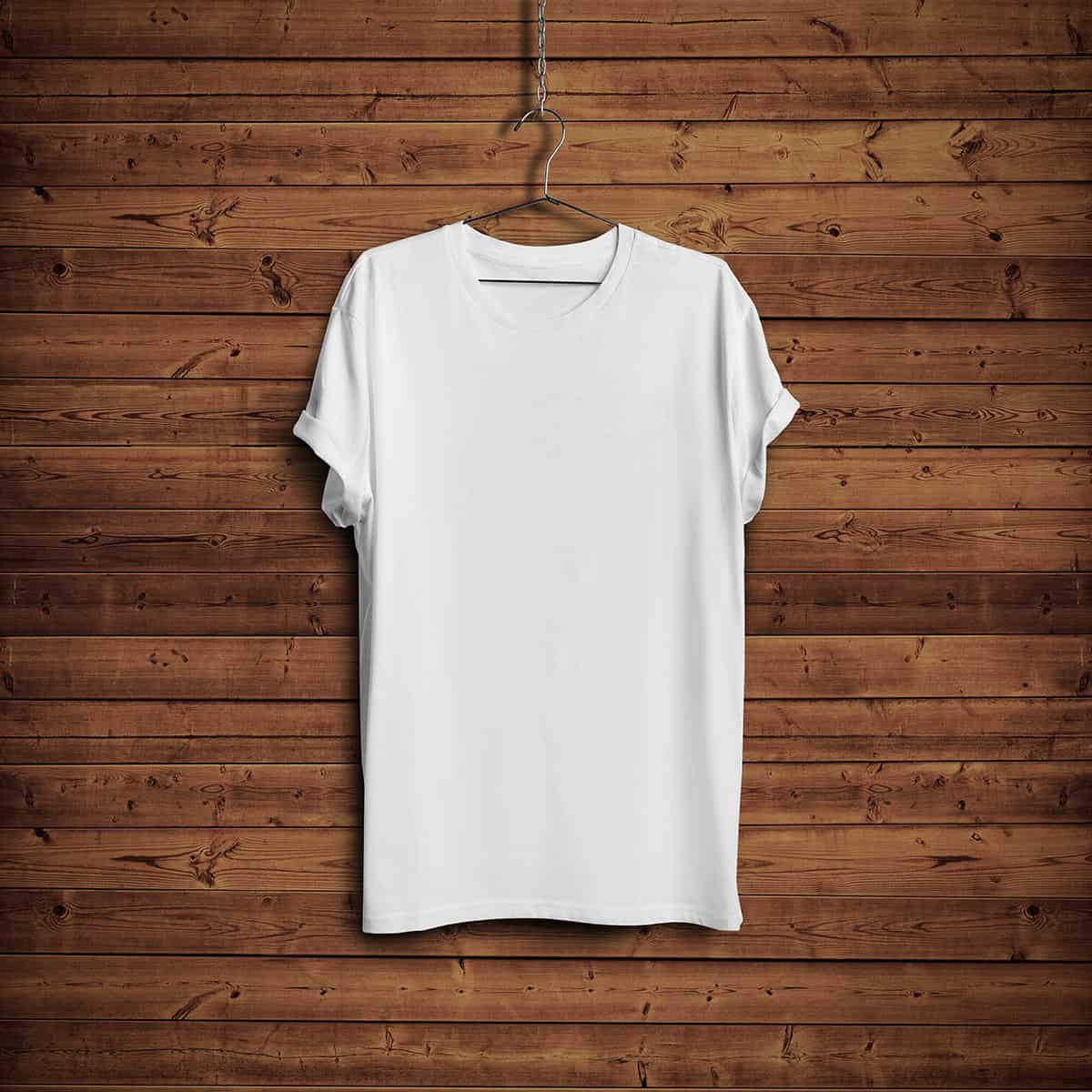 You probably have at least a dozen of them folded neatly inside your drawer or hanging on the clothesline.

Anyway, measuring three pounds in t-shirts isn’t that difficult, as long as you wear size M t-shirts. Ten of them will add up to roughly three pounds, give or take a few ounces. If you wear size L t-shirts, you might only need eight or nine of them to get to three pounds.

However, it ultimately depends on the type of material used to make the t-shirt. If you have those ones that tear easily at the slightest tug, you might need to double the number of t-shirts to get to the three-pound mark. 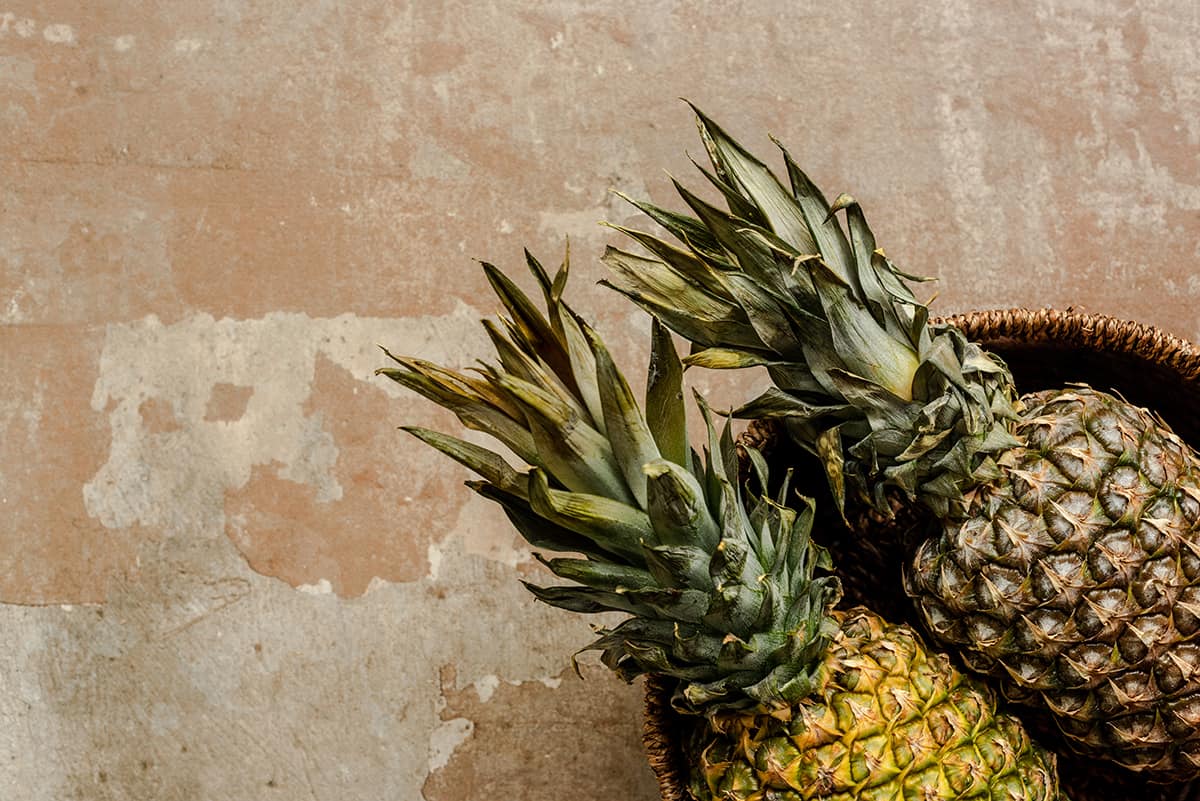 Have you ever experienced an uncomfortable tingling sensation when eating a poorly peeled pineapple? That’s because its enzymes are natural meat tenderizers. Essentially, enzymes in pineapples digest meat.

A single pineapple at the grocery store can weigh anywhere from one to two pounds. Assuming you have a large pineapple on hand, you would need 1-1/2 of them to get to three pounds.

Using the nine everyday objects listed above can help you estimate how much three pounds weighs without getting a scale. Guesstimating might come in handy the next time you undergo an outdoor project, like landscaping or building a brick BBQ pit.

If your friends struggle to know how much three pounds feels in their hands, make sure you share this article with them. Also, I’d love to read about other things you think weigh three pounds in the comments section.