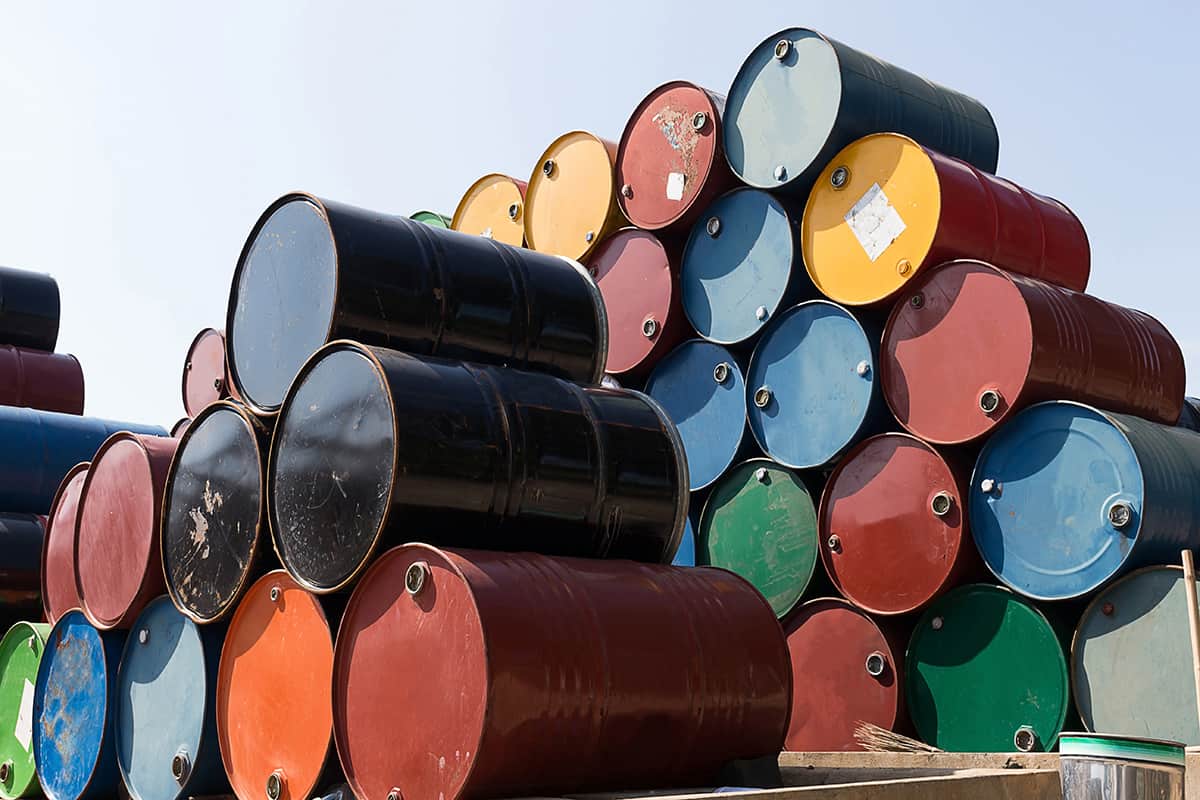 It goes without saying that it’s nearly impossible to lift a ton. Sure, someone might have lifted half a ton, but a full ton is, by human physical standards, impossible. However, instead of lifting heavy objects, you can use the following references to know what weighs 2,000 pounds. 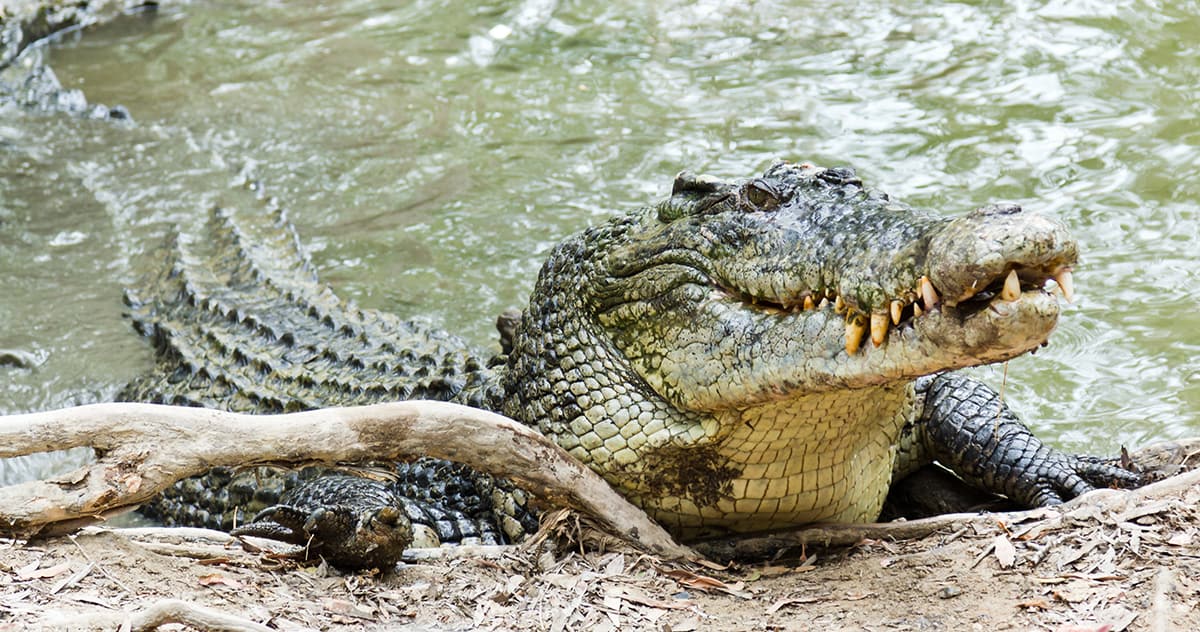 And where do these ferocious creatures live? Australia, of course! They generally live in fresh, murky waters but are known to make it out to the open sea to hunt for larger prey. Don’t get too close to this animal since its jaws deliver 5,000 pounds (2.5 tons) of pressure per square inch. 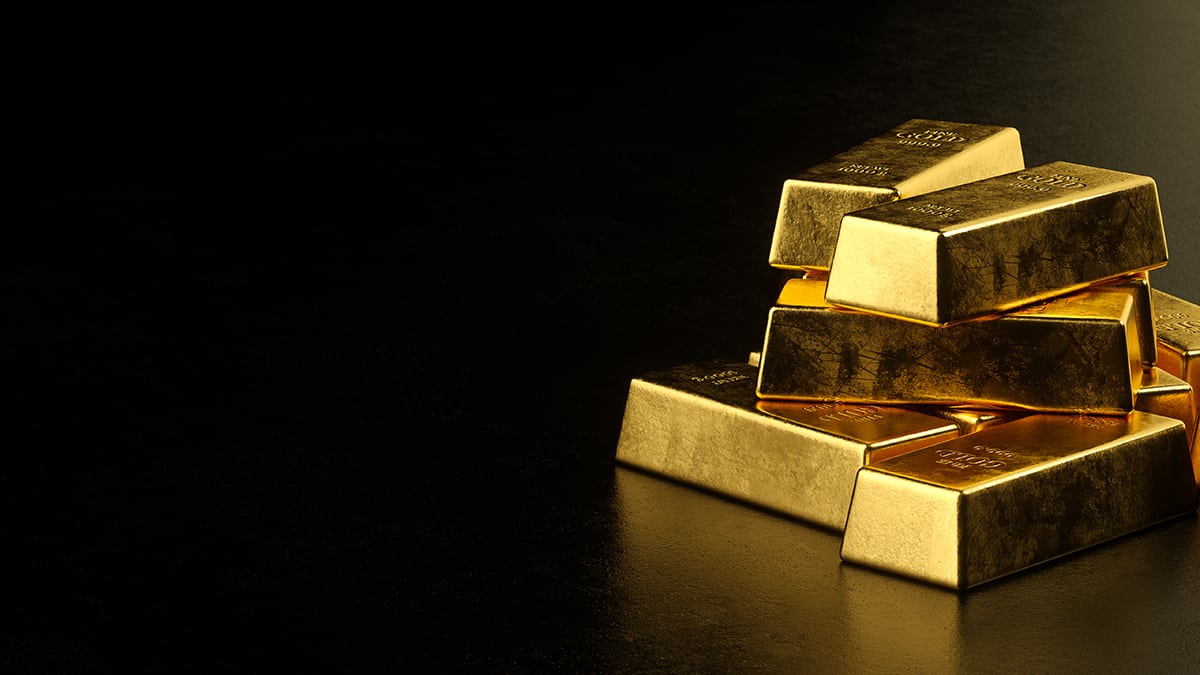 The primary reason gold is so valuable is that the entire world unanimously agrees that it is. Basically, people look at gold and say that it will continue to hold value, which makes it a great investment option for hedging against inflation. Also, it doesn’t rust and is used for all sorts of electrical components.

Although gold coins have a slightly higher premium than gold bars, most people are more familiar with bars. The standardized weight for gold bars is 400 troy ounces (438.9 ounces), so you would need roughly more than 73 bars to reach a ton. Gold is currently valued at $1,846.45 per troy ounce, so a ton of gold would be worth about $53.8 million. 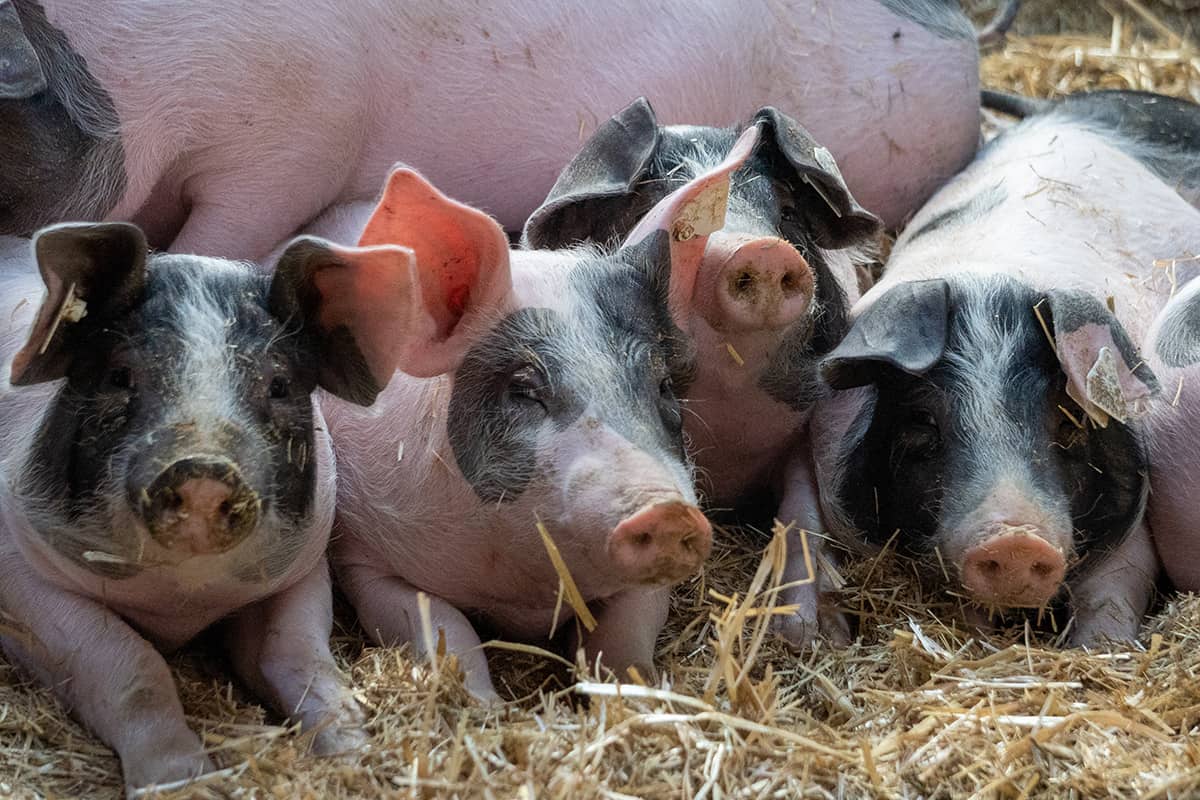 They say that pigs are highly intelligent creatures, but are they really? Some studies concluded that they’re smarter than dogs and 3-year-old kids, so maybe they really are intelligent. Also, they’re not as dirty as you might think; if you don’t keep them penned up in pigsties, they’ll use designate a spot as a bathroom far away from where they eat.

Plus, pigs can grow to become massive creatures! Left to its own doings, a pig can grow up to 700 pounds. On pig farms, they can grow close to 1,000 pounds. The largest pig to ever exist, according to the Guinness Book of World Records, was Big Bill, who was 9 feet long and weighed 2,552 pounds. 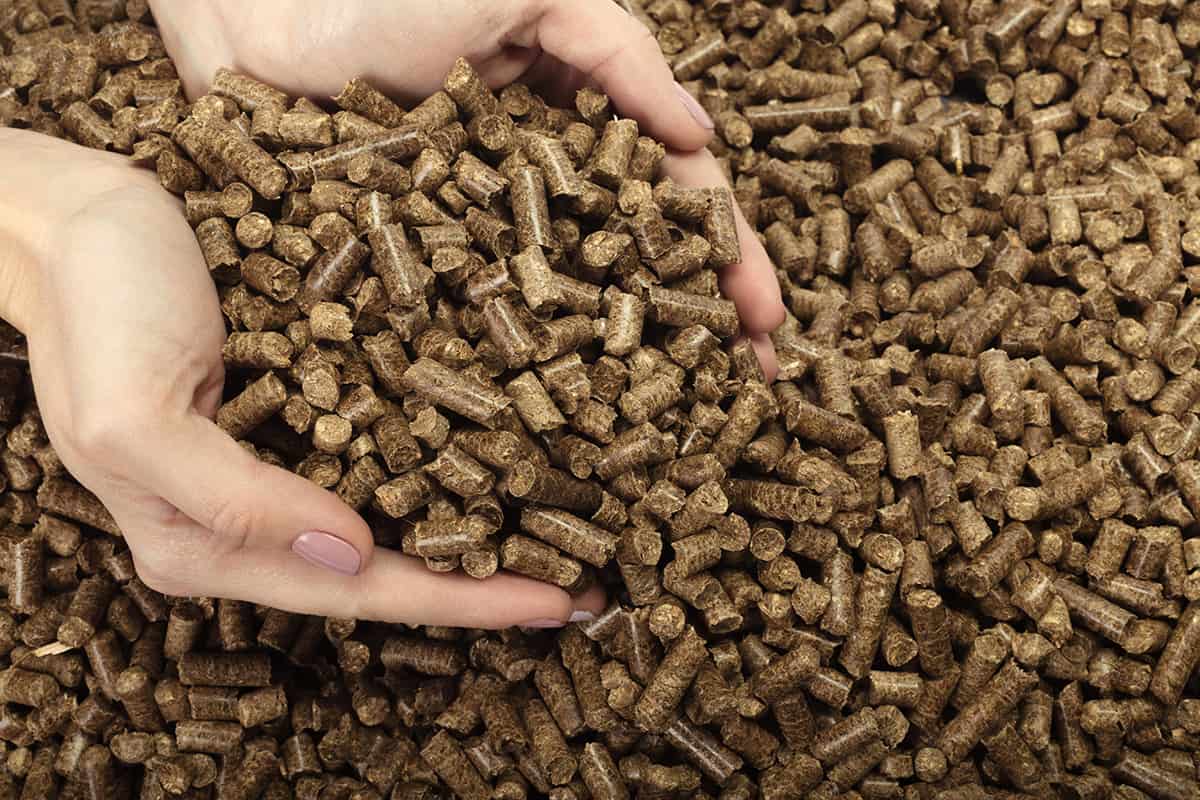 If you’re looking for an alternative fuel to heat your winter cabin up, you should probably consider getting wood pellets. Sure, you can fell a few trees, split them, and season them on your own, but pellets yield much better heating efficiency than logs by a wide margin.

Wood pellets are traditionally sold in 40-pound or 50-pound bags, so you would need 40 to 50 of them to reach 1 ton. Coincidentally, some suppliers sell bagged pellets per 1-ton pallet. Each bag should last for 24 hours, so a ton of pellets will keep your cabin warm for roughly half the winter. 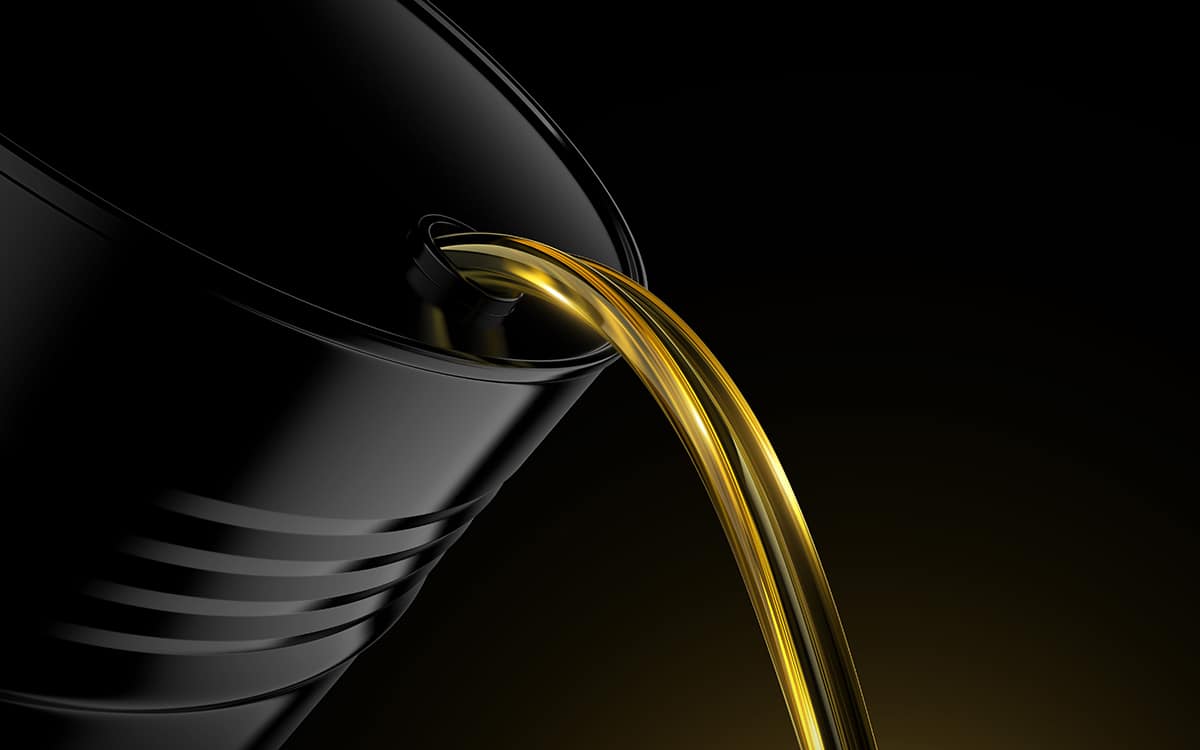 The US has the 9th largest oil reserve and is the largest oil consumer on the planet by roughly 7 million barrels. A single barrel can hold 42 gallons of oil, meaning that we use about 294 million gallons of oil more than the second-highest consumer—China.

With each gallon of oil weighing 6.81 pounds, a barrel would weigh about 286 pounds. Including the weight of the barrel, that’s roughly 300 pounds. So, 7 filled oil barrels would get you around 100 pounds beyond the 2-ton mark. 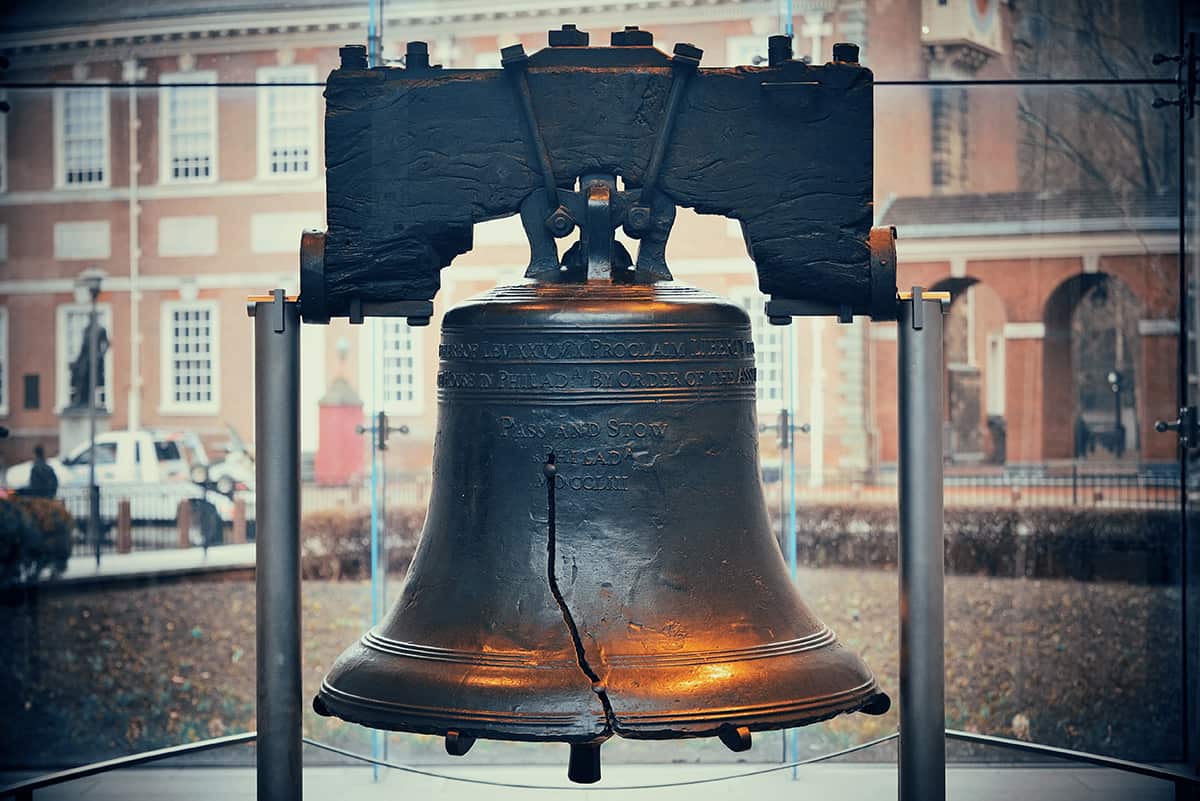 The Liberty Bell was ordered in 1751 to celebrate the 50th anniversary of William Penn’s 1701 Charter of Privileges. Penn envisioned a colony where people had the right to practice their religion, property rights, and the freedom of the governed class. In 1752, the bell cracked during a test strike due to the brittleness of the metal. The original bell weighed 2,080 pounds.

When the bell was recast, it weighed 13,000 pounds, with every 1,000 pounds symbolizing each of the original colonies. The recast was dubbed the Centennial Bell, which hangs in the tower of Independence Hall and rings every 60 minutes. 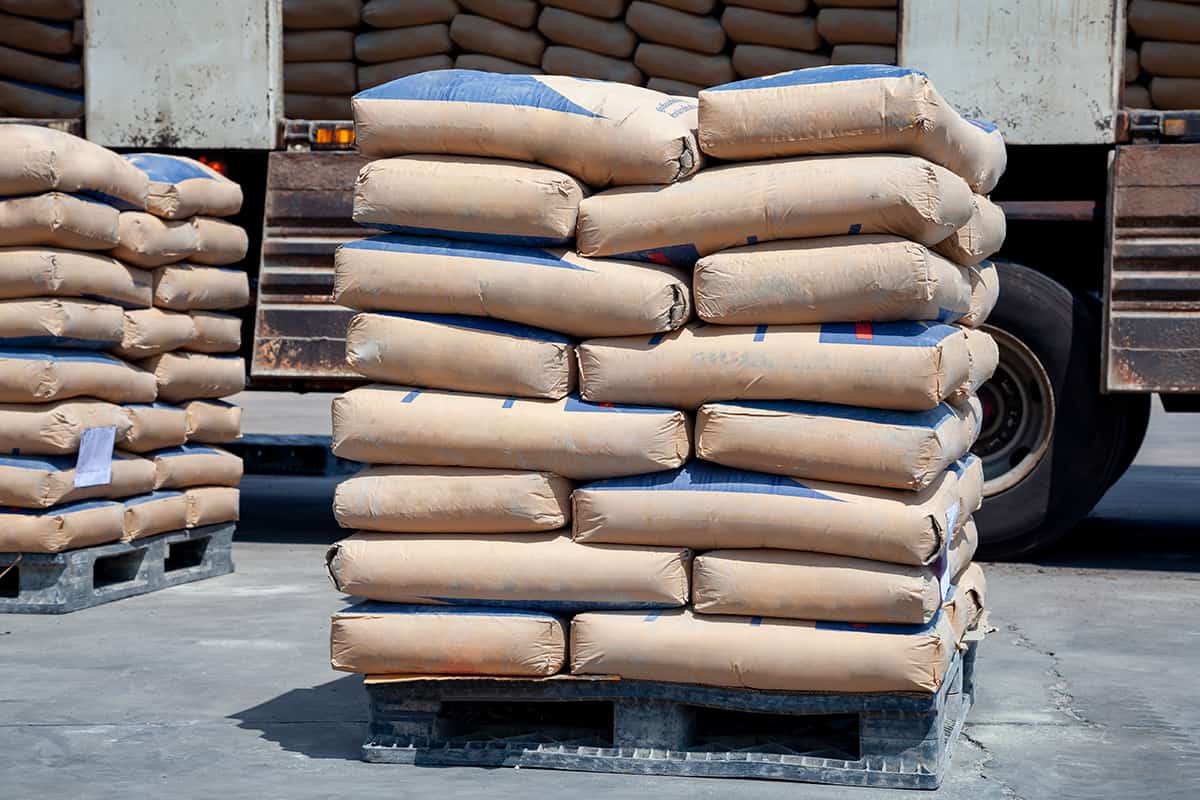 Cement is the binding agent. When you mix it with water and aggregates, such as sand and gravel, you’ll end up with a pourable mix that hardens to become concrete. Cement is typically sold in 94-pound bags, which can be mixed to produce up to 4 to 4.5 cubic feet of concrete.

When handling cement and concrete, make sure you are wearing the appropriate PPE. Inhaling cement dust can lead to some pretty gnarly effects, including loss of lung function and scarred lung tissue. If you allow concrete to dry on your skin, you could be left with blisters, swelling, and even third-degree burns.

Half a Cubic Yard of Concrete 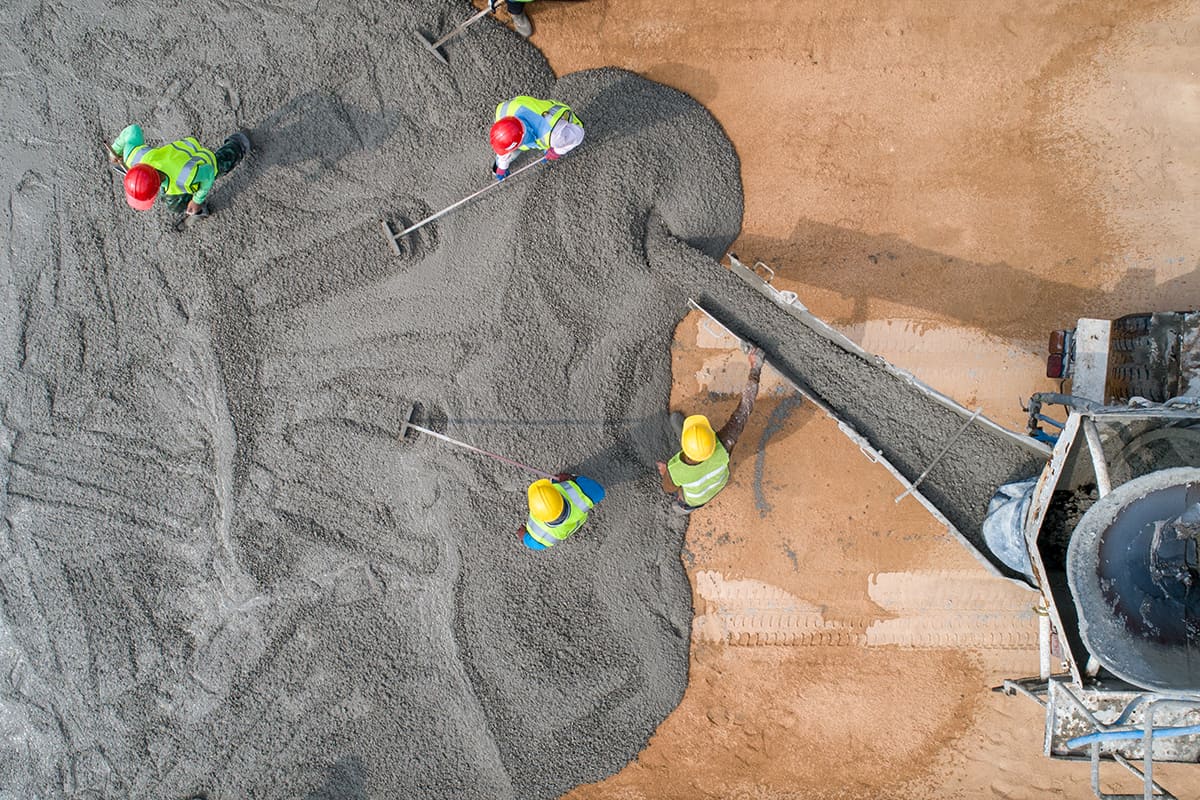 Speaking of concrete, have you ever wondered how much it weighs? The actual weight figure will vary from slab to slab, mostly depending on what sort of aggregate was used in the mix. On average, a cubic-yard slab of concrete (3 × 3 × 3 feet) will weigh just north of 4,000 pounds.

Since a single 98-pound cement bag will produce up to 4.5 cubic feet of concrete, that means you would need around 6 bags to make a cubic yard. All of these figures are based on the assumption that you’re not reinforcing your concrete with rebars.

Have you heard of the term “bushel” before? Well, it’s not an arbitrary unit of measurement, which is what I always believed it was. A bushel is used to measure volume, usually for dry agricultural goods. That’s why things like apples, grains, and corn are measured by the bushel.

The weight of a bushel of corn will depend on its condition. Whole ears of corn will weigh 70 pounds, so you would need 28.6 bushels to reach a ton. In 2021, American farmers managed to produce 15.1 billion bushels of corn (528.5 million tons), which was a 7% increase from the previous year. 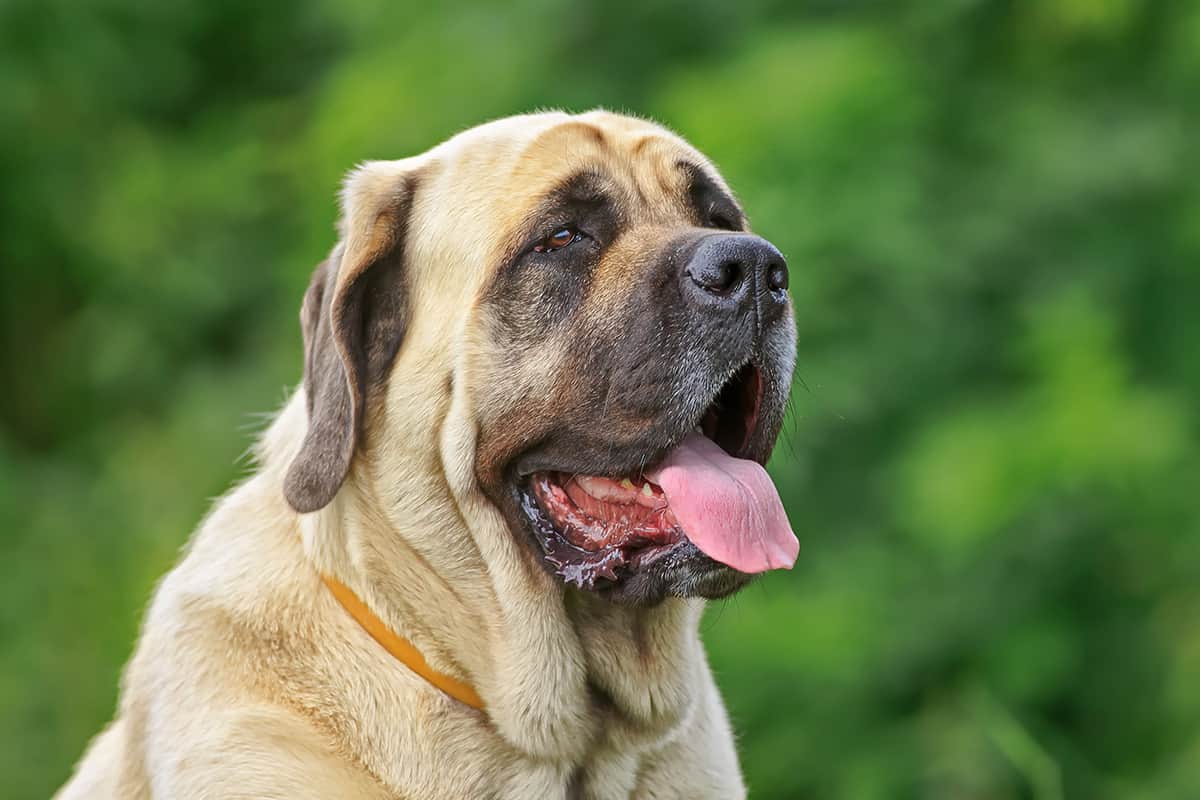 Dogs come in a variety of sizes, with the fierce and ferocious Chihuahua being the tiniest of the domesticated dog world. On the other end of the size spectrum, we have English Mastiffs, which can grow to stand 2 feet 6 inches tall at the shoulder and weigh up to 230 pounds at just 2 years old.

As large as they are, most English Mastiffs are actually quite shy, but their ancestors certainly weren’t. Their ancestors marched alongside Roman soldiers, participating in conquests to expand the Empire.

If you work at an office, you’ve probably stood around a water cooler and held a brief yet polite conversation with a coworker. This is called water cooler chat (not the official name, by the way), and there are legitimate reasons why it’s encouraged, such as allowing people to break out of their shells, enjoy rare facetime with their employers, and spend a few moments away from the computer screen.

The jug you’re all standing around will typically contain 5 gallons of water. With a gallon of water weighing 8.3 pounds, a 5-gallon jug would weigh at least 41.5 pounds. All you need is 48 of those jugs to reach a total weight of 1 ton.