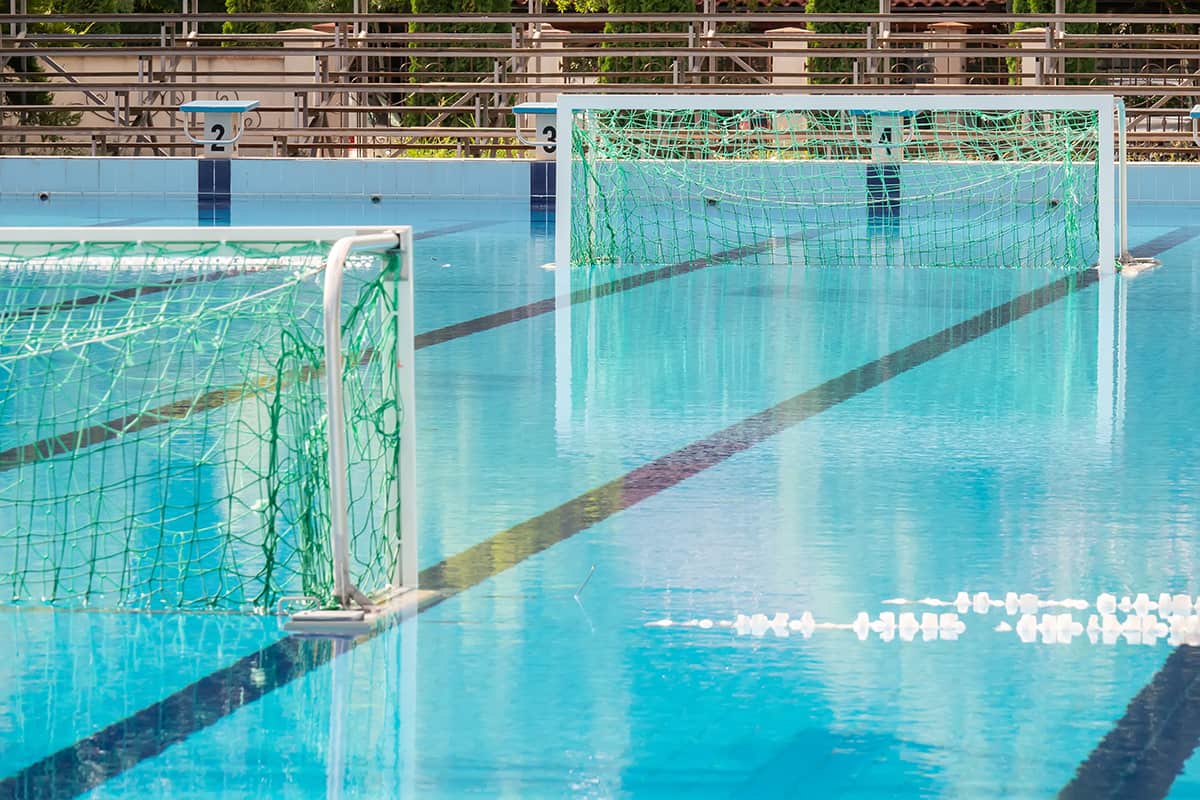 The Olympics has 10 water sporting events, including water polo. This is a sport that is similar to handball but is held in swimming pools. As a high-intensity sport, the players need enough room to move freely without bumping into each other every 5 seconds. So, what is the size of a water polo pool?

A water polo pool should measure 30 meters (98.4 feet) long, 20 meters (65.6 feet) wide, and any depth (usually 2 meters or 6.6 feet). However, water polo can be played in any pool of any size, as long as the players refrain from making contact with the bottom of the pool with their feet.

In this guide, I’ll explain the exact measurements and variances of water polo pools, the markings of a regulation pool, and the basic rules of playing water polo.

What Is Water Polo? 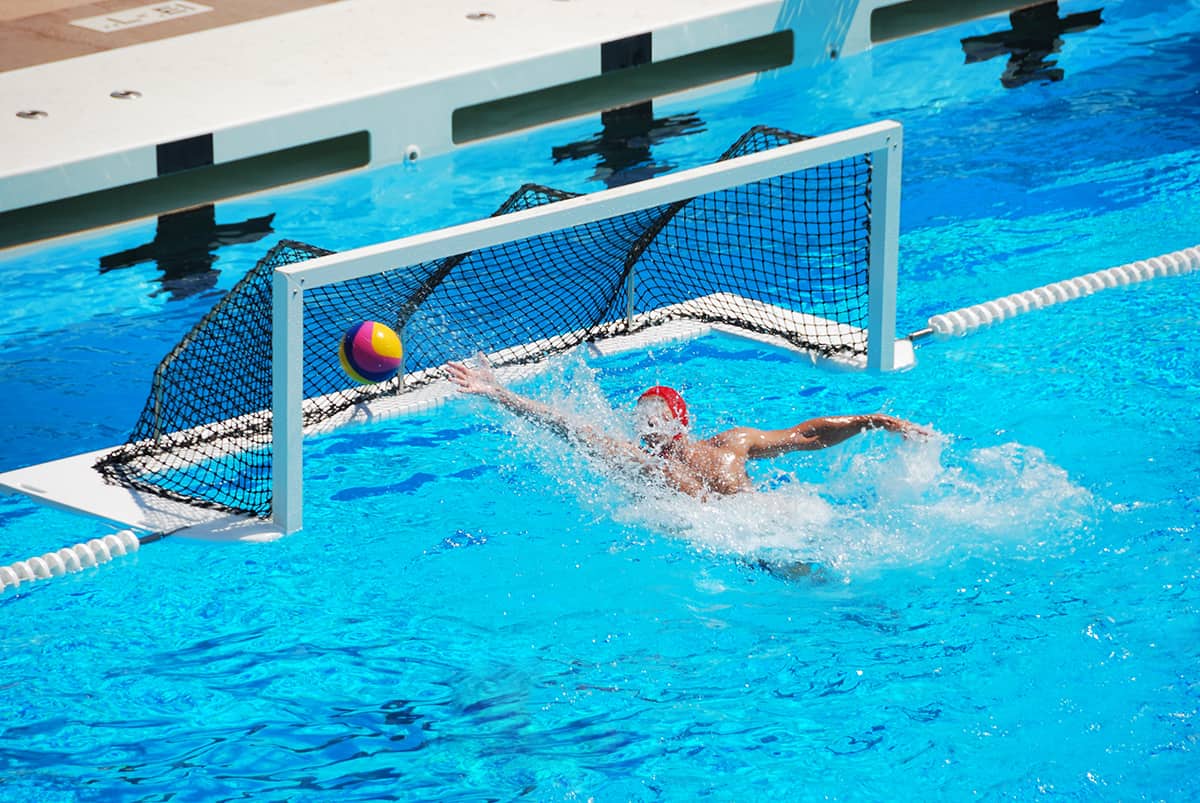 Water polo is much like handball, but instead of being played on a land-based court, water polo is played in pools. The purpose of the sport is to score as many goals as possible in 32 minutes, which is divided into 8-minute quarters. The team that scores more goals than the other is declared the winner.

The history of the sport can be traced back to the mid-19th century in England. It was originally conceived as an alternative to rugby, but while it’s a full-contact sport, players are not allowed to tackle each other to secure a win.

The word “polo” in water polo possibly comes from the Indian word for ball (pulu), which is pronounced exactly like polo. However, some have argued that the root comes from the land-based variant of the sport—polo—but with “water” tacked on in front of it because of the environment in which it’s played.

The first Olympic Games to include a water polo event was in the 1900 Olympics in Paris. At the time, only 8 countries sent delegations to participate in the event, but only 7 of them competed.

When playing water polo recreationally, you can use any pool size you want. Ideally, the pool will be deep enough to prevent players from touching the floor with their feet. Even when playing in pools with slanted floors, the players must refrain from making contact with the pool’s floor. 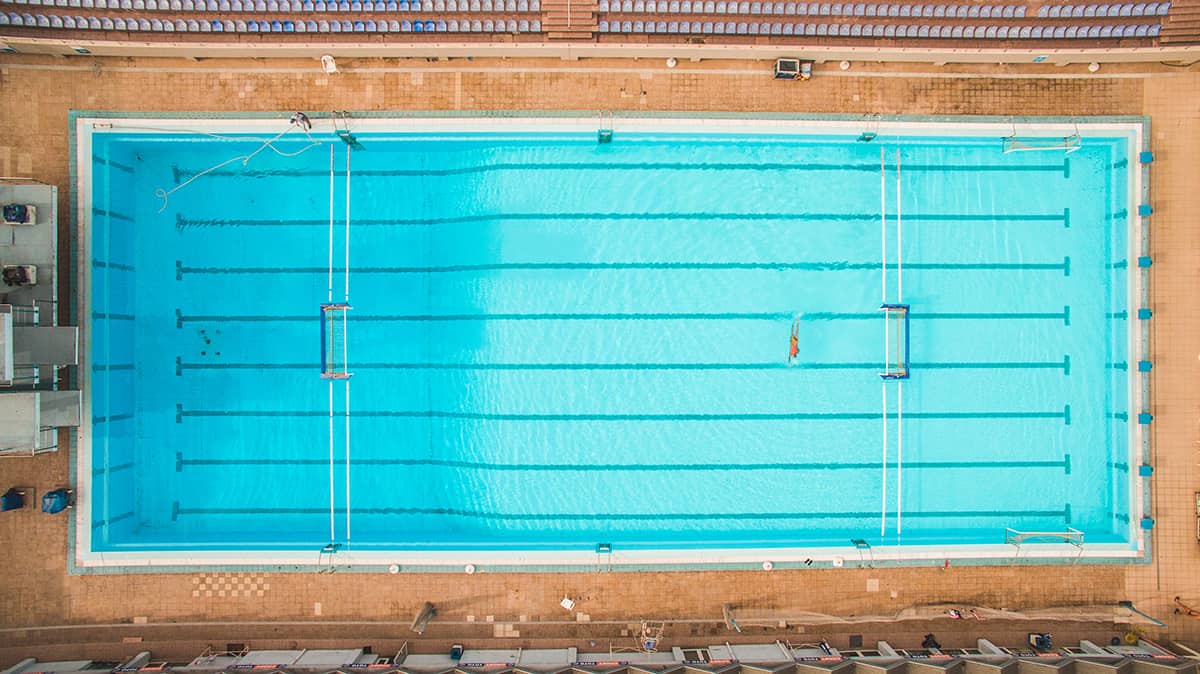 Like any court or field used for sports, water polo pools will have markings that indicate specific parts of the playing area. The markings are as follows:

Perimeter Lines—The barriers of the pool that define the playing field of the game. The perimeter lines will measure 25 or 30 meters long and 20 meters wide.

Half-Distance Line—Straight down the middle of the pool (at the 12.5 or 15-meter mark) will be a series of dark tiles laid adjacently to the perimeter lines. This line divides both sides of the pool in half. Goalies cannot cross this line, and play is resumed at this line after each goal.

Goal Line/Net—The target at which players have to throw the ball to score a point. The goal line or net will typically measure 3 meters (9.8 feet) wide. If a goal net is used, the net should be tied down to the edge of the pool or boundaries of the playing field to prevent it from floating away.

2-meter Line (Red Line)—The 2-meter line is located 2 meters in front of each goal line or net. Only offensive players in possession of the ball can swim past the red line.

Water polo is a straightforward sport. However, you should familiarize yourself with the basic rules before trying to start a match. Here’s what you should know about water polo rules.