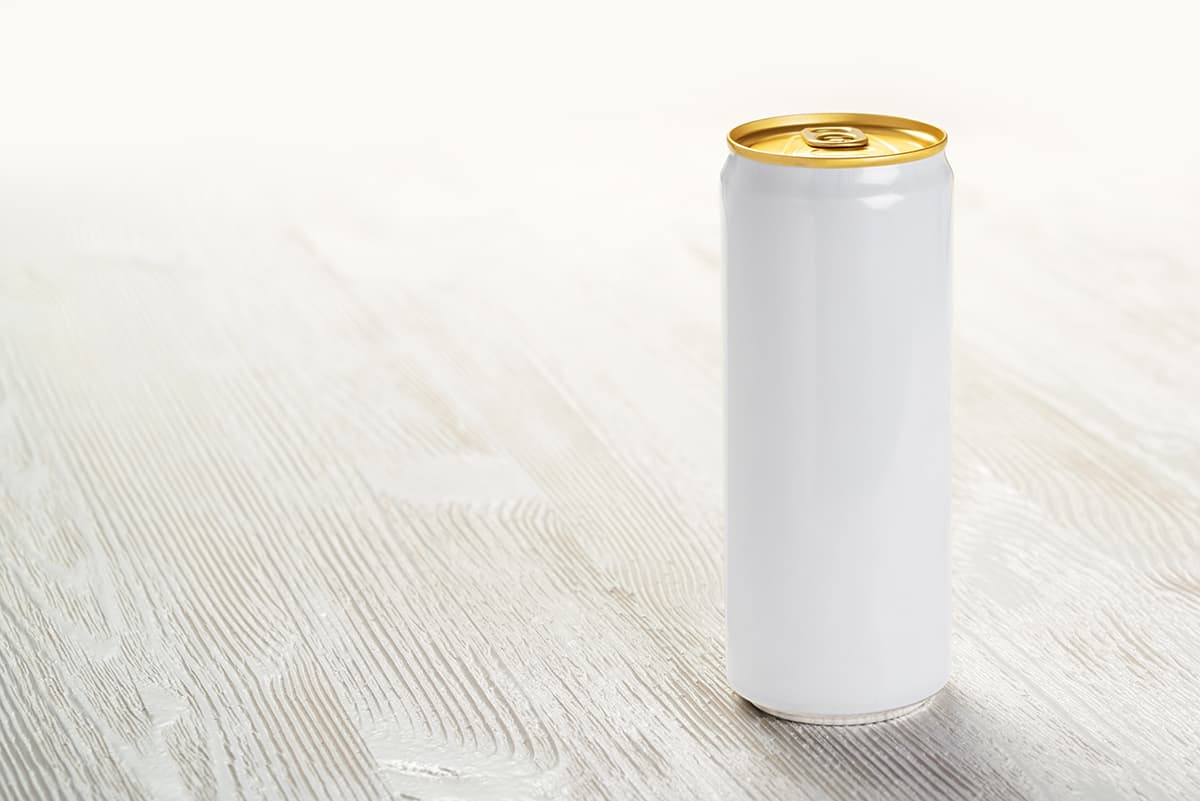 White Claw has pretty much become the go-to brand for hard seltzers. The brand was introduced in 2016 but in that time has dominated the hard seltzer market by controlling roughly 40% of the market share in 2021.

There are at least a dozen different White Claw flavors available, including iced tea and hard seltzer varieties. A standard can of White Claw contains 100 calories, 5% alcohol, and 2 grams of carbs. The iced tea variety contains an additional 1 gram of sugar, whereas White Claw Surge (hard seltzer) cans have an additional gram of carbs and 8% alcohol. 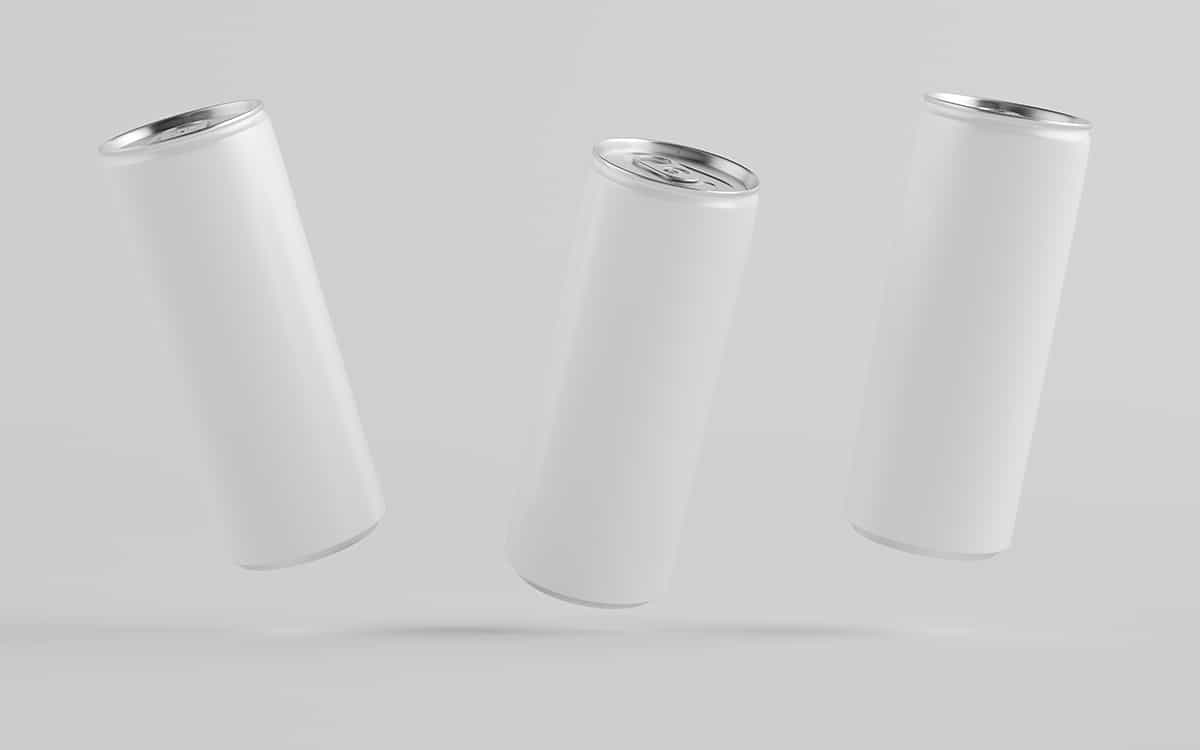 Like soft drink cans, White Claws are sold in 12-fluid-ounce (355-milliliter) cans, but they are considerably taller and slimmer than your average soft drink or beer can.

Regular beer cans and soda cans measure 4.83 inches tall and have a diameter of 2.6 inches at their widest point. However, White Claw packages its beverages in tall and slim cans, which stand 6.125 inches and measure 2.25 inches wide.

The main reason manufacturers like Mark Anthony Brewing, which makes White Claw, stick to tall and slim cans is that each can occupies a smaller surface area. This, in turn, allows retailers to carry higher amounts of the beverage, which means larger purchase orders from the manufacturer.

In addition, because of the greater surface exposure, tall and slim cans can cool a lot more quickly in a chiller or fridge as opposed to standard cans. This ultimately means spending less on energy costs to cool newly purchased drinks.

The rise in popularity of White Claw seltzers is multifold. First, the increase in wellness trends across the country has made consumers more conscious of how what they are putting into their bodies.

A single can of White Claw only contains 100 calories, whereas the same amount of 7 Up, A&W, and Coca-Cola has 150, 180, and 140 calories, respectively. A beer can contains around 150 calories per can, but some beer brands contain over 200 calories.

It also helped the brand that White Claw was branded for millennials. Not only are there various fruity flavor options, but the packaging was made specifically to appeal to younger members of the workforce who don’t want to stick to traditional alcoholic beverages.

White Claw also paid close attention to its fanbase. In early 2020, three new flavors of White Claw were introduced to its six-flavor lineup, while the dozen-can variety pack offered multiple flavors in a single purchase, so consumers could give every flavor a try.

You can purchase individual White Claw cans at convenience stores and many large supermarkets, but if you want the best bang for your buck, you should check out the variety packs.

1. Does White Claw make you drunk?

Yes, it can make you drunk. White Claw contains either 5% or 8% alcohol, which, if you drink enough of it, can make you buzzed. Even though it is a less-fattening alternative to traditional beer, you must be at least 21 years old to legally sip on a can of White Claw.

The number of cans you need to feel tipsy or drunk depends on your tolerance to alcohol. Just remember to drink responsibly.

Initially, there was a social stigma surrounding White Claw. The packaging made them appear “girly,” but due to the change of gender norms, people tend to care far less about what drinks are considered “girly” and not. This is also another contributing factor to White Claw’s growing popularity.

3. Is there vodka in White Claw?

When the brand first hit the market, people thought that White Claw was another canned vodka alternative. This was simply due to the confusion about hard seltzer water. However, this couldn’t be further from the truth. Hard seltzer is not vodka and vice versa.

4. Can you freeze White Claw?

Yes, you can. White Claw slushies is a popular drink option to have during the hot summer, but if you want a slight buzz while munching on a popsicle, you can certainly pour White Claw in a popsicle mold with a bit of simple syrup (optional) to cool you down while chillaxing in a swimming pool. Please remember that you must be 21 years and older to consume White Claw, so don’t give any spiked popsicles to your kids!

So, White Claw doesn’t expand your waistline as much as traditional beer, but is it healthy? And is it healthier than white wine? Alas, no, it’s not a “healthy” drink since it contains alcohol and sugar. The healthiest drink you can put into your body is water.

Compared to white wine, White Claw is miles behind in terms of health benefits. White wine can assist in fighting oxidative stress, boosting cardiovascular health, and even promoting weight loss! However, if you’re going to rely on alcohol for the aforementioned health benefits, make sure you drink in moderation and speak to your doctor about alternatives.

As its name suggests, a White Claw 70 contains only 70 calories. There’s also only 3.7% of alcohol in each can, so a single can will make you less tipsy.

White Claws are sold in tall and slim cans, which contain 12 fluid ounces of the beverage (355 milliliters) but measure 6.125 × 2.25 inches. Tall and slim cans are better for the environment, and they take up less shelf and chiller space.

If you found this article on White Claw can dimensions helpful, make sure you share it with your friends on your socials. Also, drop a comment and let me know what your favorite White Claw flavor is.