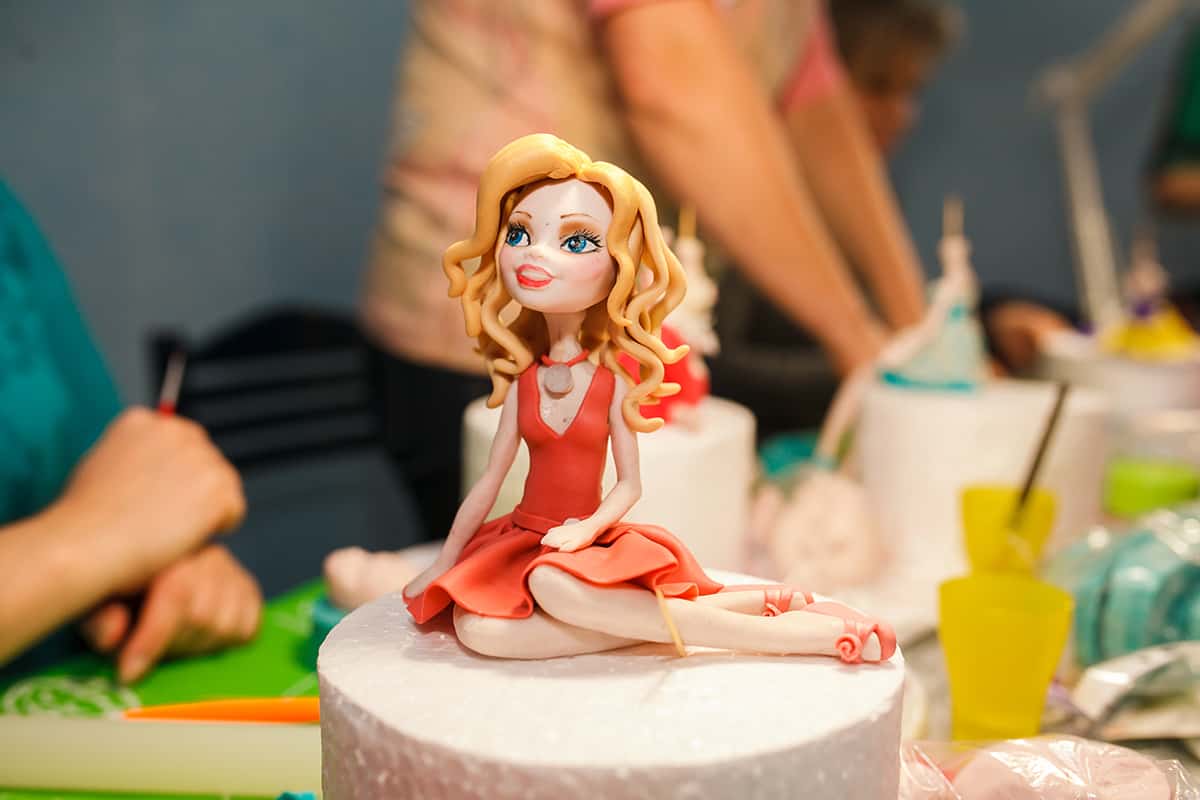 Since the first Barbie doll hit stores more than six decades ago, the doll continues to be the top-selling toy on the planet. While she’s undergone major appearance changes over the years, she has maintained somewhat of a consistent height.

With each passing generation, Barbie’s resumé continues to grow and grow. In this guide, I’ll speak about Barbie’s history and rise to prominence, as well as her dimensions, both as a doll and at playscale.

History and Legacy of Barbie

Throughout history, we have seen very few dolls or figurines remain in the spotlight for more than a few years. But Barbie dolls aren’t your typical everyday doll. This plastic doll has been around since 1959, and more than 60 years later, she sits at the top of the list of top-selling toys globally.

The first Barbie doll stood 11 inches tall, had beautifully curly blonde or black hair, and made history for being the first doll to be produced at a massive scale.

The idea for Barbie came when the creator, Ruth Handler, noticed how her daughter ditched the cliché dolls for babies and, instead, messed around with adult-like dolls made from paper. Since no such doll was available at the time, the co-founder of Mattel thought it would be a good idea to switch the company’s focus from making picture frames to making plastic dolls and dollhouses.

Barbie’s iconic look can be attributed to a German comic character called Lilli. In fact, Mattel purchased the rights to make Lilli dolls, but the company gave her a completely different look. Initially, Lilli was just a slightly risqué doll that people would gift to their male friends as a prank. But when Mattel, took over and gave Lilli a makeover and a new name (Barbara, after Ruth’s daughter), the company inadvertently struck gold.

Today, there are over 1 billion Barbie dolls in over 150 countries. Based on estimates, there are about 100 Barbie dolls sold every 60 seconds, making it not only Mattel’s most profitable product but also the world’s top-selling toy.

While Barbie is undoubtedly the most recognizable toy on the planet, she didn’t reach the top without stirring a bit of controversy. Most people who have problems with Barbie dolls complain about the unachievable body image that the doll portrays.

To get a better understanding of this, we first have to take a look at her dimensions.

The typical Barbie doll stands 11.5 inches tall. At a playscale of 6:1, a real-world Barbie would stand 5 feet 9 inches, which is about 5 inches taller than the average height for women. However, her height isn’t the problem—it’s her body proportions.

When taking a look at her vital statistics and comparing it to her playscale, we can learn the following:

In addition to her unrealistic body proportions, Barbie would also lack the amount of fat needed for women to menstruate (17 to 22%).

So, people who rally against the disproportionate physique of the most popular toy in the world have a point—Barbie is grossly unhealthy. All the while, Mattel has portrayed Barbie as being the doll that every girl and woman aspires to be.

You can learn more about how Mattel really screwed up with creating the “perfect” doll in this article on Hyper Allergic.

Let’s look over the fact that Barbie isn’t a healthy portrayal of the perfect woman and take a look at what sort of amazing jobs she’s had over the years.

The following chart will describe Barbie’s choice of career in chronological order. There are far too many jobs to list here, so please visit Barbie Media if you wish to learn more.

Who Owns the Biggest Barbie Collection?

You probably already know that Barbie dolls are highly collectible. However, do you know who owns the largest Barbie collection in the world? According to Guinness, that title belongs to Bettina Dormann in 2011.

At one point, Bettina owned over 15,000 Barbie dolls. She received her first doll 7 years after Barbie’s debut, and since then, she’s been a serious collector. Oddly enough, her first doll was Midge, Barbie’s best friend, but that sparked her passion in finding and collecting as many Barbies as she could throughout her life.

What Is the Most Expensive Barbie Doll?

The original Barbie doll cost a mere $3 in 1959, which, by today’s standards, would be the same as $30. Taking a look at Barbie’s page on Amazon, it seems that the relative dollar amount is slightly lower than what it cost our parents or grandparents during Barbie’s debut. However, is the original Barbie doll the most expensive in the world? Not by a long shot, despite being valued between $8,000 and $10,000 in mint condition.

The actual most expensive Barbie doll on the planet is the Stefani Canturi Barbie. This version was released in 2010 and sold for a whopping $302,500 at auction. What made it so costly? Perhaps it had something to do with the authentic 1-carat pink diamonds on her emerald necklace.