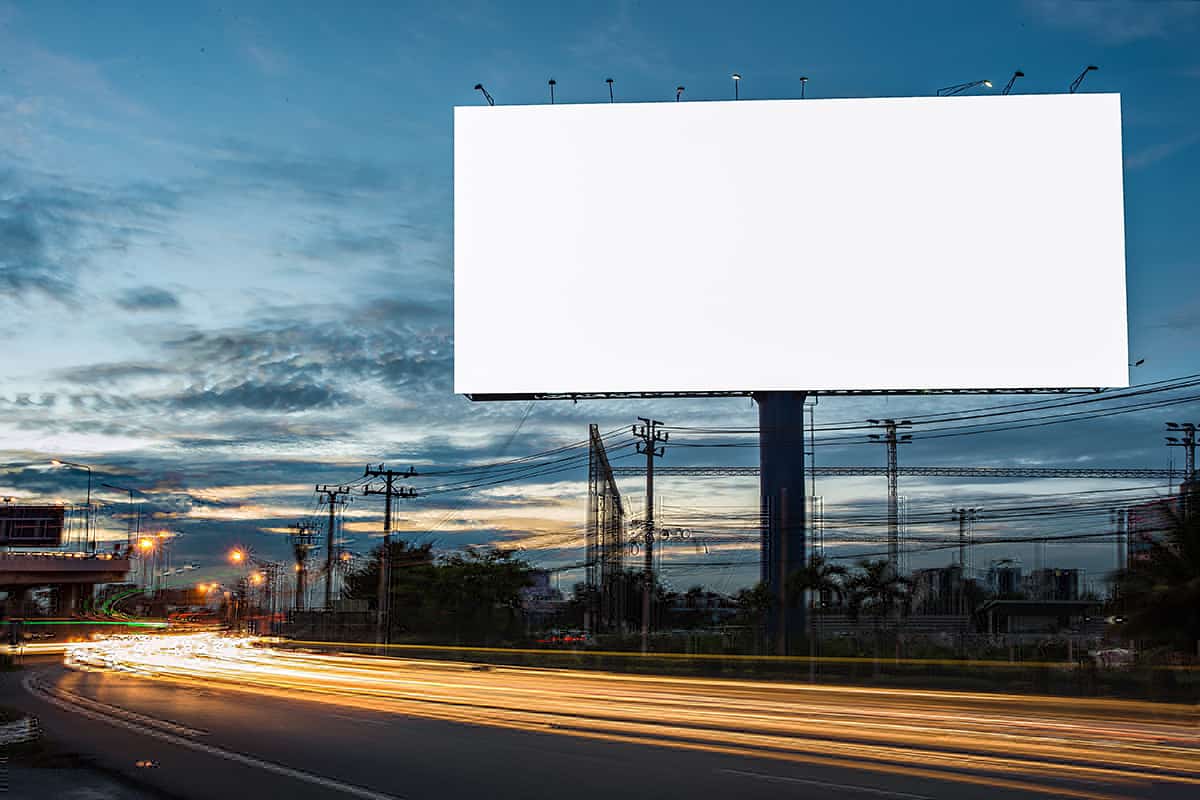 When you think of billboards, the image of large advertisements probably pops into mind. There are actually several kinds of billboards of different sizes.

However, that’s only 1 of the multiple billboard sizes available. For the remainder of this guide, I will go into greater detail regarding billboard types, billboard sizes, and other things you might want to know before renting a billboard.

“Billboard” is an umbrella term that usually refers to any kind of oversized outdoor advertisement. They are typically found alongside interstate highways, but you can also find them within cities. Depending on where you live, billboards are viewed by around 3,000 people every day, totaling over 1 million “views” every year.

Before we discuss billboard sizes, we first have to acquaint ourselves with billboard types. In general, there are 4 billboard types to consider—bulletins, spectaculars, posters, and junior posters.

Bulletin billboards are the kind of billboard that pops into mind when someone says the word “billboard.” They are the large advertisement displays that stand several dozen feet in the air.

The standard billboard will typically have one of the following dimensions:

Some bulletin billboards can come with pop-out or pop-up figures that exceed the width or height of the frame to increase visual interest.

Spectaculars, in their simplest sense, are wider than typical bulletin billboards. They are rarer than bulletins, but they can be more visually appealing due to the addition of lights, sounds, and moving components.

You can typically find spectaculars in 2 sizes, which are as follow:

Poster billboards are not like the typical posters you hang on bedroom walls. They are typically found alongside roadways, on the side of buildings located within cities and towns. Due to their locations, poster billboards contain a higher number of words, which allows ads to better communicate their primary messages.

While ad companies can orient poster billboards whichever way they want, they usually stand upright to produce a portrait size. Their typical dimensions of a poster billboard are as follows:

Out of all the types of billboards around, junior posters—also known as 8-sheet billboards—are the tiniest. On average, a junior poster will measure 6 × 12 feet (1.8 × 3.7 meters) and take up just 72 square feet (6.7 square meters) of space.

Like normal-sized posters, junior posters can be found within cities and towns. They also contain a higher number of words as opposed to bulletins and spectaculars since motorists and pedestrians—the people junior posters are trying to reach—aren’t speeding past them.

Due to their smaller size and relatively inexpensive costs as opposed to other bulletin types, junior posters are typically used for advertising promotions and seasonal items, as well as raising awareness of upcoming events.

What Billboard Size Is Best? 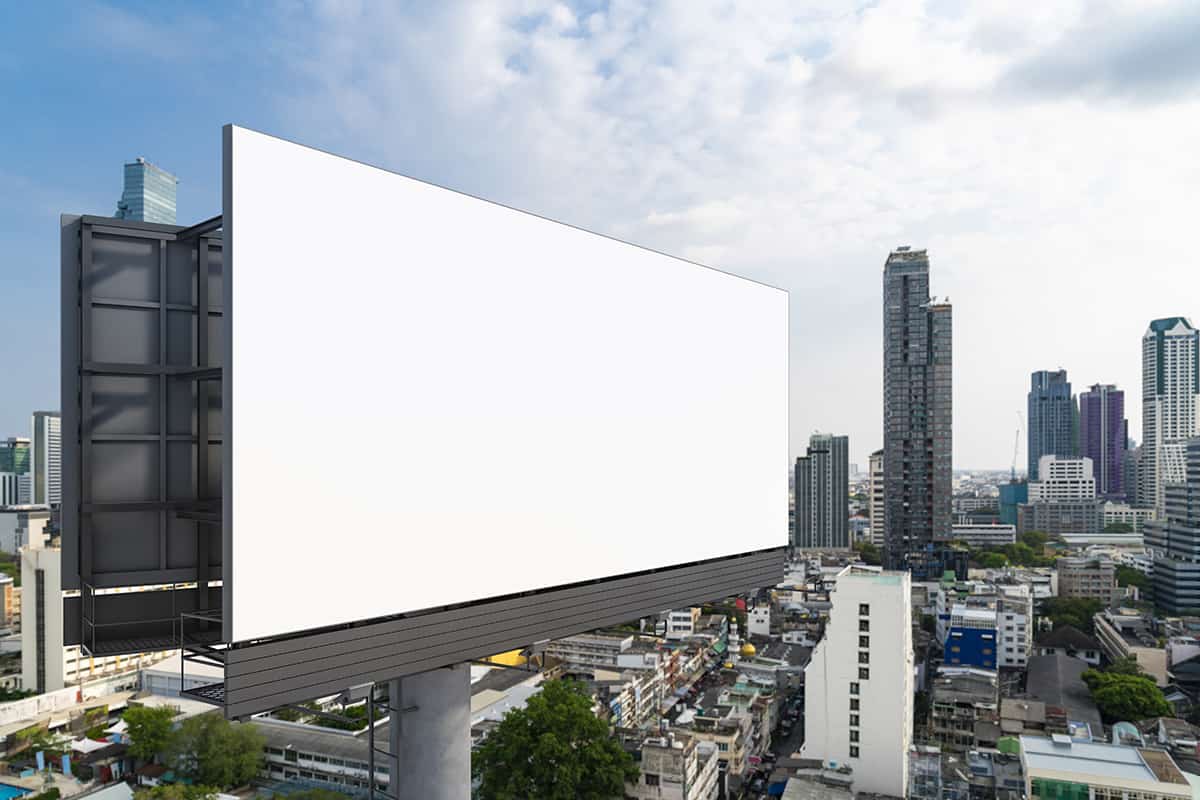 The “best” billboard size depends on what the advertiser is trying to do.

For instance, because bulletins and spectaculars are so large and located on the sides of highways, they are mainly used to raise brand awareness and convey messages with as few words as possible.

Smaller billboards—those that you will find within cities and towns, either hanging on the sides of buildings or on large poles—are mainly used to promote events, talk about upcoming discount offers, and so on.

Can You Own a Billboard?

Yes, you can. If you own a piece of property, you can construct a billboard and rent it out to others.

However, since your billboard will have a higher chance of being viewed in high-traffic areas, the rent revenue you make from owning and renting a billboard may vary.

If you want to construct a billboard for rent, then you should speak with your local government officials to see what sort of permits you need to install and lease ad space.

What Is an Online Billboard?

Like traditional billboards, the revenue potential will depend on how many visitors a website draws every month and how many of those visitors click the online billboard.