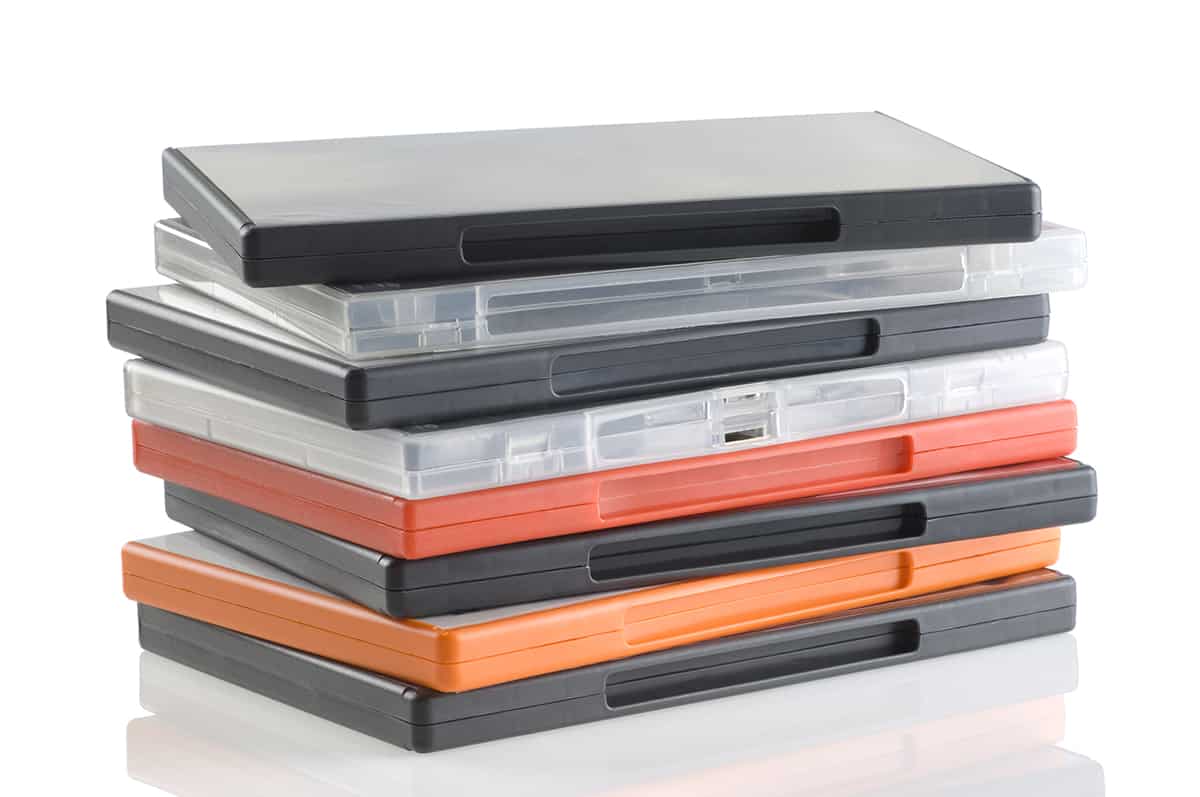 Do you guys remember how game-changing DVDs were? Before DVDs were the lesser-known video CDs, and before them, there was the VHS. If you purchased DVDs or rented them from Netflix (remember those days?), they most likely came in a plastic case.

If you’re an aspiring DVD collector, there is so much more to learn about these relics of ancient civilizations. Today, I’ll talk about what the DVD is, and its various types and case dimensions.

What Is a DVD? 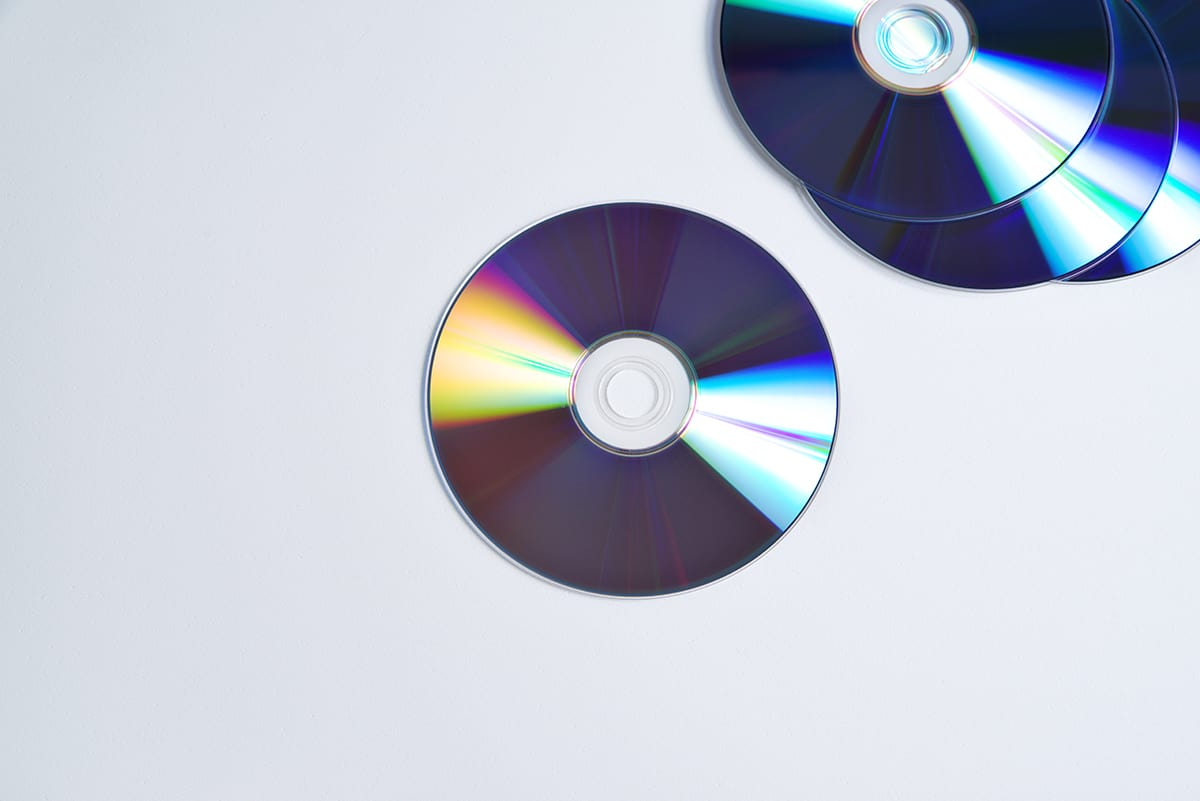 The DVD, which stands for digital video/versatile disc, is a type of disc that can be used for storing all sorts of media. Research began on the second generation of compact discs almost immediately after the CD was mass-produced.

In the mid-1990s, we saw the Multimedia CD from Sony/Philips and the Super Density Disc from Toshiba/Time Warner, but the companies joined forces to come up with what we now know as the DVD.

Like the digital storage formats before it, DVDs would eventually be replaced by younger, hotter storage formats. The introduction of Blu-Rays and their ability to display 1080p and even 2K resolution made DVDs obsolete.

Add in the fact that streaming services like Netflix and Amazon Prime Video would eliminate the need for storing physical discs, and DVDs would eventually find themselves cluttering landfills all over the world. 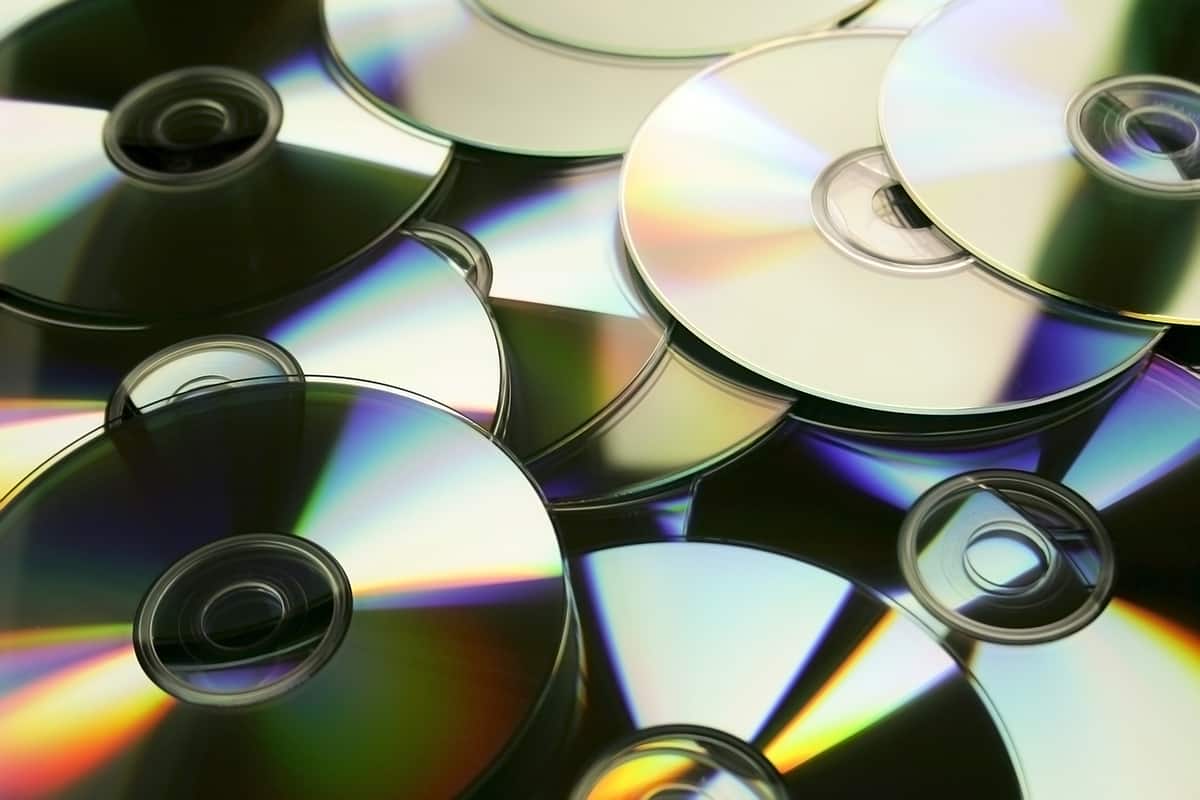 Like CDs, DVDs came in a wide variety of formats.

Also known as a non-rewritable DVD, this is the type of DVD that movies came in. The already-stored the movie and all of the added features inside the DVD, and it was locked so owners couldn’t add or remove anything from it.

If you purchased a blank DVD during the early stages of the CD format’s prime, it was most likely a DVD-R. This type of DVD came completely empty, allowing owners to copy data into the disc. However, once you put anything in there, it couldn’t be removed.

For many of us, the DVD-RW was the way of transferring data between computers. The RW stands for rewritable, which meant that you could add and remove data from the disc at will. On average, formatting a DVD-RW would take at least 15 minutes. USB flash drives and cloud storage made rewritable discs obsolete.

During the later points in the lifetime of DVDs, there was a type called the dual-layer DVD. It came with an additional physical layer in which you could store data. The second layer made it possible to store 8.5 GB of data, which was almost twice as much as the standard DVD’s 4.7-GB capacity. This came in both DVD-R and DVD-RW formats.

Although DVDs, CDs, and, to a certain extent, Blu-Rays are pretty much obsolete, collectors will still spend a hefty chunk of change to pick up the right DVD movie. Just take a look at this guide to see how much people are willing to pay for rare DVDs!

Of course, your rare DVD will only be worth something if it comes in its original case. Most DVD movies came in plastic cases that measured 7.5 long, 5.3 inches wide, and 0.5 inches thick. Later on, there would be slim DVD cases that usually came with box sets. Those cases measured 7.2 × 5.1 × 0.4 inches.

If you compare these dimensions with a cassette case, it has been much better, being more compact and storing more data. But technologies have changed fast, and they have or will become something of the past.

Other Types of DVD Cases

Speaking of box sets, they are a collection of DVDs that usually come with a cardboard sleeve. The dimensions of the box set would depend on how many DVDs it came with.

A digipack is a cardboard case that comes in 3, 4, or 6 sections. The tri-fold design allowed for multiple DVDs, as well as booklets, posters, or notes from the manufacturer. When folded, a tri-fold digipack for DVDs would usually measure 7.4 inches long, 5.45 inches wide, and 0.8 inches thick.

A clamshell case is a round plastic case that has a latch and 2 DVD-shaped panels. It would be made of semi-transparent plastic that people could add custom-made stickers or covers.

A drawer case is comprised of 2 components—the main plastic case and a sliding-out plastic case for the DVD. The entire unit would usually be covered in a plastic sleeve. Its dimensions depended on how many DVDs it came with.

How Do DVDs Compare to CDs and Blu-Rays?

Blu-Rays aren’t just the latest type of CD—it’s also the largest in terms of storage capacity and fastest in terms of data transfer rate. The following table will describe the main differences between CDs, DVDs, and Blu-Rays.

Will DVDs Make a Comeback?

It’s hard to tell. The demand for DVDs plummeted when Blu-Rays came around, and demand for both disc formats hit rock bottom when movie streaming platforms and cloud storage replaced everything they were designed to do.

However, one of the most surprising things about ancient data storage formats like vinyl records and cassette tapes is that they’re making a comeback! Perhaps it has to do with the hipster lifestyle in how everything way back when was superior to today’s technology, but the likeliest cause of the resurgence of old audio formats is nostalgia.

Maybe one day in the future, we’ll see DVDs and Blu-Rays make a comeback, but it might be too early to tell. All I can say for certain is that there are such things as rare DVDs that can make you some serious bank if it’s in the right condition. However, people still sell blank DVDs and Blu-Rays, so they probably won’t be gone from the face of the Earth for a couple of decades.