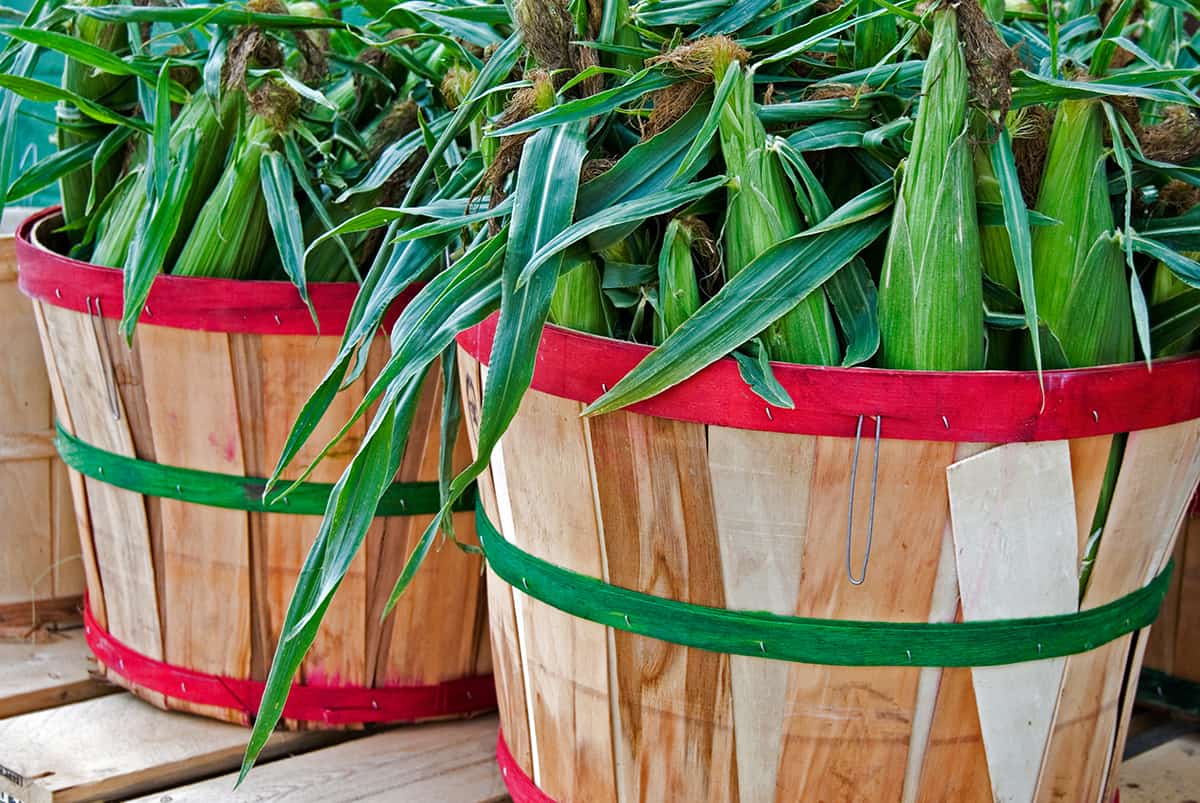 A bushel is a lesser-used unit of volume for agricultural products, including corn, which is the equivalent of 64 dry pints. So, how many bushels of corn would it take to reach a ton in weight?

The average weight of corn by the ear per bushel is 70 pounds. So, 1 ton of raw, whole corn would equal 28.6 bushels. As for corn kernels, you would need roughly 56 pounds to get to 1 bushel, which means 1 ton of shelled corn is the equivalent of 35.7 bushels.

In this guide, I’ll go into detail about how you can get these figures, how many bushels of corn are yielded per acre, and how many bushels it would take to get to 1 ton with other common agricultural products.

Bushels of Corn Are in a Ton

To calculate how many bushels of corn there are in a ton, you will first have to know the weight of corn by the bushel. In terms of corn ears, it would take about 70 pounds to get to 1 bushel, whereas shelled corn kernels will weigh 56 pounds per bushel.

How Many Ears of Corn or Corn Kernels Are There in a Bushel? 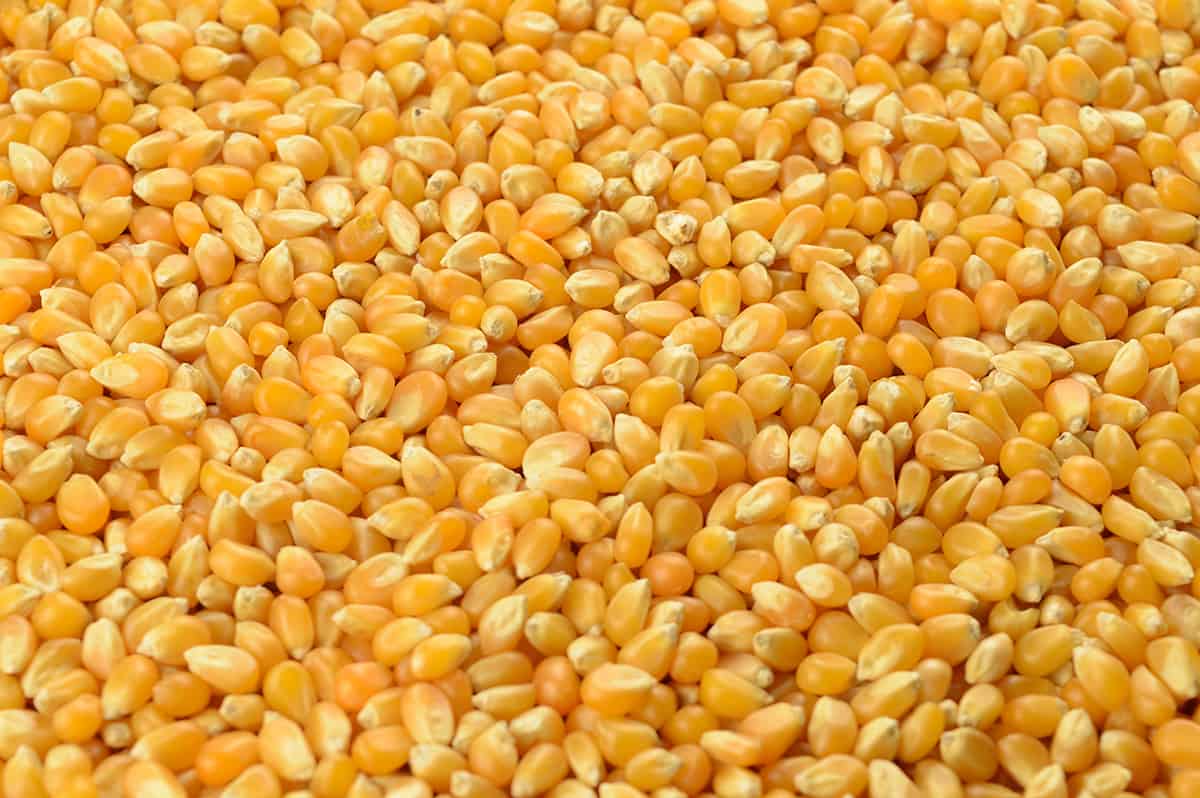 To take it a step further, we can easily calculate the number of corn ears and kernels there are per bushel.

An article in the Research Journal of Agricultural Science (PDF) concluded that the total weight of an ear of corn is around 350 grams, which is roughly the same as 0.8 pounds. Since a bushel contains 70 pounds of whole ears of corn, we can calculate how many ears it would take to reach one bushel.

According to the Institute of Agriculture and Natural Resources at the University of Nebraska-Lincoln, you would need to de-kernel 112 8-inch ears of corn to reach a bushel (56 pounds). Michigan State University found that there are roughly 385 kernels per ear of corn. So, the following calculations will show a rough estimation of how many kernels there are per bushel.

How Many Bushels per Acre? 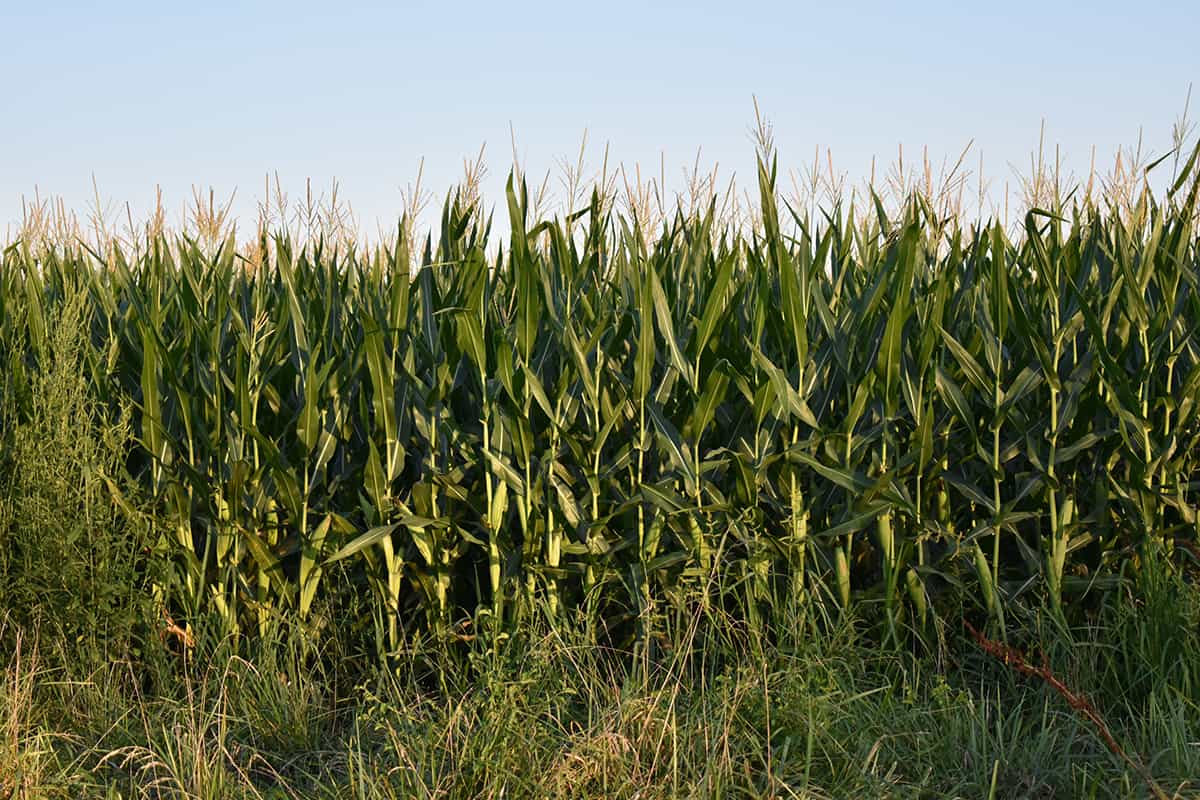 Based on a report from the United States Department of Agriculture, farmers managed to harvest a record of 177 bushels of corn per cornfield acre in 2021—5.6 bushels above the 2020’s figure of 171.4 bushels per acre.

Just for fun, let’s calculate how many ears of corn, corn kernels, and tons our farmers successfully harvested in their record-breaking year. For simplicity’s sake, let’s assume the yield (177 bushels) is the same for ears of corn and kernels.

Now, let’s take a quick look at how many bushels of common agricultural products are needed to reach 1 ton.