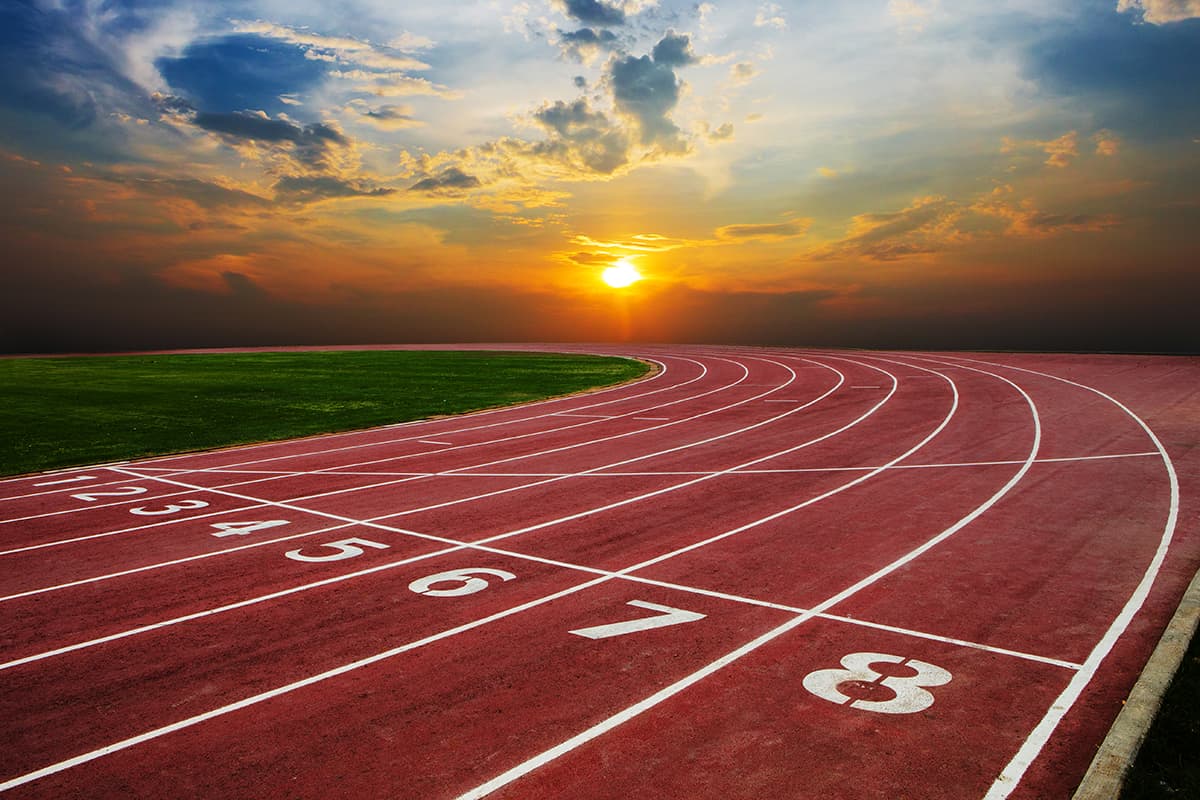 Have you seen the specialized courses where professional sprinters run a million miles per hour? That’s called a running track, and you can find them all over the place, especially on large high school and university campuses. But do you know what the dimensions of a running track are?

In this guide, I’ll go into greater detail about the dimensions of a running track, how it can be split into different track lengths, and the variances in its geometry.

What Is a Running Track? 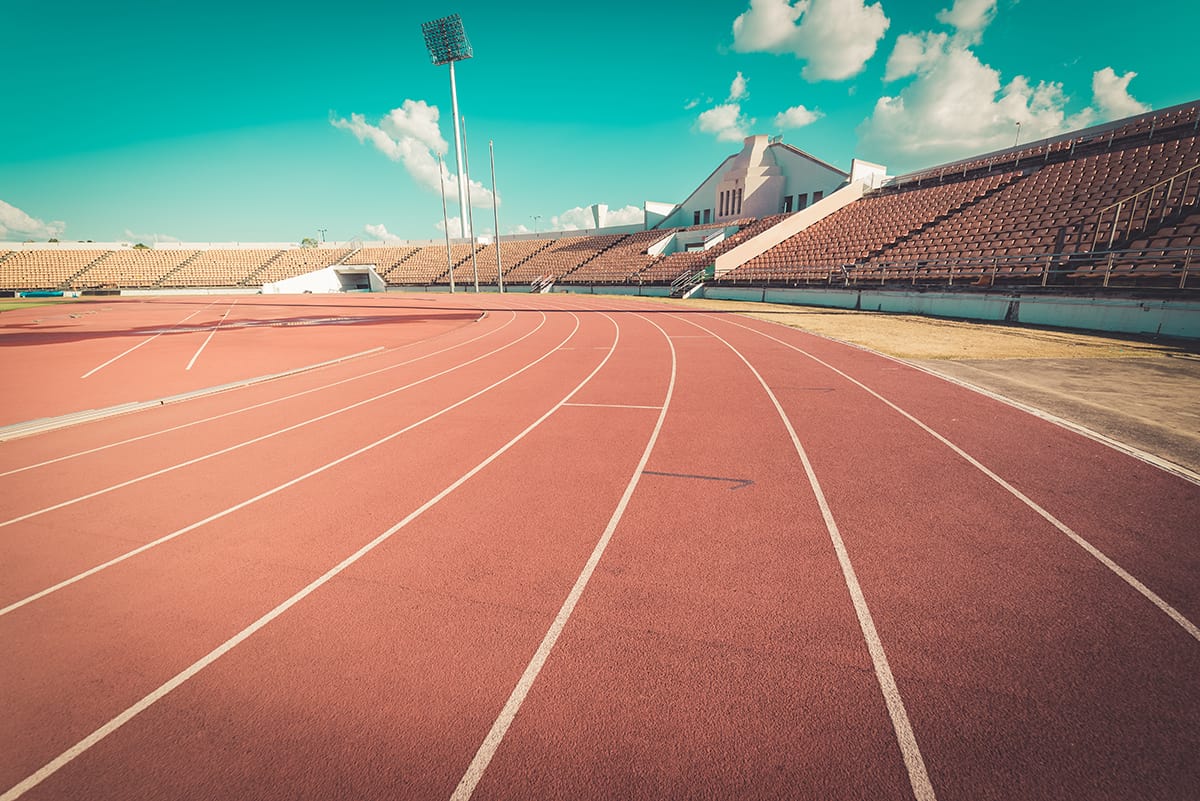 A running track is an oval-shaped track that is used for training and competitive track-and-field tournaments.

It usually has a rubberized surface that behaves similarly to a springboard to give sprinters a slight boost every time they pump their legs and propel their bodies forward. In addition, the rubberized surface also absorbs some of the shocks when a runner falls, lessening the potential of injury.

Initially, in Ancient Greece (776 BC or so), the running track would be only 600 feet (182.88 meters) long or roughly 45% as long as modern-day tracks. However, since the foot had yet to be standardized, the length of the track varied from city to city.

Today, running tracks are made to the specifications set by the World Athletics, formerly known as the International Association of Athletics Federation (IAAF). All running tracks used for official international tournaments should adhere to the same measurements, and you’ll also find this to be the case for high school and university running tracks.

There are multiple running track lengths, but the most widely used track measures 400 meters (1,312.34 feet) long. Here are the specific measurements used when designing and building a 400-meter-long running track.

While the IAAF allows for slight variances in terms of measurements, the overall oval design of the running track should remain the same.

The 200-meter race starts at the start of the second band and ends at the 400-meter line. The problem is creating a spot for 200-meter racers to begin. When competing in this category, the racers will begin at uneven points in the second bend. These uneven starting points are known as scratch lines.

The following table will describe how far into the bend each lane is relative to the 200-meter line.

What Track and Field Categories Are Held on a Running Track? 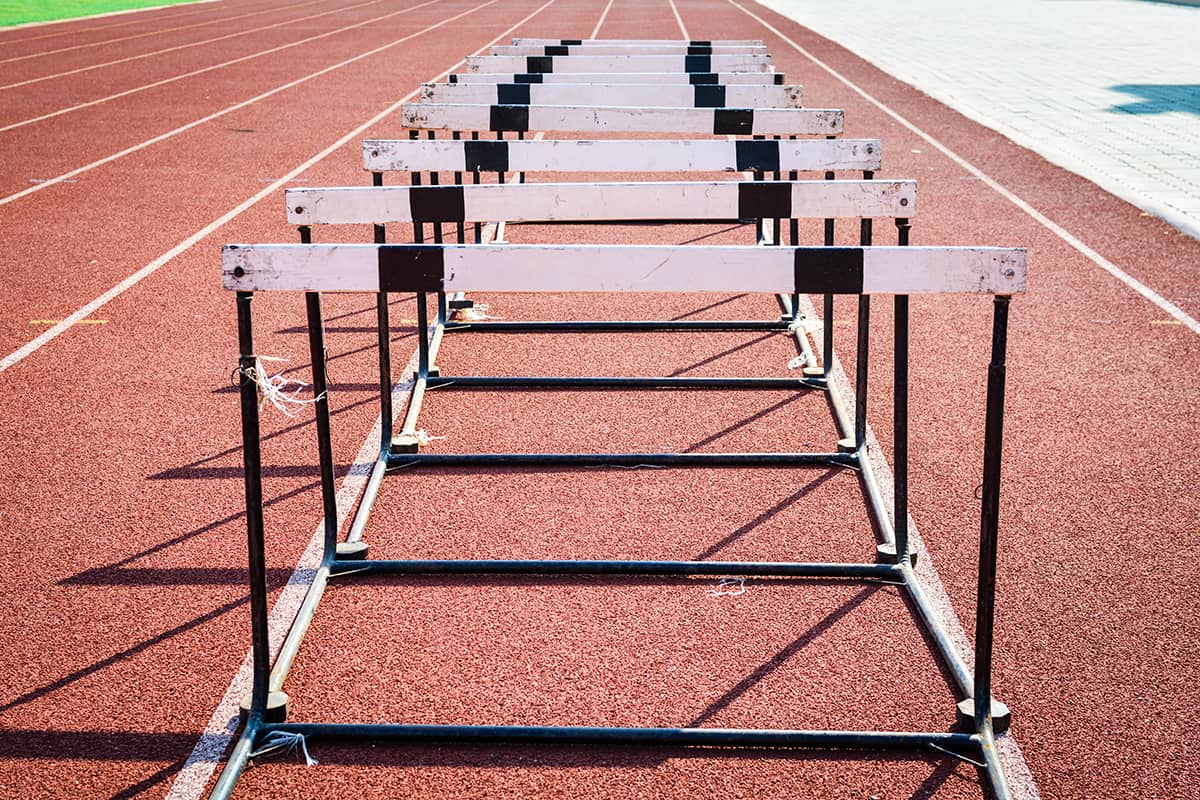 These are short-distance events where athletes sprint at top speeds to cover 100 meters, 200 meters, or 400 meters. The racers will have identical starting points in the 100-meter and 400-meter categories, while those competing in the 200-meter dash will have staggered starting points based on the scratch lines listed above. The uncommon 300-meter event starts at the end of the first bend and finishes at the 400-meter line.

These are tracks that involve circling the 400-meter-long track more than once to cover a distance of 800 to 1,500 meters. Some middle-distance running events can have runners competing to cover a distance of 1 mile (1.61 kilometers) to 3 kilometers (1.86 miles). Depending on the length of the race, the racers can start at the 400-meter line or at the scratch lines set on any of the 2 bends.

However, those events are usually reserved for international tournaments. To start off a national event, racers might be asked to participate in a 3,000-meter (9,842.52-foot) race that involves circling the 400-meter-long track 7.5 times, starting from the 400-meter point and ending at the 200-meter line.

Hurdling is the event where racers compete against each other to cover a distance of 100 to 110 meters (328.08 to 360.89 feet) while jumping over barriers known as hurdles. The hurdles stand at different heights based on the category.

In men’s hurdling events, the hurdles will stand 1.067 meters (3.5 feet), while female hurdlers have to jump over 0.838-meter-tall (2.75-foot) hurdles. Hurdling races start at offset course made for 100-meter dashes.

Teams of 4 athletes team up together to compete in a relay race. A baton is passed from athlete to athlete after covering a certain distance. The most common relay race categories are 4 × 100 meters and 4 × 400 meters. The starting lines are staggered to follow the scratch lines mentioned above.

What’s in the Middle of Running Tracks? 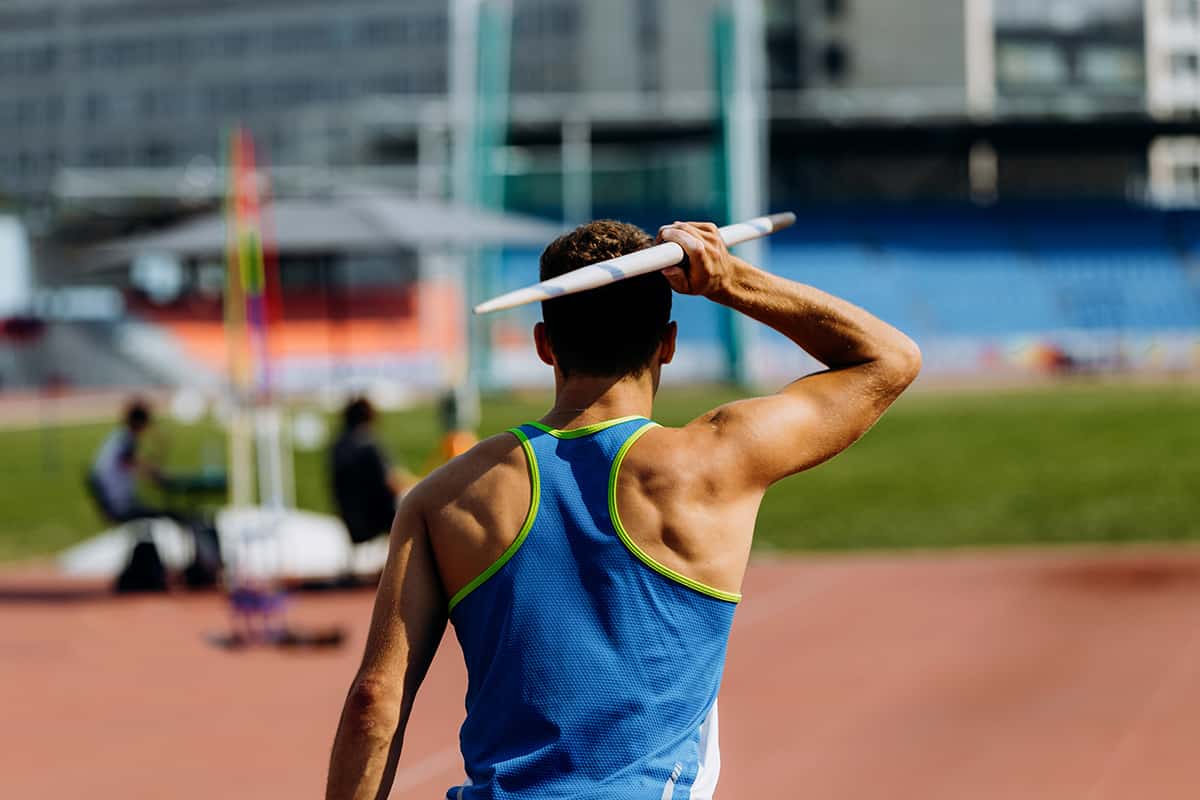 A running track is oval in shape but has a wide space in the middle. It just so happens that the space is large enough to fit an entire soccer pitch or football field. However, during track-and-field tournaments, the middle of the running track can be reserved for other events, such as jumping and throwing.

Only during training will the running track and the middle of the track be used simultaneously. This is to prevent javelin throwers, discus throwers, and shot-put throwers from causing injury to unsuspecting runners adjacent to the thrower’s starting points.