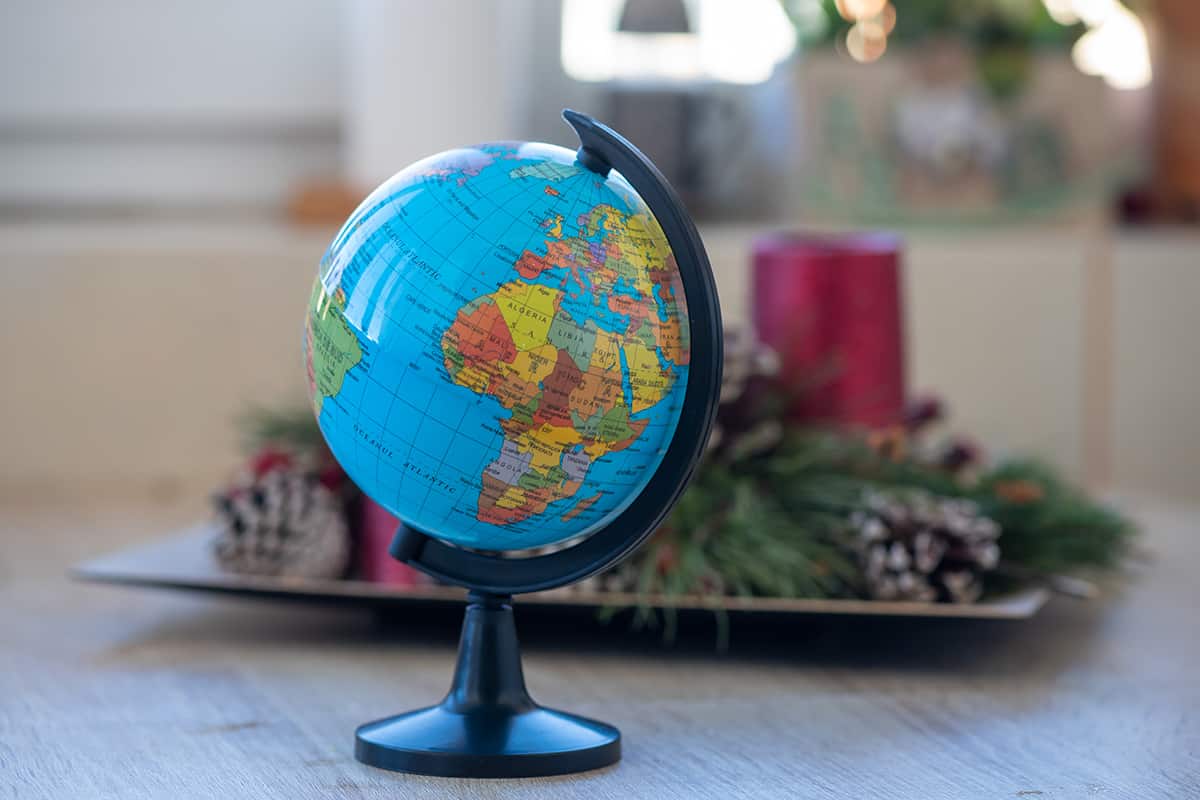 Do you want a simple object that reminds you of how small and insignificant you are on this planet? If so, then you might want to pick up a globe. As you probably know, these spherical models come in all sorts of sizes.

The standard size of a globe measures 9 and 15 inches in diameter. However, globes vary in diameter, from half an inch all the way up to 30 inches and beyond.

So, what globe size should you get for your study? In this guide, I’ll speak about the different globe sizes, and the various globe types and designs. I’ll also explain why globes and maps aren’t always 100% reliable. 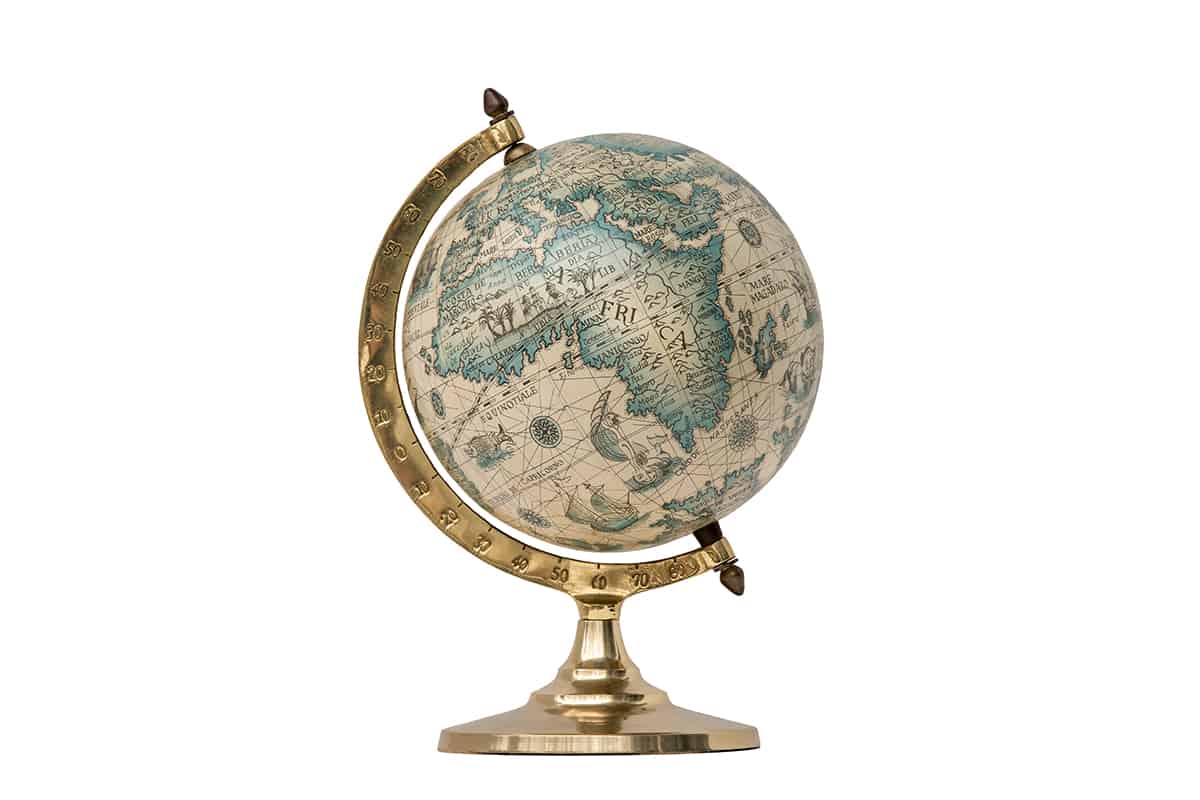 Are you looking for a globe that will fit in your pocket? Or perhaps you want a flashy oversized one that you can show off to all of your neighbors? Whatever the case may be, you should familiarize yourself with the different globe measurements.

So, how are globes measured? The measurement of a globe is its diameter or its equator, if you will. Although the Earth is an irregularly shaped ellipsoid—it’s slightly squashed at the poles—most globes are designed to be as spherical as possible.

Hence, globes will maintain a consistent diameter regardless of how you measure them.

With that out of the way, let’s take a look at the different globe sizes.

Some makers categorize globes measuring 3 inches or smaller in diameter as miniature globes. Due to their incredibly tiny sizes, they’re prone to becoming lost, which is why miniature globes are mainly used as pendants or as marbles.

As its name suggests, a pocket globe is one that will fit comfortably inside your pants or jacket pocket. It measures around 3 inches in diameter and sometimes comes with an exterior layer showing the position of the stars relative to the globe.

A small globe will measure between 3 and 9 inches in diameter. Most people will keep a small globe on their work table, but it can also be a greater conversation starter while it sits on your bookshelf.

And as the name suggests, a table globe is a medium-size globe that is usually seen on a desk or table while a typical map should be big enough to be visible on the wall.

A table globes ranges from 9 inches to 15 inches in diameter and spins on its north-to-south axis. Due to its wide base, you’ll have to dedicate around a square foot of tabletop space to accommodate it.

A freestanding globe is the type that you’d find in fancy libraries. It rests on a stand that is cut in the center of the table, exposing the northern hemisphere from the top.

These globes can be as big as 30 inches in diameter, but that’s not even the largest globe size out there.

Some globemakers really have no idea when to stop making their globes so large. Huge globes can measure over 30 inches in diameter, with some of them being over 4 feet wide! But the price tag of these globes is no laughing matter—they can cost upwards of $10,000! 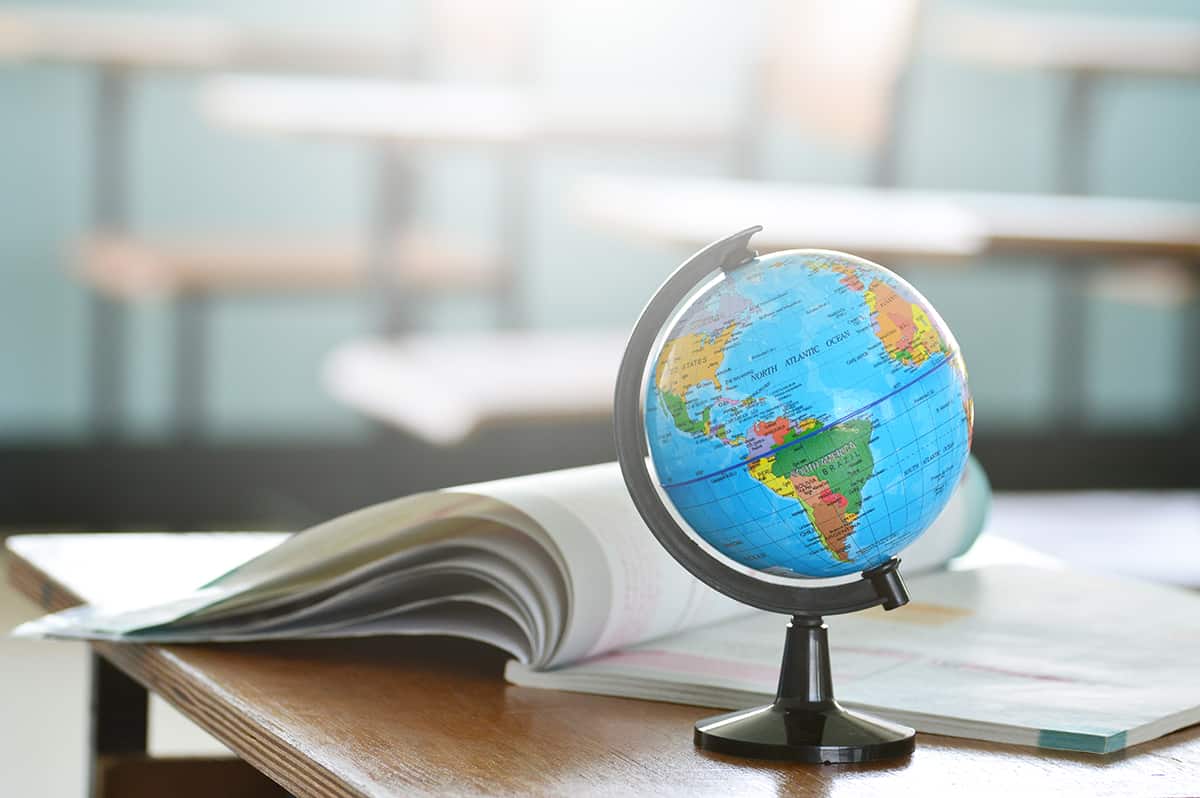 Most of us think of globes as being blue orbs made of cardboard that have ridges on them that represent mountain ranges. If you visit any elementary science classroom, that’s almost always what you’ll see.

However, globes come in a variety of types and designs. Let’s take a look at them right now.

Spinning—This is the type we’re most used to seeing. It is usually a ring that is fastened into the poles and allows it to spin on its vertical axis.

Levitating—Some of the fancier globes use magnets to levitate them a few inches above their base.

Art—Some globemakers put their heart and soul into their craft, which results in all sorts of creative globes that show the largest cities and different elevations.

Cork—Would you like to stick a thumbtack in a globe? If so, you might want to get a cork globe, which lets you mark which parts of the world you’ve already visited or plan to visit.

Wooden—A wooden globe is a globe that is chiseled and lathed from a single block of wood. As such, it can be pretty hefty, so say goodbye to your toes if the globe comes crashing onto them.

Illuminated—This type of globe also serves as a tabletop lamp. Each country is given a different color, so the globe will produce a beautiful kaleidoscope-like appearance on your walls at night.

Inflatable—This multipurpose globe can be used to teach students where certain countries and continents are, but it also makes for an excellent beachball.

Earth—Most globes will show the locations of the continents and countries. Others focus on showing different elevations.

Lunar—A lunar globe is a globe that is designed to look like our planet’s moon. If you’re wondering how globemakers managed to recreate the “dark side of the moon,” it doesn’t actually exist. Sorry to burst your bubble.

Planetary—Would you like to see what the surface of all the planets in our solar system looks like? If so, you should check out the different planetary globes, like Venus and Mars.

Celestial—This type of globe shows the location of the different Greek constellations relative to our planet at a specific point in time. 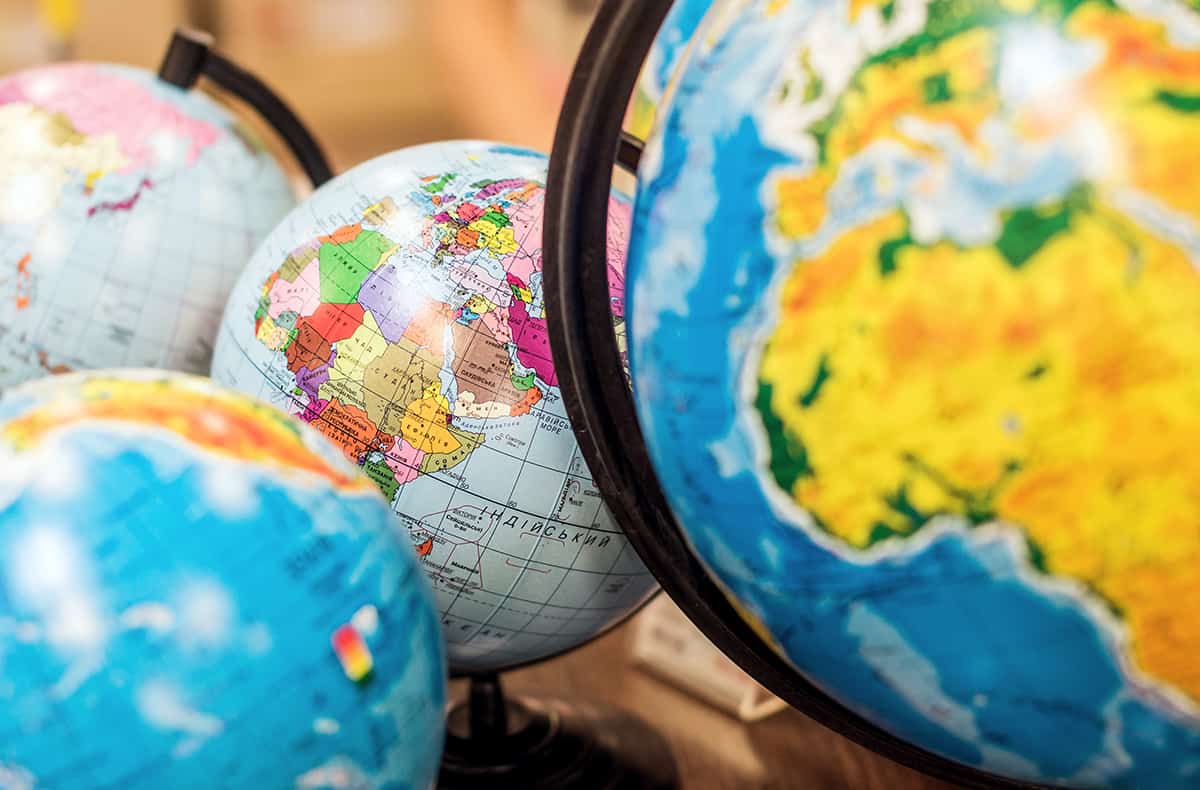 The problem with maps, in general, is that they are a subjective representation of what our work looks like. Mapmakers have historically faced problems with mapping our world, especially on a 2D surface where showing locations on a spherical object isn’t just inaccurate—it can be downright impossible!

Globes tend to be more accurate than maps, but they’re still not 100% true to life, especially if you’re trying to locate the borders of different countries.

The best globe in terms of geographical accuracy isn’t one that you can pick up at your local school supplies store. You might have to reach out to specialized globemakers to find a globe that’s as true to true to our world as possible, though it might cost you a pretty penny.