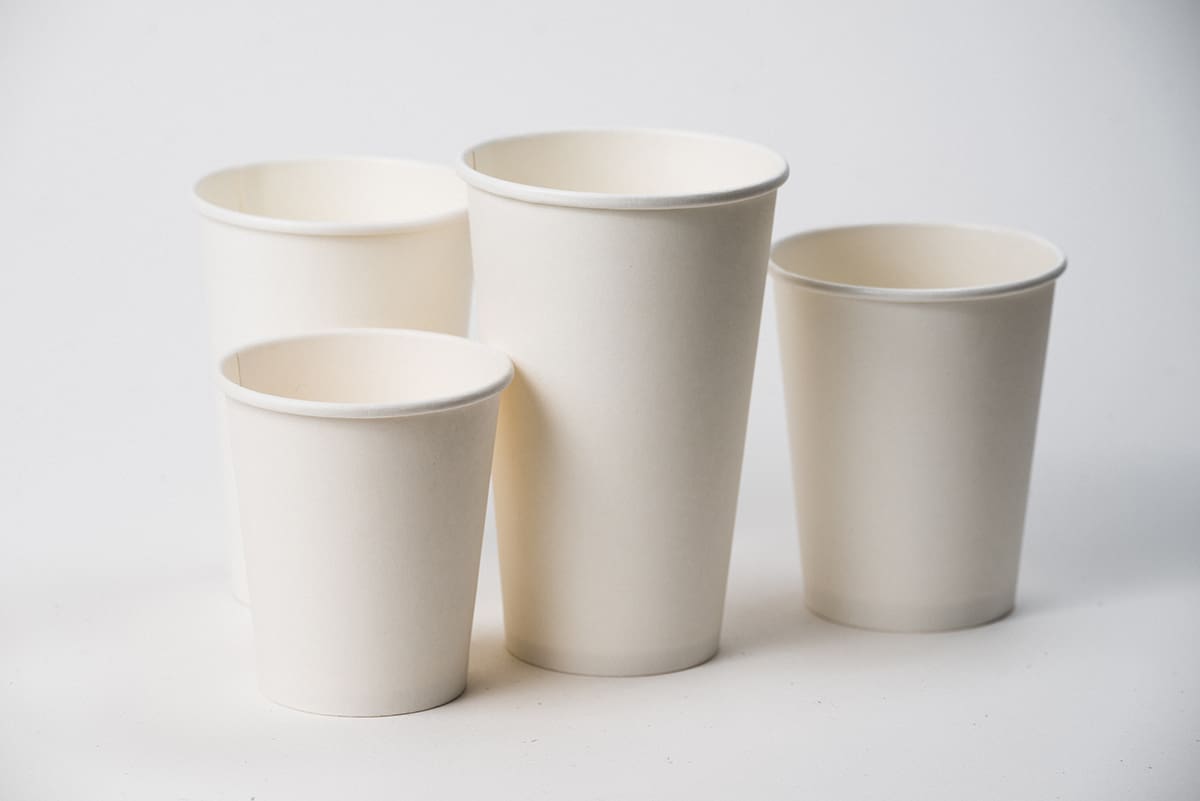 Figuring out Starbucks cup sizes as non-regular can be pretty confusing. For some odd reasons, the folks at Starbucks don’t use small, medium, and large like normal coffee shops. They use completely strange words that mean almost nothing out in the real world! So, before hitting your first Starbucks store, you need to know what the different cup sizes are.

Starbucks coffee is sold in 6 sizes:

The most common sizes are Tall, Grande, and Venti.

In this guide, I’ll explain in more detail what the different Starbucks cup sizes are, as well as why Starbucks uses a completely different sizing standard compared to other coffee shops.

If you’re a Starbucks virgin, then you probably aren’t familiar with the cup sizes the large coffee chain has to offer. The last thing any first-time goer would want is to be laughed out of the store when they feebly attempt to order a small or a medium cup of coffee to go.

So, to prevent this embarrassment from afflicting you, you should familiarize yourself with the different cup sizes.

The word demi, which is short for demitasse, means “half-cup” in French. Oddly enough a full cup is 8 ounces, but Starbucks’ take on half-cup portions is only 3 ounces.

However, since demi cups are used for serving single-shot espressos, which only take up around 1 ounce, there will be plenty of room left in the cup to swirl your drink. You can also order a double shot of espresso and the barista will pour you one in a demi cup.

A short, which is 8 ounces or equal to a cup, is the go-to size for child-friendly serving portions. Word has it that the short cup size used to be a regular part of the menu, but as Starbucks expanded, the 8-ounce container somewhat went the way of the dinosaurs.

That said, it’s still possible to pick up a short cup of hot chocolate or another non-caffeine drink for your kid in a short cup size. At most, the barista will fill it up to 6 ounces, so your hot cocoa won’t flow out the cover.

This is the first of the 3 most common cup sizes offered at Starbucks. While not small by any means, it’s the smallest of the 3 with a holding capacity of just 12 ounces.

Tall cups are usually used for milk-based beverages with a shot or 2 of espresso. You can also order specialty drinks in tall cups, which take a while to make but are customizable down to the pumps of syrup you wish to add.

The Grande cup is the second most commonly ordered cup size at Starbucks, as well as the second cup size with a foreign name. The word Grande translates to “large” from Italian, although this size actually fits the medium-size category better since it’s the second largest among the 3 common drink sizes.

A Grande cup can hold as much as 16 ounces of a drink, making it perfect for non-coffee lovers who want a “healthy” dose of green tea, milk, or tea in the morning. You can also get coffee-based drinks in this bad boy, but such a large cup size is usually reserved for iced coffees and blends.

The Venti cup is the third and final common cup size at Starbucks. Its name translates to “20” from Italian, which is befitting since it can hold 20 ounces of coffee at once. However, this only refers to hot drinks—if you ordered an iced beverage in a Venti cup, you’d receive a 24-ounce cup.

While there’s a difference in capacities between hot and iced Venti cups, the liquid amount of your selected drink is the same. The additional 4 ounces of empty space is supposedly used for the ice, so you don’t end up paying the same price for 16 ounces of a drink and 4 ounces of frozen water.

The demi cup size is not the only strange item in terms of its name and translation. Trenta translates to 30 from Italian, but in actuality, the Trenta cup size holds up to 31 ounces of your beverage. For all intents and purposes, Trenta would be what normal people consider the XL cup size at Starbucks.

Unfortunately for the hot coffee lovers out there, you cannot order a hot drink in a Trenta cup. This cup size is reserved specifically for iced beverages that amount to roughly 24 to 25 ounces of liquid with the remainder being ice. If you can down an entire Trenta of coffee in one sitting, that’s roughly equal to 4 servings of coffee.

Why Are Starbucks’ Cup Sizes Different? 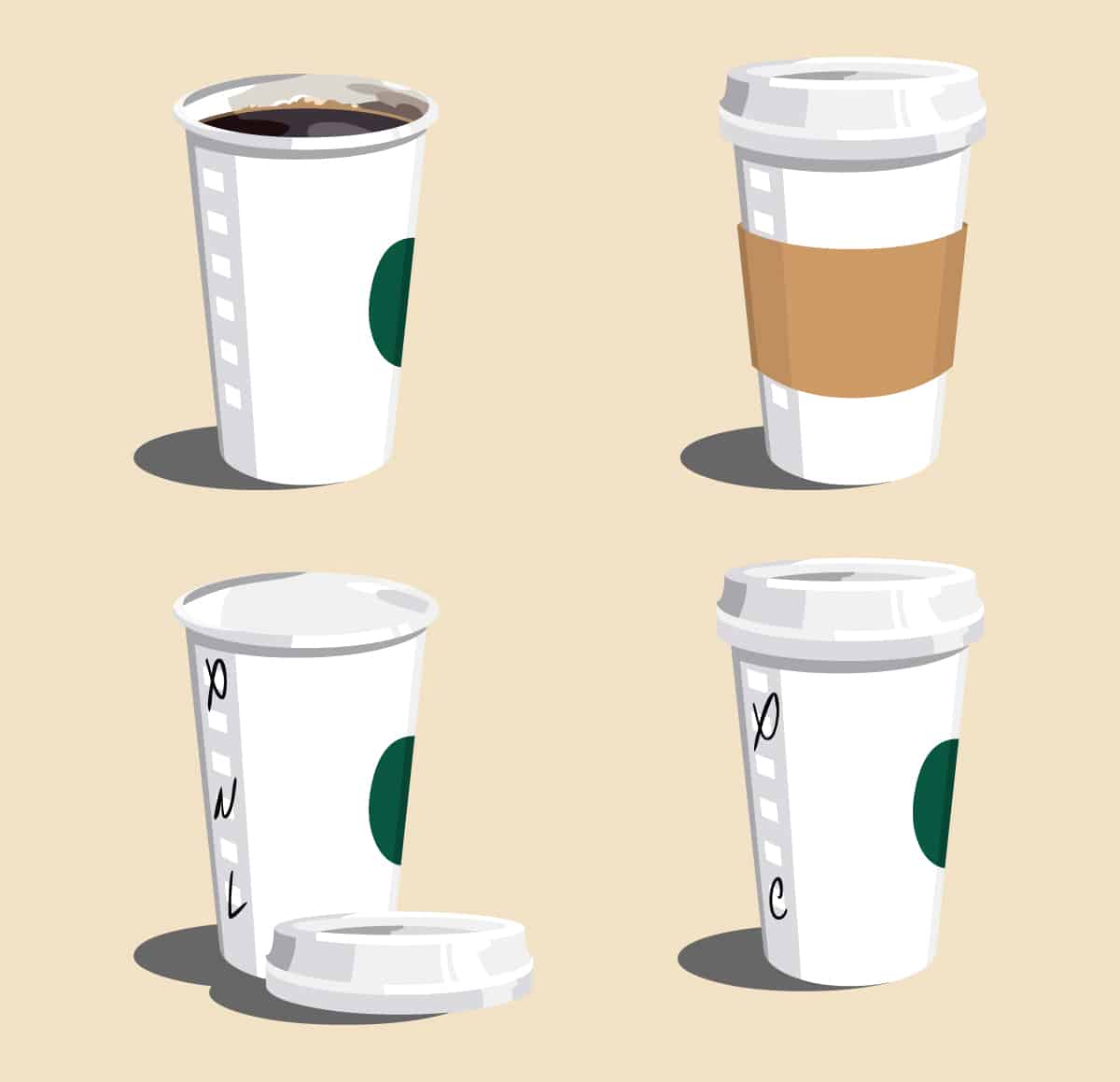 If you’re wondering why Starbucks uses such a strange sizing system for their drinks, you’re not alone.

The simple reason for this is that Howard Schultz, the former Head of Marketing at Starbucks who went on to purchase the company in 1985, wanted to infuse a bit of Italian exoticness with an American coffee chain. To do this, he adopted Italian words to describe the coffee sizes, though the demi cup size is an anomaly.

It all started when Howard was sent on a trip to learn about the exciting coffee culture in Milan. Astounded by the 1,500-plus coffee shops in a single town, Howard suggested opening numerous Starbucks chains, but the then-owners weren’t completely on board with the idea.

So, Howard started his own coffee company, Il Giornale, which immediately exploded. When Starbucks was put up for sale, Howard immediately seized operations of the company and implemented his newly gained marketing campaign to change all the boring drink sizes (small, medium, large) to the more exciting, slightly pretentious ones we know today.