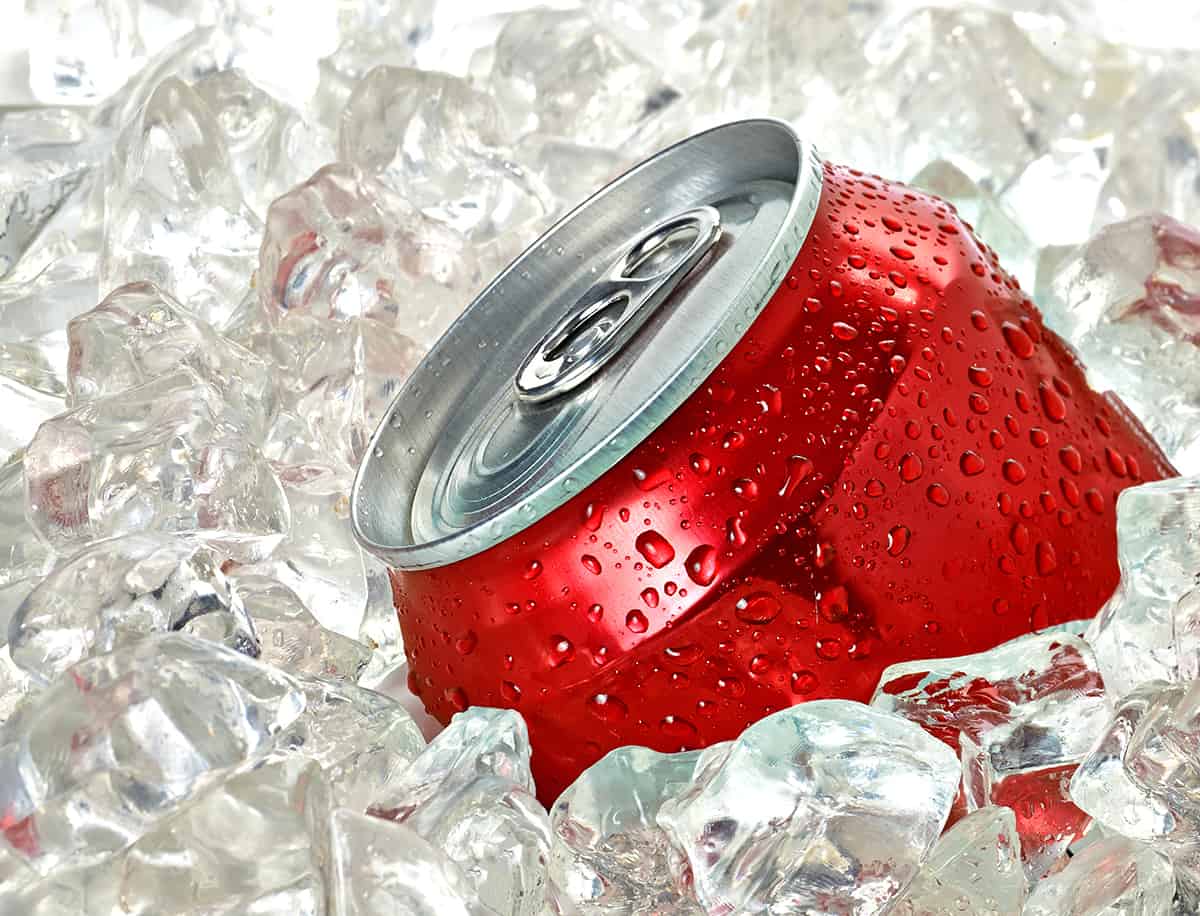 You may have realized that Coke cans have changed over time. Coca-Cola was initially sold in 6.5-fluid-ounce (177-milliliter) contour bottles, as well as through soda fountains. After several decades, the company started selling the drink in larger 10- and 12-fluid-ounce (296- and 355-milliliter) cans.

If you’d like to learn more about Coke can dimensions, I invite you to continue reading. Below, I’ll describe Coke can sizes and how they have evolved throughout the years. 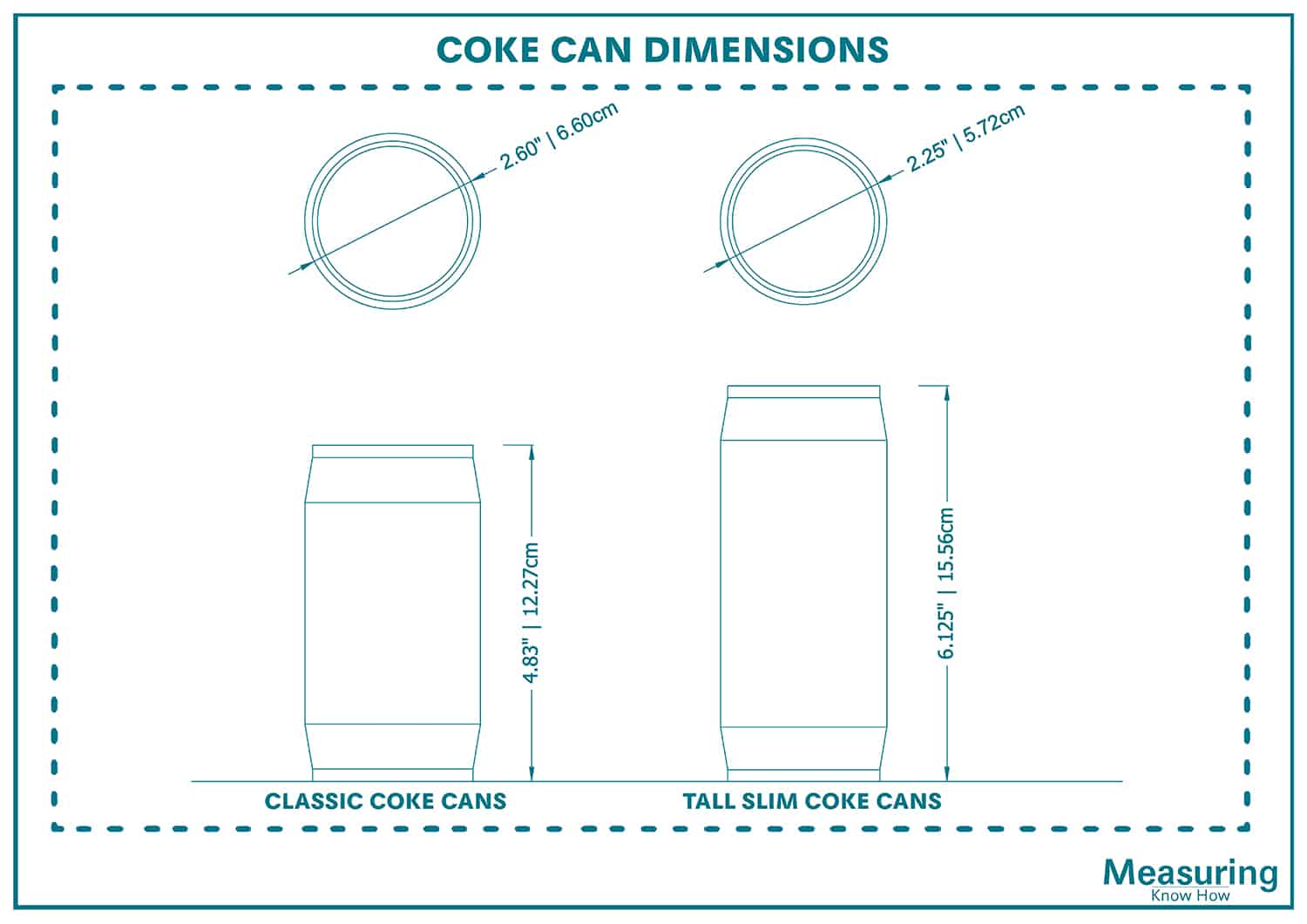 According to the history of the Coca-Cola bottles, Coca-Cola, which is simply referred to as Coke, was originally sold in iconic contour bottles. There were also soda fountains that dispensed a syrup that a server would mix with cold seltzer water.

These Coke (the drink) delivery systems lasted for decades until 1960 when Coca-Cola (the company) started packaging their popular beverage in 12-fluid-ounce (355-milliliter) cans.

From the beginning, 12-fluid-ounce Coke cans measured 2.60 inches (6.60 centimeters) at their widest points while standing 4.83 inches (12.27 centimeters) tall. Many soft drink and canned drink manufacturers follow these dimensions, which are the standard can dimensions for 12-fluid-ounce drinks.

After the rising popularity of the tall, slim 12-fluid-ounce can, which was triggered by energy drink manufacturers like Red Bull, Coca-Cola decided to follow suit. Today, you may come across tall, slim Coke cans measuring 2.25 inches (5.72 centimeters) in width and 6.125 inches (15.56 centimeters) in height.

One clear advantage of using slim cans as opposed to standard cans is the amount of shelf space each can takes. While they take up more vertical space, retailers can place more cans on shelves, which prompts them to place higher order quantities per transaction.

One thing many consumers have come to realize is that Coke cans, as well as cans made by any soft drink manufacturer, are shrinking.

Fox News claims that both Coca-Cola and PepsiCo have decided to reduce their can sizes. They have introduced a “mini-can” variety, which contains just 7.5 fluid ounces (221.80 milliliters) of the popular drinks. The companies also brought forth 8- and 8.5-fluid-ounce (237- and 251-milliliter) bottles to the market.

The reason for doing this is to induce less guilt in consumers. I don’t have to be the one to tell you that Coke can be bad for you. So, to offset the guilt consumers would have of finishing an entire 12-fluid-ounce can in one sitting, these mega beverage companies have reduced portion sizes by up to 37.5%.

The 330-milliliter Coke Can 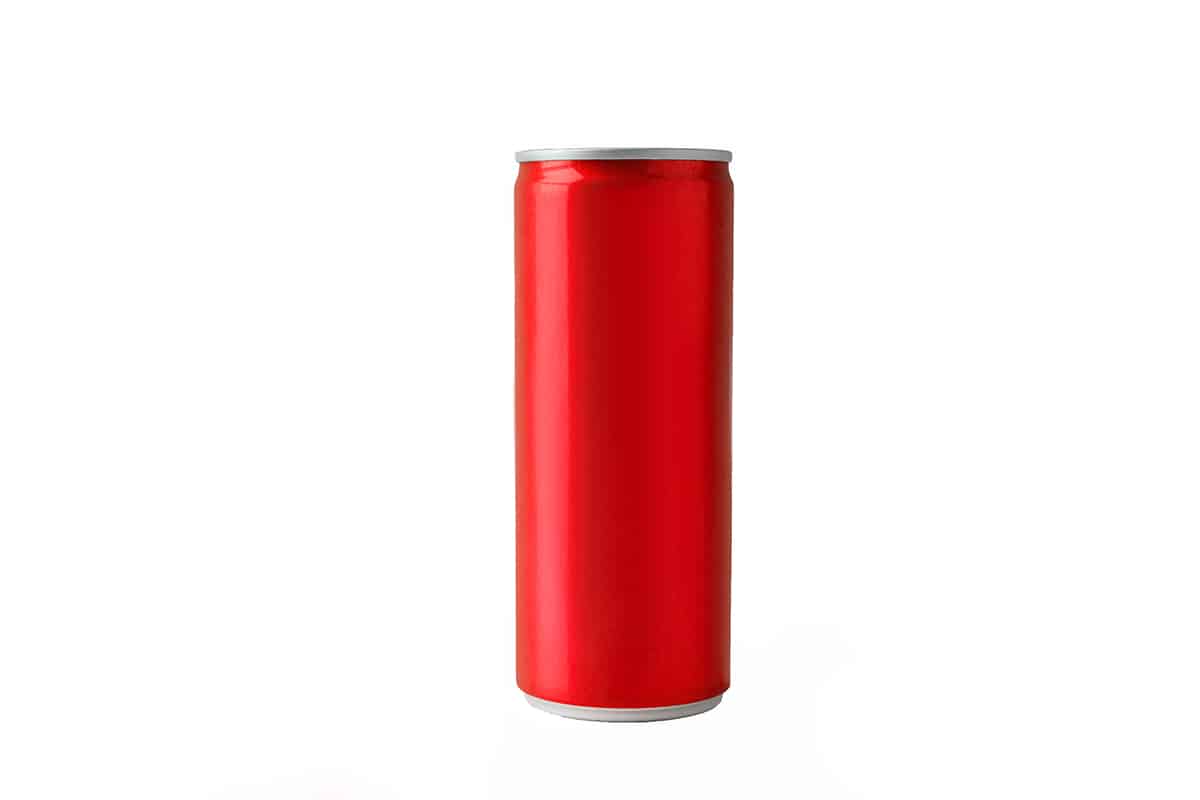 There was a significant change in Coke can dimensions in South Africa back in 2018, which was caused by a sugar tax. According to the tax law, Coca-Cola would have been subjected to pay 2.1 cents per gram of sugar after the first 4 grams per 100 milliliters (3.38 fluid ounces).

While the amount of sugar per can of Coke varies between countries, Coca-Cola has admitted that there would be around 39 grams of sugar per 12 fluid ounces of Coke. The new sugar tax law in South Africa would have forced Coca-Cola to fork over 7.455 cents in fines for every 12-fluid-ounce can of Coke manufactured and distributed.

What Coca-Cola South Africa decided to do was reduce the can’s size by about 10% to 330 milliliters (11.16 fluid ounces). While the company would still be fined heavily by the newly imposed sugar tax, the reduced can size meant lower manufacturing costs, which may have offset the fines.

Different Coke Can Sizes Between Countries

Here’s a quick rundown of the different Coke can sizes in different places:

1. What soft drink brands does Coca-Cola own?

According to the Coca-Cola Company website, Coca-Cola owns 8 sparkling soft drink brands. Apart from Coke, there are Appletiser, Barqs Root Beer, Diet Coke, Fanta, Fresca, Schweppes, and Sprite. All of its soft drinks are sold in aluminum cans.

2. What happened to Coca-Cola fountains?

Classic Coca-Cola fountains have become extinct. While the idea of pouring and preparing a batch of Coke in front of customers might seem like a good idea for restaurants, it’s actually a tremendous source of pain. The server would have to diligently pour the proper amount of Coke syrup into a glass before adding the right amount of cold seltzer water to produce a single serving. With bottles and cans, Coca-Cola is better able to monitor quality and taste consistency

3. What are Coke cans made of?

According to Coca-Cola UK, Coke cans consist of 56% new aluminum and 42% recycled aluminum. The remaining 2% of the Coke can may be a mixture of different metals, including iron and manganese.

4. Should I wash Coke cans?

Yes, you should. A study conducted by CBS 11 concluded that soda cans (not just Coke) purchased from common retailers like gas stations and grocery stores were covered in germs. Those from gas stations even contained traces of coliform on the can’s exterior. So, before putting a Coke can—or anything, for that matter—to your lips, make sure you wash and rinse it thoroughly.