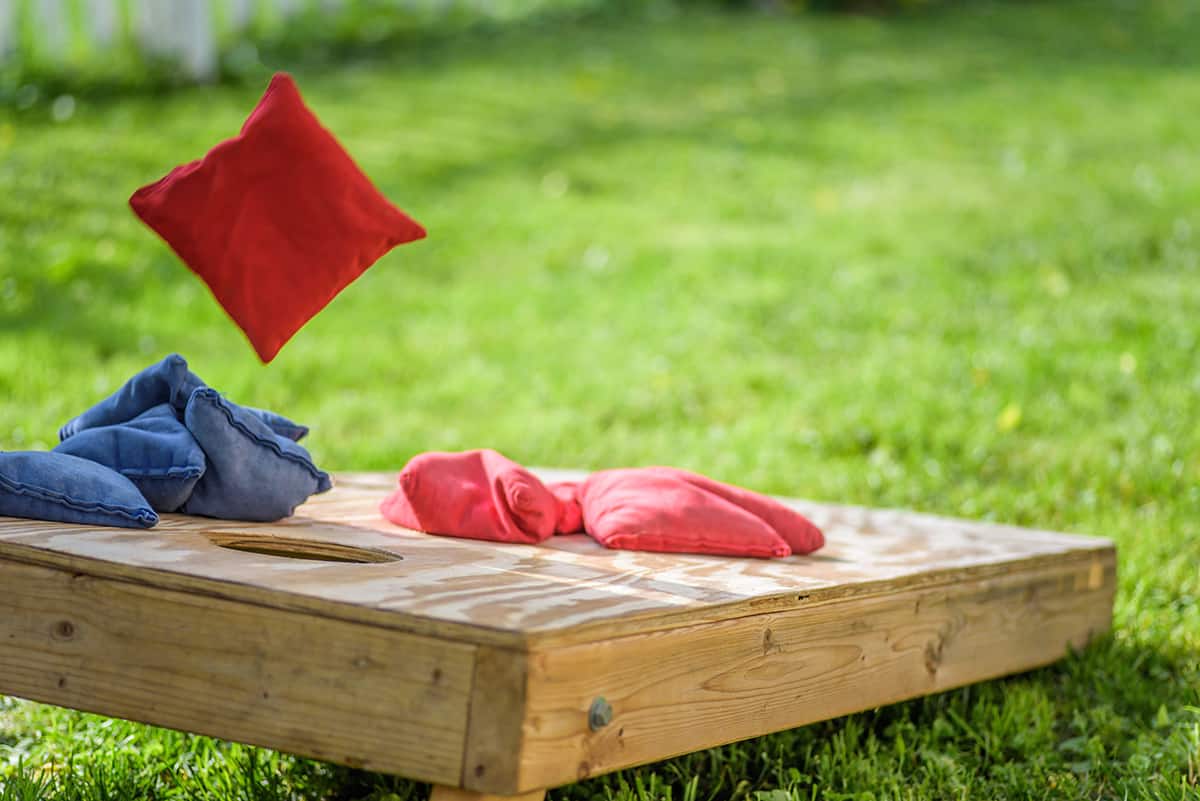 Have you ever dreamed of there being a sport where players toss tiny bean bags into a hole? Well, there is; it’s called cornhole.

This hilarious-sounding sport is actually pretty popular, what with everyone dreaming of tossing bean bags into tiny holes 27 feet away. But how large or tiny are the bean bags?

A cornhole bag, also known as a bean bag, used in a game of cornhole is a 6-inch square that measures between 1.125 and 1.5 inches thick. A regulation cornhole bean bag weighs between 14 and 16.5 ounces.

So, what exactly is cornhole? What do you need to play cornhole? And how do you design a cornhole court? I’ll answer these questions and more in the following sections. 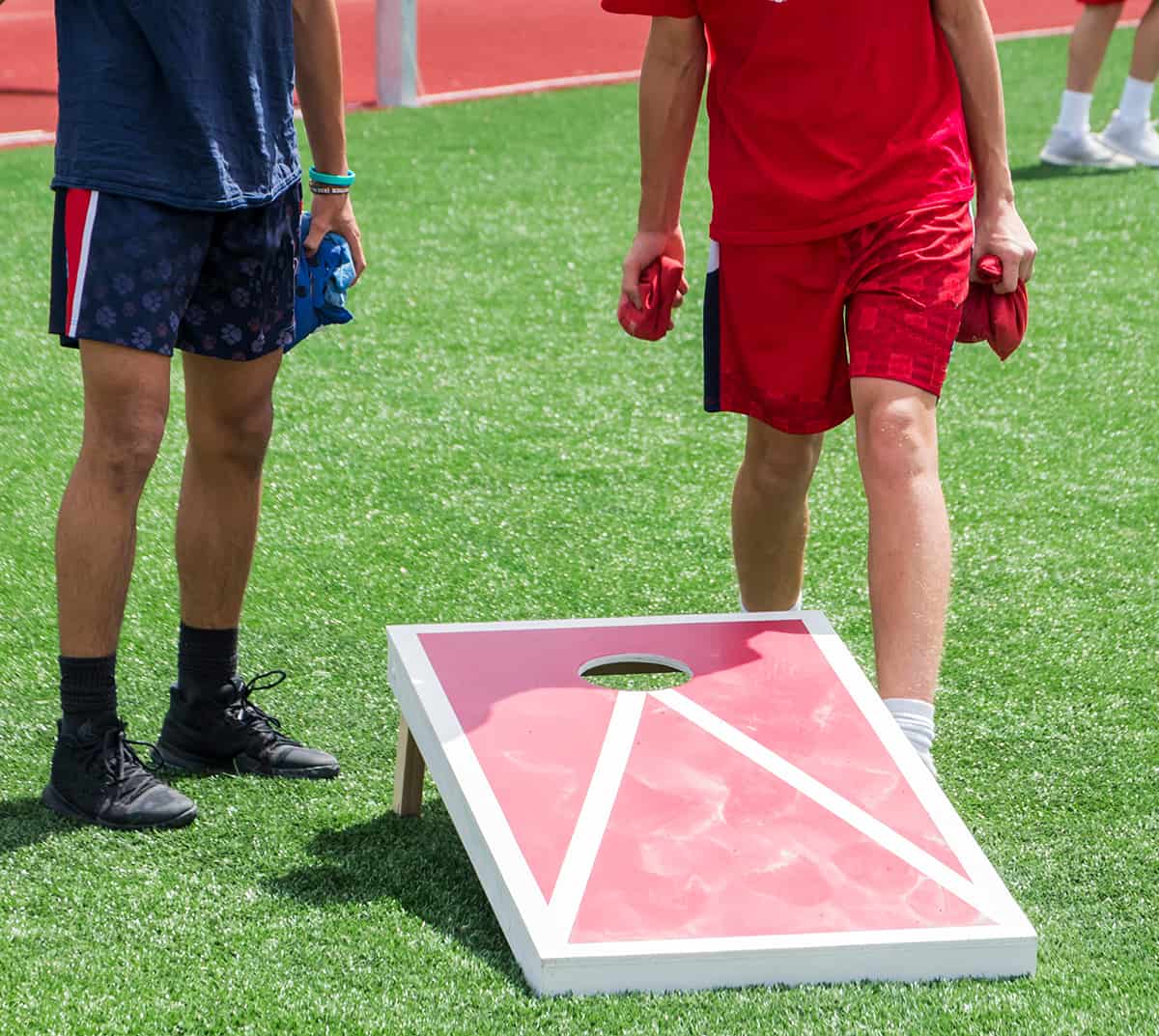 For lack of a better description, cornhole is a game where players take turns tossing bags, known as bean bags, into a hole. The hole, which is also called the target, is drilled into a board that is propped up at an angle, with the hole being higher up than the bottom portion of the board.

Cornhole is a lot like horseshoes in terms of how it’s played. Its precise origins have not been conclusively found, but some believe that it was invented sometime in 14th-century Germany, while others claim that it is an All-American (Native American, to be precise) sport created by the Blackhawk Tribe.

Regardless of where you think it was made, cornhole was eventually a serious enough backyard sport that people decided to create leagues for it. The American Cornhole Association, which is one of the top leading organizations in all things cornhole-related, regulates conduct and gameplay. USA Cornhole, which was founded in 2019, aims to bring it to the Olympic stage, though there is doubt whether this will actually come to fruition. 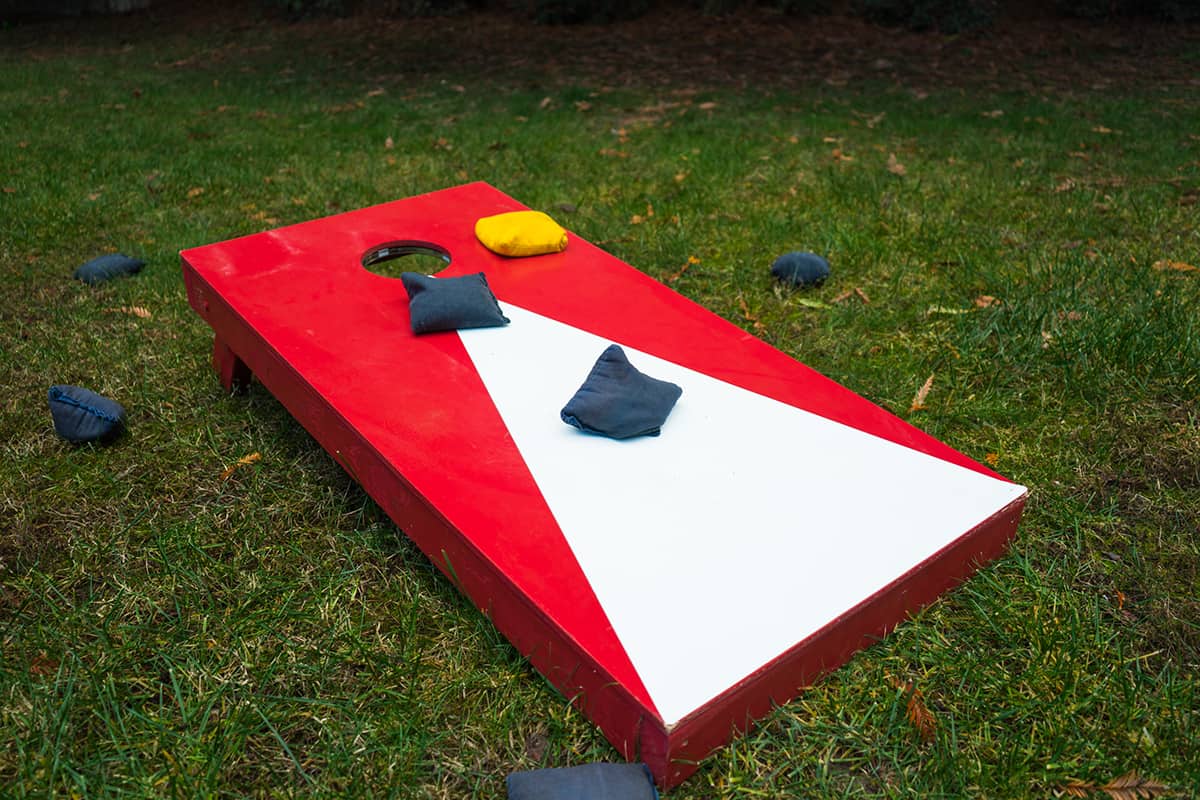 To play a serious game of cornhole (or as serious a game as cornhole can get), you will need to get your hands on 2 basic supplies—bean bags and a cornhole board.

A cornhole bean bag, known simply as a bean bag, is the bean-filled bag that you toss into a target. The bean bag should have a fabric exterior and be filled with whole corn kernels or resin pellets. Corn kernels are used due to their durability. Even though the dried kernels will eventually turn into a powder with excessive play, the dust has a minimal impact on the overall weight and feel of the bean bag.

A regulation bean bag must be a 6-inch square and have a thickness of between 1.125 and 1.5 inches. The overall weight of a new bean bag should be between 14 and 16 ounces.

However, if you shop for supplies at the American Cornhole Association’s website, you can find a bean bag variant that measures 4 × 4 inches with a thickness of about ¾ of an inch and weighs about 10 ounces.

Cornhole Board Dimensions and Specifications

The board is the wooden plank at which the bean bags are thrown. It consists of 3 main components, the flat playing surface, the hole, and support legs.

A regulation cornhole board should measure 47.5 to 48 inches long and 23.5 to 24 inches wide. The hole should measure 6 inches in diameter. The center of the hole should be spaced 12 inches from the sides of the board and 9 inches from the top of the board. The support legs should prop the top of the cornhole board 12 inches above the surface of the ground.

Here is a breakdown of ACA-regulated cornhole boards: 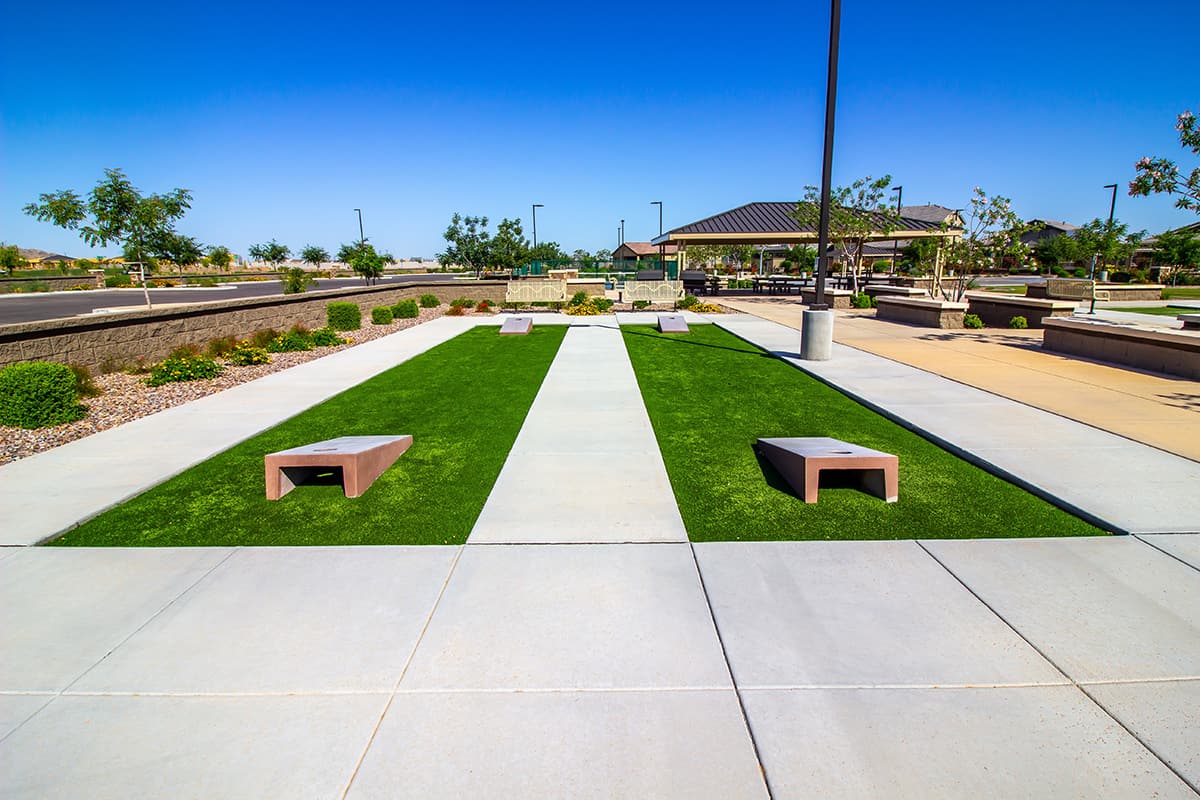 Cornhole is played on a flat court that measures 40 to 45 feet long and 8 to 10 feet wide. Ideally, you will have 2 cornhole boards spaced at the center of both ends with their top sides being closer to the ends of the court. The court should be as flat as possible.

A cornhole court consists of the following parts and markings.

Foul Lines—The imaginary or drawn lines that are parallel to the bottom of the cornhole board that extends to the sides of the court.

Side Lines—An optional line you can draw that defines the lengthwise perimeter of the court. It should measure 40 to 45 feet long.

Base Lines—An optional line you can draw that defines the widthwise perimeter of the court. It should measure 8 to 10 feet long.

So, here is how you set up a regulation cornhole court:

Find a sport in your backyard or an open field that measures 40 to 45 feet long and 8 to 10 feet wide.

Define the base lines on each end of the court, as well as the side lines. The 4 lines together should create a perfect right rectangle.

You can draw lines from the bottoms of each cornhole board to the sidelines, making a line parallel to the baseline. This is the foul line.

The imaginary boxes on both sides of each cornhole board and behind the foul lines are the pitchers’ boxes.

How to Play Cornhole

To play cornhole, you will need the following: