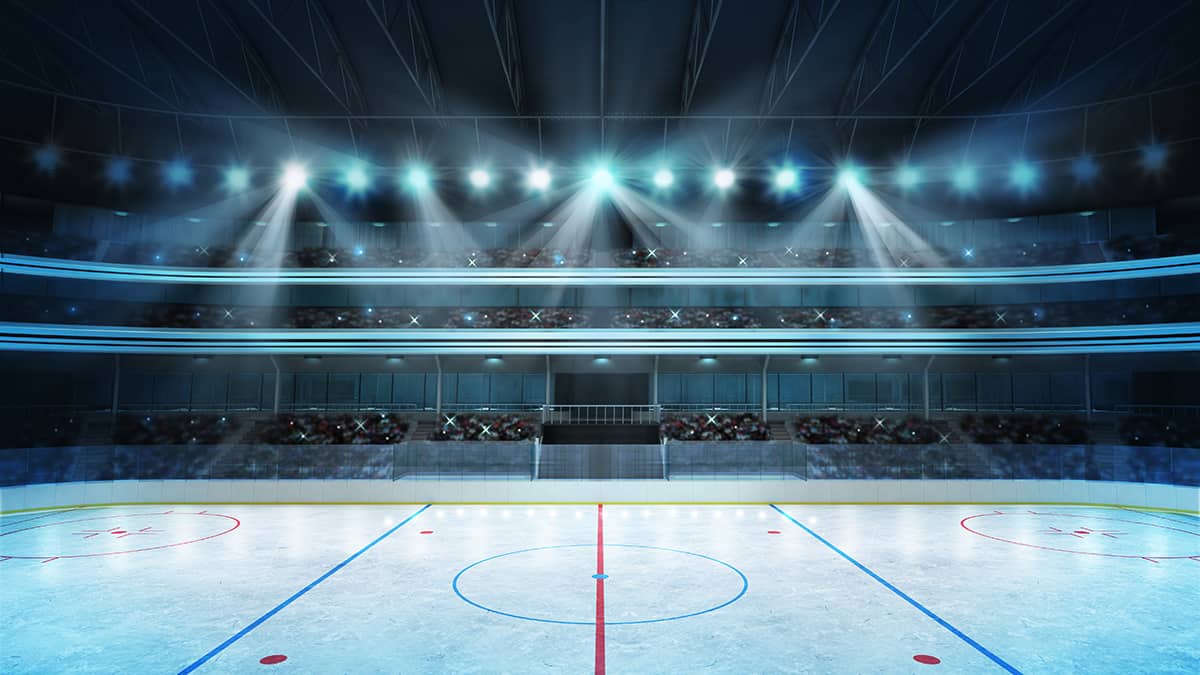 Believe it or not, the history of hockey started roughly 4,000 years ago in Ancient Egypt. The sport would eventually make it to the Roman and Greek Empires and even across the pond to Mexico, where the Aztecs played a crude version of modern-day ice hockey.

It wasn’t until around the 18th century in England that the sport began to resemble what we know today as hockey. The first-ever hockey organization started in 1876 but lasted a mere 6 years. In 1908, hockey became an Olympic sport. 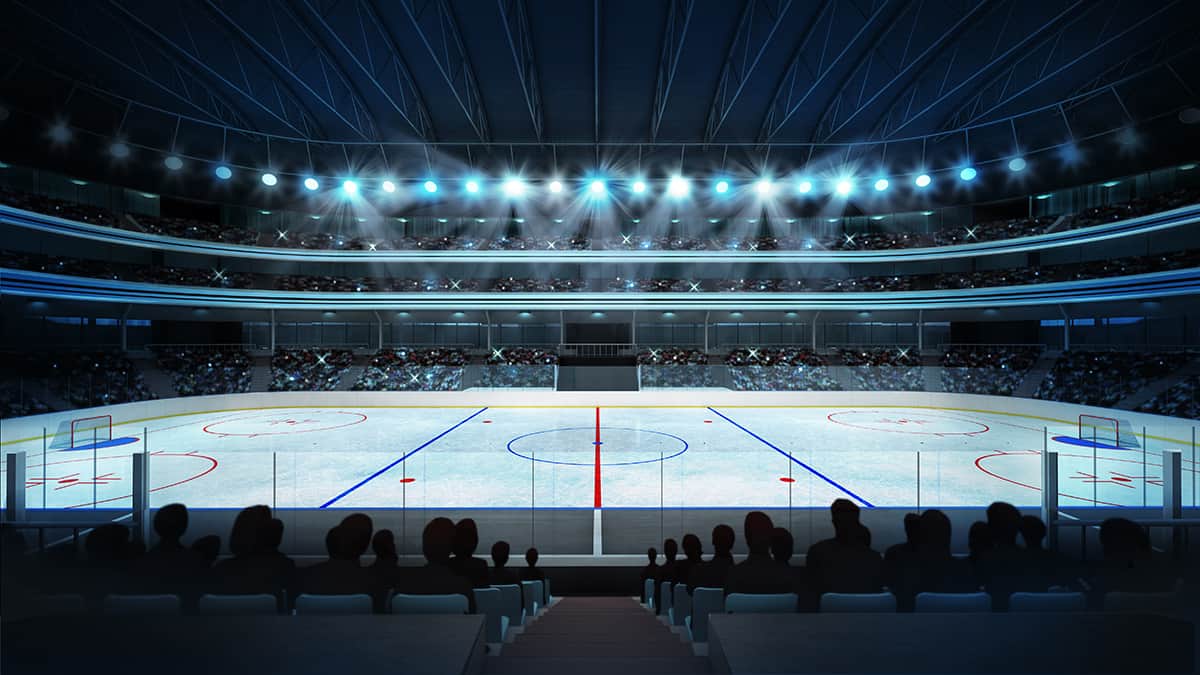 Not all hockey rinks are built the same since there are 2 ice hockey rink dimension standards. North America follows the standard set by the National Hockey League (NHL), while the rest of the world adheres to the International Ice Hockey Federation’s (IIHF) guidelines. 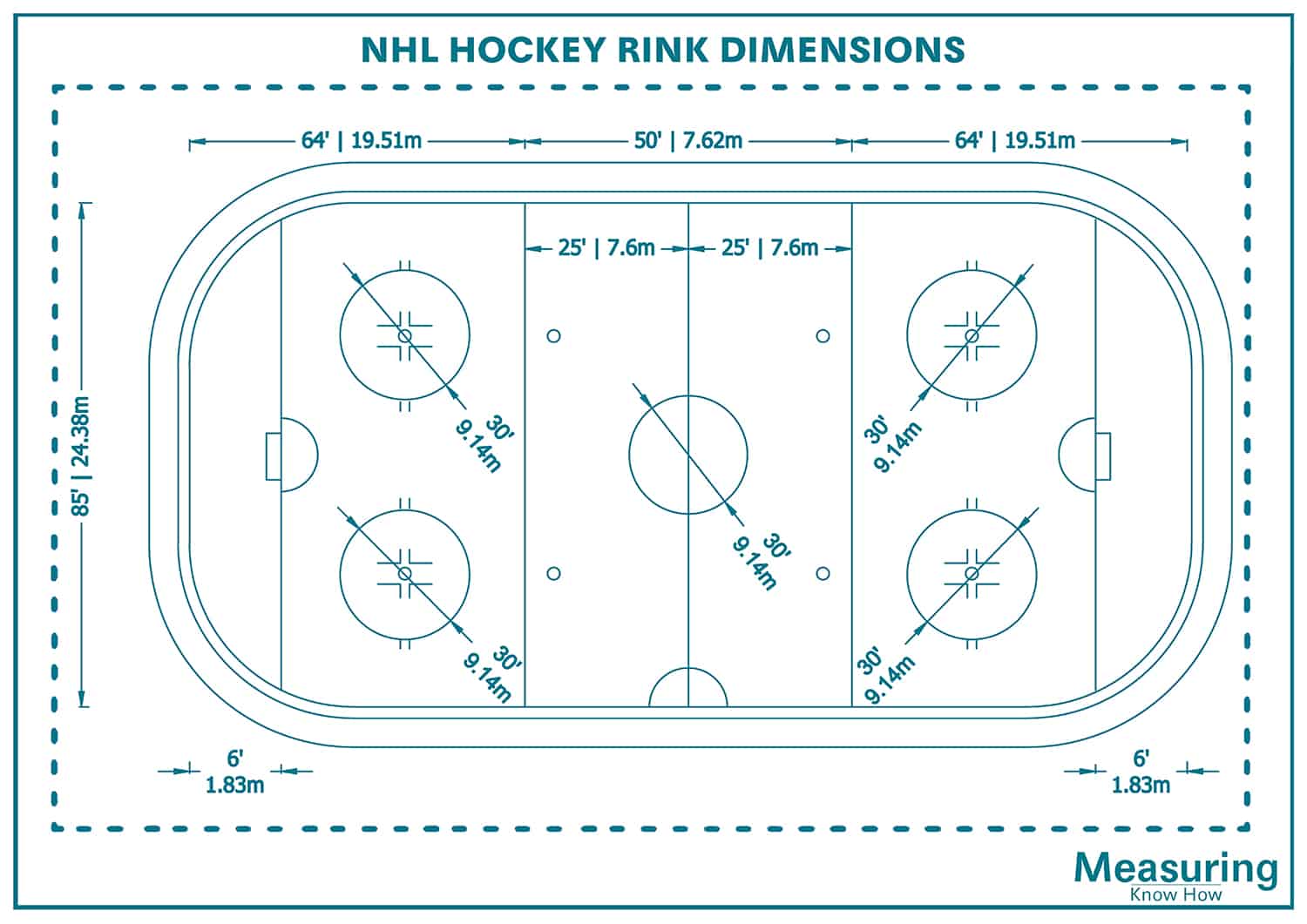 The 32 teams that participate in the NHL—25 from the United States and 7 from Canada—play on standardized rinks set by the NHL.

In accordance with NHL rules, all rinks used for competitive play must measure 200 × 85 feet (60.96 × 24.38 meters). However, the rink is not a perfect rectangle as the four corners curve inward. Within the roughly 17,000-square-foot (1,486.2-square-meter) playing area, there are several markings to denote different areas of the rink. 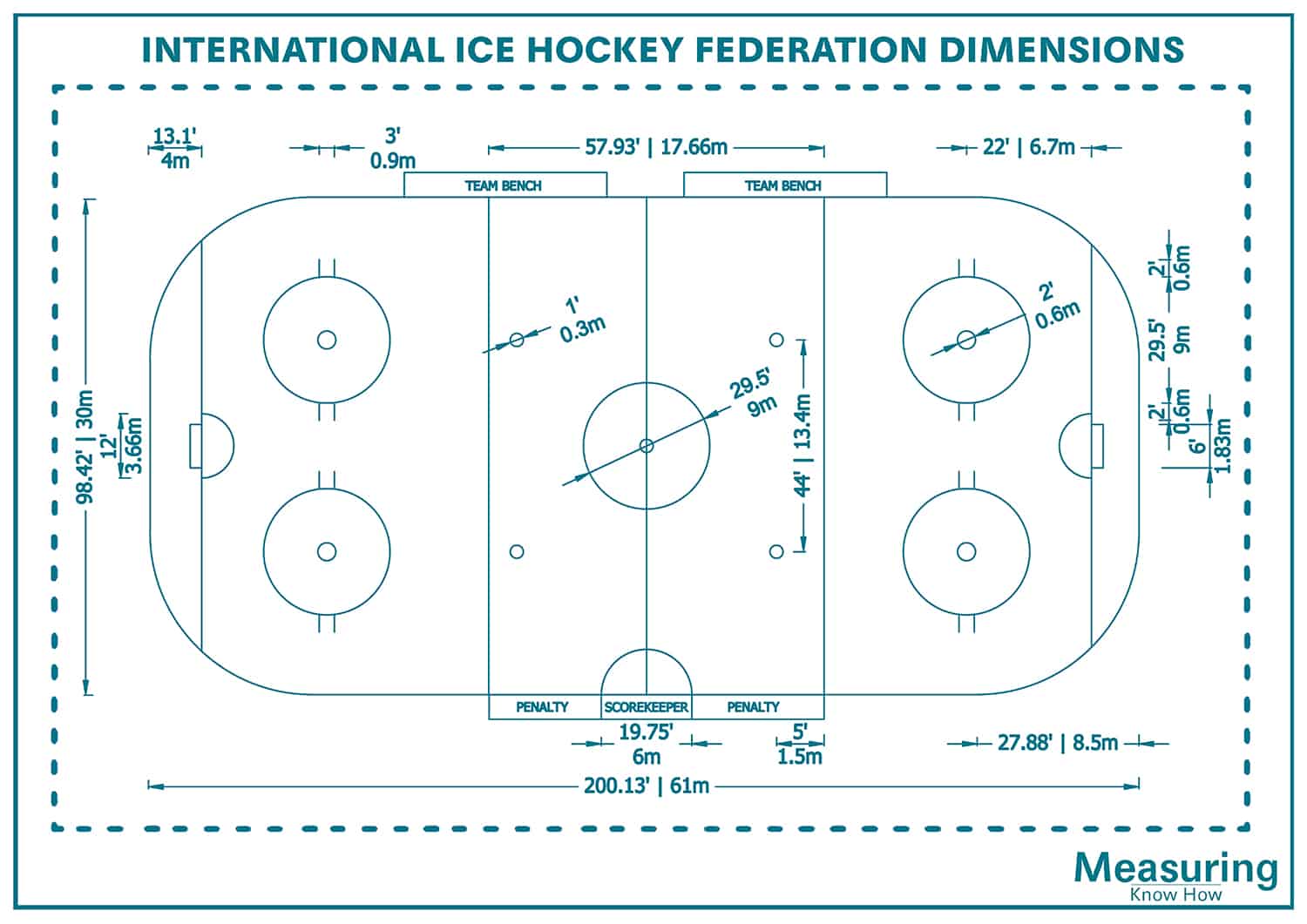 There are similar markings to that of the NHL with the following measurements: 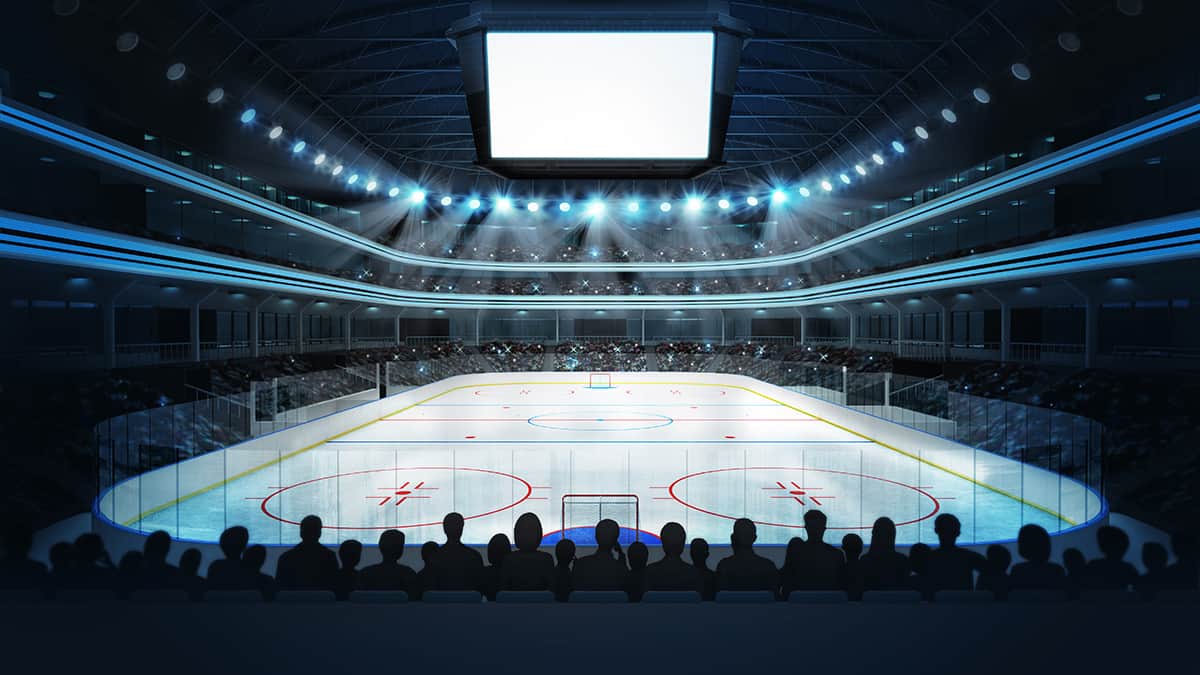 1. Where was the first indoor ice hockey game?

The first-ever indoor ice hockey game can be traced back to March 3, 1875. It was played in Montreal, Quebec after Canadian lawyer James Creighton practiced the sport along with his peers at Victoria Skating Rink. Before then, people traditionally played a version of field hockey.

The NHL was established in 1917, immediately after the National Hockey Association (NHA) went belly-up. The league started as an attempt to remove Toronto Blueshirts’ owner Eddie Livingstone from the NHA, whom other team owners had grown to demise starting in 1915. Since Eddie wouldn’t resign from his post, the other team leaders “retired” from the NHA and started a separate league.

3. What countries participate in the IIHF?

There are currently 82 teams around the world that participate in the IIHF. The federation started in 1908 and is based in Switzerland, and for 12 years, it remained a European-only league. In 1920, Canada and the US joined in, and not long after, countries like Japan and South America joined the federation.

4. Are all hockey rinks built the same?

In terms of the playing area, yes, all rinks used for competitive play must adhere to the standards set by their governing bodies. While the dimensions of the playing field are identical, there are subtle differences in terms of how the rinks are designed. For instance, the St. Louis rink was designed with strobe lights to capture better images of players. However, the lights would be a distraction during critical moments during intense competition.

5. Does the Olympics have a different hockey rink size?

Yes, you can. And because your backyard or local basketball court turned hockey rink doesn’t have to adhere to the NHL, you can make the rink as small or large as you want. As long as all players can agree on a set of rules, you can build and play on your own hockey rink.

As you can see, not all hockey rinks are the same size. The length and width of the rink are dependent on which governing body rules over it. For instance, NHL rinks must measure 200 × 85 feet, whereas an IIHF rink for top-level competition must measure 60 × 25-30 meters.

If you found this guide helpful, I’d appreciate it if you could share it on your social media. I’d also love to hear what size rink you played on during your school years (if you still remember).