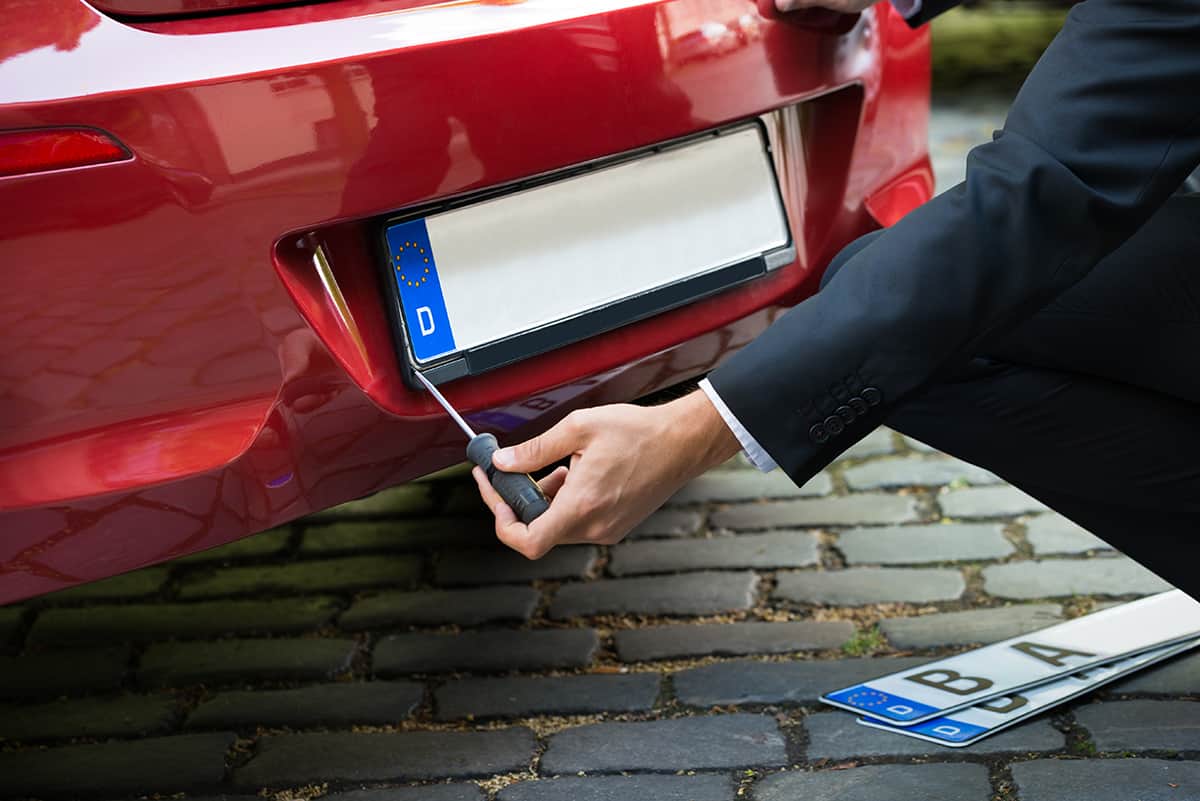 In the United States, you must have your car registered by the Department of Motor Vehicles (DMV) to legally drive it on public roads. Upon registration, you will receive a license plate that attaches onto the front and back bumpers with two screws each.

The standard dimensions of a license plate in North America, as well as some Persian Gulf and European countries, measure 12 × 6 inches (30.5 × 15.2 centimeters).  This might vary a little bit among US states.

You can also find the specific dimension in the drawing below. 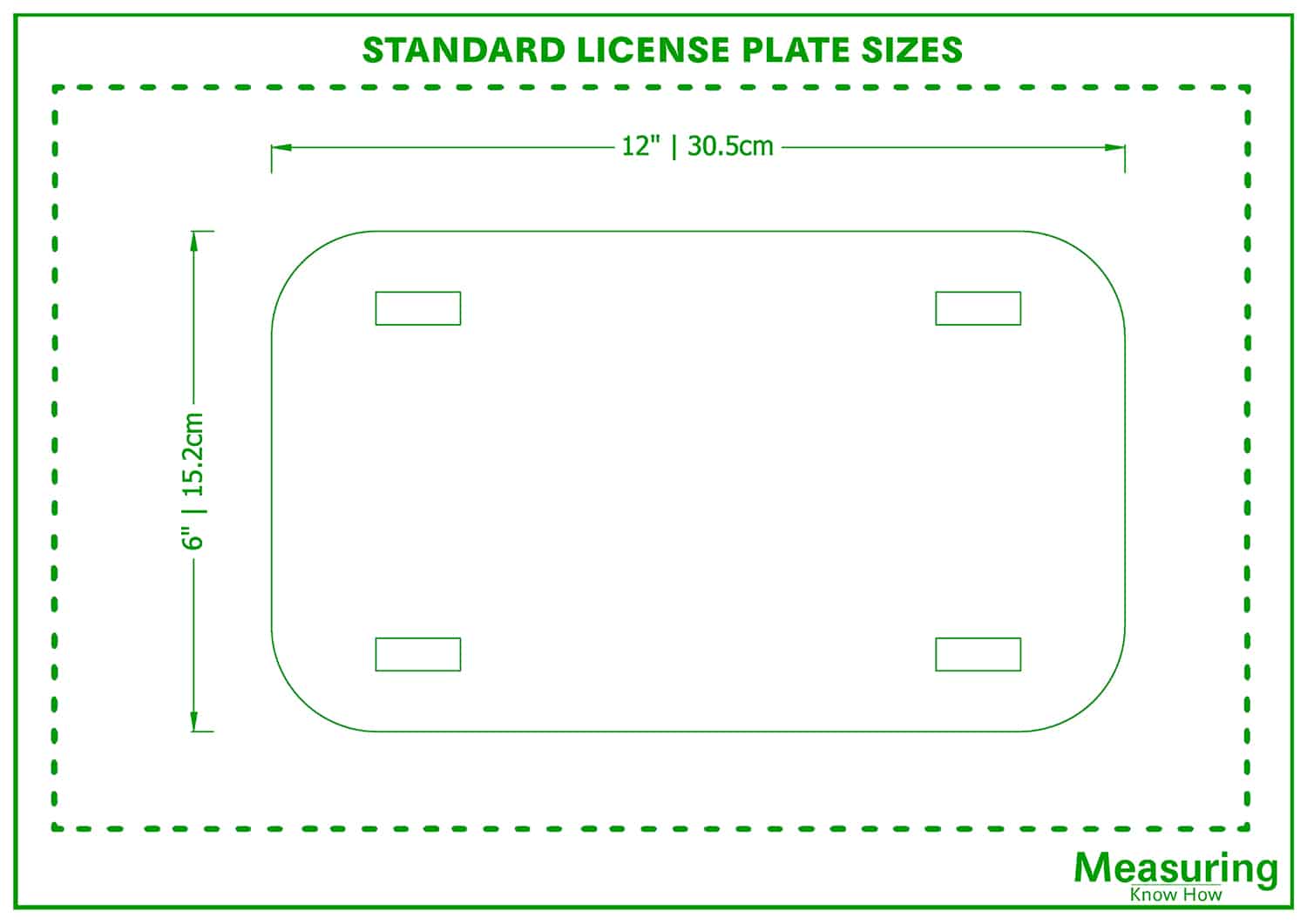 A Brief History of US License Plates

According to ThoughtCo., New York became the very first state to mandate license plates for all vehicles in the United States. It required owners to register their vehicles, after which they would receive their license plate numbers.

At the time, there was no standardized size. In fact, the owner of a vehicle was required to create a license plate out of metal or iron. using their own two hands. They also included the owner’s initials to signify who owned the vehicle.

This practice spread to Massachusetts, but not long after, there were thousands of car registration applicants. In 1910, Massachusetts became the first state to issue state-made license plates. 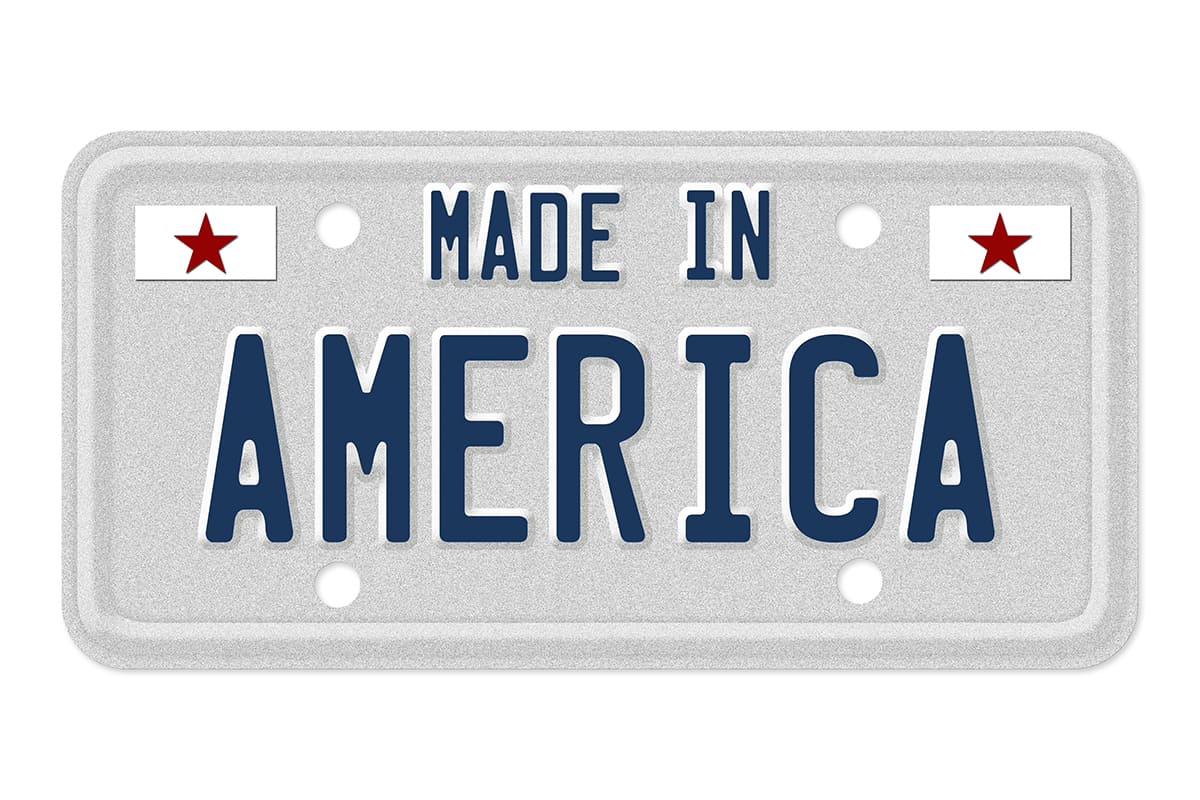 Today, you will find many countries in North America, Central America, and South America following the same license plate size. In such countries, the plate must measure 12 × 6 inches (30.5 × 15.2 centimeters).

From shortest to longest, here’s a list of countries that have vastly different car license plate size standards from the US and Europe:

As previously stated, the license plate dimensions above refer only to those of cars. In reality, the standard size of a license plate will depend on the type of vehicle it’s attached to.

Oddly enough, there is no standardized size for motorcycle license plates, at least in the case of the United States. This allows for customization to the ride, though the owner must be careful not to block the license plate numbers in any way.

Now, let’s take a brief look at motorcycle license plates in other countries and see how they differ from the US.

1. Why are license plate sizes standardized?

The reason car license plate sizes are standardized is economies of scale. Each state or country relies on a handful of organizations to produce state-issued license plates. If sizes varied from car to car or even city to city, then the government would have to pay more for customization.

2. What will happen if my license plates are larger or smaller than the state standard?

For starters, police may pull you over and issue you a ticket for driving with unofficial license plates. Your license plate only comes from the DMV after you’ve registered your car. The two plates you receive for your car are those that you should fasten to the front and back bumpers. Anything else, even if it meets the standardized size, is technically against the law.

3. Are all license plates the same size?

As you can see in the tables provided above, license plate sizes differ vastly between countries. There may even be differences in size between states, such as in the case of motorcycle license plates in Minnesota and the rest of the country.

4. What is an antique license plate?

5. How long do license plates last?