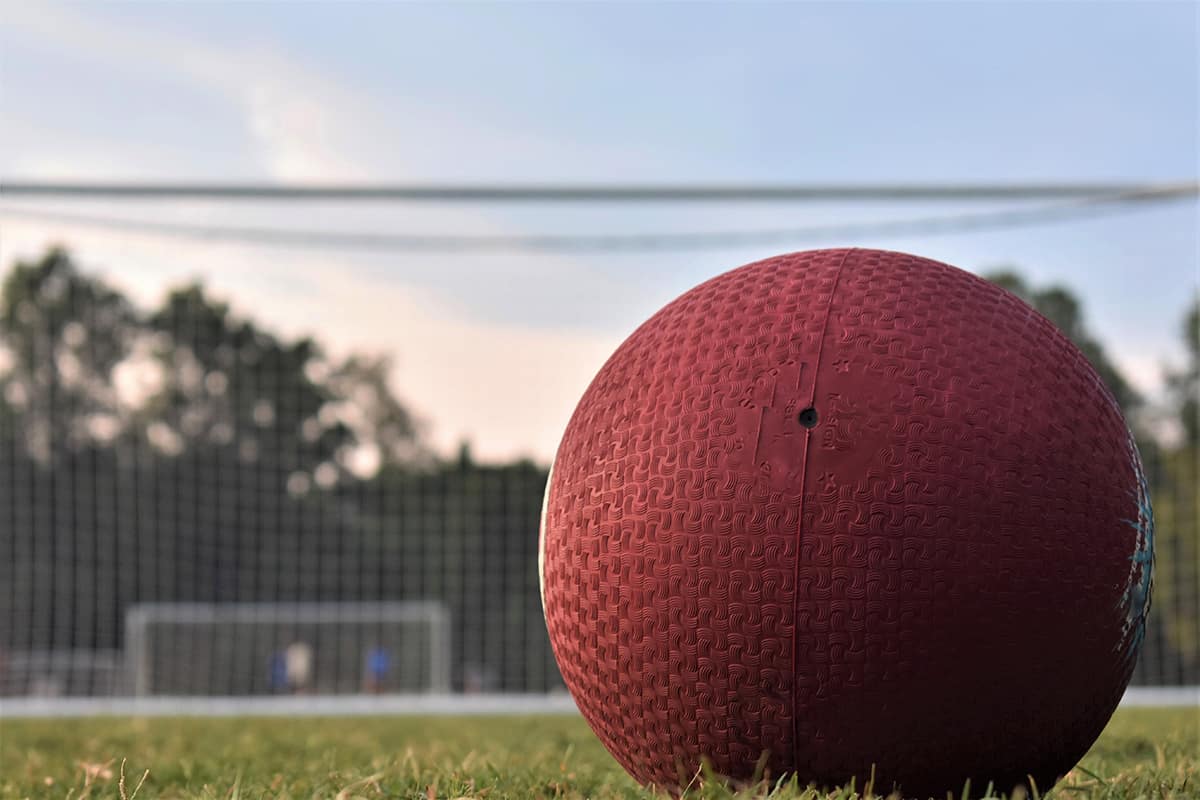 Kickball isn’t just a sport for children. There is actually a semi-serious kickball league in the United States led by CLUBWAKA. Anyone who’s played kickball before probably played on a baseball ballpark, but what are the official dimensions of a kickball field?

Kickball is played on a diamond that measures 60 feet (20 paces) between the 4 bases, measuring from the back corner of 2 adjacent bases. The pitching strip is precisely 42 feet 5-1/8 inches from the home plate and second base.

Seeing as how kickball is a serious sport, what other things should we know about the field’s design and equipment? In this guide, I’ll briefly explain the history of kickball before going into detail regarding the measurement of the field, the various kickball-related equipment, and the CLUBWAKA rules for playing kickball.

A Brief Look at Kickball’s History

If you thought that kickball is the result of mixing soccer and baseball together, you’re, for the most part, correct. Kickball was brought into schools in the US as a way to get children fascinated by baseball, but over time, kickball would grow to become its own sport. Kickball would eventually spread to schools all over Canada, South Korea, and Japan.

But kickball’s popularity didn’t just stop within the confines of school campuses. During World War II, American soldiers would engage in a fun game of kickball as a way of entertainment and staying in shape. It was during this time that kickball was at the peak of its popularity, but, as we see now, the number of serious kickball players is virtually nonexistent.

That’s not to say that the sport isn’t looked at seriously. The World Adult Kickball Association (WAKA), which would eventually become CLUBWAKA, introduced an official playing system for kickball in 1989. While there would be several adult kickball leagues all over the country, CLUBWAKA would become the league everyone looked toward. 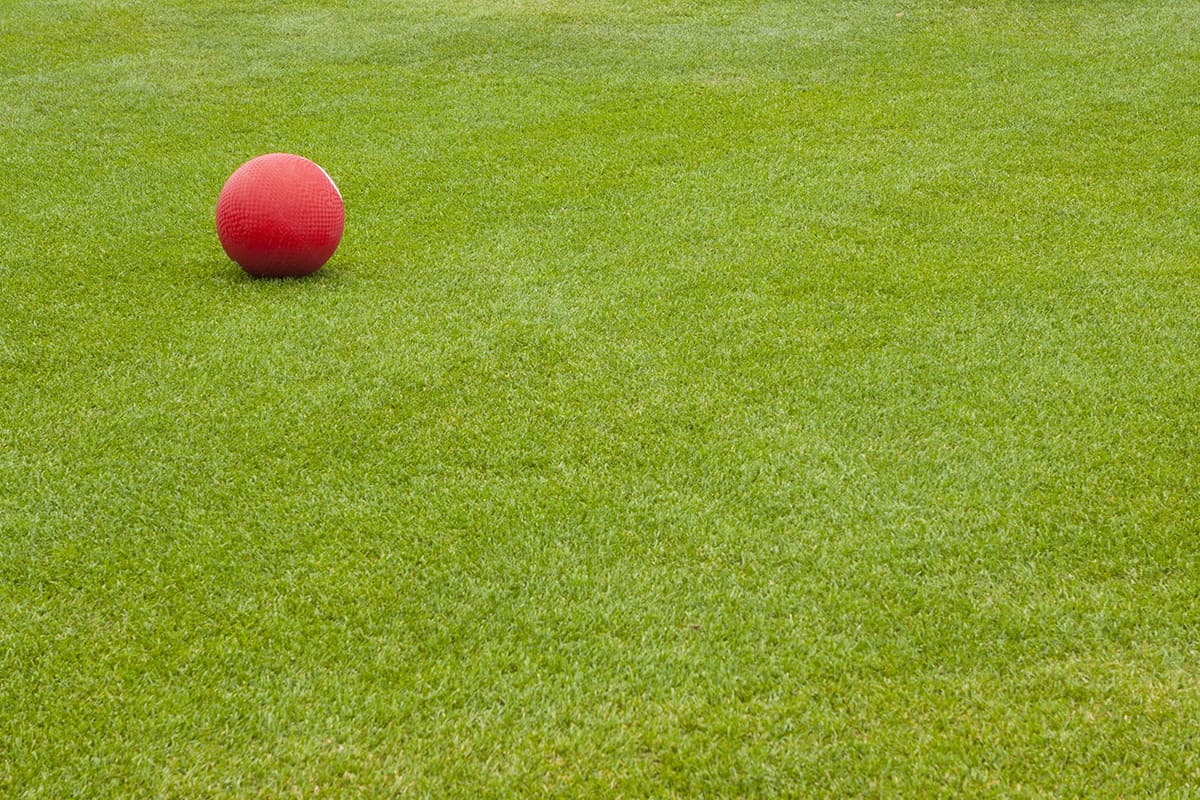 To play a game of kickball, the first thing you and your crew need to find is a kickball field. Although you can play the game in any open field, a kickball field will have the appropriate dimensions and markings for tournament play.

Let’s take a look at the dimensions and markings of a kickball field.

Dimensions of a Kickball Field

A kickball field is diamond-shaped, just like baseball, wiffle ball, and softball. According to CLUBWAKA, the field must have the following measurements:

Now that we know the basics of what size a kickball field is, let’s focus on the various markings.

Bases—The 4 rubber pads are located on all 4 corners of the kickball diamond. Each base must be spaced apart 60 feet apart from adjacent bases.

Pitching Strip—The strip is located in the middle of the diamond. This is where the pitcher stands while rolling the ball toward the kicker. The strip should be 42 feet 5-1/8 inches from home plate and second base.

Baseline—The line that connects each base to the adjacent bases.

Side Line—The line that markers the outer perimeter of the foul territory. The Side Line is placed 10 feet away from the Foul Line.

Fair Territory—Any part of the kickball diamond and beyond that is within the boundaries of the foul line.

Strike Zone—The invisible line spaced 1 inch in all directions from the home plate, including the area above it. 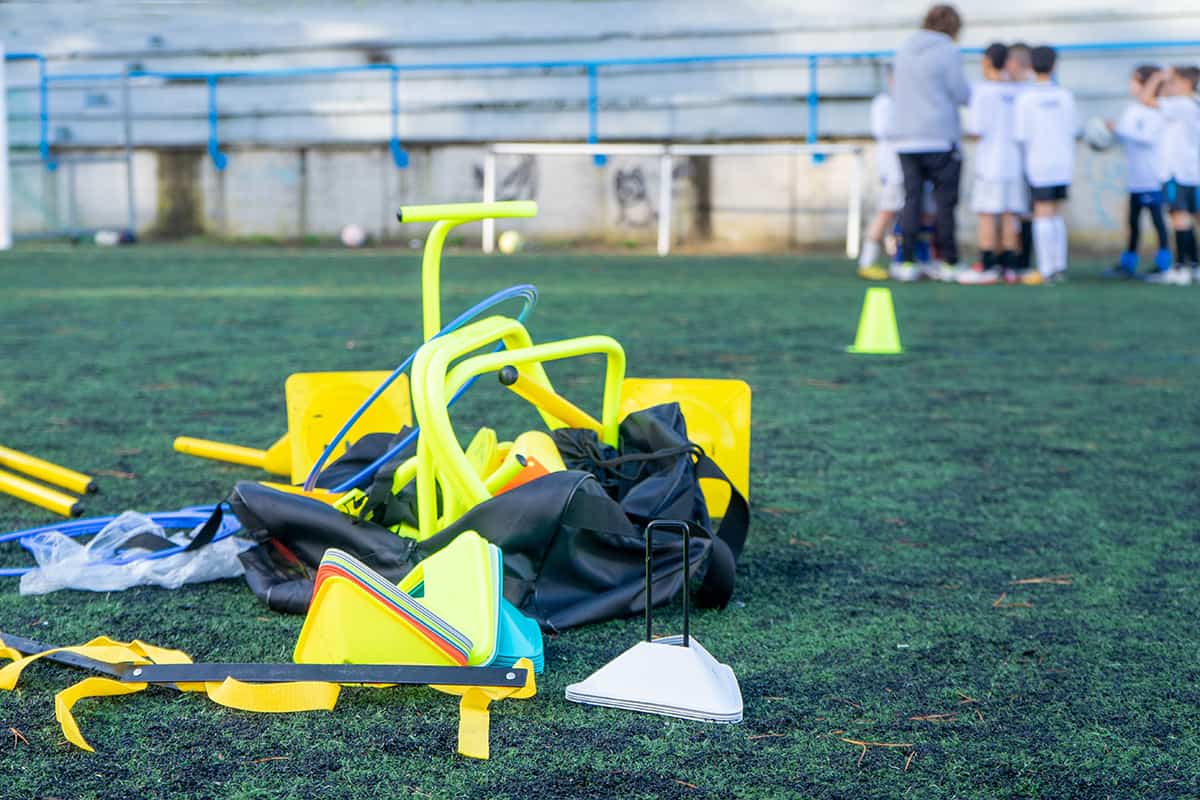 The equipment you need for a regulation game of kickball can be found down below.

The ball can be any bouncy ball or dodgeball, but for official tournaments, the ball must be made of rubber. The kickball dimensions should be 10 inches wide at a pressure of 1.5 pounds per square inch. An official WAKA ball should be used for regulation games.

There are 4 bases—home plate, first base, second base, and third base. Home plate is pentagonal in shape, while the other bases are perfect squares.

The pitching strip should be rectangular in shape. It should also be flush with the ground to prevent it from knocking the ball out of course when it makes contact with the ball.

CLUBWAKA doesn’t monitor uniforms as closely as other semi-pro leagues. Instead, WAKA states that the players must wear athletic clothing, and metal cleats are prohibited.

Kickball players may wear sunglasses while playing, while referees and coaching staff can carry clipboards. Only the referees are allowed to have whistles.

CLUBWAKA has created a long list of rules that dictate the field, equipment, and player conduct during official tournaments. You can find the list of rules here, but I’ll list some of the most important rules that anyone can follow for unofficial gameplay.